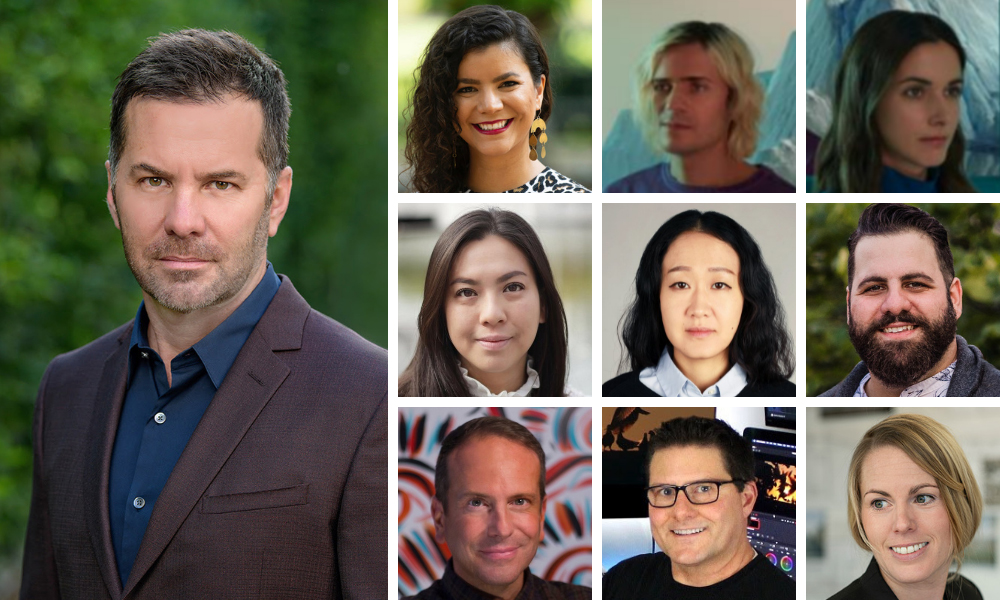 Noon will lead a centralized business affairs and production organization, with teams embedded in each creative unit. He will work closely with the units’ leaders — Karey Burke (President, 20th Television), Jonnie Davis (President, ABC Signature), Tara Duncan (President, Freeform and Onyx Collective) and Craig Erwich (President, Hulu Originals and ABC Entertainment) — while also working to identify business strategies and synergies that maximize both the quantity and quality of content output. Additionally, Noon is charged with overseeing the growth of Walt Disney Television’s unscripted and animation slates.

The newly dubbed President was most recently VP of Original Series at Netflix, where he led the business team for original series during the company’s foray into original programming. He also oversaw the build-out of the company’s internal studio, overseeing its deal-making and operations, including the formation of its production and post-production teams. Prior to Netflix, he worked for nine years at ABC Studios, first as the studio’s head of finance and then as vice president of Business Affairs. He began his early career in finance at Warner Bros. Television, Universal Television, InterMedia Films and Artists Television Group. 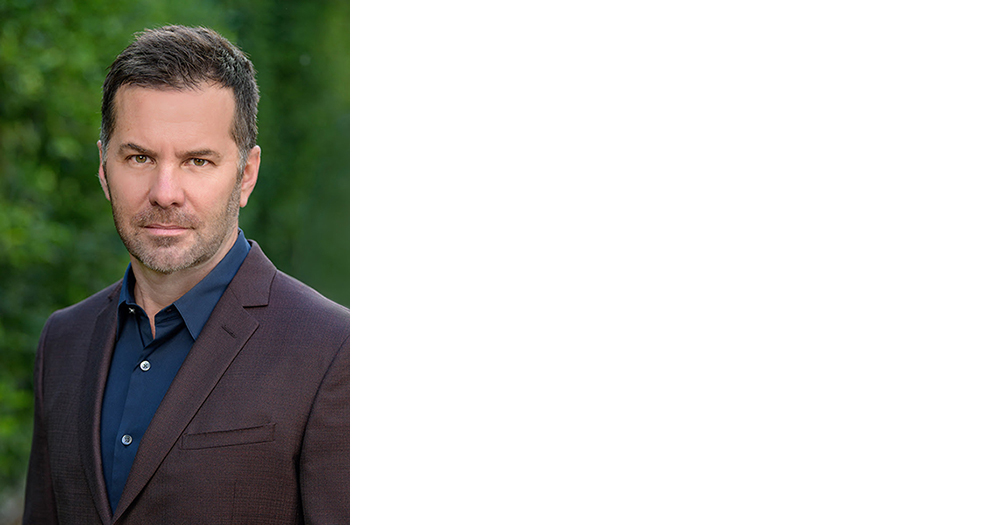 PBS announced that Maribel Lopez has been named Head of PBS Digital Studios (www.pbs.org/digital-studios). In this role, she will oversee efforts to further drive content delivery and audience development across digital platforms — including PBS’s YouTube channel, which boasts five of the platform’s top 20 U.S. education creators, three of the top 20 U.S. science & tech creators and averages 27 million users and 50 million views per month. She will assume the role on December 13 and will report directly to PBS Chief Programming Executive Sylvia Bugg. Lopez will be responsible for identifying opportunities to expand reach and implement strategies to advance the legacy of PBS, will serve as the executive producer of PBS’s original digital programming, oversee publishing operations and manage relationships with PBS member stations on behalf of PBS Digital Studios.

Lopez comes to PBS Digital Studios by way of Twin Cities PBS (TPT), a member station located in St. Paul, Minnesota, where she held several creative and leadership roles. Lopez is the executive producer of Sound Field, TPT’s award-winning music education YouTube series produced for PBS Digital Studios, and she has served as the managing director of Racism Unveiled, a multi-platform storytelling initiative about racism in Minnesota. She also oversaw Rewire.org, TPT’s national digital publication by and for young adults. Lopez has worked across various departments at TPT such as digital account management, partner relations, marketing & events and development. 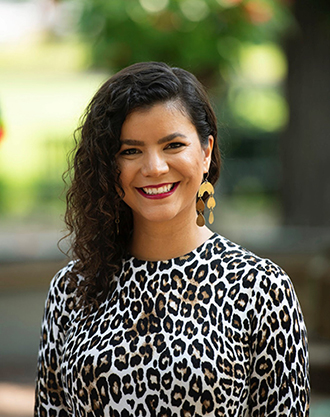 Award-winning global independent animation studio ZAG (www.zag.com) is establishing an anti-piracy department to protect the company’s intellectual property rights for its brands, content and products in the global marketplace and manage counterfeit enforcement. The immediate focus is for the company’s hit flagship brand, Miraculous, Tales of Ladybug and Cat Noir, whose retail sales have generated over $1 billion this year. The company’s anti-piracy efforts are spearheaded by Julian Zag, EVP, Global Operations and Head of Global Consumer Products.

ZAG has appointed two new Global Brand Protection Analysts, who will report to Christophe Vallade (VP Global E-Commerce) and work in conjunction with Ben Johnson (SVP Legal & Litigation). In their new roles, the two analysts will scan every online marketplace to detect, report and remove all counterfeit content and merchandise, lead legal investigations to reduce counterfeit supplies and protect the company’s content by analyzing websites and social media: 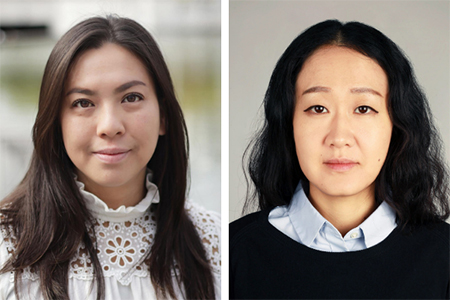 On the heels of a recent partnership with creative management company Sharon & Perry, collaboration with Brooklyn-based gallery Art Cake and a successful campaign for White Castle, design-led content creation studio Ataboy (ataboystudios.com) is growing its team with the addition of longtime collaborator Cameron Gray as their Executive Producer.

Gray boasts a well-rounded background in both broadcast production and post production advertising, with his most recent role being the Executive Producer for New Light, and Senior Producer at The Mill prior. Throughout his career, Gray’s ability to solve complex problems, build successful strategic partnerships and over deliver on expectation, has made him the go-to for challenging, multi-layer campaigns. He has collaborated with agencies such as Publicis, Vayner, Velocity, BBDO, Deutsch, Mythology and on campaigns for global brands that include: Pepsi, Target, Captain Morgan, 7-Eleven, Red Lobster, Stila Cosmetics, Home Depot and MiO. 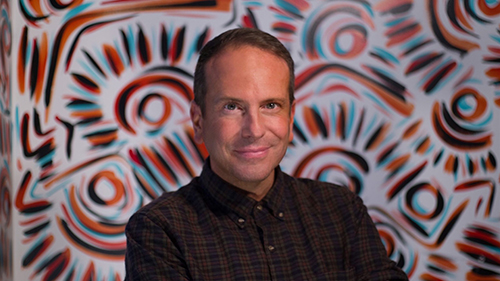 Global mixed-media powerhouse Psyop (psyop.com) announced that the directing duo, Vallée Duhamel has officially joined their roster. The dynamic team-up of Julien Vallée and Eve Duhamel specializes in unique visuals, commercials and installations that favors a playful and experimental approach toward work. The duo is another feather in the company’s cap, having established itself as a best in class creator with over two decades of groundbreaking work.

Vallée Duhamel are known for creating exciting and unexpected work that twists reality through visual storytelling. They continually surprise and delight the viewer with complex narratives that combine high end production techniques with their own poetic brand of design and art direction. This signature playful style can be seen throughout their work for some of the world’s most iconic, sought-after brands, including Target, Apple, Google, Samsung, Hermès and Coca Cola. Their short film, Strangers, has won numerous awards including the Audience Awards Winner for Excellence in Title Design at SXSW. Their work for AXA was recognized by a Bronze campaign at the Cannes Lion and their latest music video for Katy Perry was acclaimed by Billboard and included in the 10 best music videos of 2020 by Creative Review. 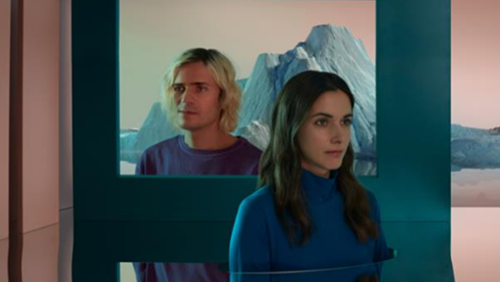 Chicago-based commercial production company Almost Gold (www.almostgold.com) welcomed Anthony Palermo as the design-driven studio’s Art Director. Palermo is a seasoned creative who has collaborated with countless brands, agencies, and creative studios to visually shape ideas with striking effect. The addition of Palermo is part of Almost Gold’s strategic growth, in which he will play a key role in leading teams and helping facilitate the studio’s expansion into new markets.

Palermo previously worked with both Almost Gold’s Creative Director & Principal Linas Jodwalis and Executive Producer Paul Klinke at several different production companies in Chicago. The longtime freelance talent even originally introduced the two execs a few years into Almost Gold’s conception. He cites the shared history and a shared enthusiasm for collaboration as being central to joining the company. Raised in Chicago, Palermo went to film school at Columbia College with a focus on animation. His talent for motion design quickly transitioned into a career in short form content for the advertising industry. Some of his more notable work was created for brands like Capital One, Jack Daniels, Career Builder, and the Venetian Resort in Las Vegas.

Since the studio expansion in 2019, with the addition of a full color suite, VO recording capabilities and editorial rooms, Almost Gold has the capability of producing projects from conception to finish, or clients have the option of individual creative services. The pandemic shut-down proved to be a busy time for Almost Gold with the production of a variety of commercial and social content, most notably for MFS, Positec, FedEx, CAT, Insperity and Champion. The studio also facilitated the editorial for Seth Savoy’s film Echo Boomers, and created the title sequence along with several interstitials for the film. Check out Almost Gold’s latest reel here. 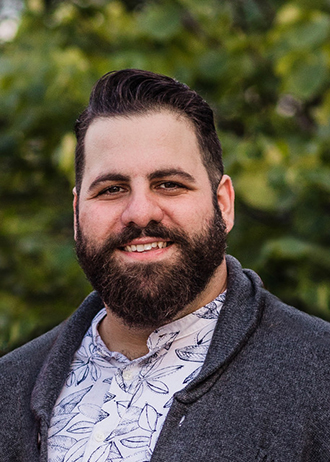 The French Institute Alliance Française (FIAF; fiaf.org), organizer of the Animation First festival, has named Tatyana Franck as the institution’s next President — charged with leading FIAF’s current growth in French education and culture in New York City and online. The news was announced by the FIAF Board of Directors. Upon assuming the role in March 2022, Franck will build on current President Marie-Monique Steckel’s impressive 17-year legacy of updating FIAF’s renowned spaces, theaters and classrooms, while building important bridges between French and American artists, thinkers, politicians and businesses.

Franck is currently the Director of Photo Elysée in Lausanne, Switzerland, one of the most highly regarded photography museums in Europe. Under her leadership, the museum has reached unprecedented heights in recognition for its enriched collections, exciting new partnerships, local and community engagement and international influence. Before Photo Elysée, Franck was Director of the Claude Picasso Archives in Paris and Geneva and attended Columbia Business School’s Executive MBA Program in Asia, London and NYC. She currently sits on several boards, including the Swiss Federal Design Awards Commission, Art Museums of Switzerland, Henri Cartier-Bresson Foundation in Paris (Treasurer), Fondation Art Explora in Paris and Fondation du Jeu de Paume in Paris. 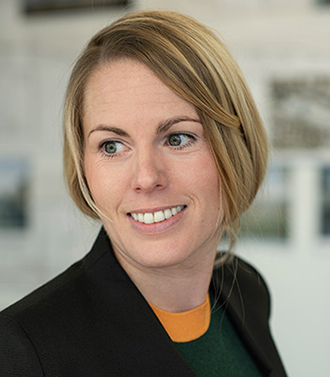 The Colorist Society International (CSI; coloristsociety.com) announced the appointment of Mark Todd Osborne to its Board of Directors. Osborne is a Los Angeles-based senior colorist with more than 200 film and television credits. As a Board Member, he will be involved in governing, managing and planning for the organization. He will also act as an ambassador for CSI to other industry organizations and the wider professional community. Osborne joins Kevin Shaw, President; Sarah Priestnall, VP; and Hugh Heinsohn, Secretary/Treasurer, on the CSI board.

Osborne, who joined CSI shortly after its founding in 2016, has been a colorist for 25 years, most recently as an independent through his post finishing company MTO Color. His recent credits include the Emmy- and Golden Globe-winning series The Act for Hulu and Dear… for Apple TV+ , as well as the feature films Silk Road, The Reckoning, Abuptio, The Walk, iMordecai, Panama, Castle Falls and Apex. Other notable credits include Need for Speed (Disney) and the cult horror hit It Follows (Radius-TWC). His background includes 12 years as a senior colorist at Company 3, Santa Monica, where his credits included Capote and Sunshine Cleaning. He also served as Supervising Colorist at Cameron Pace Group, where he graded 3D films, including James Cameron’s Deepsea Challenge for the Cannes Film Festival. 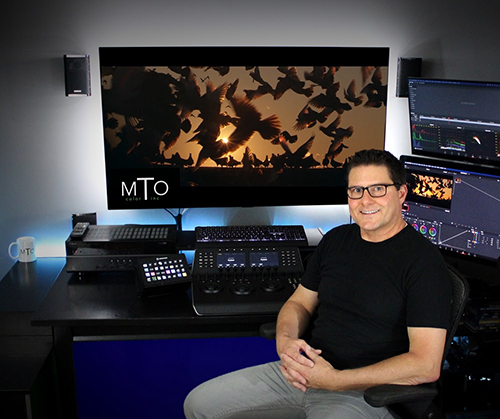