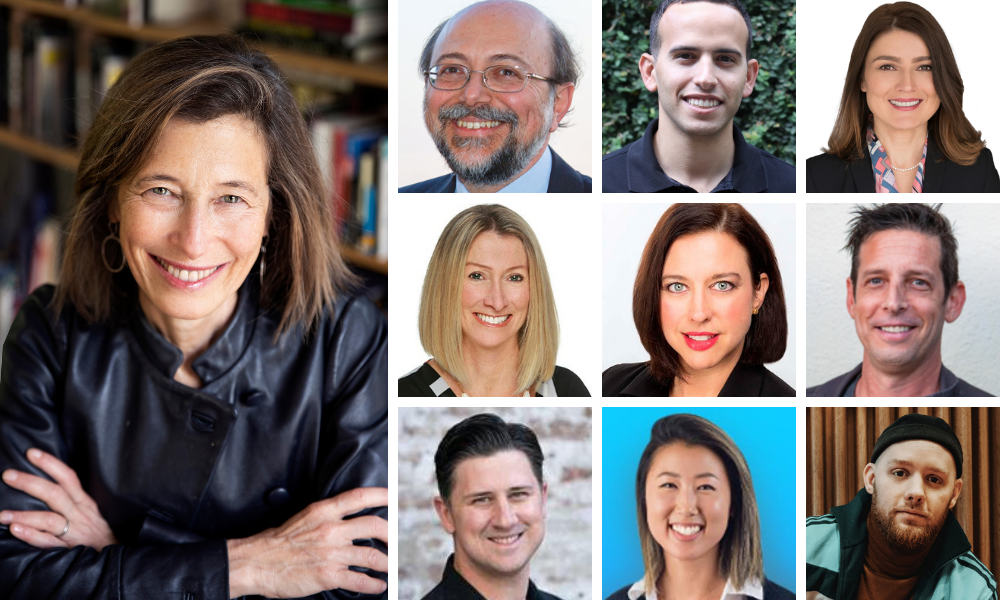 Corinne Kouper has been awarded Ecran Total’s 2021 Personality of the Year Award for her vast impact on the French animation industry in her roles as Co-President and Co-Founder of Les Femmes s’Animent, Board member of ECAS and of course, as Co-Founder and SVP of Production & Development of leading European animation studio TeamTO (www.teamto.com). “TeamTO is first and foremost a studio that produces some of the finest animation in the industry. However, we also want to be a company that can impact the lives of our community in a positive way by creating new opportunities and more diversity, being more inclusive, working against unfair practices and protecting the environment,” said Kouper. “It is an honor to be recognized by Ecran Total for this work that has been a part of our mission since the beginning.”

Some of the initiatives Kouper has worked on in her various roles at TeamTO, LFA and ECAS include: mentorship programs supporting first time women filmmakers; co-founding the first non-profit, free animation training program in France; gender parity at TeamTO across management, creative teams and on screen; helping create the first carbon footprint calculator for an animated series (which received UNESCO recognition); driving national campaigns to raise awareness and combat sexism and harassment in the workplace; organizing panels at Annecy focusing on women in animation; and building one of the most environmentally friendly studios in the world.

Kouper supervises all artistic, editorial and financial aspects of development and production for TeamTO and produced its original IPs (Jade Armor, Angelo Rules, Mighty Mike, Presto! School of Magic, My Knight and Me, Yellowbird, Oscar’s Oasis, Plankton Invasion), as well as Babar and the Adventures of Badou (copro with Nelvana). She has been awarded Cartoon Movie’s Producer of the Year 2015 and Cartoon Forum’s European Producer of the Year 2010. Angelo Rules, which she executive produced, received a 2013 Emmy Nomination and a 2010 Pulcinella Award. Prior to TeamTO, Kouper was EP of the first ever 3D preschool show, Rolie Polie Olie (Nelvana/Disney), which won two Emmy Awards and six nominations, and Zoe Kezako, winner of the 2004 Pulcinella Award at Cartoons on the Bay and an Emmy nominee. Kouper has been a member of the board for ANIMFRANCE for 10 years and is co-President and a founding member of Les Femmes s’Animent, which promotes the role of women in animation, and a board member of ECAS, a non-profit free-of-charge animation training program established by TeamTO in 2018. 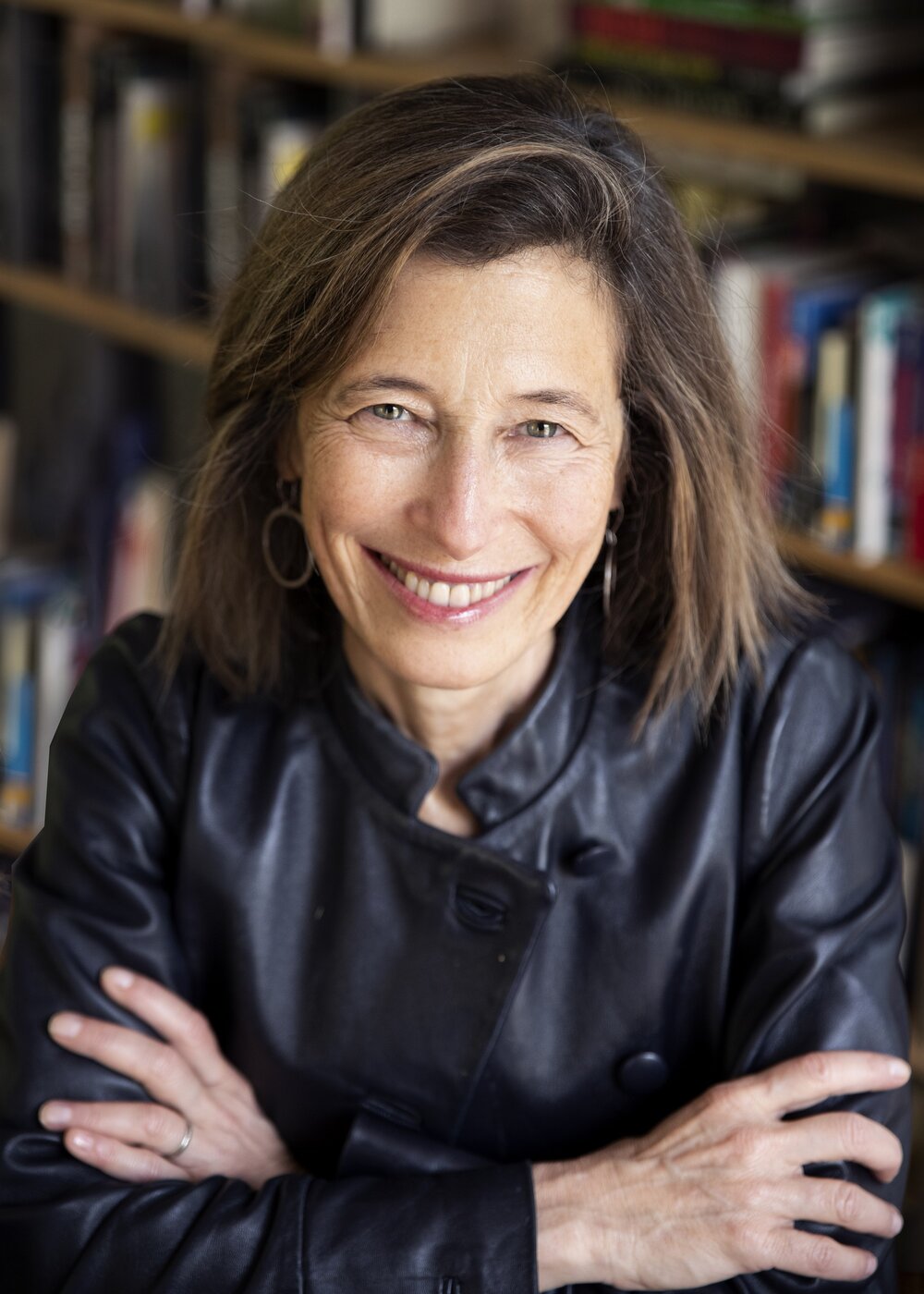 The Board of RAI Italian RadioTelevision (www.raicom.rai.it) has approved on December 16 a major reorganization, assigning the editorial responsibility and the budget to 10 new departments, called Editorial Genres. The 10 main departments by Genres include Entertainment (Primetime and Daytime), Drama, Documentary, Sport, News Talks, Culture, Cinema, Digital Contents, Kids. The role of TV Channel Director will disappear. Radio will maintain its organization. Luca Milano has been confirmed Director of Rai Kids, this is the new name of the department.

Milano’s position was previously Executive Director of Rai Ragazzi, the kids department controlling free-to-air channels Rai Yoyo and Rai Gulp, as well as the production and co-production units. Prior, he served as Deputy Director of the Rai Fiction TV drama department. Before joining Rai in the 1990s, Milano was an international affairs journalist, a UNICEF information officer in Geneva and manager of an Italian engineering consulting firm. He has served as Chairperson of the EBU Kids Media Experts Group since 2018. 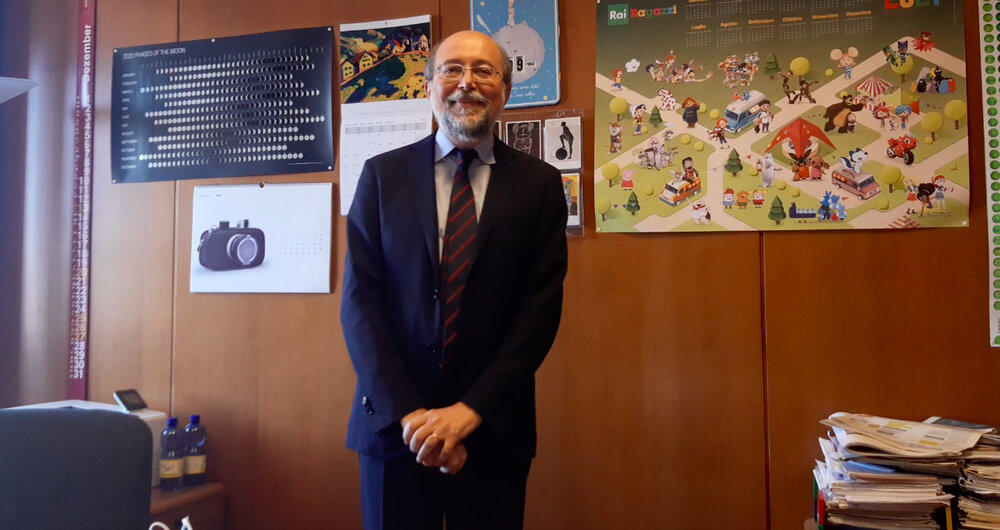 Berkowitz will oversee the development, production, distribution and acquisitions of IP across all Thunderbird productions, including those from Atomic Cartoons, Factual Division (Great Pacific Media) and additional scripted productions. Berkowitz will be instrumental to Thunderbird’s long-term growth strategy, which involves spearheading M&A initiatives for the Company, and further expanding IP opportunities for each division, thereby growing Thunderbird’s content library. Thunderbird currently has 27 shows in production (including owned IP and service projects) for major streaming organizations and traditional broadcasters.

Most recently, Berkowitz served as CCO of Thunderbird and Atomic Cartoons, and as an EP on various Atomic productions, including winning an Emmy award for The Last Kids on Earth. Berkowitz will be based in the Los Angeles studio, providing oversight to each of Thunderbird’s four locations (Vancouver, L.A., Ottawa and Toronto), and the team of more than 1,400 people. Outside the Company, Berkowitz is a producer on David Silverman’s animated feature film Extinct, recently released on Netflix. 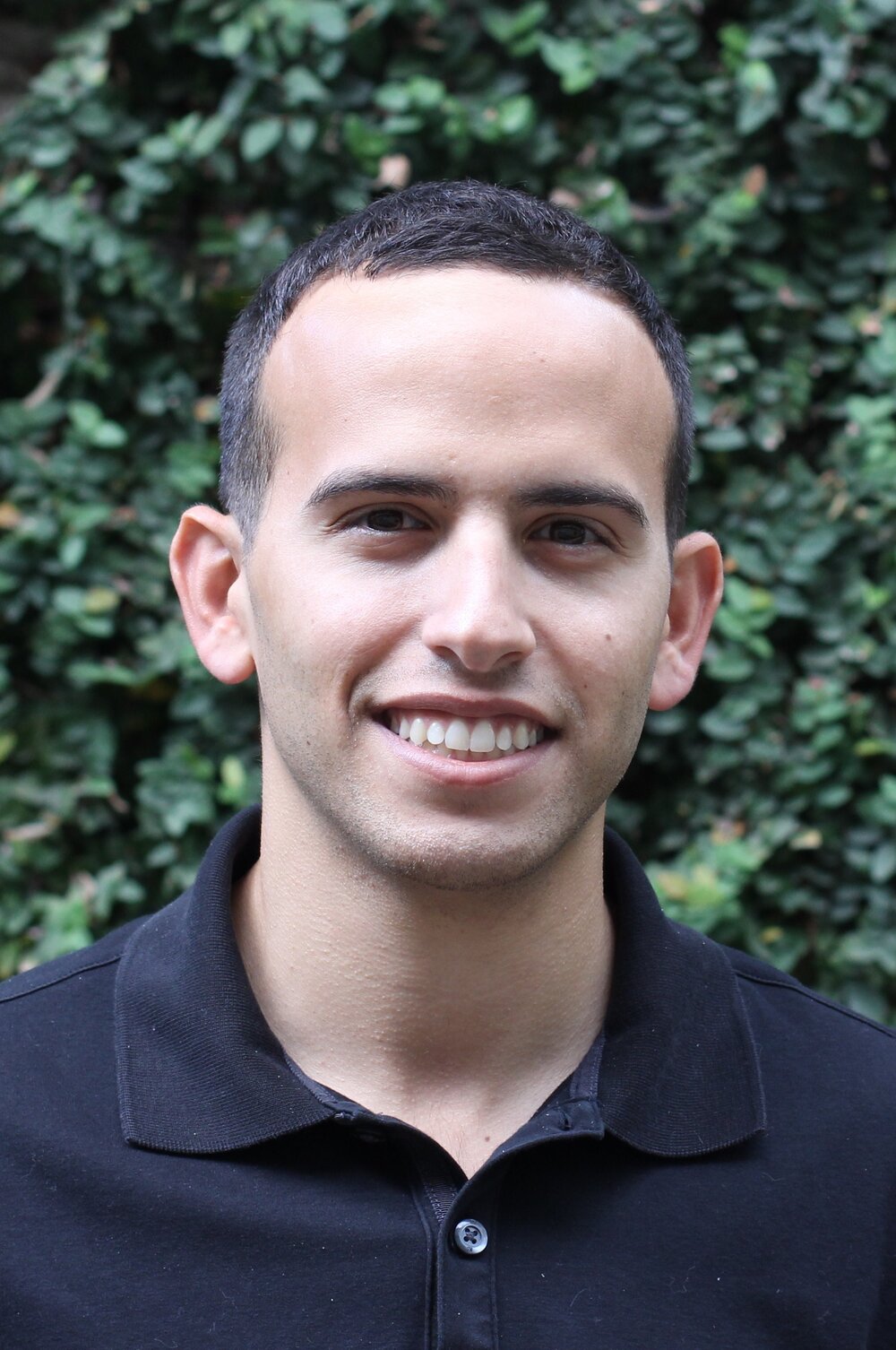 Following the success of PAW Patrol: The Movie ($135 million global box office gross) and announcement of an upcoming sequel, Spin Master Corp. (www.spinmaster.com) has promoted Jennifer Dodge to President, Spin Master Entertainment. Her expanded role will include sales & distribution of content and outbound consumer products licensing. During her tenure heading the entertainment division, Spin Master has enjoyed the success of several animated properties, including PAW Patrol on Nickelodeon, Mighty Express on Netflix and the series adaptation of battle game Bakugan. 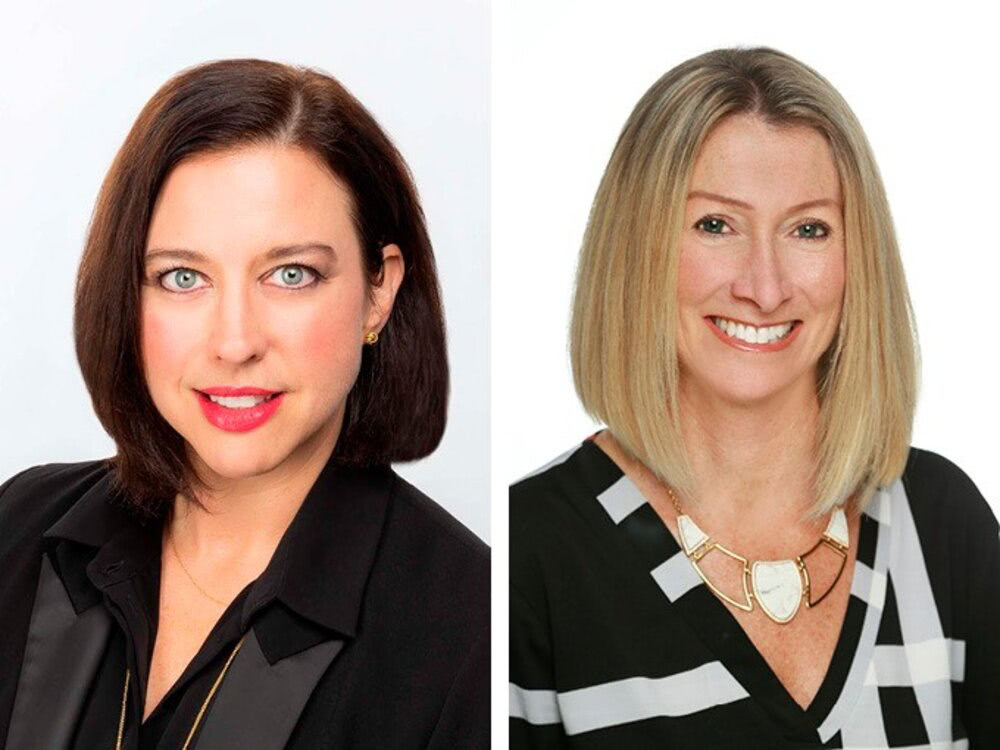 Belgian animator Renaud Lavency has joined the Hornet (hellohornet.com) director roster. Hailing from Brussels, Lavency is an illustrator, character designer and animation director known for blending evocative 2D illustration, unexpected color and cinematic storytelling into succinct, graphically bold bites. “You’ve never seen 2D illustration quite like this before,” said Hornet’s Head of Creative Development, Kristin Labriola. “We think Renaud has a POV in this space that feels both refreshingly familiar and yet completely unreplicable. No one can do what he does.”

Lavency’s contemplative approach to conceiving a brief and distinctive style have been applied to a broad range of work, including explainer films for Userway and a series of cinematic illustrations. Prior to becoming and illustrator/director, he spent the first five years of his career as a creative conceptor at Wunderman Thompson. “My goal with Hornet is to work on interesting projects with interesting and talented people — of which Hornet has many!” said Lavency. “My purpose is to create and have fun every day. When I work with new animators, I really like to meet them, get to know them, have strong relationships. If everyone is happy, the project is going to be good. That’s why I’m excited about the partnership with Hornet and think working with them will help me grow as a director.” 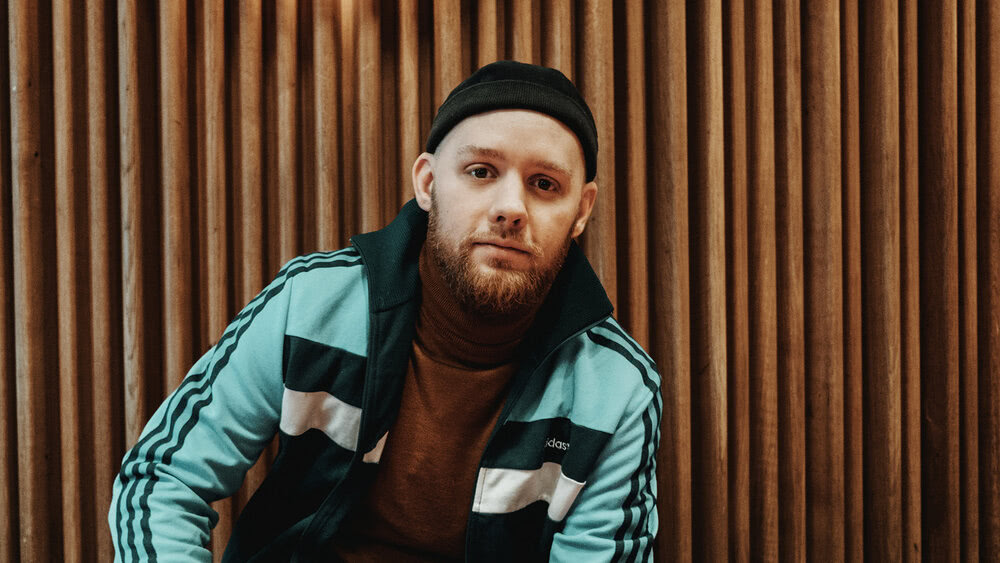 Following a major year of expansion with the recently announced acquisition of Canada’s WOW! Unlimited Media, Inc., and a major stake in Germany’s Your Family Entertainment AG, Genius Brands International, Inc. (www.gnusbrands.com) continues to strengthen its global operations and strategy with the appointment of Zrinka Dekic as Chief Financial Officer and Head of Strategy and Mergers and Acquisitions. Bob Denton will assume the new role of Executive Vice President of Finance and Accounting.

Dekic brings nearly 20 years of entertainment industry and financial markets experience, including corporate strategy, investment banking, investment management and corporate finance. At The Walt Disney Company, she held posts in Corporate Strategy, Strategic Planning and Business Development, where she was involved in a number of high-profile projects and strategic initiatives for the company. Prior to joining Disney, Dekic served as a Vice President in the Investment Management division at Goldman Sachs in New York, on the U.S. Fundamental Equity Portfolio Management team overseeing nearly $30 billion of assets under management. Most recently, she served as Vice President of Houlihan Lokey’s Investment Banking Technology, Media & Telecom (TMT) Group, where she was responsible for business development and execution across the sector, including media and entertainment, digital media, streaming technologies, animation and video games. Dekic holds a B.A. from Amherst College and an MBA in Finance from The Wharton School. 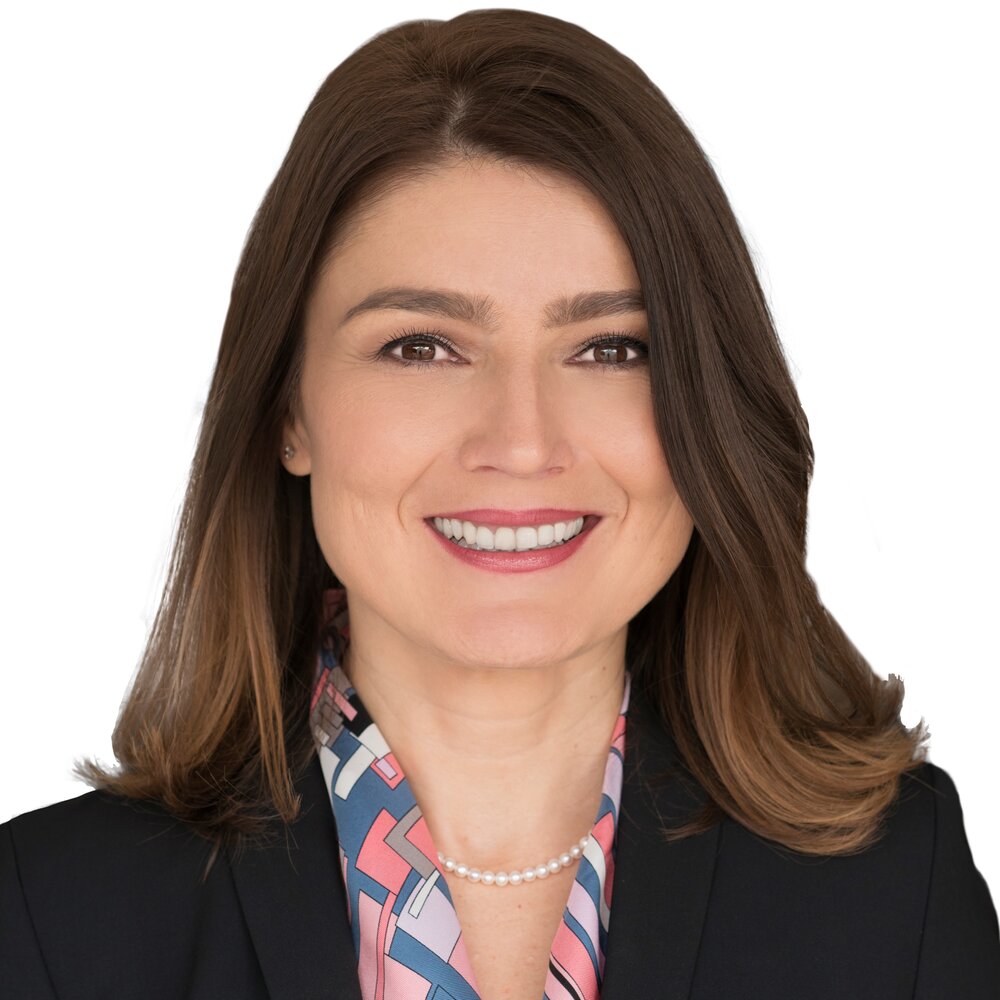 Adding to a historic year that saw Emmy wins, groundbreaking advancements to digital humans and a slate of blockbuster film and episodic projects, visual effects studio Digital Domain (www.digitaldomain.com) announces the addition of Darren Jaffe as Executive Producer for Advertising and Games. Jaffe brings more than two decades of experience working with both creatives and clients, and is poised to help bridge the gap between agencies looking to launch new campaigns and the artists that can bring those visions to life. In the new post, he will develop relationships with clients looking to make their mark in the advertising and games industries and oversee the work to ensure the client’s expectations are met.

For 17 years, Jaffe has overseen the creation of award-winning ads (Ford, Riot Games) and short-form content (Association of Independent Commercial Producers). After earning a master’s degree at Pepperdine University, he began his professional life as a teacher, but soon brought those skills to the world of commercial broadcast design and production, acting as a mentor and communicator to artists. Prior to joining Digital Domain, Jaffe spent time as the head of production at Brand New School, acted as director of motion graphics for Trailer Park, then held the role of executive producer for MPC, Superfad and finally Flavor Design. During his career, he oversaw campaigns for several Fortune 500 companies, including Adidas, Apple, Chevy, Coca-Cola, Ford, Honda, Microsoft, Nike Samsung, Target and more. 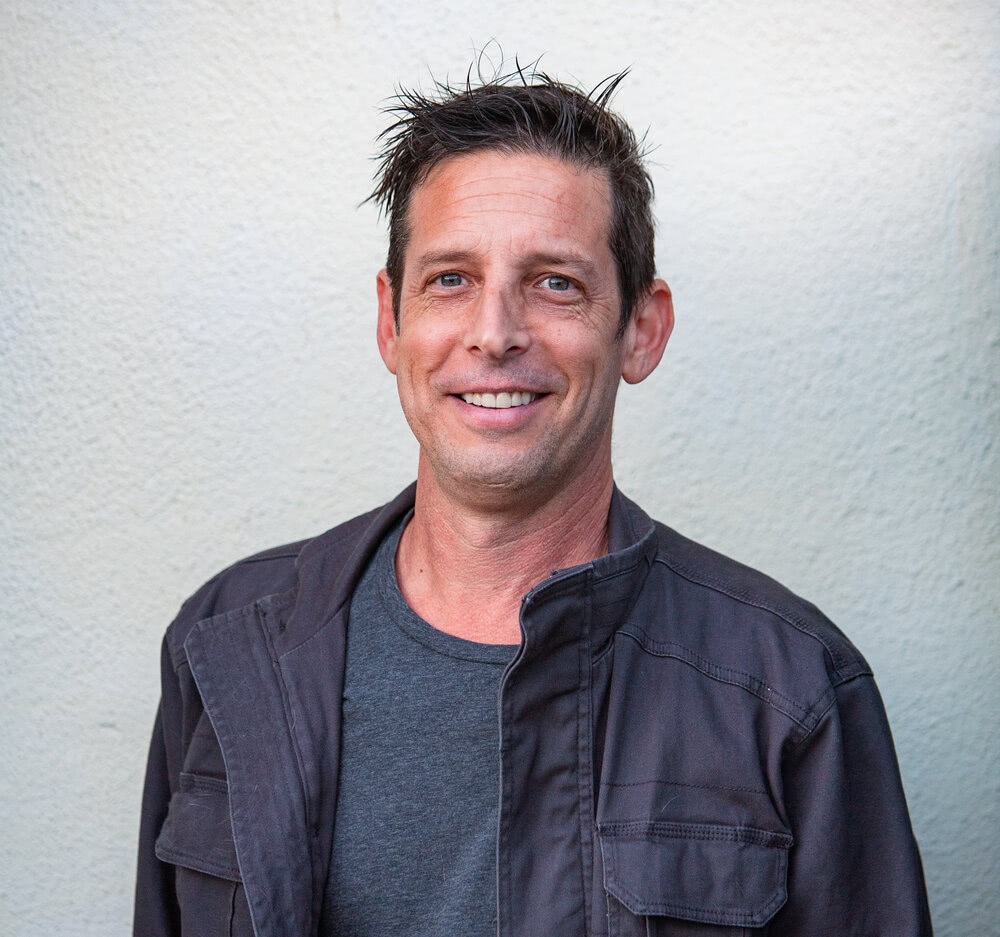 Common Sense Networks, parent company of Sensical (www.sensical.tv). the free, age-appropriate streaming service for kids 2-10, today announced the recent addition of two new executives: Jeff Skaggs, Head of Sales & Brand Partnerships and Michelle Kim, Head of Growth Marketing. Eric Berger, CEO of Common Sense Networks, said the hires are part of the company’s continued goal to accelerate growth of the ad-supported destination which rolled out this past summer and has been touted for its game-changing approach to creating digital media experiences for children.

Skaggs, an industry leader with over two decades of experience building and leading high growth sales teams in the digital video space, will utilize his multi-channel network experience to fuel the monetization of Sensical’s unique Creator Network across platforms and devices. He joins Sensical from BroadbandTV, where he was Head of Entertainment & Gaming. In his role at the world’s largest MCN, one that represented 5,000+ multi-platform digital creators, Skaggs led Direct Sales for the Western U.S. and spearheaded the go-to-market strategy for BBTV’s Kids & Family (Hooplakidz), Gaming (TGN), and Music (Opposition) verticals. Prior to BBTV, Skaggs led the Western Sales regions for two other major MCNs: At Vevo, he helped guide the West to its first $100M year of ad revenue. While at Fullscreen, he oversaw multiple award-winning brand integrations and a 900% increase in regional revenue over four years, contributing to Fullscreen’s acquisition by Otter Media in 2018. Skaggs received his MBA from The University of Notre Dame’s Mendoza College of Business and graduated from The University of Texas at Austin with a degree in International Business. He lives in the Los Angeles area with his wife, Katherine, and their four sons.

Kim, based in Los Angeles, is a data-driven and creative performance marketer with a proven track record in implementing marketing strategies within digital space. She will be responsible for spearheading customer acquisition for the streaming platform and joins Sensical after a decade at Match Group where she successfully built and scaled paid media channels across the portfolio as their senior marketing manager, where she led the team to double-digit year over year revenue growth. Prior to Match Group, Kim was a partner and a technology manager at Yodle (acquired by Web.com), a digital agency for small and medium businesses. She graduated from Carnegie Mellon University’s Tepper School of Business where she earned a BS in Business Administration. She lives in Los Angeles with her family and beagle.