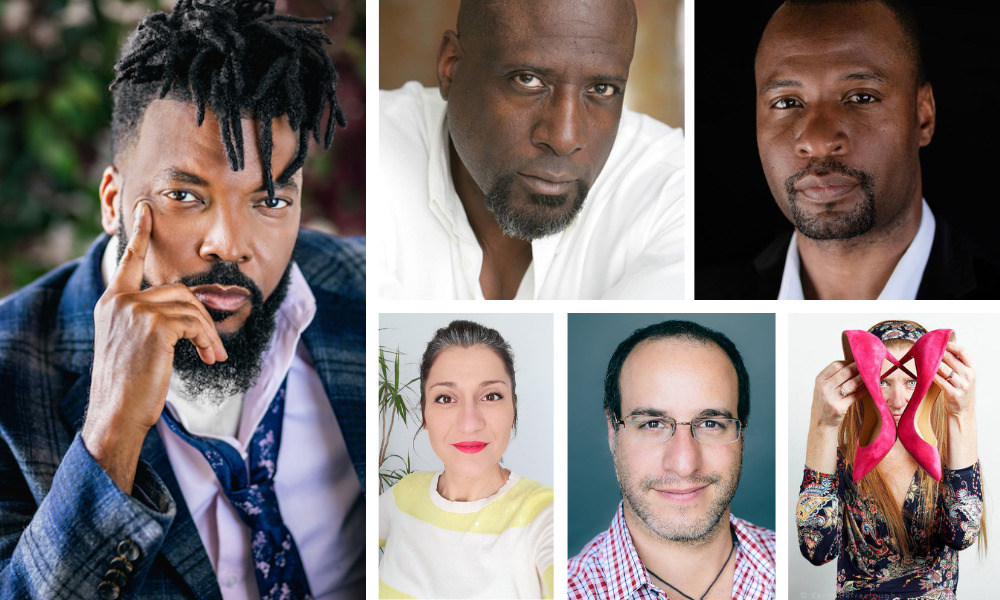 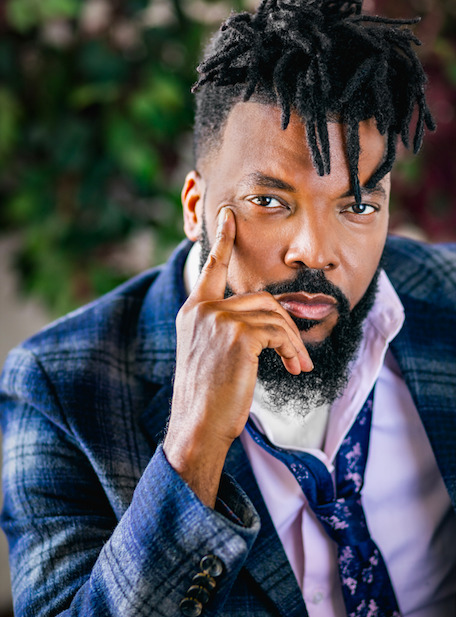 Strategic Heights Media (startegicheights.com) has been named the public relations agency of record for veteran animation producer, showrunner and writer, Carl Jones (@iamcarljones). Through his studio, Martian Blueberry (co-founded with Love Barnett), Jones develops content with a primary focus on animation. The company represents a collective of progressive minds, with innovative ideas and talent, that reach far beyond the boundaries of tradition. Strategic Heights Media will manage overall publicity efforts and media strategy for Jones and the studio.

Over the past decade, Jones has made a name in cutting-edge animated comedy, serving as co-exec producer on Adult Swim’s The Boondocks, the first Cartoon Network program to win a Peabody Award and be nominated for a NAACP Image Award, and as EP/head writer of Black Dynamite. Recently, he served as an EP on the animated reboot of Good Times for Netflix (Fuzzy Door/ACT III) and Young Love, based on the Oscar-winning short Hair Love, from HBO Max and Sony. Jones’ animation credits also include Freaknik: The Musical (co-creator), Legends of Chamberlain Heights (producer/writer) and The Jellies! 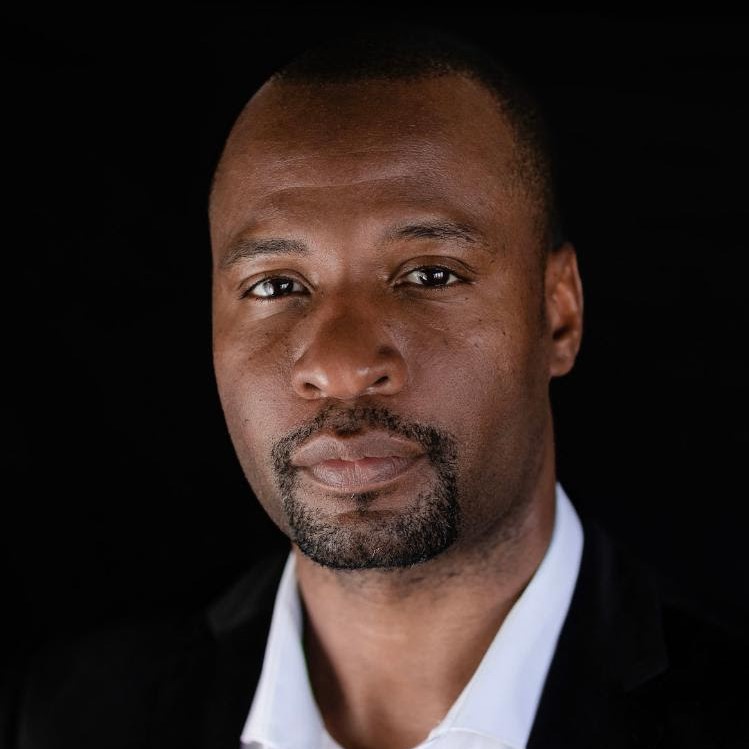 Director Erik Bernard and screenwriter, director, comic-book creator and actor/voice actor Kevin Grevioux, from the Underworld franchise, are teaming up to form Origin Filmworks in a move backed by Bondit Media Capital. The creative tandem will be producing high-quality, low-budget genre films in a niche market that will extend to comics, television, video games and beyond. The banner will also launch with a debut NFT collection at Cannes Film Festival via Kármán Line Studios.

“Kevin is a creative genius that I am very excited to work with and learn from him,” said Bernard, who wrote and directed the upcoming film Free Dead or Alive. “I’ve been a fan [of Grevioux’s work] since Underworld. We both bring different expertise to genre projects.” 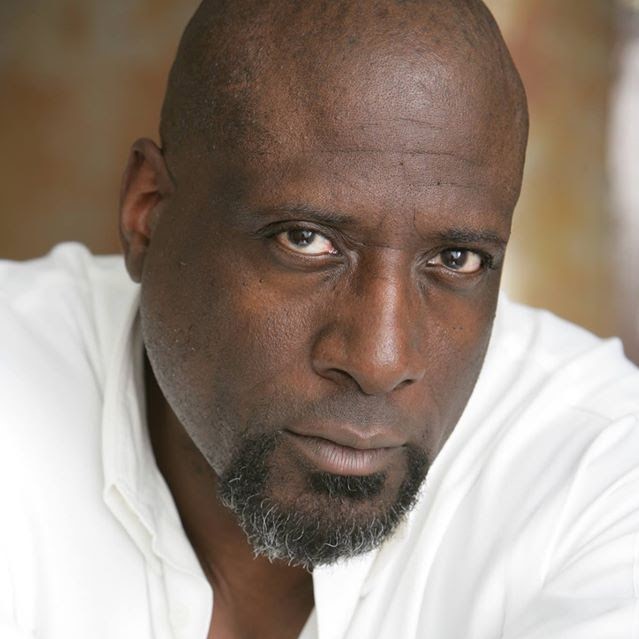 “Bernard is a rare combination of creative talent and business acumen who really has a keen eye for good projects and an intense love of genre,” said Grevioux. “He knows how to get things done.”

Besides writing the original screenplay for Underworld, Grevioux’s writing credits include 2014’s I, Frankenstein and his directorial debut, the upcoming action/thriller King of Killers. Grevioux also has penned comics and animation for his own Darkstorm Comics, as well as the industry powerhouses Marvel and DC Comics. His animation VO credits include Young Justice, The Batman and Cannon Busters. Grevioux is repped by Brent Johnson of One Entertainment. Bernard is represented by Espada PR & Entertainment & Rebel 6 Films. 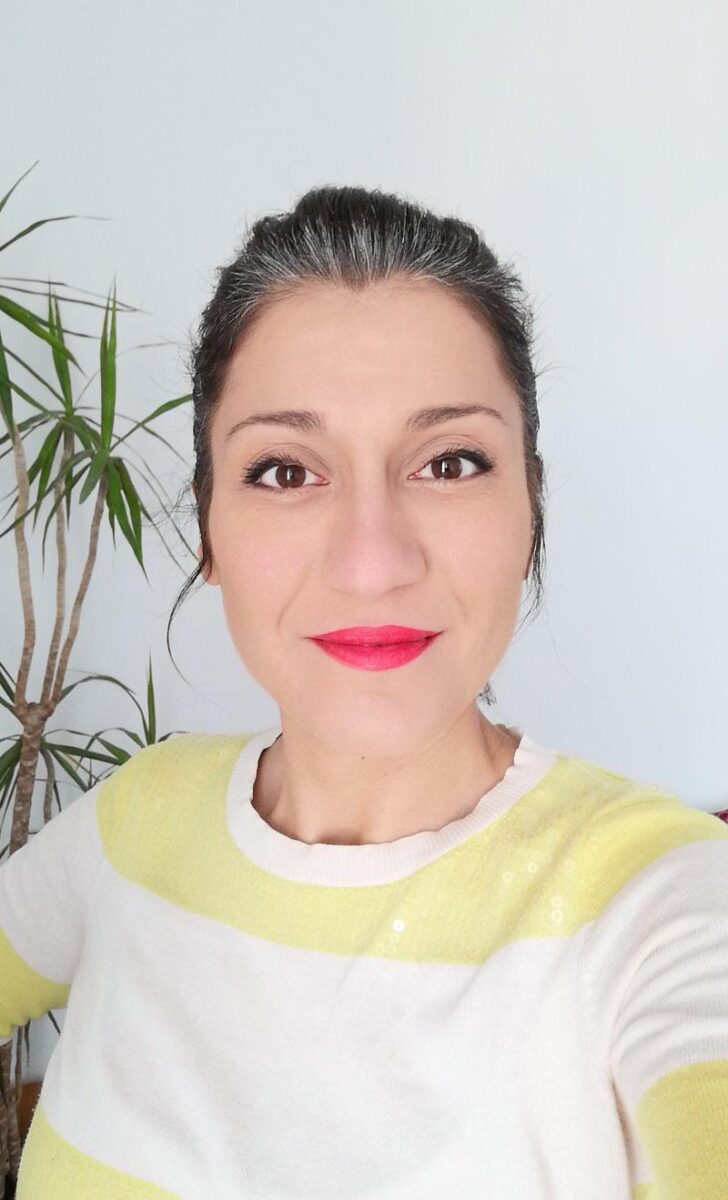 Superprod Group (superprod.net) has appointed Laléh Chloé Sahraï as Head of Recruitment & Talent Development, following the rapid organic growth of the group’s studios in Paris, Angoulême and Milan, which now employ nearly 600 people in total. Superprod is currently in production on seven series and two feature films, both animation and live action, and will be attending the MIFA market at Annecy 2022 for its next recruitment campaign.

With several years of experience in the digital and animation production sectors (BUF, Illumination Mac Guff), Sahraï held many leadership roles before turning to recruitment in 2020. In the new post, her mission is to strengthen the studio’s relationships with various animation, art and graphic design schools, foster loyalty among the group’s talent, and support talent in their career development. “The animation sector is highly competitive, so it is essential to recruit and retain the best talents in order to produce further creative and ambitious projects,” Sahraï noted.

Under the leadership of Human Resources Director Nicolas Gressent, Superprod’s HR team intends to consolidate the group’s network through various tools and training programs, including a initiatives to develop talents and managers; technical & linguistic courses; conferences/campaigns on issues such as diversity & inclusion and mental health; and a new recruitment platform plus HRIS software for better long-term support.

Nice Shoes (niceshoes.com) has promoted Jason Farber and Beth Fitzpatrick to Executive Producers, after serving as Co-Heads of Production, during which time they demonstrated outstanding talent and worked collaboratively to unify the team, driving a cohesive advertising offering. As EPs, the duo will work to elevate the studio’s end-to-end services through their respective departments, continuing to forge strong relationships with colleagues and clients alike. 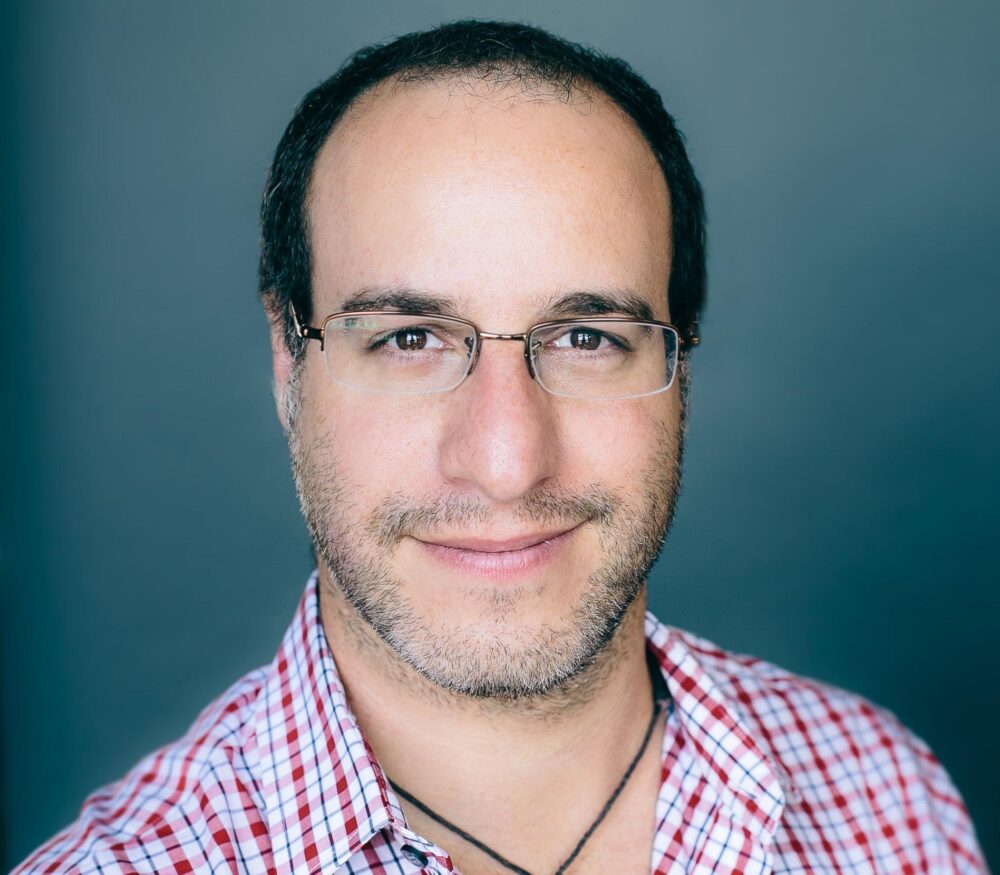 Over his 16-year tenure at Nice Shoes, Jason Farber has been involved in a number of full scope projects that underscore his suitability to the role of EP, overseeing color, beauty, VFX compositing and CG. He has also been a part of the studio’s evolving relationship with major automotive companies, with remits spanning versioning, color, CG and cleanup responsibilities. In his new role as Executive Producer of Color and Finishing, Farber will heighten his focus on providing a first-class experience for all Nice Shoes clients. He will also be working more directly with talent to help showcase their skills and develop their careers. 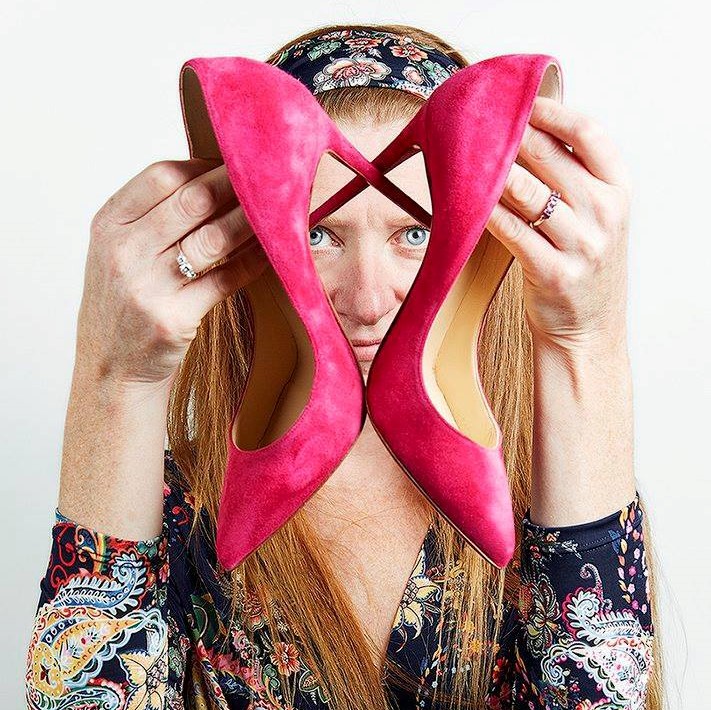 Beth Fitzpatrick has acquired a comprehensive knowledge of the workings of Nice Shoes, having collaborated with the studio as both a member of the team and as a client at Homestead, Cut and Run, Final Cut, Prodigious and Harbor Picture Company. By the time she joined Nice Shoes in early 2021, she had over 20 years of experience in commercial and short-form post-production, including offline, 2D, 3D, video finishing, and audio finishing. Fitzpatrick has honed her talents working with some of the industry’s top agencies, brands and talent on iconic creative work, such as Gillette’s 2021 NFL spot, featuring a Deion Sanders deepfake created using AI video technology. Fitzpatrick will now lead Nice Shoes teams As Executive Producer of 2D Animation & Editorial.

Award-winning creative company The-Artery (the-artery.com) has added two VFX and tech innovators to its growing roster. The appointments feed into the studio’s growth as it amplifies its feature film VFX work, fostering relationships with major studios like Paramount and Warner Bros., as well as collaborating with streaming players Netflix and Amazon Studios. 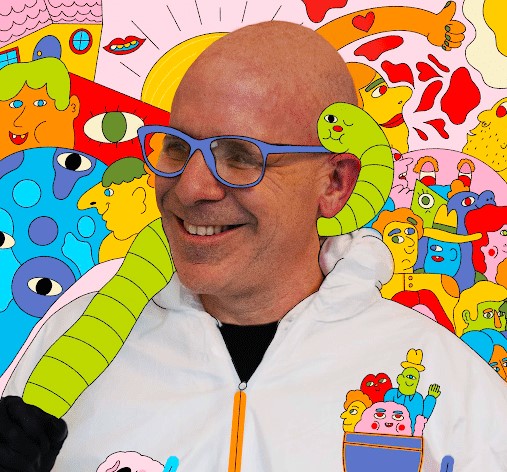 Elad Offer has been named Executive Creative Director/Head of 2D, bringing over 20 years’ experience as a VFX supervisor, producer and Flame artist. Leveraging his passion for technology and background in visual storytelling, Offer has created content for brands like Apple and Microsoft, working at agencies and VFX houses The Mill, Method / Company 3 and Framestore. Offer has also worked on Hollywood feature films including Pearl Harbor, Moulin Rouge and Get Smart, as well as music videos for Beyonce, Justin Timberlake, Missy Elliot, Britney Spear, and as part of the MTV Video Music Award-winning team for Outkast’s “Hey Ya.” 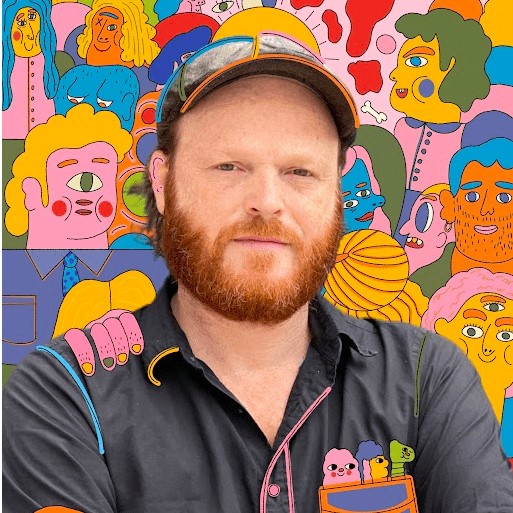 Yuval Levy, The-Artery’s newly appointed VFX Supervisor / Director, NYC, boasts two decades of VFX experience, spending half that period moving up the ranks at Gravity New York (formerly RhinoFX) from CG Supervisor/Head of CG to VFX/Digital Supervisor and Creative Director. Along the way, he lent his talents to hit movies such as The Adjustment Bureau, The Other Guys and Crazy Stupid Love. On the advertising side, Levy made his mark with the well-known, long-running Ford F-150 campaign – which he designed, directed and supervised for the Ford Motor Company – alongside work for BMW, Mercedes and Coca-Cola. He also spent five years in Toronto, supervising commercials and documentary films for National Geographic and The History Channel. Levy has also collaborated with artist Clifford Ross on The Digital Wave and other experimental/experiential projects. 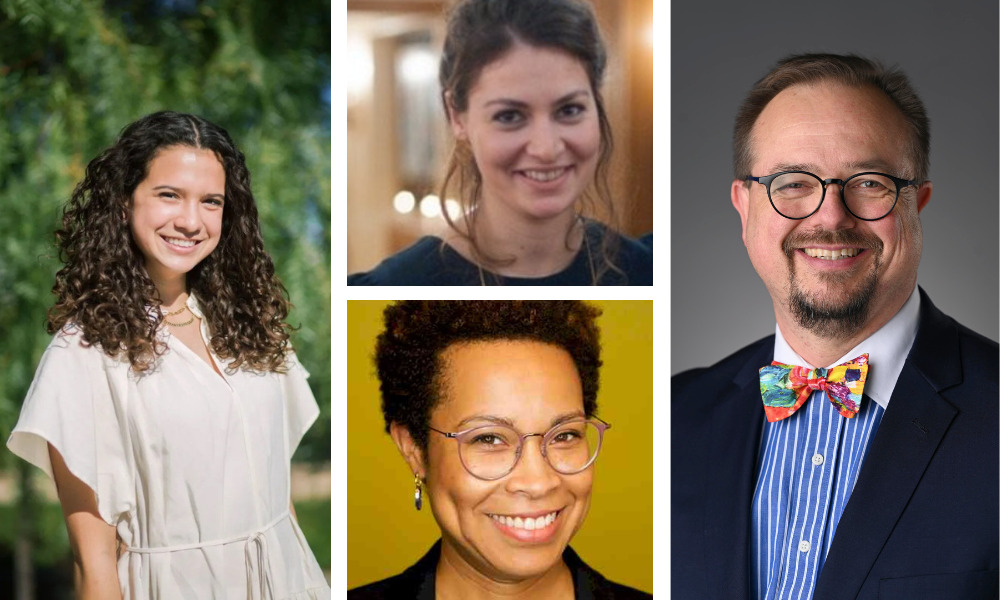