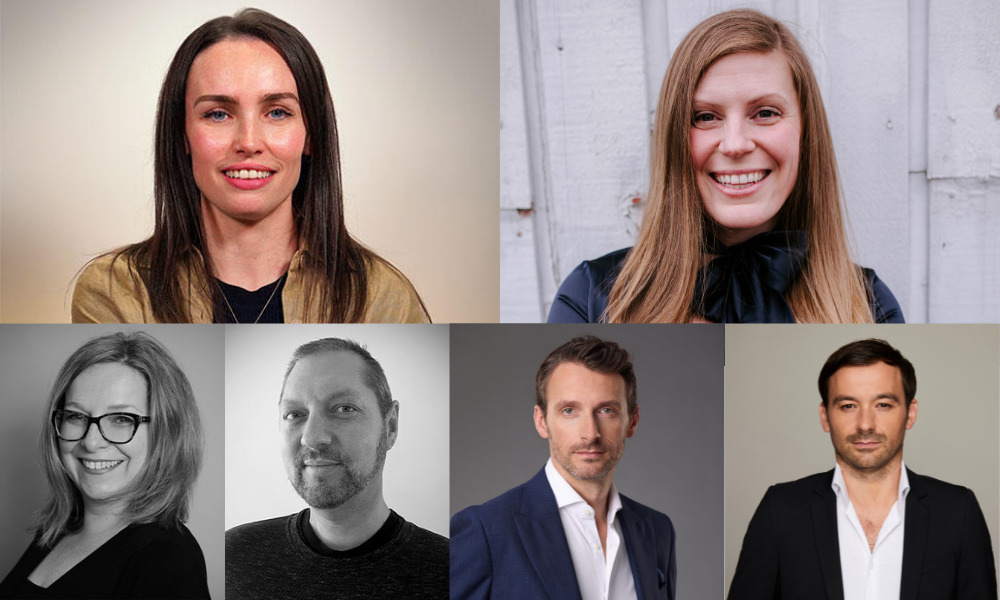 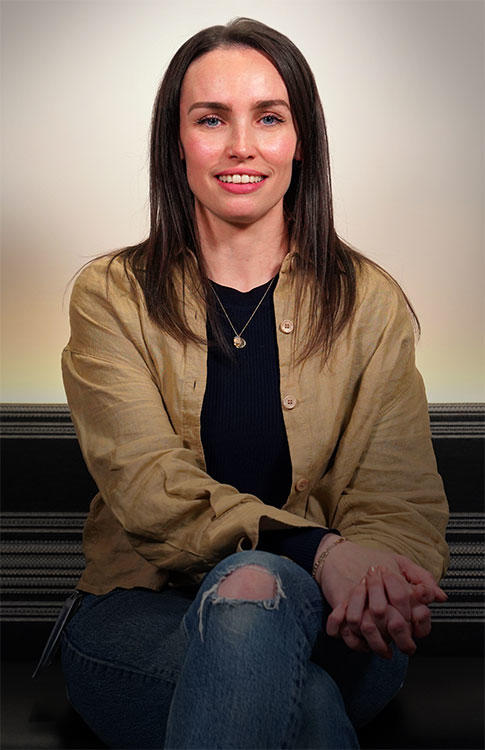 Fitzpatrick most recently served as Global Managing Director at VFX company Mr. X, where she was responsible for strategic growth planning, financial oversight and management of teams across multiple facilities Previously, Fitzpatrick worked at MPC as an executive producer and VFX producer on numerous projects, including: Artemis Fowl, X-Men: Dark Phoenix, Godzilla: King of the Monsters, The Greatest Showman, Murder on the Orient Express, Blade Runner 2049 and Maleficent.  Originally from the U.K., Fitzpatrick began her VFX career in 2006 at Peerless Camera Company, and has held VFX producer roles at Pixomondo, Digital Domain and Cinesite.

“I am thrilled to join the award-winning team at Sony Pictures Imageworks. Their creativity and innovative genius is unparalleled in the industry and I look forward to expanding their feature and episodic business,” Fitzpatrick Commented. Upcoming Imageworks projects include the animated features The Sea Beast and Spider-Man: Across the Spider-Verse. 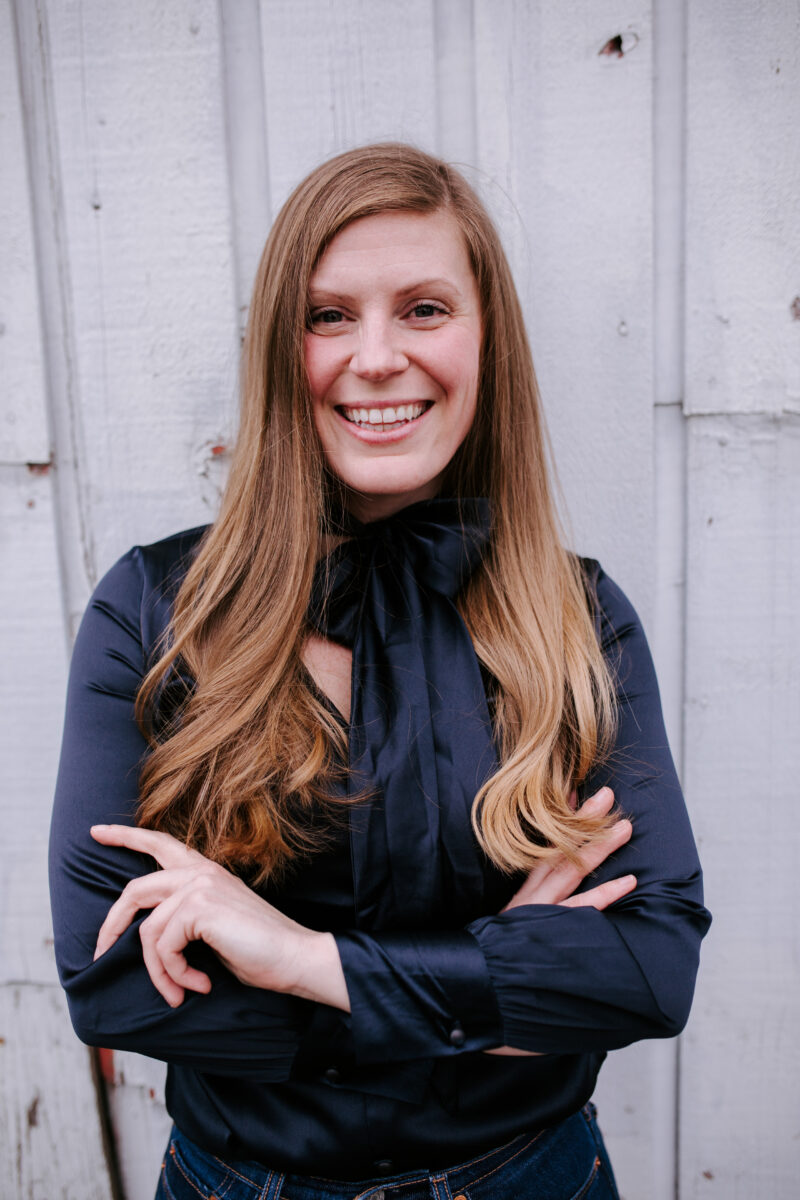 Independent creative studio The Embassy (theembassyvfx.com) announced the promotion of Danielle Kinsey to the role of Head of Production, after 10 years at the company. In her new role, Kinsey’s main responsibilities will involve collaborating with the teams, managing the production of all work through the facility and fostering the production staff. She particularly looks forward to supporting The Embassy’s remote working culture and continued growth by connecting the Vancouver and Los Angeles offices with partners across the globe.

Kinsey first joined the Embassy as a project manager in 2012, getting to know the studio’s passionate artists-turned-owners. Invited back a few years later to produce The Hunger Games: Mockingjay Part 1 and 2, her journey upwards through the company began. Over the past decade, Kinsey has seen the studio grow its internal production, artist and leadership teams while expanding its partnerships around the world. During that time, she has built up an impressive list of exciting projects across film, TV and advertising — everything from Netflix’s Warrior Nun and Captain America: The Winter Soldier to commercials for Flonase, Cat’s Pride, and Pennzoil.

“I attribute my career progression to my personal drive. I always strive to learn and stretch myself because great things never come from comfort zones. But, importantly, the team at The Embassy has encouraged me through it all I’ve always been treated as an equal by the partners here, and know I have the leadership team’s support. Our nimble approach works best for me, and has allowed us to continually innovate beyond the traditional VFX studio model. We pride ourselves on being not only visual effects artists and supervisors, but also storytellers that concept, direct, and collaborate to create award winning visual effects from the start of the process all the way to the end,” said Kinsey.

“We’ve essentially doubled in size in the past year, welcoming new artists, lead positions, technology roles, a people and culture manager, and are continuing to recruit. I’m excited to help build the company we want with more resources than ever before as we continue to evolve, support a balanced lifestyle, make cool art, and sign off at the end of the day proud of the work. We’re celebrating our 20th anniversary this year and it feels like this is just the beginning… ”

Framestore (framestore.com) announced two more key changes to its global management team. The last year has seen the studio expand its world-class team of artists, producers and technologists by some 40%, which includes new and expanded capacity in key territories such as Vancouver, Montreal, Melbourne and Mumbai. All of these operational, geographic and C-suite changes speak to a strategic ambition to win a bigger share of the most exciting, creative and innovative film and episodic projects. 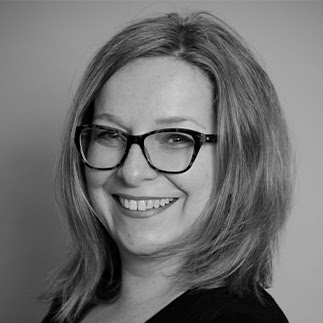 Lucy Killick has been promoted to the role of Chief Operating Officer, Film & Episodic. Killick steps up from the role of Managing Director, Film, London — a position she has held since 2018. Her career to date spans client-side VFX production on projects such as Prometheus, Children of Men and Hellboy II, while her time with Framestore has seen her build, lead and grow award-winning VFX teams in both Montreal and London. Her new role will see her overseeing production and resourcing for Framestore on a global scale. 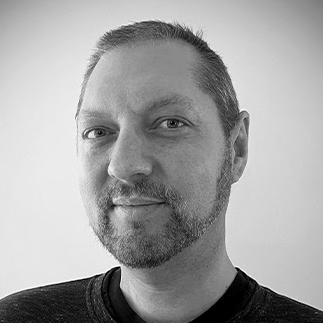 James Whitlam, meanwhile, moves from the role of Managing Director, Episodic into a strategic new U.S.-based position as EVP, Film & Episodic. Having spent six years in London, where he worked on Paddington 2, the Oscar nominated Guardians of the Galaxy Vol. 2 and Christopher Robin, and production side for BAFTA winner His Dark Materials, he will now serve as point-person for Framestore’s stateside clients, working to explore and secure new partnerships, as well as establishing the company’s LED, visdev, previs, concept and virtual production offer on the West Coast.

Paramount Global announced a flurry of key leadership appointments to futher the international expansion of its streaming products. By the end of this year, Paramount will have paid streaming services available in more than 60 markets across the U.K., Latin America, Canada, Australia, South Korea, the Caribbean and all major markets in Europe, and in 2023, the company will expand further in Asia, Africa and the Middle East, building on Paramount+’s strong momentum to grow its presence in every region of the world. 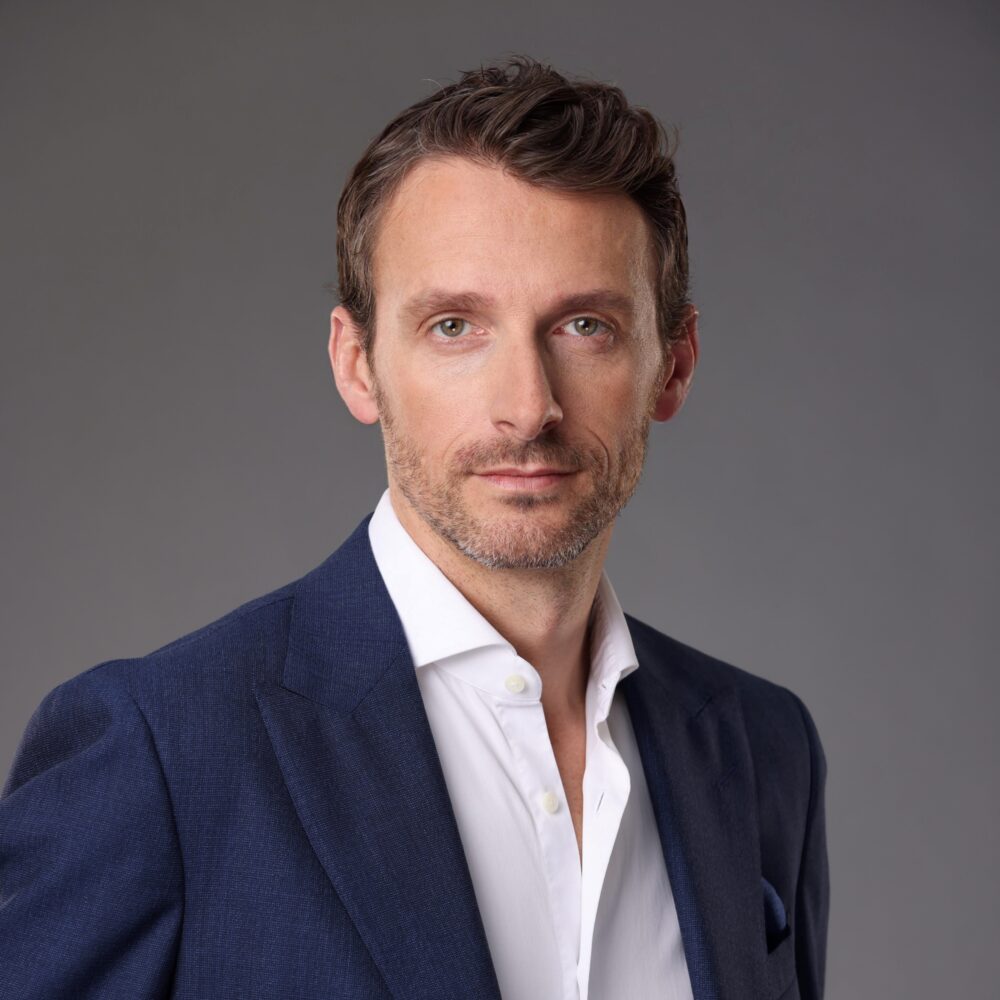 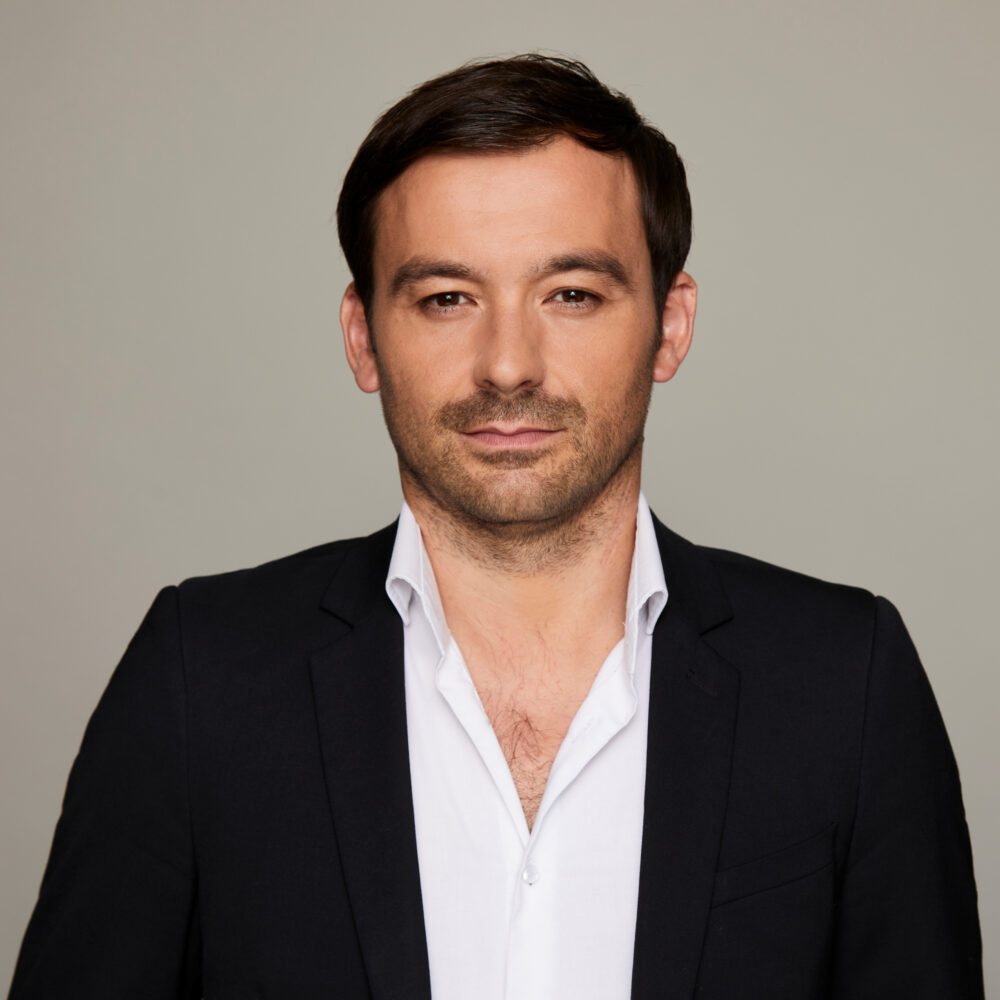 Olivier Jollet has been elevated to the role of Executive Vice President, International General Manager of Pluto TV to continue the FAST service’s international growth. Jollet, who previously served as SVP & GM of Pluto TV internationally, will lead a coordinated approach to further expand Pluto TV, which is live in 30 countries and territories globally.  Jollet will oversee all operations for Pluto TV outside the U.S. including Ad Sales, Content, Marketing, Distribution, Data and Operations. Jollet will look to identify new partnerships and opportunities for Pluto TV across the digital entertainment ecosystem. 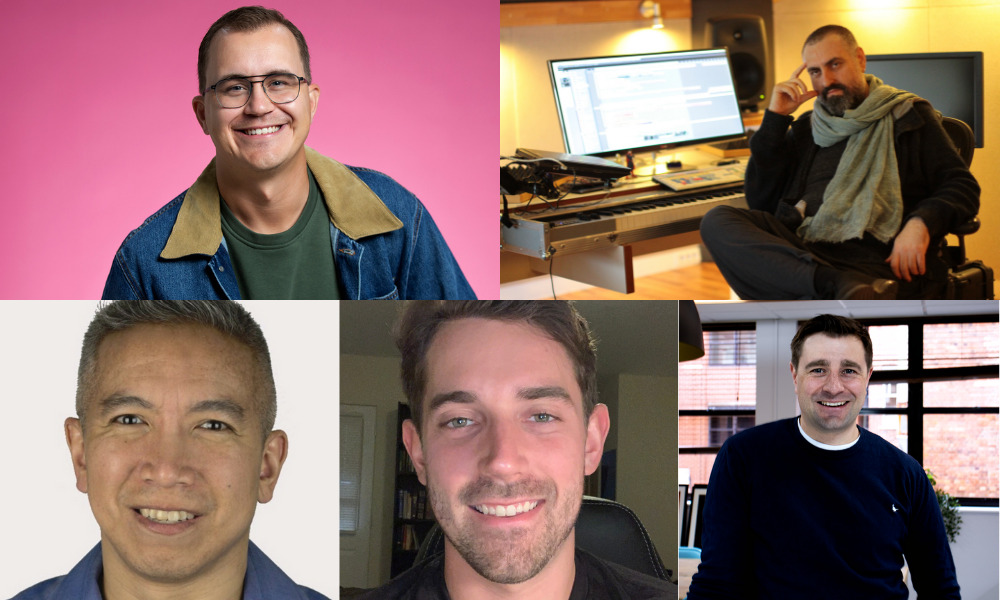