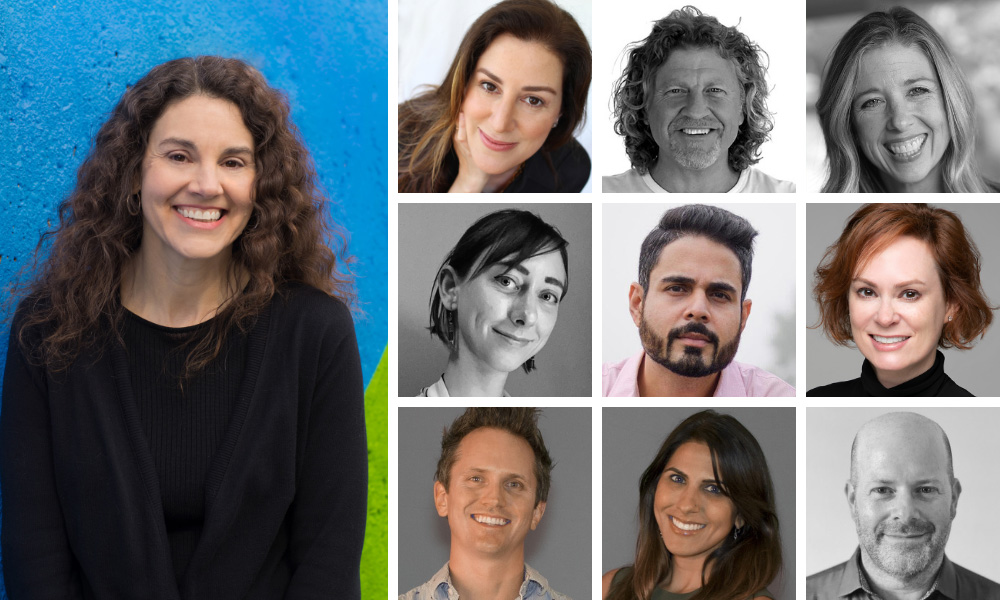 “Over the past few years, Duolingo has been busy adding a whole cast of characters and hundreds of stories to their app, and it’s astonishing how many millions of people in countries all over the world are engaging with them every day,” said Simensky. “I’m excited by the storytelling opportunities that are possible as Duolingo creates stories for learners of all ages around the world.”

Simensky joins Duolingo from PBS Kids, where she oversaw the development of a diverse lineup of shows like Daniel Tiger’s Neighborhood, Wild Kratts, Molly of Denali and Alma’s Way. Before joining PBS, Simensky was Senior Vice President of Original Animation for Cartoon Network, where she oversaw development and series production of The Powerpuff Girls, among others. She began her career working for nine years at Nickelodeon, where she helped build the animation department and launch the popular series Rugrats, Doug and The Ren & Stimpy Show. 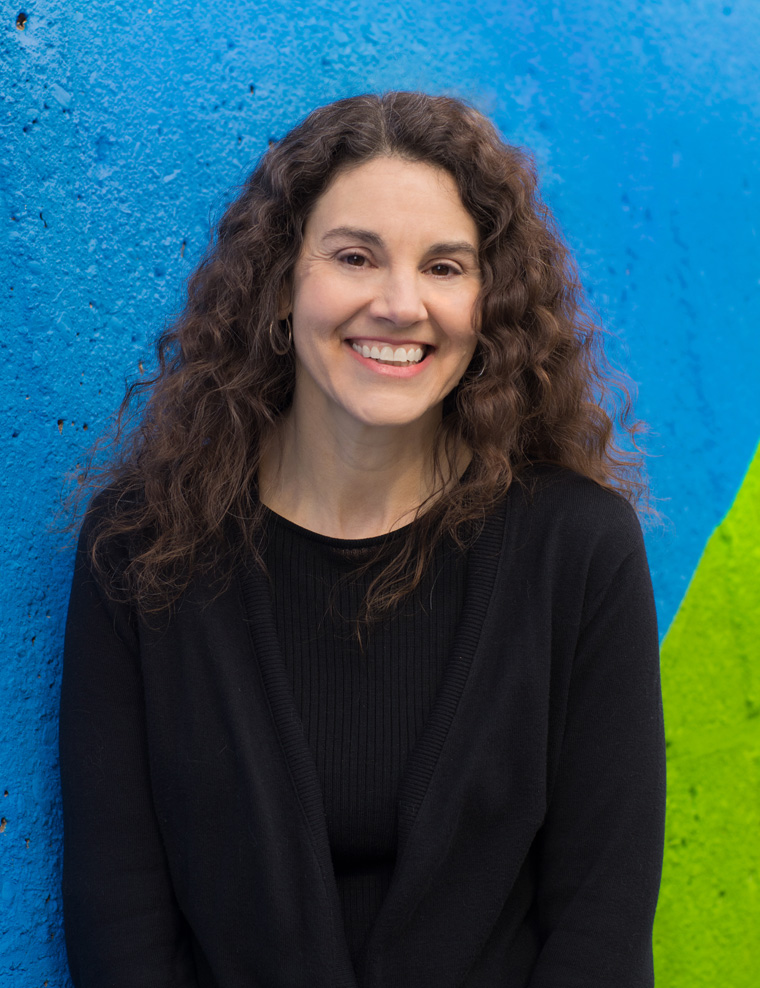 Burbank, Calif.-based Ghost VFX, part of the Streamland Media community of post production businesses, announced Patrick Davenport has been appointed President. Davenport most recently served as COO at Method Studios, a division of Company 3. He previously held the same role at MPC Advertising. With 30 years of industry knowledge that includes producing visual effects for commercials and features, Davenport’s leadership is grounded in support for the talent and a passion for storytelling. He led teams behind the scenes of such notable recent titles as Top Gun: Maverick, The Witches, Loki and For All Mankind. Ghost VFX announced further exec moves: 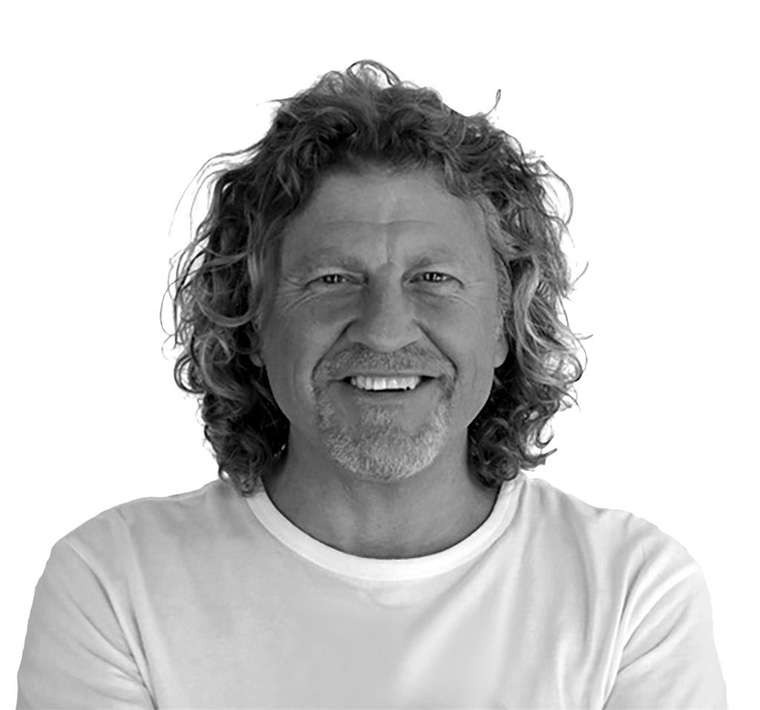 Herschend Entertainment Studios (Chuggington, Splash & Bubbles) has hired industry veteran and former Jim Henson Company executive Sarah Maizes as Senior Director of Development and Executive Producer. In her new role, Maizes will work alongside and report to Julie Phillips, Vice President of Development and Production, in the creation and cultivation of the Company’s development and production slate. Maizes will work synergistically within the larger Herschend ecosystem of businesses to identify, develop and produce franchise projects that fit the HES mission of creating wholesome entertainment for television, film, publishing and other media.

Prior to joining HES, Maizes founded Cheeky Squirrel Productions, where she created and developed projects with award-winning author/illustrators Dan Yaccarino and Nick Bruel. While at Henson, she was responsible for the development and production of Harriet the Spy (Apple TV+), Duff’s Happy Fun Bake Time (Discovery/Food Network); Dinosaur Train: The Movie (Universal/PBS), Dinosaur Train (PBS), Dot (Sprout/Hulu) and Doozers (Sprout/Hulu). At Amazon Studios, she oversaw development and production for the first season of Dino Dana and season 3 of Tumble Leaf.

The former WME literary agent has written four award-winning children’s books, most recently Atticus Caticus (Candlewick Press), as well as three humor books for Berkley Books. Maizes was a sketch comedy writer at the Acme Comedy Theatre and a former stand-up comedian. She will be based in Los Angeles, where she lives with her husband and three children. 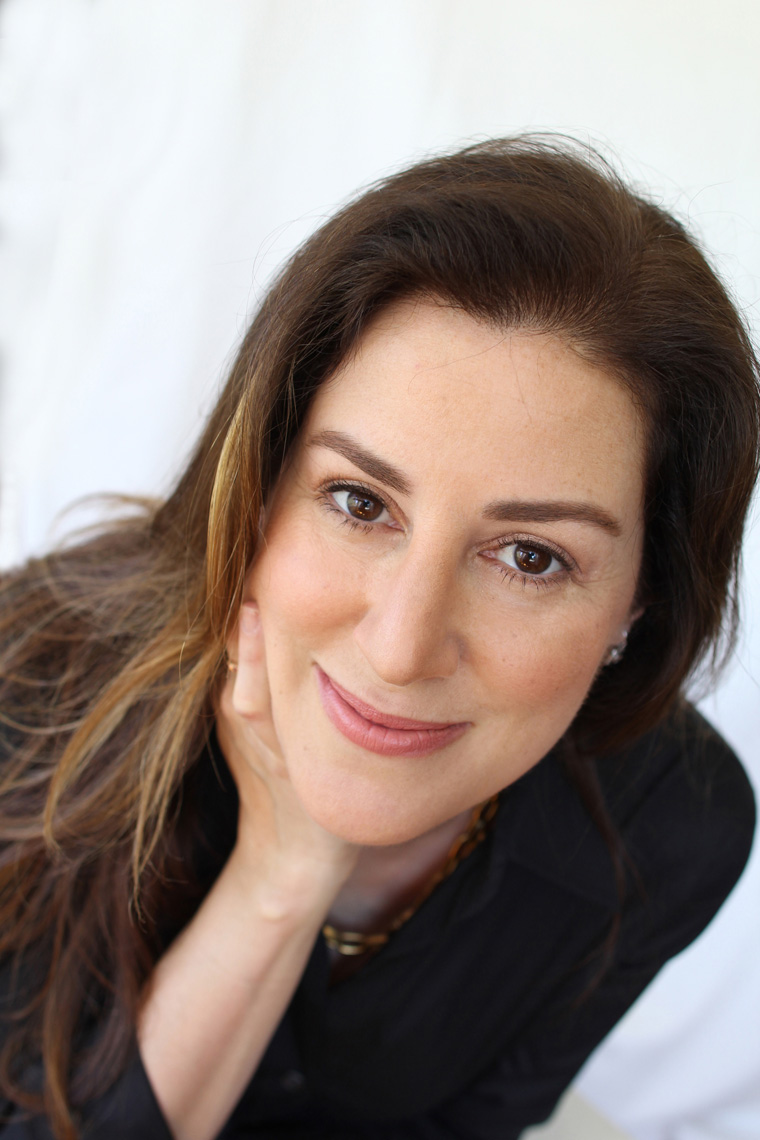 Nexus Studios strengthens its real-time animation operations with the addition of Kim Adams as Director of Real-Time Production. In this role, Adams will lead real-time animation production across original TV and film, branded content and immersive content for the award-winning studio as it continues to grow on a global scale. These projects include a time travel mini-series led by Oscar winner Patrick Osborne made in Unreal Engine and supported by Epic, announced at Real-time Conference 2021.

Adams has previously held leadership posts at Facebook’s Oculus Story Studio, where she worked on the Emmy-winning narrative VR project Wolves in the Walls, and as producer at Google’s Spotlight Stories, where she produced the pioneering VR projects Rain or Shine with Nexus Studios and Special Delivery with Aardman Animations. Adams was also a producer at Pixar on a multitude of short films including content for the beloved Toy Story and Cars franchises. More recently she co-founded the social VR startup, Adventure Lab. Adams is a member of The Academy of Motion Pictures Arts and Sciences, The Television Academy, The Producers Guild of America and Women in Animation. 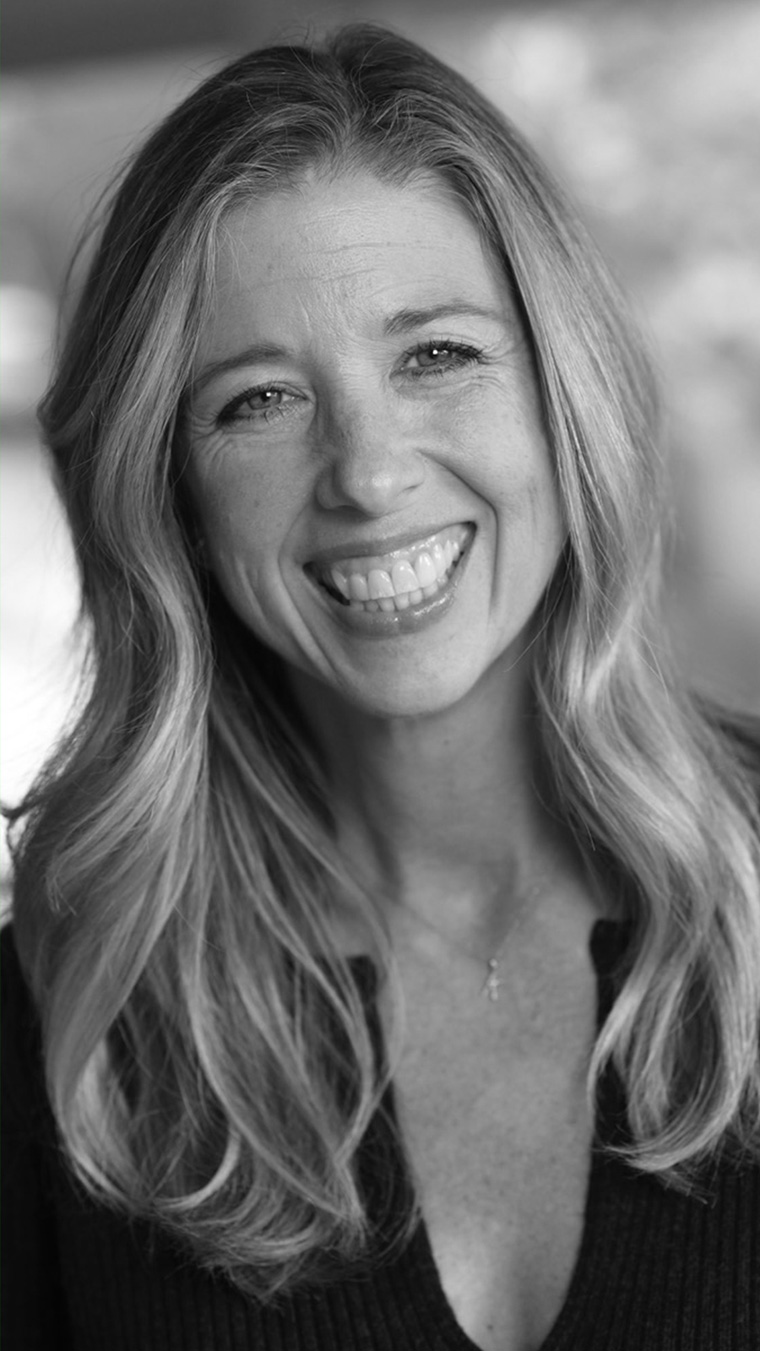 Emmy-nominated studio Hero4Hire Creative has tapped Abby Duel as Associate Creative Director. Having worked in-house as an animator prior, Duel kept in touch with the Boston-based studio for contract and freelance work throughout her career. Hero4Hire Creative Partner/ Executive Producer Allison Kramer reached out to Duel directly to fill the ACD role. As part of her new role, Duelwill oversee animation projects from the studio for clients including PBS, WGBH, Sesame Workshop, Hasbro and many more.

A Minnesota native driven by a passion for the arts for an early age, Duel discovered animation in a preparatory school and went on to attain a BFA in animation at Minneapolis College of Art and Design. Shortly after graduating she cut her teeth in the industry as an animator for Copernicus. Duel has worked on a variety of projects including CBS’ Star Trek: Lower Decks, Disney’s Pickle and Peanut, Amazon’s If You Give a Mouse a Cookie and several commercial spots for Hasbro’s Angry Birds toy line. In 2015 she won Best Student Film at the Minnesota Electronic Theater Showcase. The multitalented artist specializes in 2D animation; she is proficient in Adobe Animate and Toon Boom and has worked on projects with studios all across North America including Titmouse, MAKE Visual, Copernicus and Rooster Teeth. 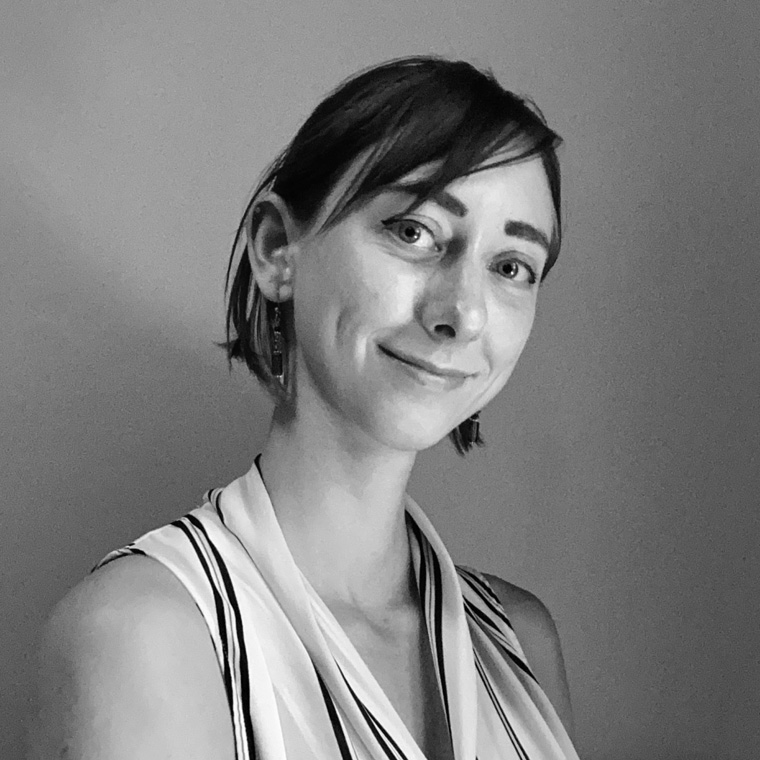 The recently launched Technicolor Creative Studios has announced the appointment of Jeaneane Falkler as Global President of Technicolor Games, a key division within its portfolio. The appointment comes as TCS looks to further establish its leading position as the top providers of VFX, animation and creative technology solutions to the gaming and entertainment industries, by investing in talent, technology and growth opportunities globally. Technicolor Games has produced over 75 titles in the last few years, including Fifa 22, Call of Duty: Black Ops 4 and Red Dead Redemption. 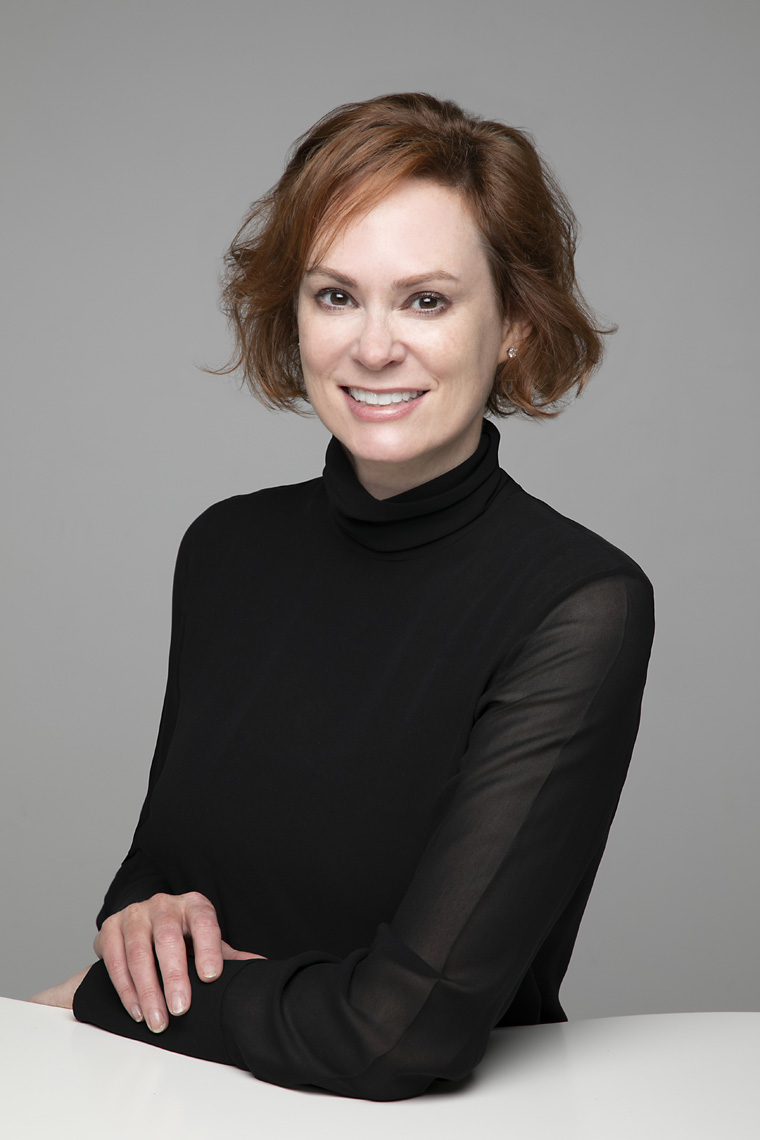 Mr. Wolf, a visual effects and finishing studio with facilities in Los Angeles, New York, Vancouver and Atlanta, is launching a division focused on commercials and other advertising media. The new venture will feature a brand new office in Los Angeles and be led by veteran Creative Director & VFX Lead Matt Motal and Executive Producer Pravina Sippy. The company is assembling an elite artist and support team who will provide high-end, boutique-style services to agencies and brands. Mr. Wolf’s VFX work has primarily centered on episodic content and independent features. Recent credits include dozens of projects across all major streaming services like Netflix, Amazon, Apple, and Hulu as well as network shows for CBS, FX and CW.

Motal and Sippy were formerly with Harbor Picture Company in Santa Monica and each brings more than a decade of experience in visual effects for advertising. Motal previously served as Senior Flame Artist at ArsenalFX, Santa Monica. His background also includes posts as Flame Artist at Mirada Studios and Motion Theory. His credits include work for Toyota, Dr Pepper, Target, Samsung and the NFL. Sippy previously spent 11 years at ArsenalFX where she was Senior Producer for visual effects and color. 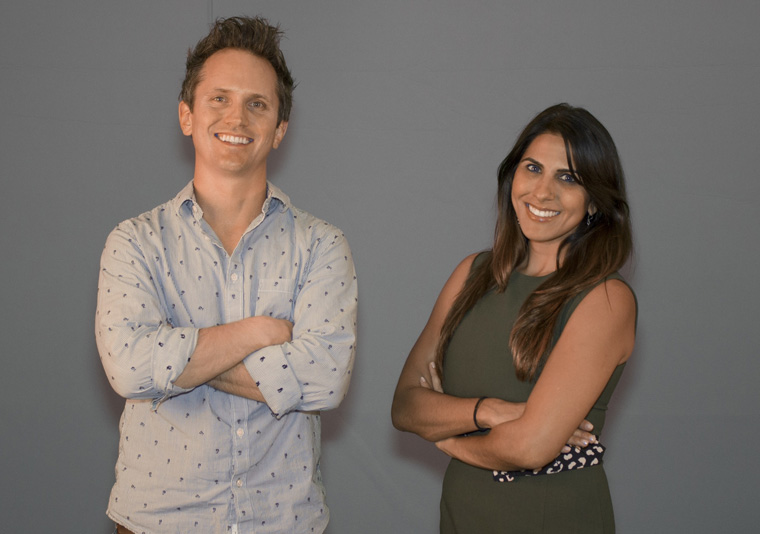 Oscar, Emmy and BAFTA-winning creative studio Framestore announced the appointment of Michael Stein as Chief Technology Officer. Stein’s career spans VFX, games, animation and theme park rides, and has seen him delivering transformational tech solutions for some of the world’s biggest creative projects. His new role with Framestore will see him driving the company’s global strategy and guiding the company’s R&D advances across areas such as real-time, machine learning and cloud-based technology.

Stein most recently served as Director, Technology Studio for Walt Disney Imagineering, where he enabled the design and build of a multi-billion dollar portfolio of attractions that incorporated up-to-the-minute tech such as AR, VR and real time. Prior to this, he worked for the likes of Pixar and MPC, bringing his technical expertise and strategic approach to software engineering to projects such as Guardians of the Galaxy, The Incredibles, Finding Nemo and The Jungle Book. 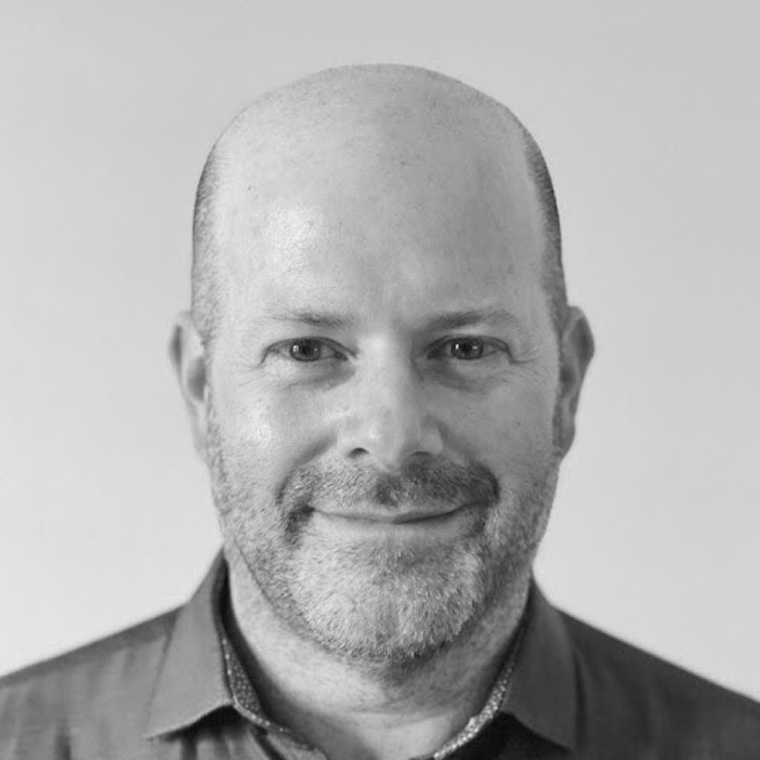 In 2009, Verenkar moved to Los Angeles and joined Fox Networks Group to manage MySpace followed by FOXNOW (OTT). In 2012 Vinayan joined Comcast-NBCUniversal to lead Xfinity on-demand and advanced advertising for live and VOD content across connected devices. In 2015 he successfully launched Network18’s OTT platforms across PAN India and Southeast Asia. Prior to joining Playground he worked in the leadership team of Astro as the Chief OTT Officer for Astro Go (AVOD) and TribeTV (SVOD). Verenkar has earned bachelors and masters in Computer Science from California State University and MBA from Wharton Business School in the United States. 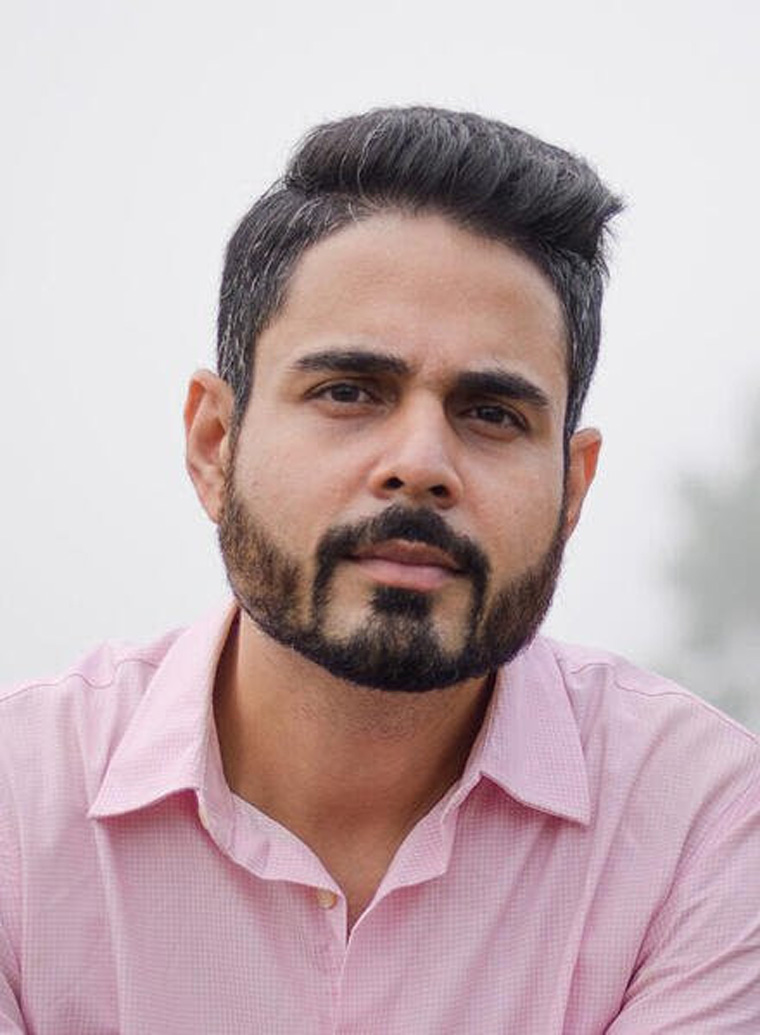 Design-led content creation studio Ataboy, with offices in NYC and New Zealand, is pleased to announce its partnership with creative talent agency Devine, led by Sara Barnthouse, Carleigh Finch, Taryn Leonard and Robin Reed, for representation on the West Coast. The announcement comes on the heels of their recent partnership with Sharon & Perry for Midwest representation, as Ataboy continues to expand its national and international reach as well as its production, animation and VFX capabilities. In addition to their campaigns for innovative brands like Adidas, White Castle, Progressive, IKEA and GE and their community involvement with projects like LA Galaxy’s “Amor Eterno” and the Art Cake dance series, Ataboy has a slew of exciting things in the works over the next few months and into 2022. 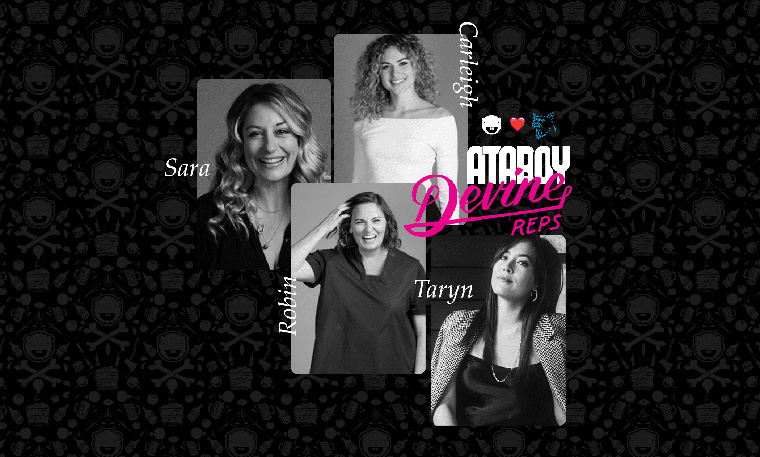