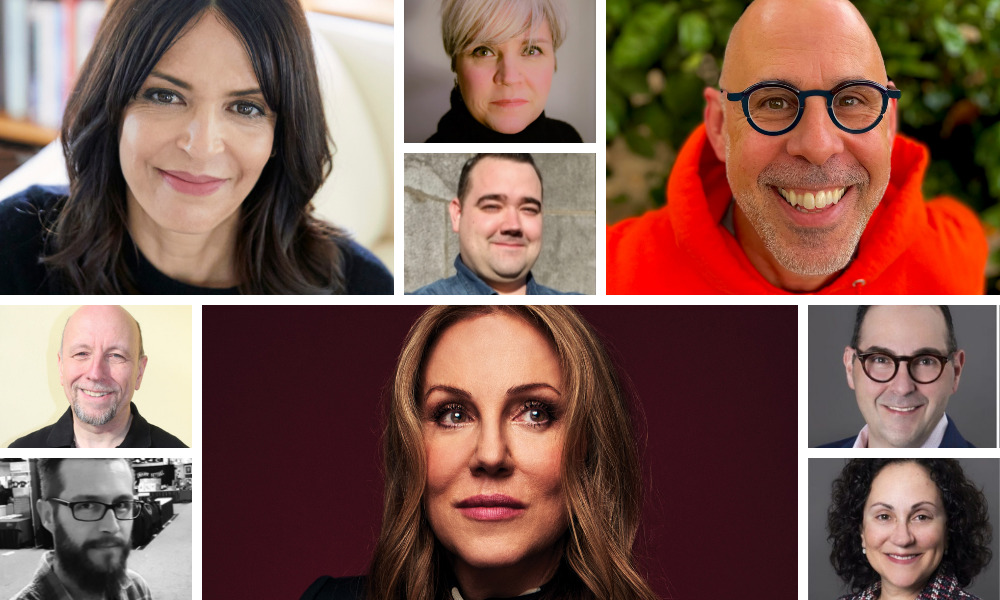 Ramsey Naito, President of Animation for Paramount and Nickelodeon, announced today two new creative leadership positions across both animation film and series divisions, both based in Los Angeles and reporting to her. 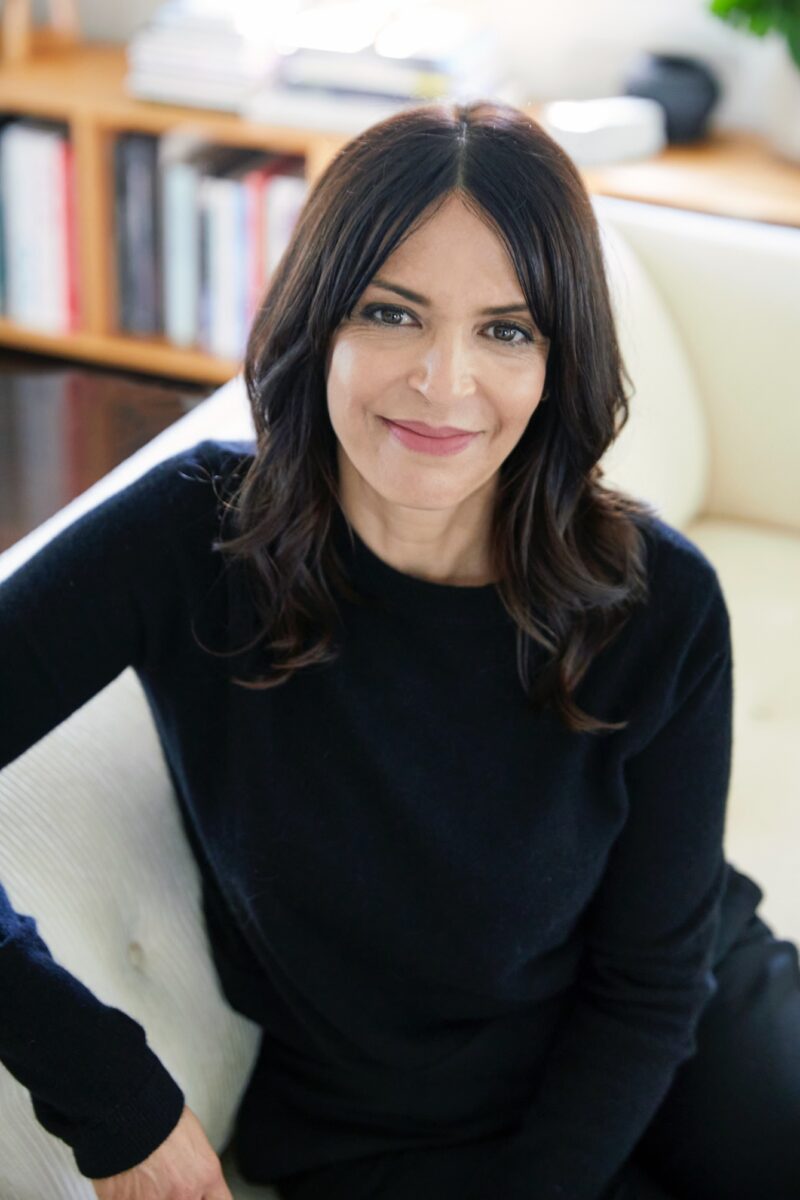 Ouaou joins Paramount and Nickelodeon from Illumination, where she served as executive producer on such films as The Grinch and the upcoming Minions: The Rise of Gru. Prior to that, she was a producer at DreamWorks Animation working on one of their biggest franchises, Shrek. She also produced the Academy Award-nominated Puss in Boots and co-produced Monsters vs. Aliens, with an eye toward building both franchises into specials and series. 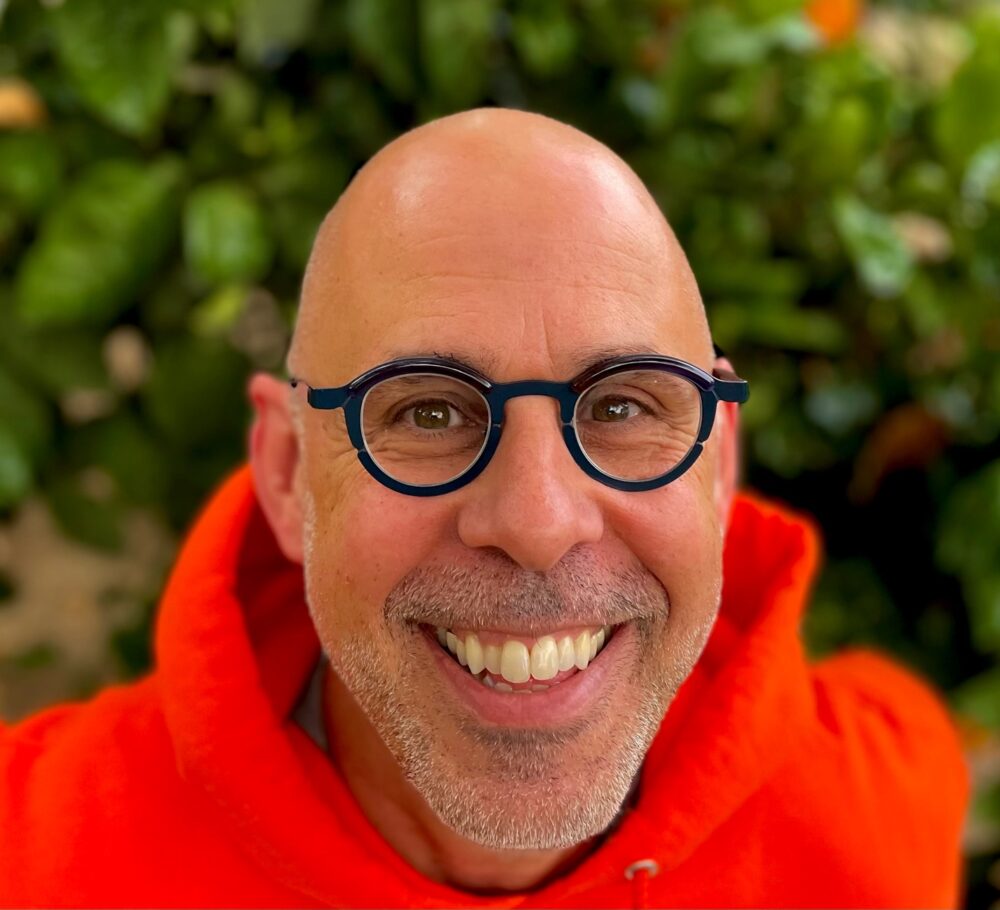 Casemiro is an Emmy Award-winning producer who most recently executive produced Nickelodeon’s reboot Rugrats. He worked on the original series as Senior Vice President of Creative Affairs at Klasky-Csupo Productions. There, Casemiro was also responsible for the development and production of beloved Nickelodeon shows such as The Wild Thornberrys, Rocket Power, As Told By Ginger and All Grown Up!, earning the studio three Ark Trust Awards, four Humanitas Awards, 10 Emmy nominations, and an Emmy Award. He also led the development and production of feature films for Paramount Pictures including Rugrats Go Wild, The Wild Thornberrys Movie (Academy Award nominated for Best Song), Rugrats in Paris and The Rugrats Movie.

Prior to that, Casemiro was the CCO for Zodiak Kids Studios, where he produced Kody Kapow for Sprout NBC/Universal; Lilybuds for France Televisions/Discovery Kids Latin America; and Magiki for DeA Kids/Planeta. Before that, he was CCO for Marathon Media, overseeing the production of Get Blake for Nickelodeon Global and LoliRock, a Disney/France Televisions co-production. Casemiro also worked as a writer/producer on OLIVIA, Poppy Cat and The Mr. Men Show, for which he received his 11th Emmy nomination (Best Writing in a Children’s Series). He began his career with Lorne Michaels’ Broadway Video, where he produced Sharon, Lois and Bram’s Candles, Snow and Mistletoe for CBC, Lassie’s 40th Special and the long-running hit Frosty Returns, now in its 29th year on CBS. 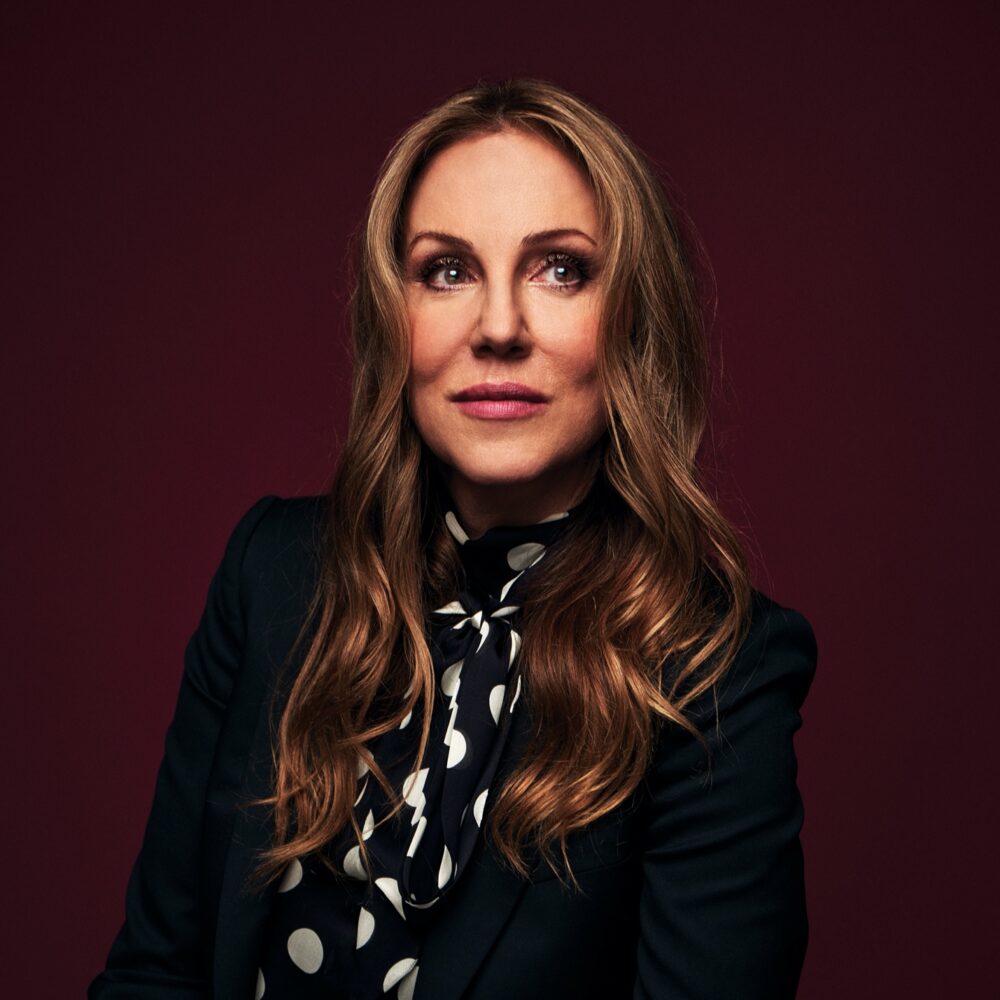 The Producers Guild of America (PGA) announced today that film producer, Mary Parent, will be honored with the 2022 David O. Selznick Achievement Award, recognizing producers for their outstanding body of work in motion pictures. She will accept the honor at the 33rd Annual Producers Guild Awards on March 19 at the Fairmont Century Plaza. The Vice Chairman of Worldwide Production at Legendary Entertainment has actively been involved in films amassing over $20 billion at the global box office. She most recently produced Denis Villeneuve’s Dune and Godzilla vs Kong.

While at Legendary, Parent also produced Enola Holmes, Pokémon: Detective Pikachu and Alejandro G. Iñárritu’s Carne y Arena VR (Special Achievement Oscar winner). Prior, she was founder and CEO of Disruption Ent., where she produced Darren Aronofsky’s Noah, The SpongeBob Movie: Sponge Out of Water, Kong: Skull Island and The Revenant, for which Parent received an Academy Award nomination for Best Picture, a PGA Awards nomination for Outstanding Producer of Theatrical Motion Pictures, and won a BAFTA for Best Film. Before that, she served as Vice Chairman of Worldwide Production at Universal Pictures and Chairman of MGM.

Parent also co-founded the production company Stuber/Parent. She began her career as an agent trainee at ICM before joining New Line Cinema as a Creative Executive. Parent is a member of AMPAS, the PGA and was recently named Variety’s Billion Dollar Producer. She has also been featured in The Hollywood Reporter’s 100 Most Powerful People in Entertainment, the Variety 500, Vanity Fair’s New Establishment List, Wall Street Journal’s 50 Women to Watch and Hollywood Reporter’s Most Powerful Women in Entertainment. 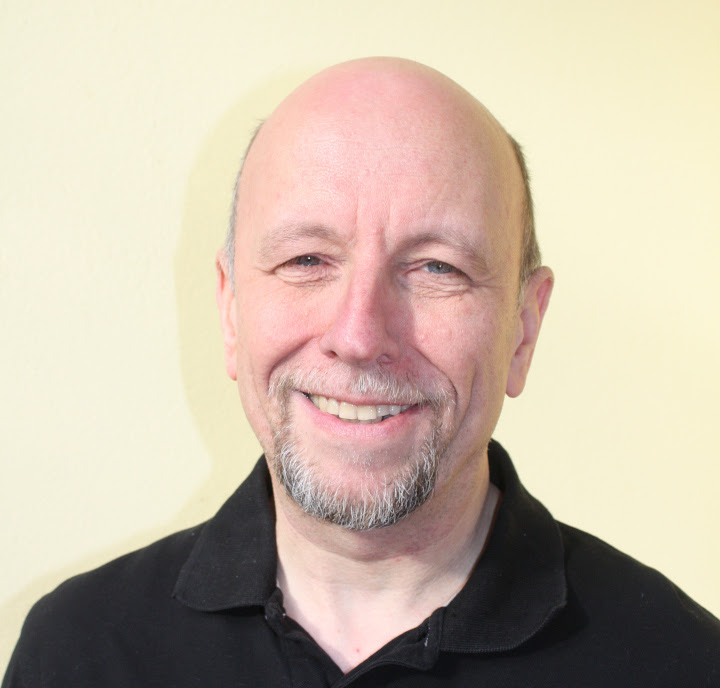 World Festival of Animated Film – Animafest Zagreb Festival Council decided to present the 2022 Award for Outstanding Contribution to Animation Studies to leading critic and scholar, Rolf Giesen. His contributions span insights regarding character building and acting in animation, as well as animation in Nazi Germany, big subjects such as Chinese animation (e.g. in the book Chinese Animation: A History and Filmography, 1922-2012) and puppetry – ranging from historical sources to digital revolution, from tricks in live action film to fully animated films (Puppetry, Puppet Animation and the Digital Age). The award will be presented at the 32nd Animafest (June 6-11); Giesesn will also be a keynote speaker at the Animafest Scanner IX symposium (June 7-8). 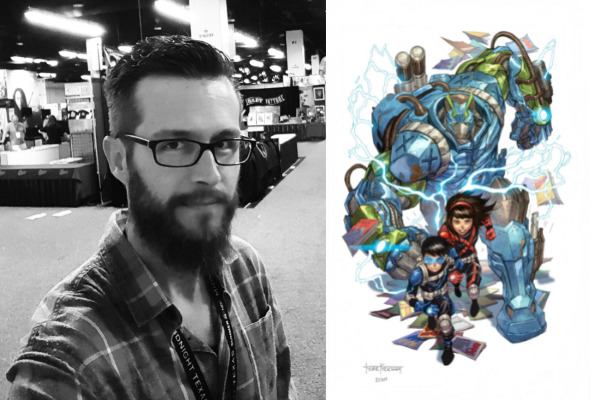 “I wanted to create a cover that emphasized imagination, creativity, friendship and family,” said Kirkham. “I imagined this as a story leaping from an action-adventure sci-fi comic. A story of two young siblings that have created some sort of energy that can construct things they imagine. Unifying them in a way. I pictured them creating a big brother robot to help them defeat some off panel threat. I really just had a lot of fun designing and drawing this. I think it makes for a fun FCBD design!” 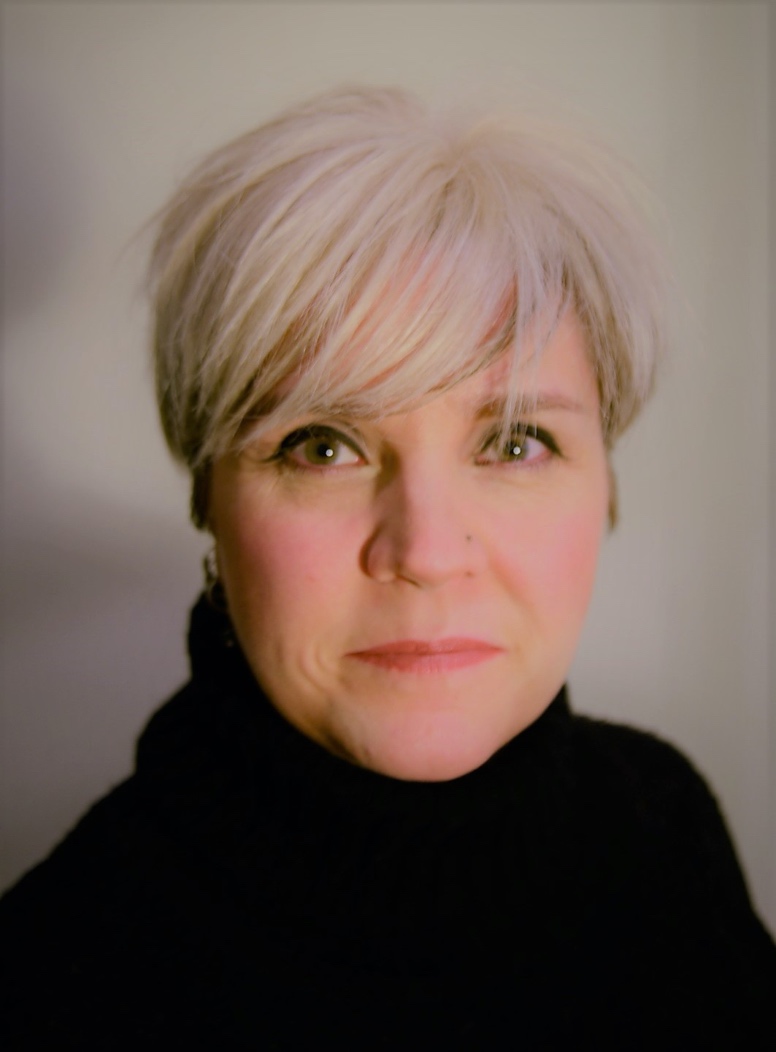 Finland’s Gigglebug Entertainment has named Beth Parker as Managing Director. The appointment comes as the animation IP studio continues with its ambitious international expansion plans, including a brand-new studio in Helsinki and plans to staff up to 100+, and gives further momentum to an already exciting year, with two new shows set to launch on major broadcasters this year (The Unstoppable Yellow Yeti on Disney, Best & Bester on Nickelodeon) and a raft of others in the pipeline. Parker will work closely with CEO Anttu Harlin, co-founder/Creative Director Joonas Utti and Creative Producer Lucy Pryke to set strategy and drive the studio. She will focus on delivering original and service productions.

Parker is a senior animation executive with a strong creative and management track record acquired in the U.K., France and Germany. With almost 20 years’ experience in the sector, she brings creativity, insight and a wealth of strategic and operational knowledge to the table. She worked with Gigglebug on 101 Dalmatian Street during her time as Senior Manager, Production at Disney Channels EMEA (June 2014-Feb. 2020), where she was responsible for the production of all EMEA-based wholly owned, co-produced and acquired animated series in development and production for all non-theatrical Disney platforms, including Miraculous, Tales of Ladybug and Cat Noir and PJ Masks. Parker has since been a freelance executive producing for clients such as Aardman Animation and Passion Pictures. Until her recent move to Finland, she Co-Chaired Animated Women U.K., and features regularly on diversity panels aimed at audiences from school children to professional peers. 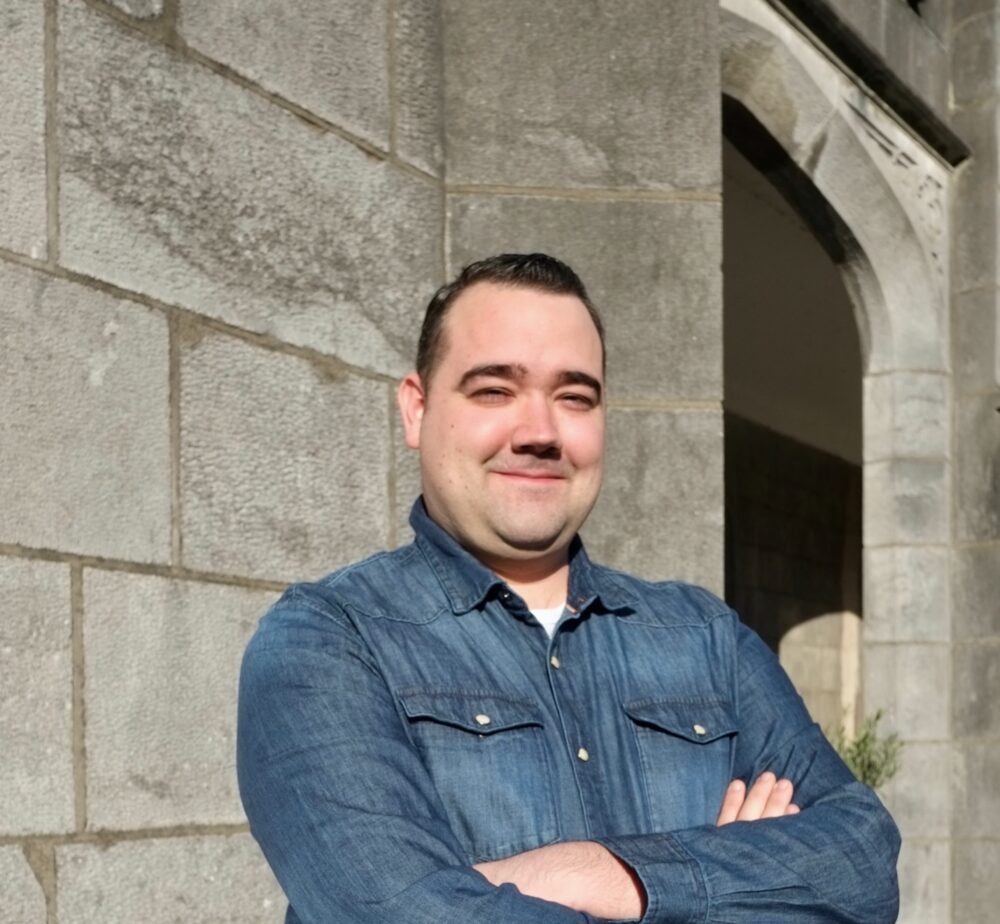 Addressing the need for talent created by an ever-increasing production pipeline, Lighthouse Studios (El Deafo for Apple TV+, Little Ellen for HBOMax, The Cuphead Show! for Netflix, The Bob’s Burgers Movie) has appointed long-time animation consultant Michael Downey to the newly created position of Talent Management Director for the Kilkenny-based Irish studio. The announcement was made by Managing Director Claire Finn.

Downey’s primary goal will be to source out mid to senior-level animation talent, initiating and driving a strategic and holistic ‘top to tail’ approach to identifying and retaining talent to work on Lighthouse’s original IP development and service project slates. He will report directly to Operations Director Erik Speekenbrink, and will work closely with Finn, Head Creative Gilly Fogg and internal teams to understand talent needs and initiate training and development as required. He will also work with the studio’s communication manager to oversee recruitment campaigns directed at various audiences to attract new talent and promote existing talent and will ensure that Lighthouse’s policies on equity, diversity and inclusion are front of mind when recruiting and creating campaigns. Downey will also represent Lighthouse at key industry markets, events and educational facilities.

Prior to joining Lighthouse, Downey served as the Lead Recruiter at Boulder Media, based in Dublin. He worked on recruiting talent for the studio’s first 3D theatrical feature based on a Hasbro property My Little Pony. Downey has also been managing his own successful animation consultancy, working with various studios to find and recruit much sought-after, high-level industry talent. His work includes several animated features and TV series in both 2D and 3D. Downey received a degree in Human Resources Management & Services from National College of Ireland and a Postgraduate Certificate in Animation Production Management at Dún Laoghaire Institute of Art, Design and Technology. 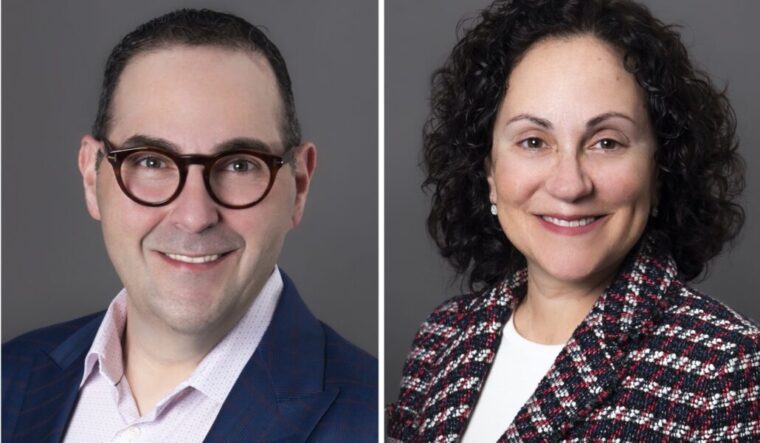 ChizComm Ltd. and ChizComm Beacon Media founders Harold and Jennifer Chizick filed a lawsuit on Tuesday in the State of New York, New York County against ChizComm and Genius Brands, which claims they were wrongfully terminated despite having founded and made ChizComm successful and performing loyally and in the best interest of ChizComm and Genius Brands. A copy of the complaint can be found here.  Animation Magazine is awaiting a response from Genius Brands to a request for comment on this development.