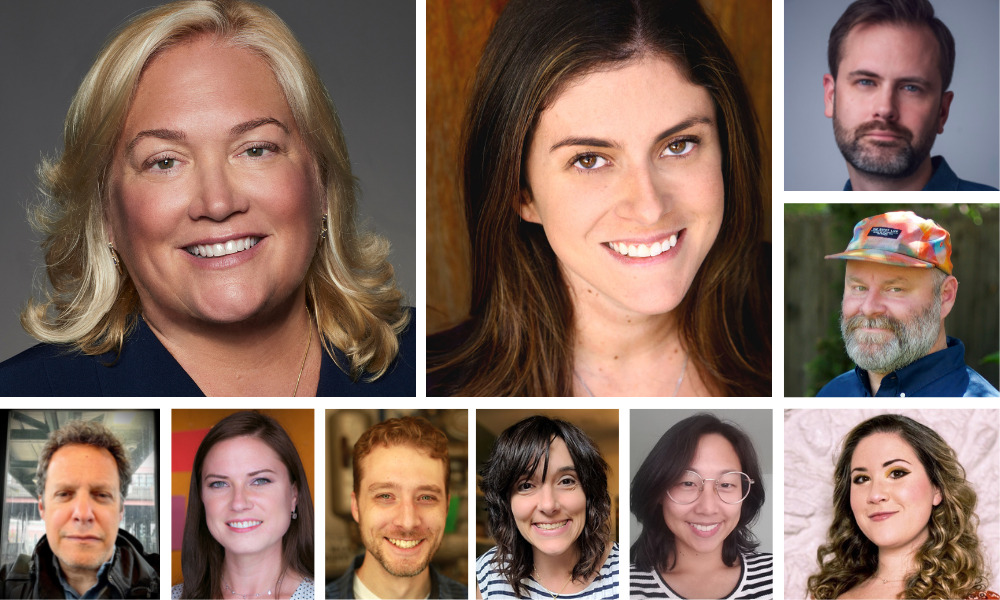 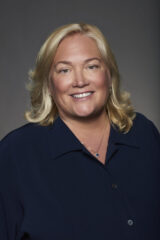 Meredith Roberts has been promoted to Executive Vice President, TV Animation, Disney Branded Television, recognizing her outstanding creative and operational oversight of the Disney Television Animation studio during a period of significant growth. The studio has 1,200 half-hours of animated content currently in production for Disney’s streaming and linear platforms. The announcement was made today at the Annecy Festival by DBTV President Ayo Davis, to whom Roberts reports.

“A leader of incredible vision and a true champion of artistic talent, Meredith has set a new bar for Disney Television Animation, building upon the single greatest animation legacy in the world to lead a team that is creating the most innovative, magical animated storytelling in the business,” said Davis. “This well-deserved promotion is in recognition of not only her tremendous leadership and creativity but her ongoing commitment to advancing diverse, inclusive storytelling for audiences everywhere.”

Disney Television Animation, under Roberts’ management since 2018, oversees development and current animated content and production for kids 6-14 and families, including traditional 2D and CG series, movies and shorts distributed around the world via Disney+ and Disney Channel. In 2020, DTVA earned more Daytime Emmy nominations than in its 38-year history. Roberts has been particularly instrumental in solidifying the studio as home for creative talent such as Bruce W. Smith and Ralph Farquhar’s BAR Productions (The Proud Family: Louder and Prouder), Laurence Fishburne and Helen Sugland of Cinema Gypsy and Steve Loter (Marvel’s Moon Girl and Devil Dinosaur), Dan Povenmire (Hamster & Gretel, Phineas and Ferb) and Natasha Kline (Primos).

A beacon of Roberts’ accomplishments is the Disney Television Animation Writing Program, which has placed more than 30 junior writers from underrepresented groups into full-time writing jobs at the studio, and last year introduced a mentorship component. Roberts and her team will build on the Program’s success with additional initaitives for storyboard artists and songwriters this year.

With 20-plus years of experience, Roberts is an influential voice across the animation industry. She works closely with her counterparts at Walt Disney Animation Studios, Pixar, Marvel and 20th Television Animation to represent Disney’s leadership in animation — including with ASIFA and Women in Animation, for which she has been in an advisory capacity, and advocacy groups that include Black N’ Animated, LatinX in Animation and the Coalition of Asian Pacifics in Entertainment.

Previously, she was general manager of Disneytoon Studios (Planes, Tinker Bell/Fairies_. From 2004-07, she was SVP, Creative Affairs, Walt Disney Television Animation, where she helped steer the Emmy-winning hits Phineas and Ferb& and Kim Possible, The Emperor’s New School and Lilo & Stitch. From 2001-04, she was Head of Development, Film and Television, Klasky-Csupo Entertainment. 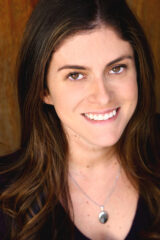 Passion (passion-pictures.com) today announces hire of executive producer Nicki Cortese as Head of Development for animated features and series. The appointment is part of a bold and rapid expansion by Passion of their long-form animation department, spearheaded by Pixar veteran Executive Producer and Head of Production David Park, and Executive Producer Debbie Crosscup.

Cortese has a unique track record of building feature and TV slates for multiple production companies and studios. Prior to joining Passion, Cortese served as the Head of Development for Locksmith Animation, where she worked on Disney’s Ron’s Gone Wrong as well as the upcoming Netflix feature  That Christmas. Previously, Cortese had a first-look deal with Awesomeness Films, oversaw the Divergent franchise at Red Wagon and started her career as VP of Weed Road Pictures, leading projects such as Paranormal Activity and Dark Tower. 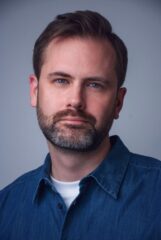 Mike Rauch has joined the cutting-edge collective as Head of Original Animation. Co-creator of the Peabody Award-winning animated shorts series StoryCorps, Rauch previously spent five years as a Series Executive at Cartoon Network covering shows such as The Powerpuff Girls, Apple & Onion and Victor and Valentino, as well as recently consulting on development and production of Cartoon Network Latin America’s new lucha libre series Rey Mysterio vs. The Darkness. Prior to that, Rauch formed and ran Rauch Bros Animation for nine years with clients including Nickelodeon, Warner Bros. Animation, Sesame Workshop and the Olympic Channel. 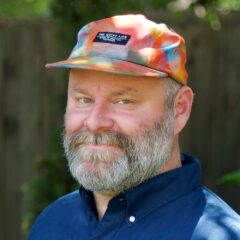 Mike Bertino has been named Director, Content & Story. Prior to BUCK, Bertino primarily worked in adult animation, directing on shows such as Inside Job for Netflix and Close Enough for HBO MAX. Before that, he spent several years in the kids animation space, storyboarding and writing on shows such as Nickelodeon’s Sanjay and Craig and  Billey Dilley Super-Duper Subterranean Summer for Disney. Both Rauch and Bertino are working closely with BUCK’s Head of Content Development, Jay Brooker. 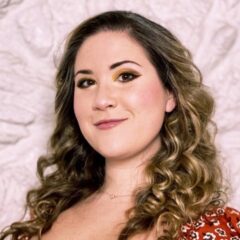 Further bolstering its team as the company expands its operations in key growth areas, Cassie Asta has joined as Animation Development Coordinator. Before landing at BUCK, Asta cut her teeth at talent agencies ICM and CAA prior to joining the crew of Green Eggs & Ham at Warner Bros. Animation for Netflix. Then, at Cartoon Network, she served on the Current Series team covering shows Victor and Valentino and The Fungies! for HBO Max. She also leads a mentorship circle for Women in Animation, providing counsel and community for newcomers to the animation industry. Rauch, Bertino and Asta are all based in BUCK’s Los Angeles studio office. 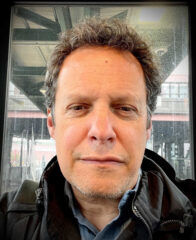 BREAK+ENTER (breakenter.io), a Nice Shoes company, has promoted Ari Rubenstein to Creative Director, to lead the studio’s team of VFX supervisors, artists and producers, manage its slate of film and TV projects and set its overall creative approach. A 30-year industry veteran, Rubenstein joined BREAK+ENTER in 2021 as a VFX supervisor and has led its work on several key assignments, including the Prime Video series Outer Range and the independent feature Nanny, winner of the Grand Jury Prize at this year’s Sundance Film Festival. BREAK+ENTER’s other recent projects include The Pentaverate, Russian Doll, Pennyworth and The Many Saints of Newark.

Rubenstein has an impressive array of credits spanning features, television and animation as a VFX supervisor, lead compositor, compositor, match-move artist and technical director. In his new role, his goal is to foster a culture focused on innovation and empowering artists. “I want to build a supportive creative environment in a genuine way,” Rubenstein said. “I do that by being thoughtful and putting myself into the artists’ shoes, understanding why they entered the industry, what they want to achieve, and what keeps them engaged.”

Prior to joining BREAK+ENTER, Rubenstein served as a key artist responsible for look development and supervision at Blue Sky Studios for 15 years, where he worked on scores of animated features for Disney and 20th Century Fox. Over the course of his career, he has worn virtually every hat in the VFX production pipeline and worked at three industry pioneers, Xaos Inc., Tippett Studio and Blue Sky Studios. Rubenstein was also the founder and VFX supervisor/producer of Curv Studios. Among his many notable credits are Matrix Revolutions, Constantine, Charlotte’s Web and Hellboy. 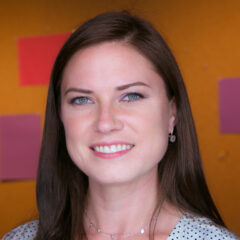 Kelcey Steele has been promoted to Creative Director. She most recently served as Creative Director on multiple Telly Award-winning pieces for Adult Swim and as Lead Compositor on Sesame Workshop’s S Is for Seasons Letter Film. A graduate of SCAD, Steele has proven herself as an animation industry thought leader and presented for Maxon at the 2020 NAB virtual show in New York. 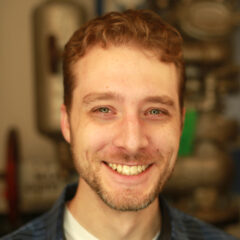 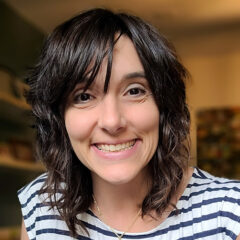 Creative producer Kate Leo has joined the studio as a Senior Producer. Leo has worked for industry greats such as Cartoon Network, Wieden + Kennedy, Wunderman Thompson NA (formerly JWT), AKQA, R/GA and Razorfish. Leo has nearly 20 years of experience managing creative teams and has overseen many successful projects for Sesame Workshop, Cartoon Network and Wonder Workshop among many others. 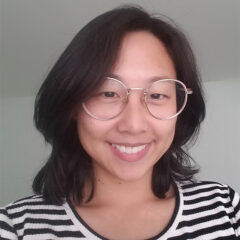 Primal Screen also hired L.A.-based Jennifer Katanyoutanant in the newly updated role of Producer (Games & Experience). She has worked on a broad range of digital projects including web games, virtual reality theater, augmented reality installations, social VR events and other emerging interactive mediums. Her role seeks to elevate the studio’s capacity for interactive and game projects through a multi-disciplinary lens.