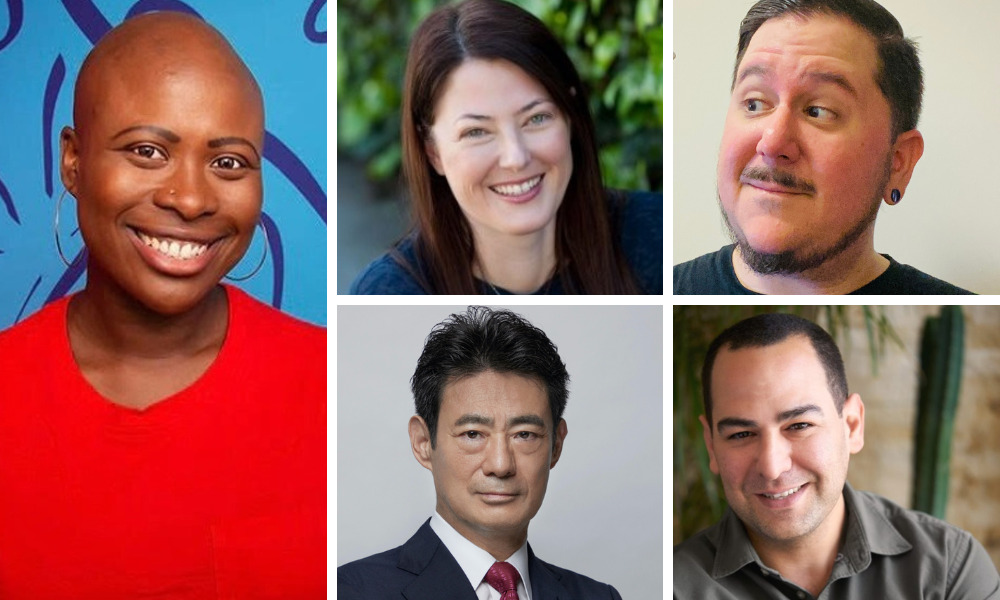 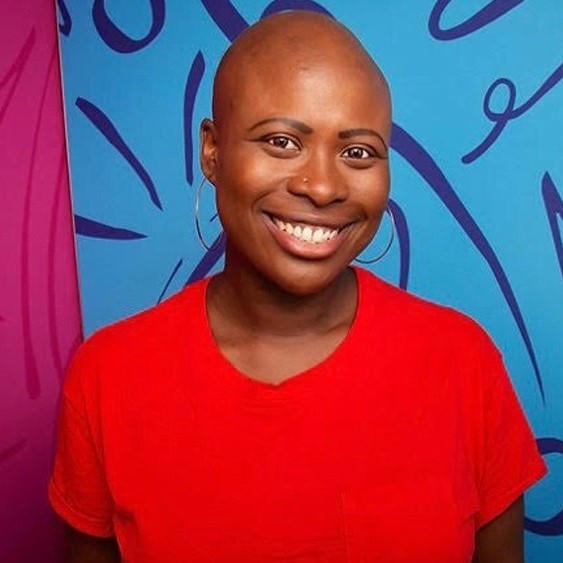 A member of the Hulu team since July 2020, Parker served as the lead development/current programming exec on both Hit-Monkey and Marvel’s M.O.D.O.K., as well as the live-action comedy hits Only Murders in the Building, Life and Beth and How I Met Your Father, while cultivating relationships with up-and-coming comedy talents. She was promoted to VP of Comedy Originals in November 2021.

Named one of Essence‘s 150 Black Women in Hollywood and a Rising Star by Shadow & Act earlier this year, Parker began her comedy career as an assistant to Comedy Central President Kent Alterman, making her way to Director of Original Content for the cabler. She previously worked at Dickhouse Entertainment and for director Spike Jonze. 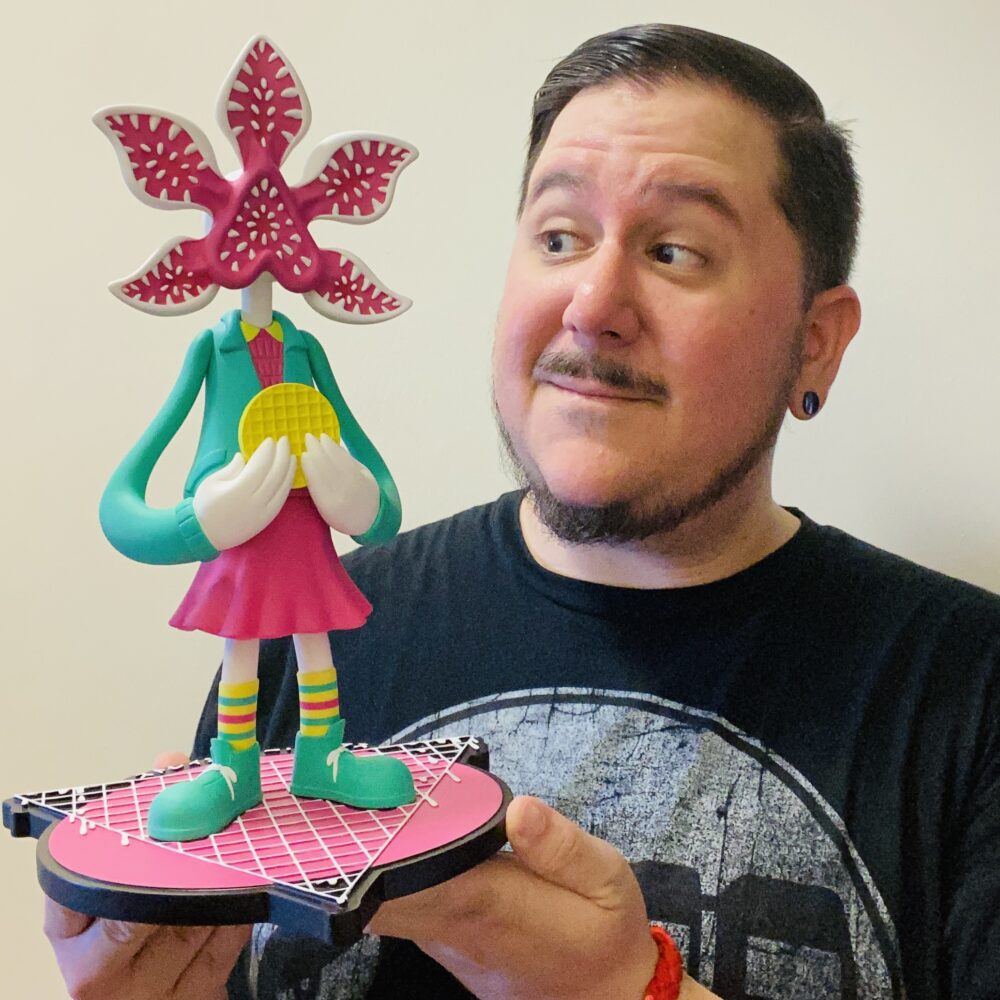 Joseph Game, a.k.a. CHOGRIN, shared news of multiple exciting projects this week. In addition to working on beloved animated series like Adventure Time, Regular Show and Big City Greens, the artist has  explored the many facets of pop culture as an illustrator and storyteller,  from curating and participating in art gallery exhibitions to writing bilingual children’s books. Most recently, CHOGRIN has ventured into the world of limited edition vinyl toys.

For his latest vinyl toy release, CHOGRIN has teamed up with Netflix to bring his unique style to the Stranger Things universe with the creation known as “Elegorgon” — a fusion design of the popular characters of Eleven + Demogorgon. The toy as well as a line of apparel and accessories featuring the Elegorgon design are now available through the official Netflix Store. 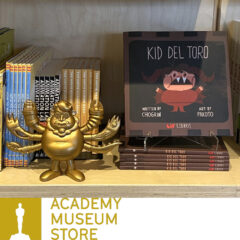 At the same time, CHOGRIN’s enlightening “Guru del Toro” vinyl toy and wonderfully charming English & Spanish-language children’s book Kid del Toro (both tributes to iconic filmmaker Guillermo del Toro) are both now available to purchase at the Academy Museum‘s official store. Featuring art by Pakoto, the book is inspired by childhood stories shared by del Toro, and follows young Guillermo as he defies his Abuela and stays up to read monster stories — and unexpectedly makes his first best friend.

CHOGRIN is also working on his animated short film, Lucky Brave’s Sunshine, which is set to hit the festival circuit in 2023. The film is written and co-directed by CHOGRIN. Afterwork studio MATTE CG (matte.cg) is producing and animating in Ecuador. The film is a coming -of-age space western about a young space cowboy who must go on a quest to save his sick grandmother. Check out the teaser! 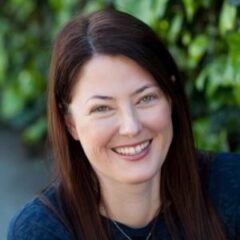 Stapleton most recently served as VP Acquisitions & Business Affairs at Zynga where she led investment, partnership and M&A strategy for the social casino team. She will leverage her 20 years of experience in the Silicon Valley among private equity, private and public companies, and venture capital firms in acquisitions and divestitures, joint ventures, minority investments and structured finance transactions to help further drive Tether Games’ next phase of growth. 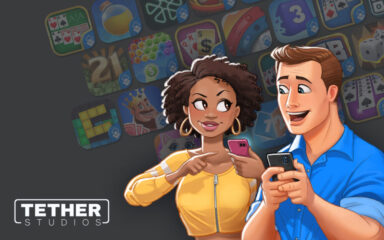 The news falls on the heels of Tether Games’ recent growth announcement of achieving $250 million in total gross lifetime revenue for the company in 2021 and taking its total catalog up to 27 titles downloaded by over 30 million players worldwide. Tether Games’ extensive catalog of skill-based games allows players to engage in head-to-head competitions, large multi-entry tournaments and bracket-based tournaments. Players can join multi-round tournaments for the chance to earn cash rewards as well as other prizes, including trophies. 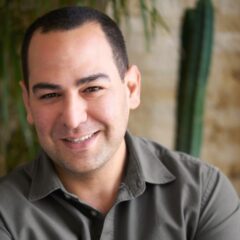 Multidisciplinary content creation studio AFX Creative (afx.tv) continues to expand its diverse, award-winning creative roster with the hiring of Head of CG Yarin Manes, formerly at The Mill. Manes will be tasked with helping to expand the current team with additional top talent, and believes it’s important to ensure a high level of culture and connection  despite a remote work model: “In my opinion, the strength of a team is directly reflected in the final outcome of a project. When the team is solid, the end result in the work truly shows,” Manes noted.

Manes brings nearly two decades of working as a VFX artist and lead to the post. Highly skilled in all 3D generalist functions with specialization in look development, lighting and compositing, his extensive career includes working at high-profile VFX-intensive productions and award-winning CG studios for film, TV, commercials and music videos with clients such as Apple, Nike, Ford, BMW, Pepsi, Target and Audi. In 2021, Manes received a VES Award for his role as CG lead on the Walmart Super Bowl spot “Famous Visitors.” 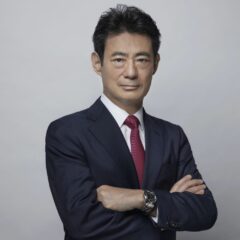 Additionally, Nippon TV announced the establishment of a new Content Strategy Division that aims to accelerate large-scale co-development and co-production projects with streamers, broadcasters and producers around the world. Already having experienced tremendous global success with its scripted and non-scripted formats, the goal is to build new strategic creative collaborations with international partners to create original content for viewers worldwide.

The studio’s parent company, Nippon TV Holdings, where Ishizawa will also be President and Chief Executive Officer, will maintain the investment budget of ¥100 billion to strengthen and expand its media content business as well as businesses that contribute to society, to enter new areas with the aim of achieving sustained growth in corporate value.