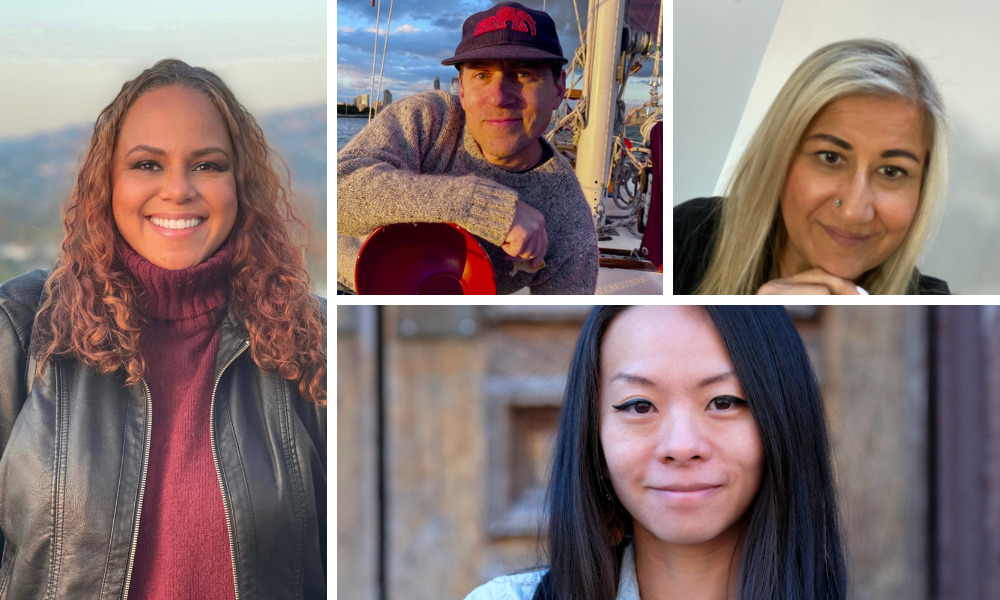 Jim Henson’s Creature Shop (creatureshop.com) has hired industry vet Dawn Turner as Director of New Business Development. Turner will identify and cultivate new global business opportunities for the iconic studio, focusing on promoting the services it can provide clients in film, TV, advertising, live theater/events and AR/VR. She will especially focus on the Shop’s practical animatronic and puppet work along with expanding the scope of its work in performed animation utilizing the award-winning Henson Digital Puppetry Studio proprietary real-time CG puppeteering technology. 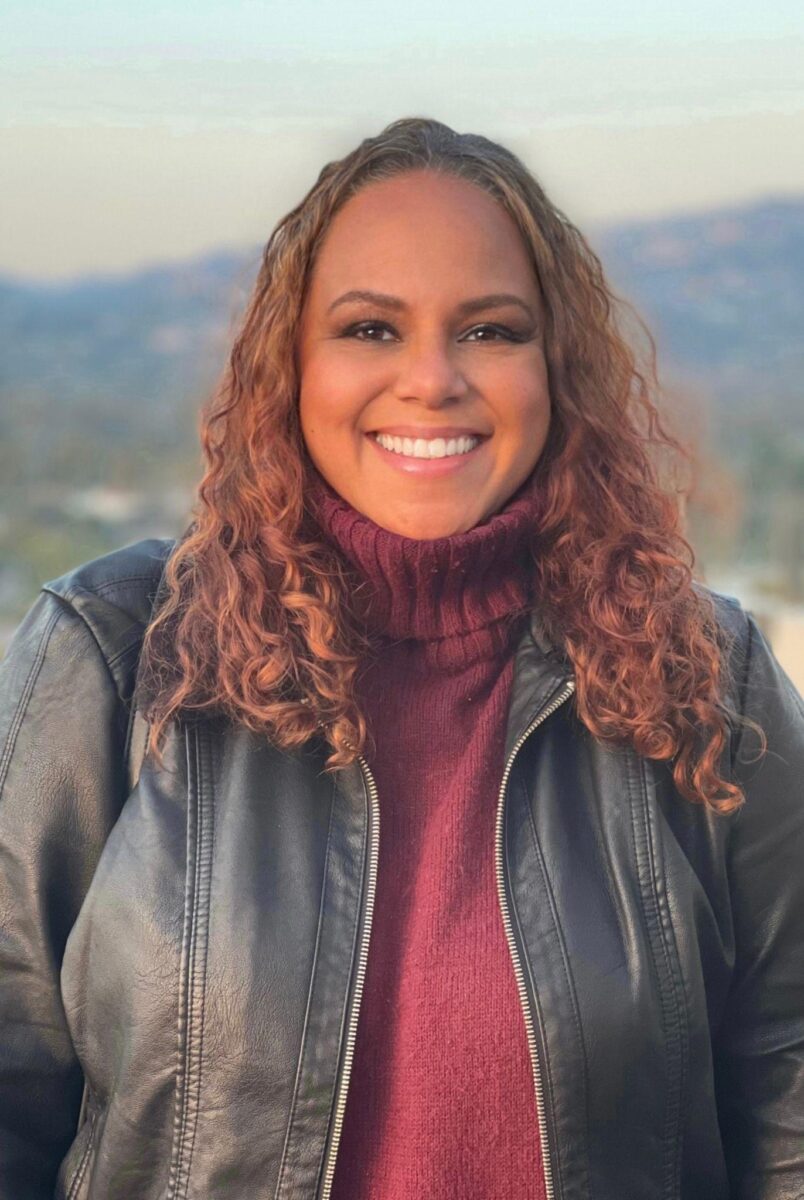 “Jim Henson’s Creature Shop is known the world over for creating some of the best-known characters in entertainment. I want everyone in the industry to know the full scope of our capabilities, not only in the world of practical creature effects but also with digital puppetry and the exciting new opportunities it offers for all kinds of creative endeavors,” said Turner. “From delivering more improvised and lifelike character performances and effects in real-time, to shortening the post-production turnaround process and cutting post-production costs, the possibilities of the Henson Digital Puppetry Studio are endless and I intend to make sure the creative community has the opportunity to learn all about this amazing technology.”

Before joining Henson, Turner was a producer in business development at Technicolor Creative Services and served as a producer of VFX and animation on a number of creative projects. Some of her credits include Star Wars: The Rise of Skywalker, Nim’s Island, Bruce Almighty, Scary Movie 4, The Boondocks, Star Wars: The Clone Wars, Shark Tale and Madagascar. Turner also served on the awards committee for the Visual Effects Society for several years and is a member of the Producers Guild of America, Women in Animation and Women in Film. 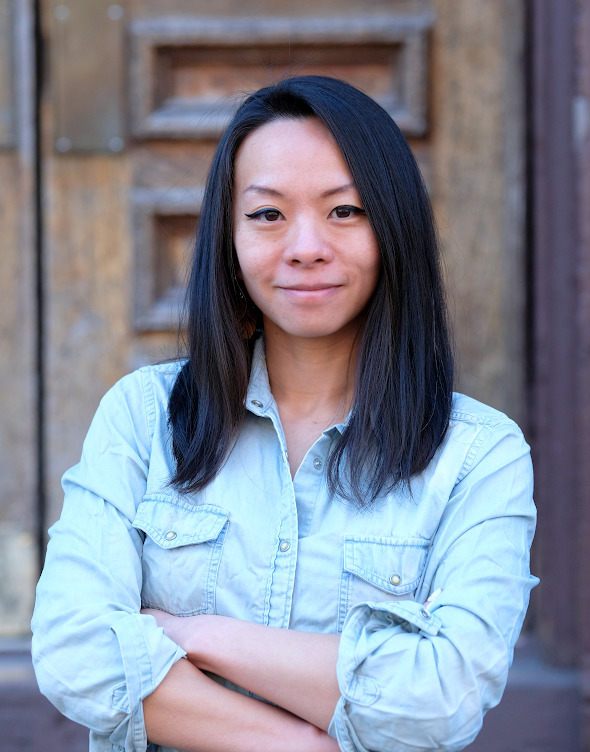 Emmy-nominated studio Hero4Hire Creative (hero4hirecreative.com) has appointed Jane Wu as Creative Director, bringing over 13 years of experience in art direction and animation design for commercials, films, documentaries, and TV series. With Hero4Hire, Wu’s multidisciplinary expertise will serve the studio’s pipeline of motion design, character animation, and mixed media projects. “I’m thrilled to join Hero4Hire because of their vibrant and fun body of work and I’m excited to grow here as a creative leader and an artist!” Wu shared.

Wu started her career as a storyboard artist, then branched out to animation and motion design. Her work has been featured on Netflix, A+E, AMC, PBS Kids, History Channel, ABC, Nickelodeon, Disney and FX on titles like What We Do in the Shadows, Sid the Science Kid, Tidying Up with Marie Kondo and Soul of a Nation — which has drawn rave reviews for Wu’s animated Afrofuturism sequence. She has also art directed and worked on commercials for Preacher, The Walking Dead, The Kid Who Would Be King and Family Guy, as well as major brands. A native New Yorker and first-generation Asian American, Wu graduated from Pratt Institute, majoring in Film & Animation and earning awards for her animated student film Book Girl & Cabinet Girl. She previously served as Art Director at award-winning creative agency BIGSTAR. 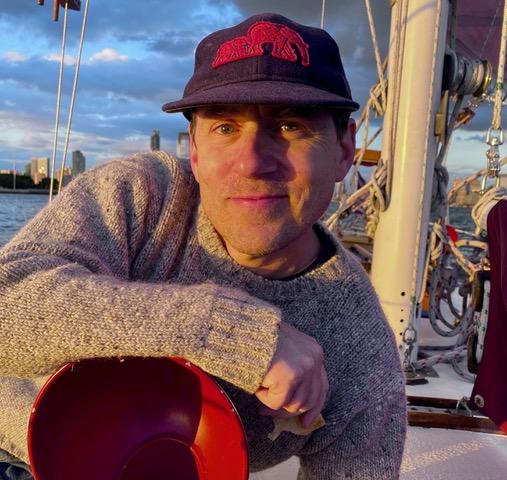 Today, global creative powerhouse Psyop (psyop.com) announced the signing of their latest award-winning talent, Teddy Newton, adding another top-tier director to their robust roster. Newton is a multi-disciplinary animation artist and director who created the Oscar-nominated animated 2010 Pixar short Day and Night. Just this December, Newton worked alongside the Psyop team on the holiday short Snow Day for the popular mobile game Clash of Clans. The short has earned over 27 million views on YouTube so far. “Having long admired and worked with Psyop on the most recent spot Clashmas, I’m excited to now be a member of this leading creative team,” said Newton.

Over his career, Newton has been an integral part of Brad Bird’s team, including storyboarding and writing the song “Duck and Cover” for The Iron Giant. He contributed to many story and design concepts in both Incredibles films, including the conception of Pixar’s Incredibles short Jack Jack Attack. In addition, Newton has served as a story and design contributor on other award-winning Pixar films like Ratatouille, WALL-E and the series of Toy Story franchise shorts. He was a character concept and visdev artist on The Iron Giant, The Incredibles, Ratatouille, Presto and Up; his original sketches hang in the hallways of Pixar headquarters. Newton is currently designing for Bird’s next animated feature and in development on multiple animated projects. 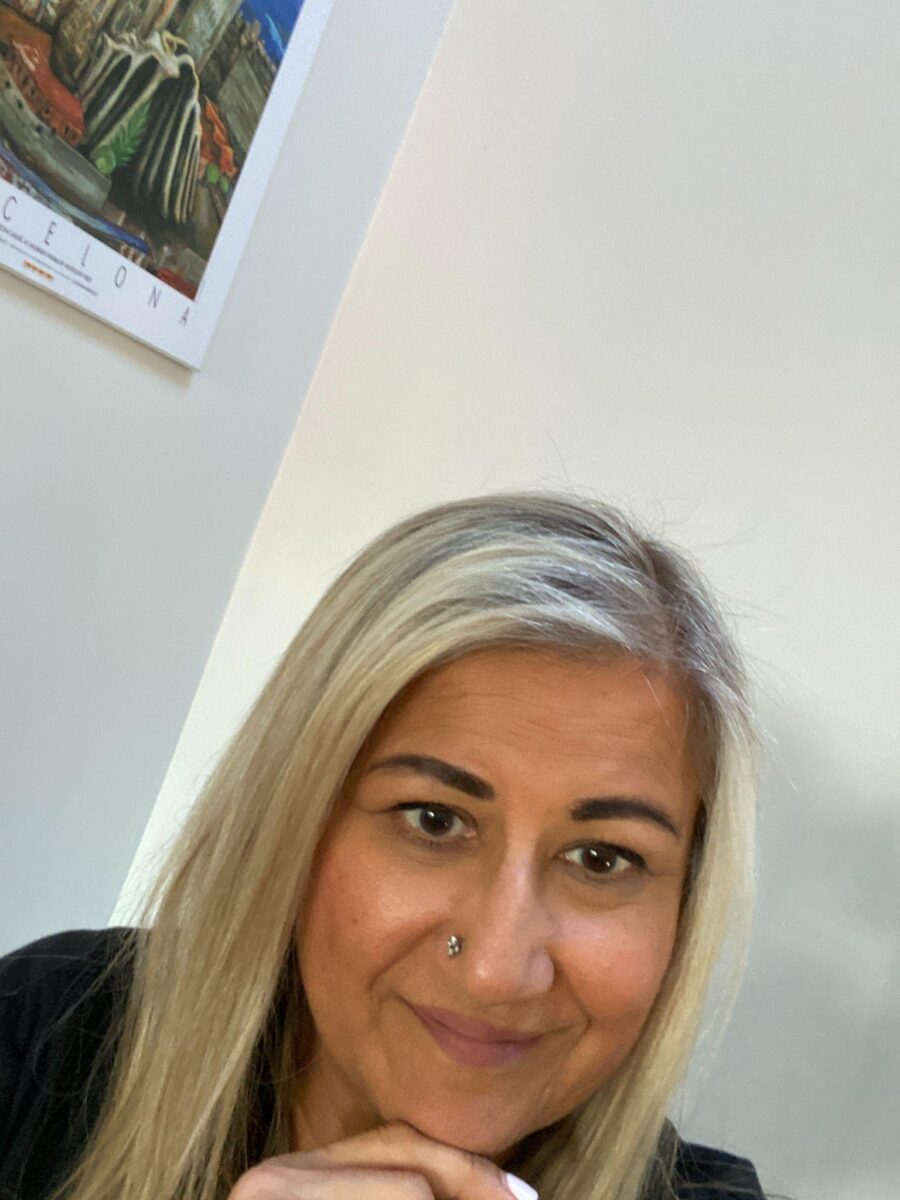 Post-production collective Smile + Wave (smileandwavepost.com) has welcomed Shenny Jaffer to the team, joining Ashley Monaghan as Executive Producer. Jaffer brings extensive experience across advertising, animation and motion graphics to the post, where she will support strategic and creative efforts from planning to execution. “Smile + Wave’s approach is not only unique but also innovative. In this new world, our clients continue to look for cost-effective ways to create impactful content. Smile + Wave offers just that and more,” Jaffer noted. The move marks her first foray into post production.

Having emigrated from East Africa to Canada as a child, Jaffer initially pursued a career in the medical field before shifting her focus to advertising. After landing a role as a receptionist at Ogilvy, she was soon assisting a team of seven producers in the broadcast department, before moving on to producing herself. She then transitioned to animation, producing at a 2D/3D/mograph studio. Throughout her career, Jaffer has worked with directors, creatives, marketing teams and major brands including Coca-Cola, Cadbury, Kronenbourg, IBM, Dove and Tim Hortons. As Head of Integrated Content & Broadcast at Wunderman Thompson, she was able to rejuvenate the in-house post offerings and bring in a healthy revenue stream. On contract as an Executive Producer for Alter Ego, she brought a much-needed perspective of agency/client relationships to the supplier side. 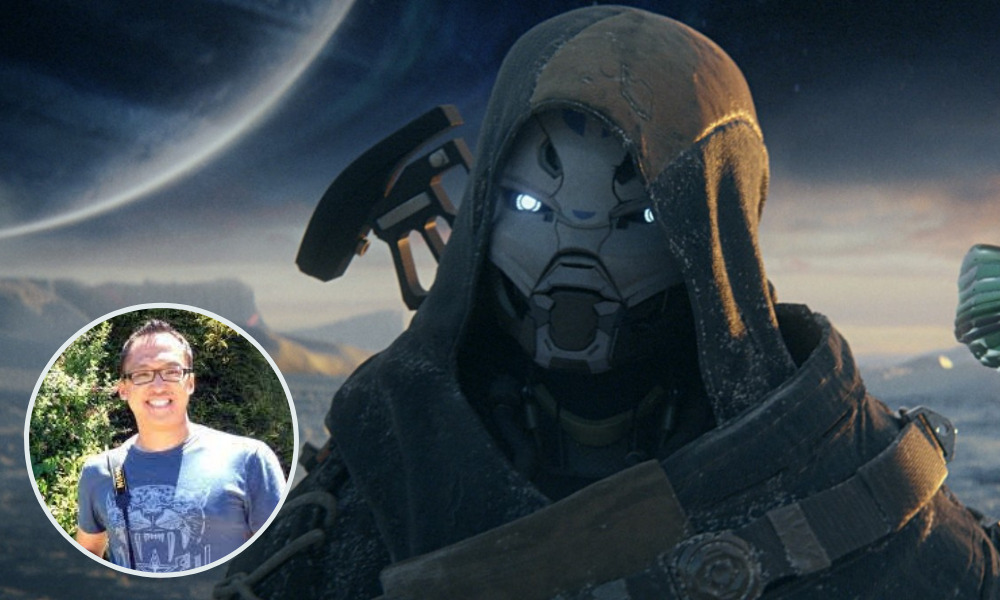 Following its recent acquisition by Sony for $3.6 billion, Bungie announced via its Destiny Bulletin Twitter feed Thursday that Derick Tsai has been named Head of Development for Destiny Universe Transmedia, charged with adapting the Destiny videogame IP across new mediums including film, TV, animation, books, comics and audio formats.

Tsai was previously director for Riot Games’ acclaimed League of Legends animated shorts. Prior to joining Riot, Tsai garnered over 15 years of experience across games, animation and film at outfits such as The Walt Disney Company, Marvel Studios, Universal Pictures, Obsidian, Crystal Dynamics, HyperX and more. 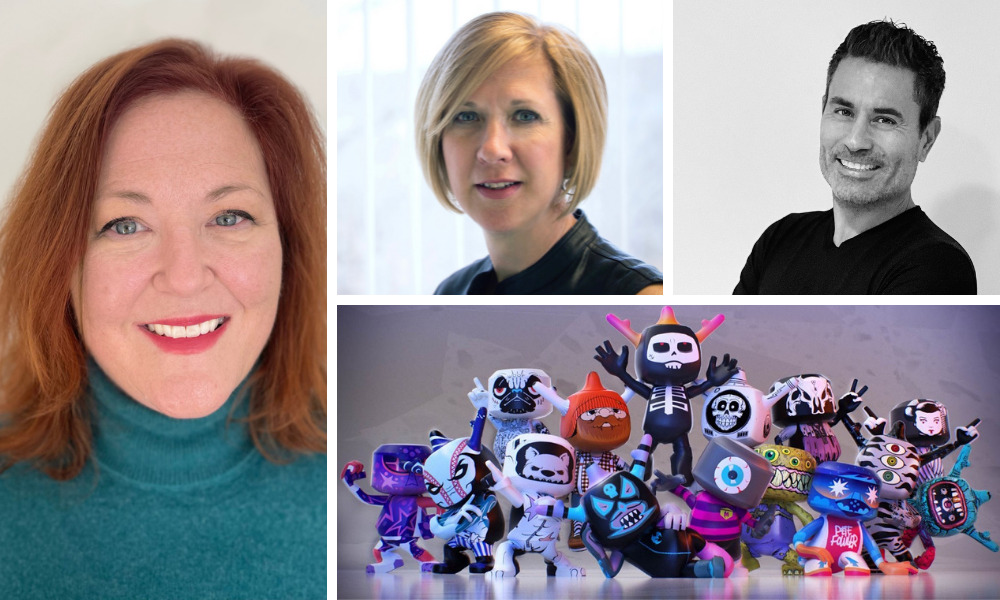