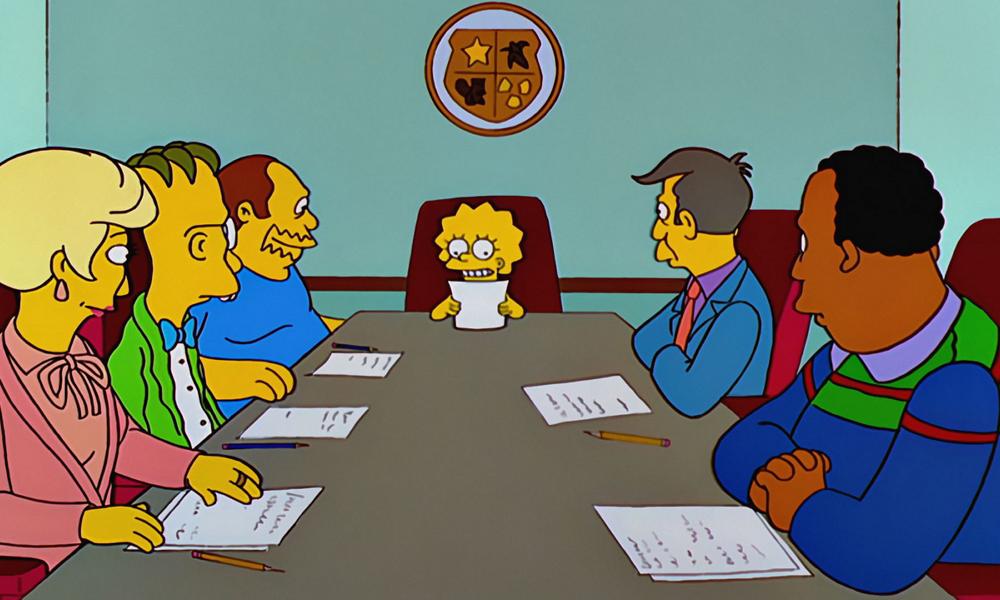 “Josh is an exceptionally talented, enthusiastic and innovative leader, consistently delivering strong results while demonstrating his unwavering commitment and care for our cast members, and a genuine appreciation for the importance of the Disney Difference to our guests,” said Chapek.

“I am certain he will take Disney’s Parks, Experiences and Products segment – home to some of our company’s most iconic and beloved businesses – to exciting new heights in the years to come.I want to thank Bob for giving me this opportunity and I look forward to following his record of driving innovation, value and growth as we deliver unforgettable experiences for our guests. It is an incredible honor to lead our team of talented and dedicated cast members around the globe, who go above-and-beyond every single day. Even during this challenging time, their enthusiasm for what we do is unwavering, and my goal is to bring our cast members back to work as soon as possible so they can continue to create that magic,” said D’Amaro.

Campbell has held leadership roles across Disney’s media, international and parks businesses, and most recently served as President of Disneyland Resort. As Chairman, Direct-to-Consumer and International, she will oversee the Company’s streaming businesses globally, including Disney+ — which this month reached 54.5 million paid subscribers less than six months after its launch — as well as ESPN+, Hulu and Hotstar. Campbell’s portfolio of experience also includes Disney’s International Channels, Fox Networks International and Star India. Prior to becoming President of Disneyland Resort last year, she was a member of the Direct-to-Consumer and International leadership team as President, The Walt Disney Company — Europe, Middle East and Africa (EMEA), where she oversaw the Disney+ launch strategy and direct-to-consumer roadmap for the region.

“As we look to grow our direct-to-consumer business and continue to expand into new markets, I can think of no one better suited to lead this effort than Rebecca. She is an exceptionally talented and dedicated leader with a wealth of experience in media, operations and international businesses. She played a critical role in the launch of Disney+ globally while overseeing the EMEA region, and her strong business acumen and creative vision will be invaluable in taking our successful and well-established streaming services into the future,” said Chapek.

Campbell commentead, “Having been a part of the Direct-to-Consumer and International leadership team, I know what a stellar group it is, and I’m honored to be able to lead the organization during this dynamic and exciting time. Armed with the best creative content engines and technology teams in the industry, I am extremely confident in our ability to continue growing the business around the globe.”

Campbell takes over from longtime Disney exec Kevin Meyer, who is leaving the company to become Chief Operating Officer of ByteDance and Chief Executive Officier of TikTok. 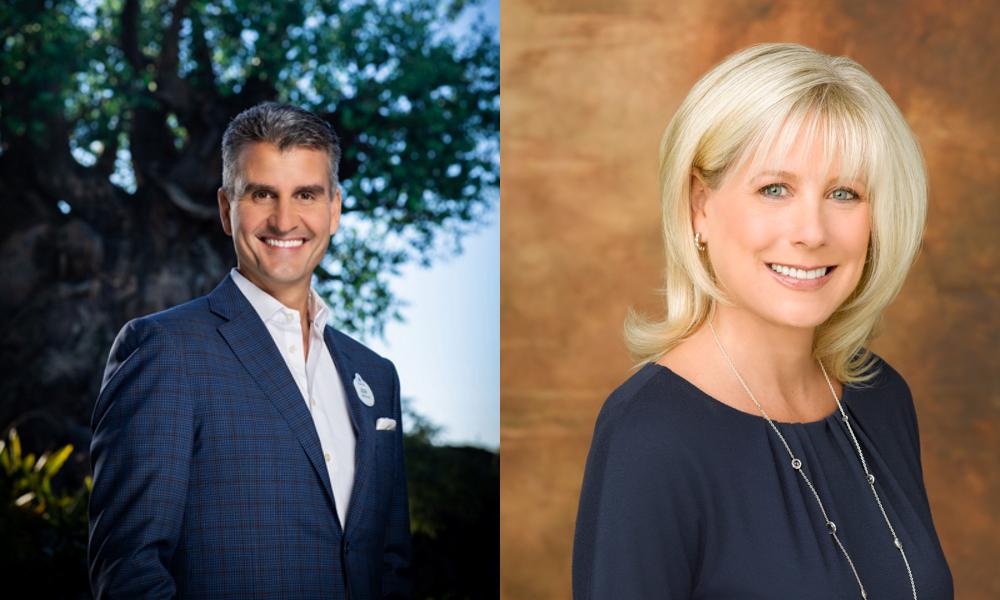 ViacomCBS Networks International (VCNI) has promoted Ezequiel “Quelo” Fonseca Zas — formerly SVP of Emerging Business, VCNI Americas — to General Manager of Streaming & Mobile for International. In his new role, Fonseca Zas will lead VCNI’s streaming business, strategy and international product rollout, with a focus on Pluto TV, Paramount+ and Noggin. He will work with regional digital and streaming leaders on a variety of go-to-market models, as well as ViacomCBS’ digital and streaming leadership to maximize the global impact of the business. Additionally, Fonseca Zas will lead the development of mobile products and partnerships with telco companies, while also working to create new revenue streams in emerging areas such as gaming, connected cars, wearables and AR/VR offerings.

“We see tremendous opportunity to grow ViacomCBS’ streaming and mobile businesses internationally. Our global operating footprint, including linear reach and on-the-ground resources, paired with ownership of the world’s most valuable IP and differentiated technology, will enable ViacomCBS to be a leader in the mobile and streaming space,” said Fonseca Zas.

Gazzolo commented, “Quelo is an outstanding leader who brings a wealth of expertise to this critical international role. I’m confident that Quelo will play a key role in the transformation of our business by accelerating VCNI’s digital and streaming strategy.”

Annecchino added, “I am thrilled that Quelo will be joining the mobile division. With Quelo’s talent and proven leadership, we are well positioned to capitalize on strategic opportunities and support ViacomCBS’ leading position in the increasingly convergent mobile industry.” 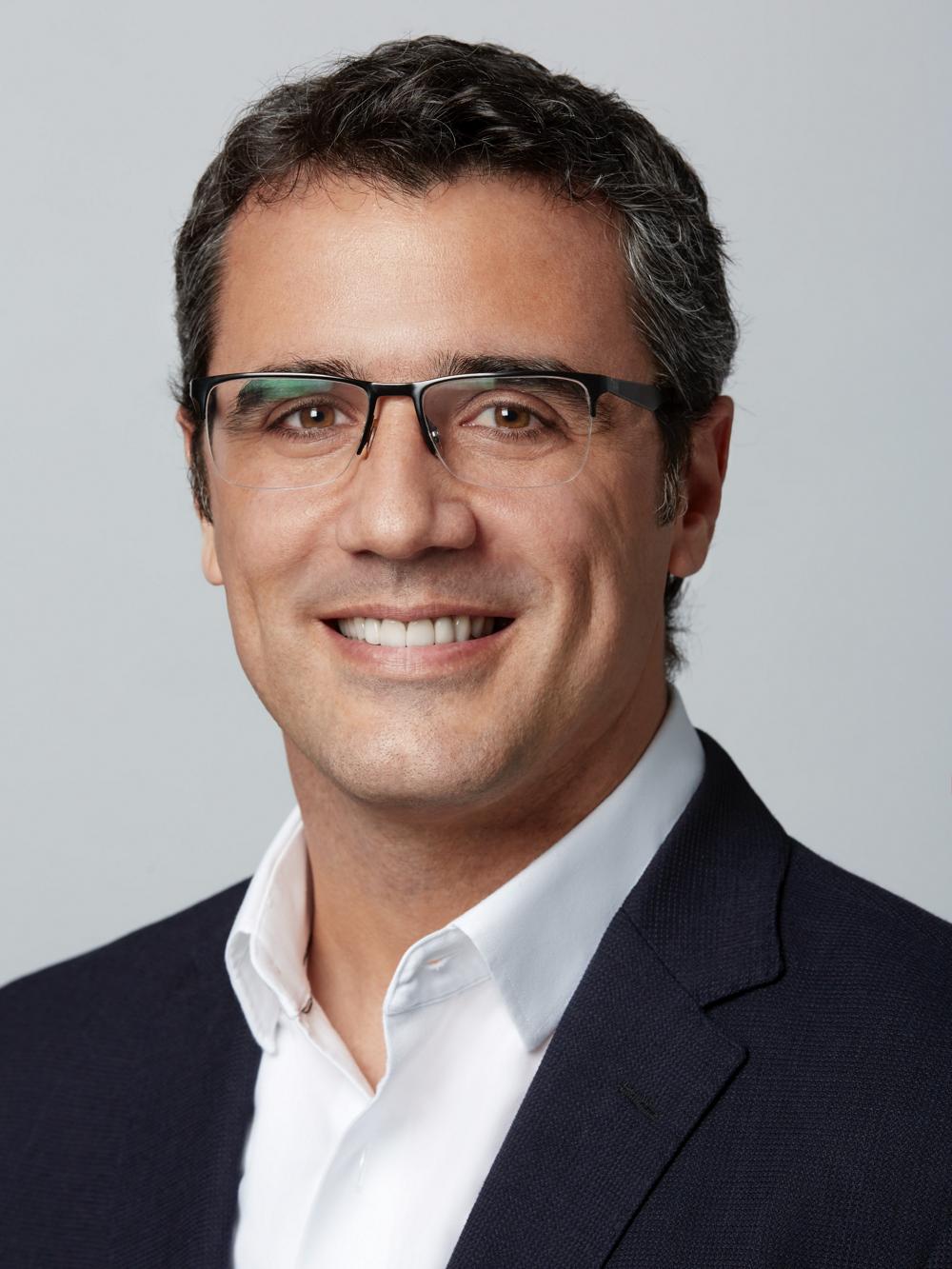 Warner Media Entertainment Networks & Sales has appointed Athreyan Sundararajan as its Vice President – Marketing & Brand Services for its business in Southeast Asia and the Pacific region (SEAP). His responsibilities in this newly-created position include marketing, social media, creative services, as well as data and insight for the company’s kids and entertainment pillars. Brands under his watch include Cartoon Network, Boomerang, HBO, Cinemax, Warner TV and Oh!K. Based in Singapore, Sundararajan reports into Clement Schwebig, WarnerMedia’s managing director for SEAP and China.

“Athreyan is a superb addition to our new-look team, and a key piece of the puzzle as we put the finishing touches on our management structure. With his broad experience across the region, he is the perfect choice as we drive to bring out the best in our brands and showcase our world-class content and experiences,” said Schwebig.

Prior to joining WarnerMedia, Sundararajan was SVP of marketing and commercial strategy for Fox Networks Group, Hong Kong & Southeast Asia. He most recently oversaw the setup of Disney Media Networks’ brand solutions and partnerships team in Singapore. Since 2008, he has held a variety of roles at Fox, and has experience with content brands across several genres. He has been part of major initiatives like the launch of Fox Movies and National Geographic Abu Dhabi in the Middle East; rebranding of Fox Sports; launch of SVOD service FOX+’ as well as partnership marketing for affiliates and ad sales in Southeast Asia. He also has an agency background with stints at Leo Burnett and JWT in India, and is a graduate of Ramakrishna Mission Vivekananda College and Mudra Institute of Communication in Ahmedabad. 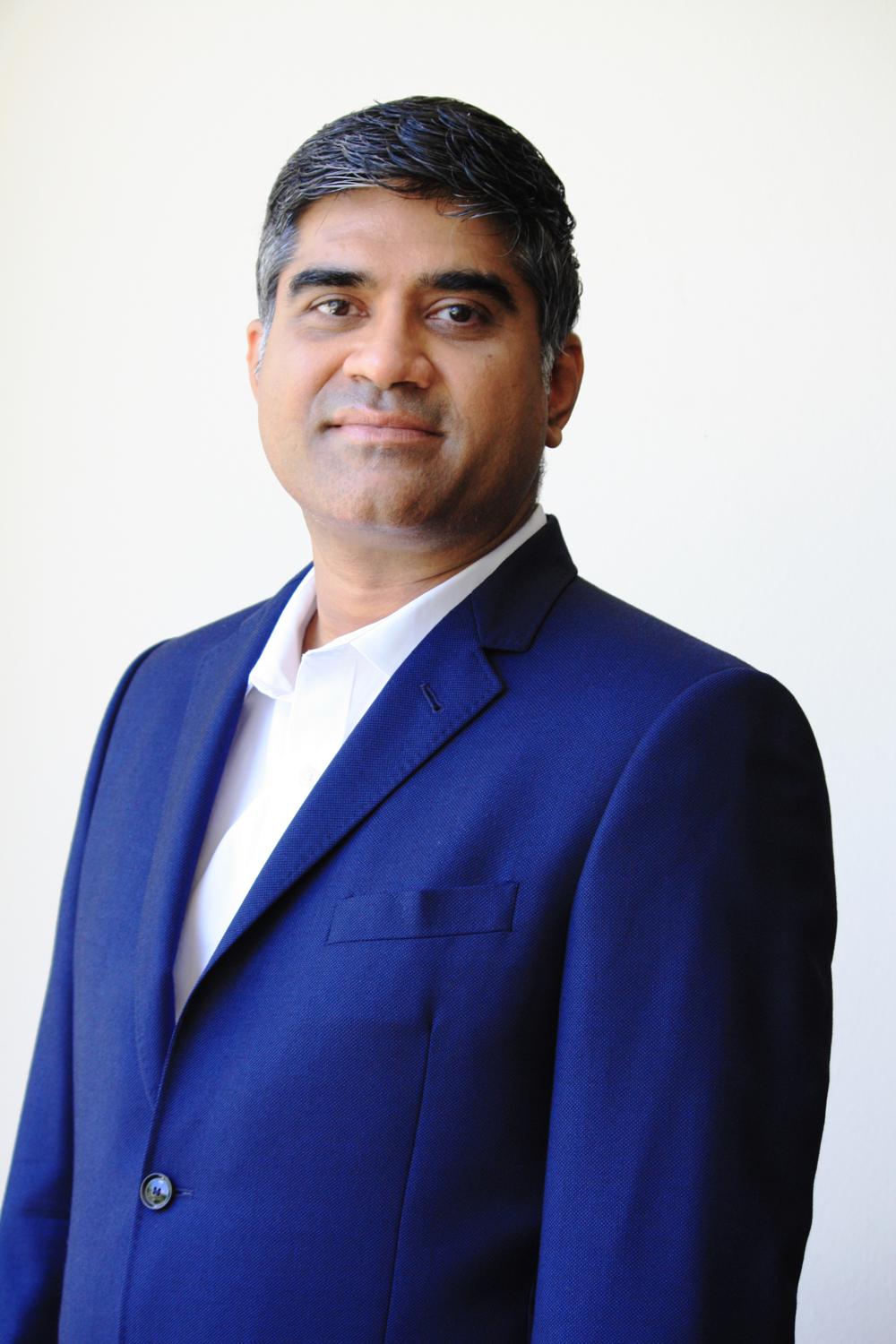 Two-time VES Award winner Graham Page joins the company as VFX supervisor after 14 years with DNEG, where he supervised the company’s work on blockbuster titles such as Avengers: Endgame, Captain Marvel and Avengers: Infinity War. He brings Framestore’s tally of best-in-the-business VFX supervisors to 24 — a team whose experience encompasses early-doors pre-production and on-set supervision through to the final delivery of Oscar-winning visual effects.

Similarly client-facing but focusing on winning projects rather than delivering them is Anna Ford, who joins Framestore as Head of Business Development, Film. Formerly Sales and Bidding Manager at Cinesite, Ford brings in-depth knowledge of the global production industry and a passion for emerging technologies that will help identify and secure exciting projects that will push and challenge Framestore’s team of creative thinkers.

Returning to the Framestore fold is Mark Hodgkins, who rejoins the company after a 12-year stint with DNEG. Mark will serve as Framestore’s Global Head of FX, Film, and brings with him unparallelled technical knowledge and extensive experience across globe-conquering properties from Marvel, DC and J.K. Rowling.

“While working in different areas of the company’s business, Graham, Anna and Mark all share the kind of outlook and attitude we’re always looking for at Framestore: they’re forward-thinking, creative in their approaches and never shy away from the kind of challenges that will bring out the best in themselves and those they work with,” said Fiona Walkinshaw, Framestore’s Global Managing Director, Film.

Cottonwood Media and Federation Entertainment have appointed Tiffany Weltman to the newly created position of Director of Digital Marketing. Her main remit for Cottonwood Media (Federation’s kids programming subsidiary) will be to further develop the company’s international digital strategy working across all social media and digital platforms (social networks, and channels such as YouTube, AVOD, etc.), as well as creating exclusive online content. She will also continue to promote Cottonwood’s kids shows, whilst providing on-going support to key broadcasters, and further building the respective programming brands. In addition, Weltman will extend her expertise to Federation’s overall digital marketing strategy in order to reinforce the company’s brand as the media landscape continues to evolve.

“It’s great to have Tiffany join our team! She is a unique executive and brilliant marketing strategist who brings substantial business acumen to the creative process. The timing couldn’t be more perfect as global audiences are turning to content across all channels and platforms to get through these challenging times,” said David Michel, CEO and President, Cottonwood Media and Co-Founder, Federation Entertainment.

Weltman began her TV career in 2011 and was responsible for heading up the marketing and partnerships for youth programming at Canal+, before joining TF1 in 2013 as part of the WAT.TV team. In 2015 she developed the MYTF1 XTRA service under the direction of Olivier Abecassis and Olivier Ou Ramdane, before being promoted to Head of Content Strategy for MYTF1 in 2017. 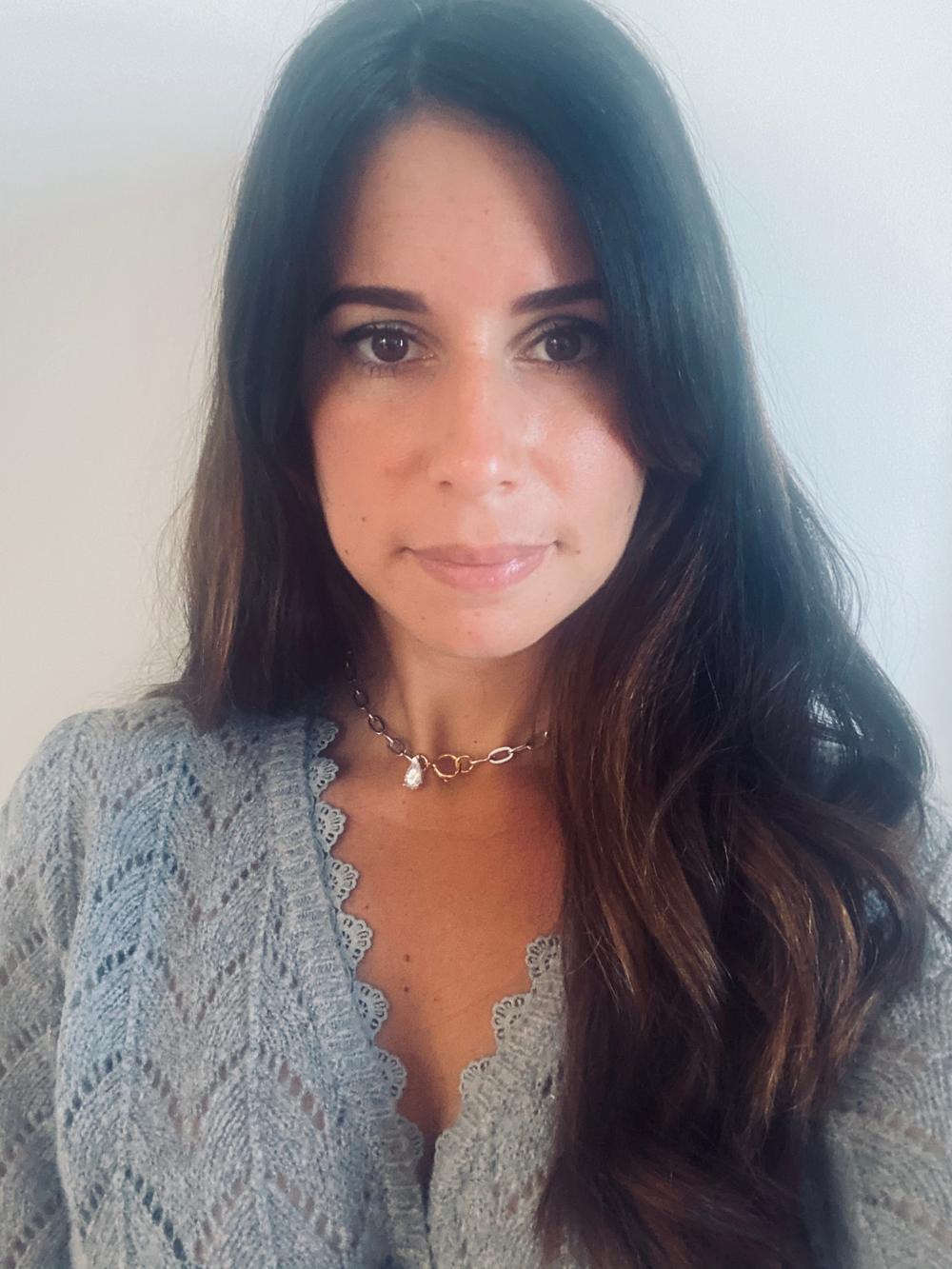 Atlanta-based animation and design studio Fern has added Montreal-based visual artist Elizabeth Laferrière to its talent roster, representing her in the United States as a director (overseeing all aspects of projects, including scheduling, developing teams, storyboarding and working with sound designers to supervise music composition) and art director incorporating her visual style on projects for Fern’s clients. Laferrière, whose decade of experience includes working with clients in music, television, publishing and the arts, is known for creating surreal images through collage. The French-Canadian creative joins Fern’s globally diverse, female-majority team that includes employees who originally hail from Romania, China and Spain.

“Adding Elizabeth to our skilled studio will help diversify and broaden our portfolio from both a style and storytelling approach. She possesses the ability to portray empathy and emotionality through design – the backbone of Fern – which is why this is a natural collaboration.” said James Mabery, Fern’s founder and animation director. “Elizabeth is able to use imperfections, like tears and squiggles, and nuanced elements to create designs that feel authentic and sophisticated. Her approach and aesthetic increase our range of services and gives us the ability to share our clients’ messages in new ways.”

Laferrière’s work has been featured in Fubiz, Trendland and a variety of other online and print publications. She previously taught motion design at Université du Québec à Montréal and has presented on a variety of topics at conferences such as Montréal in Motion, CÉGEP Marie-Victorin, the Association of Registered Graphic Designers and Collège Champlain of Vermont. Laferrière earned her diploma of college studies in graphic arts from Collège Ahuntsic and her bachelor’s degree in graphic design from the Université du Québec à Montréal. While at university, she spent a semester studying abroad at ESAG Penninghen in Paris.

“I’ve respected Fern since I first saw their award-winning short film Unexpected Discoveries. It showcases their tremendous ability to tell stories that resonate with audiences. It also highlights their most important asset – the thoroughness they bring to every task,” said Laferrière. 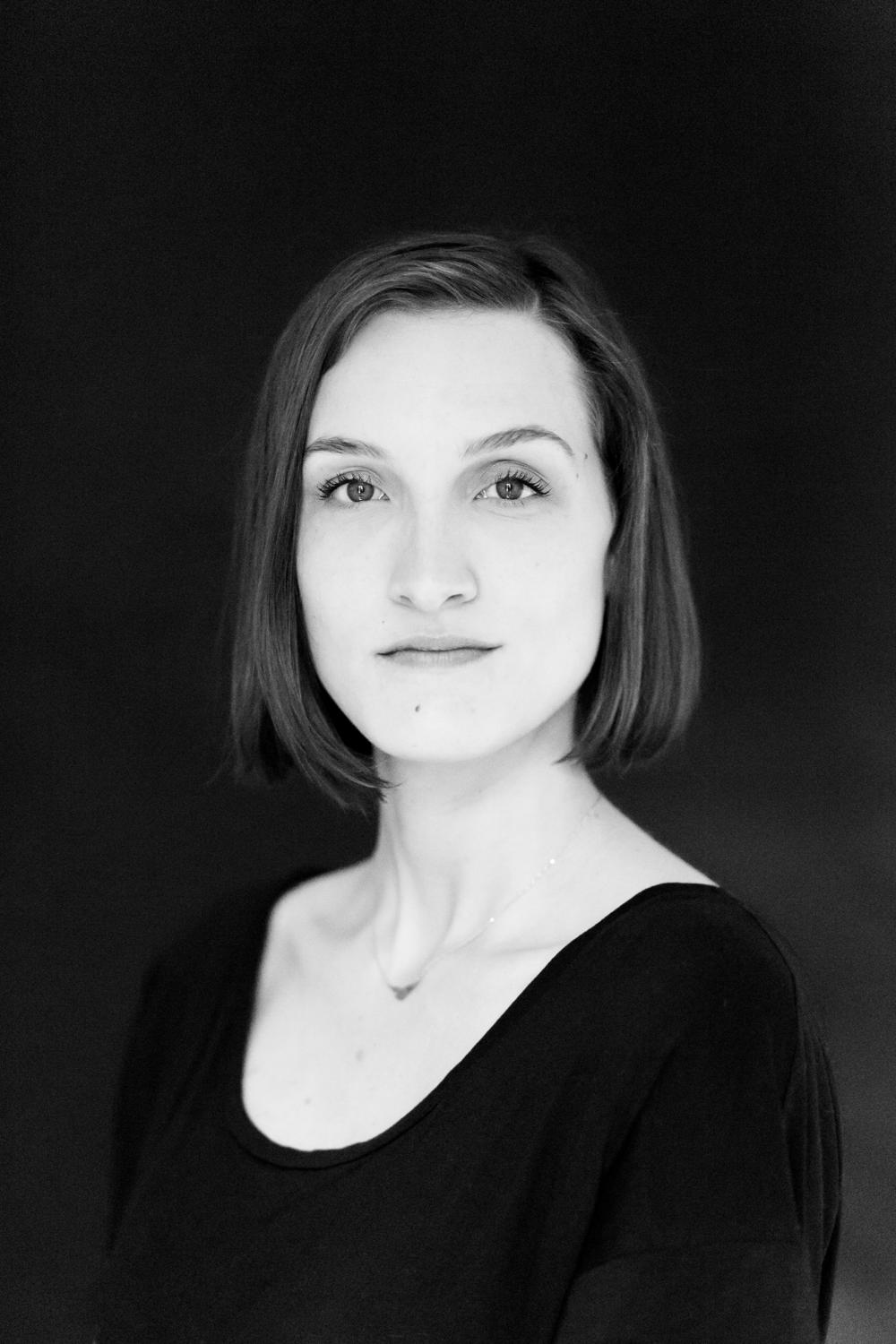 During his six-year tenure, Reynolds helped guide the company as it created mixed-media preschool hit Becca’s Bunch (premiered by Nickelodeon U.S. in 2017) and newer mixed-media series Jessy & Nessy (launched on Amazon Prime, now out to linear broadcasters). He joined in 2014 to help JAM grow in international markets and was primarily focused on overseeing financing for its slate, reporting to CEO John Rice. Prior, Reynolds was the group commercial director for Millimages, and previously held senior positions at Cinar Entertainment and Sunbow Entertainment.

Dickers had been with JAM for seven years, and co-created Becca’s Bunch with Conor Finneggan. He also created Jessy and Nessy, and several more series currently on the studio’s development slate. Prior to joining JAM, Dicker served as creative director at Warner Bros./TT animation for six years, and previously was the lead animation/designer at Traveller’s Tales for seven years. 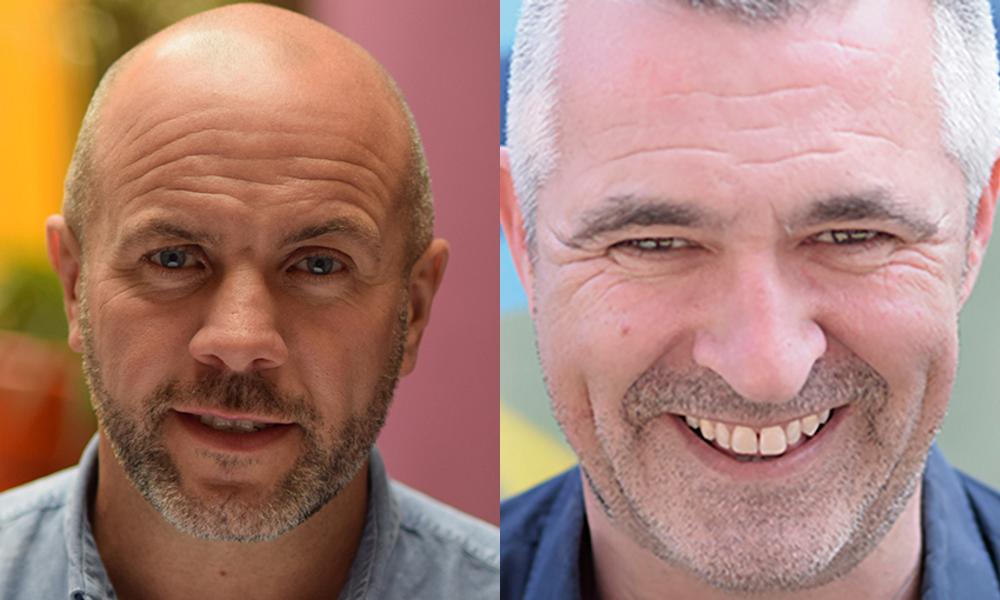