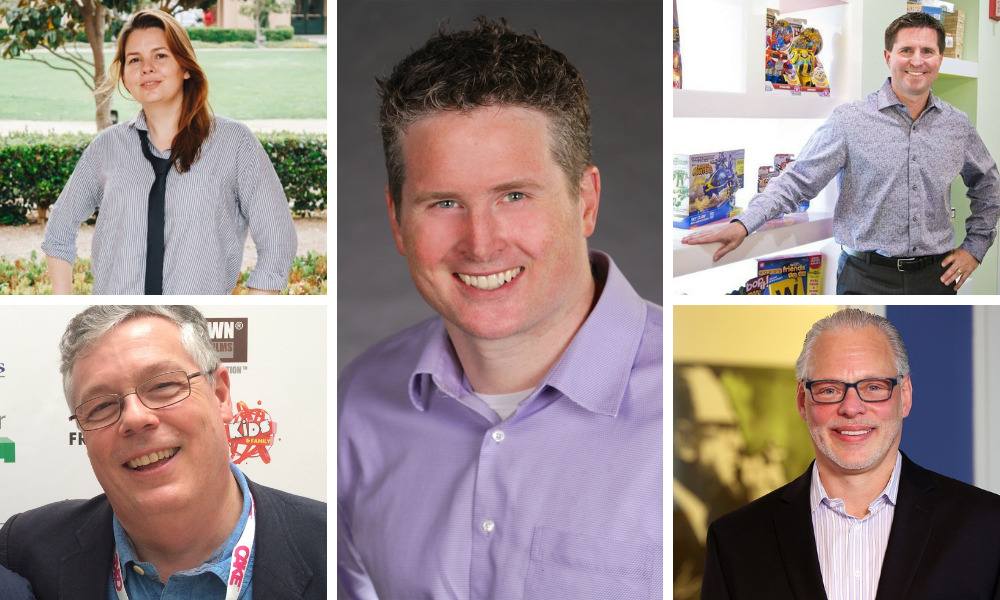 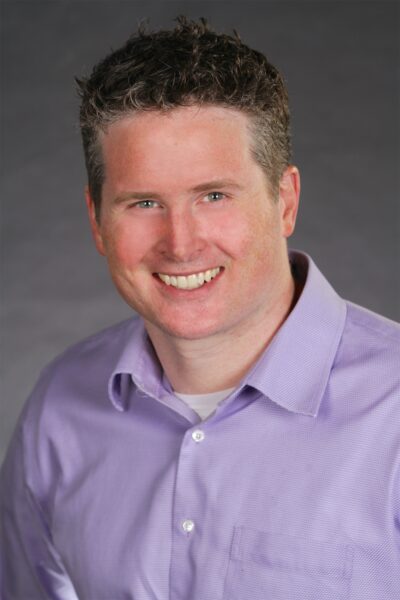 Hasbro, Inc.‘s Board of Directors has appointed Chris Cocks as Chief Executive Officer and member of the Board of Directors, effective February 25. Cocks currently serves as President & Chief Operation Officer of Hasbro’s Wizards of the Coast and Digital Gaming division, a global leader in tabletop and digital gaming. He will succeed Interim CEO, Rich Stoddart, who was appointed following the October passing of Hasbro’s longtime CEO Brian Goldner. Stoddart, who has served as a Hasbro independent director since 2014, will become Chair of the Board, effective Feb. 25. 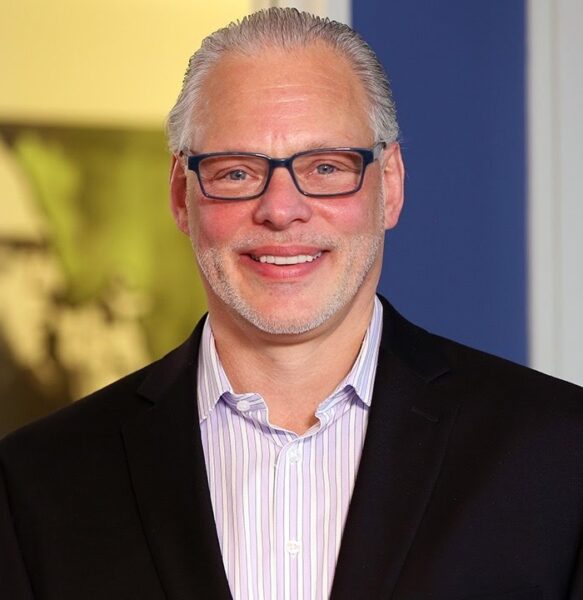 Rich Stoddart, Head of Hasbro Board of Directors

“Hasbro has amazing brands, gifted storytellers and unique entertainment assets, and I am humbled to step into the position of CEO at this important time and to build on the strong foundation Brian created. Our consumer products, gaming and entertainment teams are the best and most creative in the business and have shown such incredible resilience. I look forward to working with our highly-experienced senior management team as we continue to reimagine play and entertainment and deliver experiences to families and fans, of all ages, around the world,” said Cocks.

Cocks has served as President & COO of Wizards of the Coast since 2016, when he joined Hasbro from Microsoft. The Hasbro subsidiary offers games and entertainment under top brands such as Magic: The Gathering, Dungeons & Dragons and Duel Masters. Under his leadership, Wizards of the Coast has focused on cooperative game play, expanding new digital initiatives and creating a robust workforce of back-end developers, digital designers, 3D artists and producers. Revenue at Wizards of the Coast has more than doubled, surpassing $1 billion in 2021. Hasbro expects to name a new president for Wizards of the Coast in the coming weeks.

During his 14 years at Microsoft, Cocks led a global sales and technical engagement team as Vice President, OEM Technical Sales and served in product management and marketing leadership positions at MSN and Xbox Games, where he worked on hit franchises like Halo and Fable. 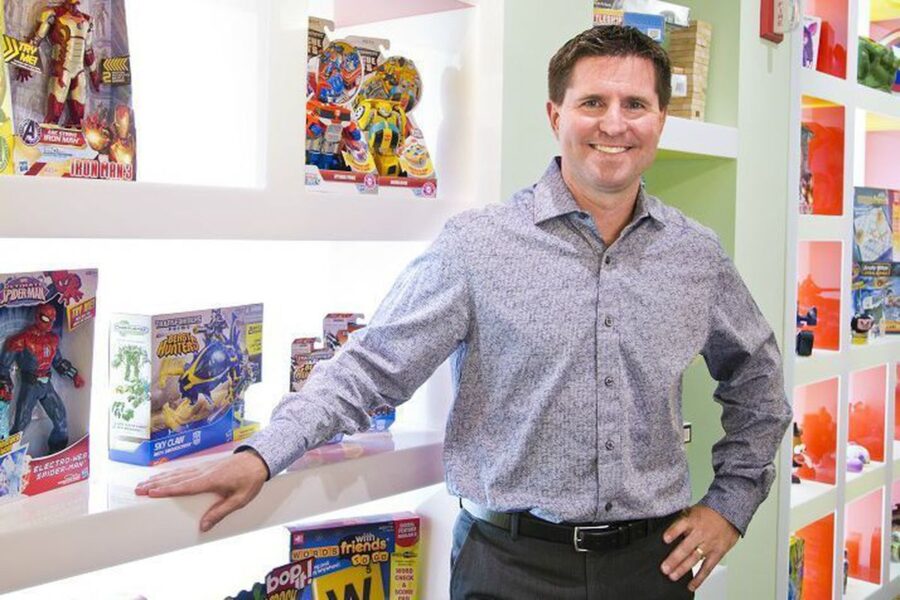 Nyman, who joined Hasbro in 2003, currently serves as Chief Consumer Officer and Chief Operating Officer of Hasbro Consumer Products. In this role, he leads the Hasbro Consumer Products business unit, including oversight for operations and partner relationships, Hasbro’s licensed consumer products business and Hasbro Pulse, the Company’s direct-to-consumer platform. He previously served in a number of senior roles, including President of Hasbro North America and General Manager and Senior Vice President of Marketing. 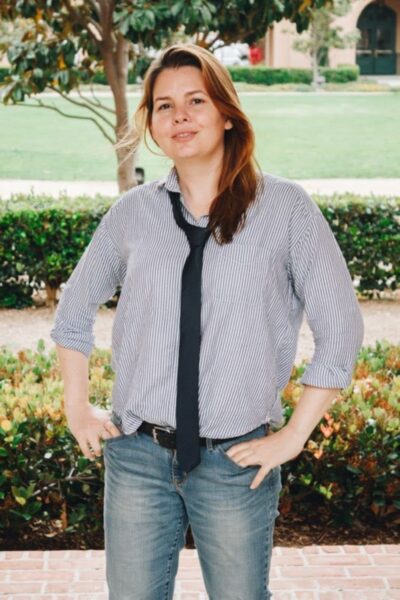 Lorelei Bunjes has joined Portland, Oregon’s Image Comics as Director of Digital Services, overseeing the imprint’s digital channels, working with the Sales and Marketing departments to increase sales for digital editions and with distributing partners such as Apple, Google, Humble Bundle, Kindle, IPG and Hoopla. She will report to Eric Stephenson, Publisher & CCO. Emilio Bautista, Digital Sales Coordinator, will now report to Bunjes.

Bunjes has previously held positions at the San Diego Comic Art Gallery, WildStorm Productions/DC Comics and, most recently, served as Vice President of Technology & Information Services at IDW for 12 years. For the past year, she has worked as a freelance consultant for a variety of publishers, including Image.

“Comics have long been a passion of mine. It’s a truly unique medium with how empowering it is for storytellers and how engaged its audience is. I could not be more excited about joining Image and supporting comics, creators and readers,” said Bunjes. 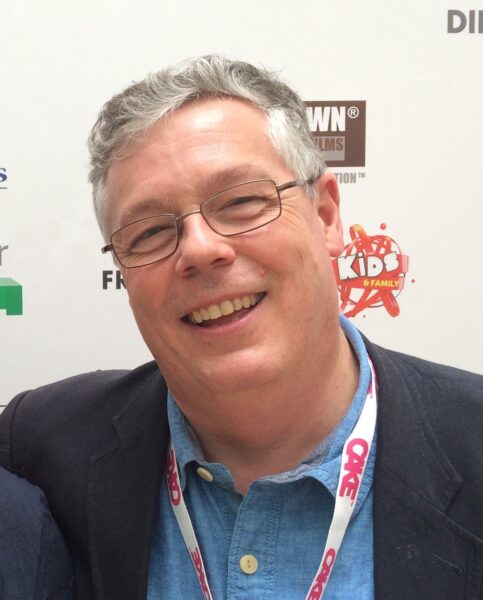 The Children’s Media Conference (CMC) announced that its Editorial Director Greg Childs has been awarded an OBE for Services to International Trade and the Children’s Media Sector in the Queen’s New Year’s Honors List. The award has been presented to Childs in recognition of his considerable contribution to children’s media throughout his career, which started at the BBC where he worked for 27 years primarily as a director, producer and executive producer of children’s programs. His credits include preschool series Play School and 10 years (1988-98) as the producer of Record Breakers.

“This is a fantastic new year present. Not just for me but for the whole kids’ media industry. It’s for the hard work of so many U.K. creatives and companies that make internationally successful projects, as well as the CMC team in Sheffield. It also recognizes all the people who volunteer to make The Children’s Media Conference a success – advisors, speakers, session producers, student helpers – they all do their bit to make the kids’ media sector the best it can be. And inspiring volunteer effort keeps the Children’s Media Foundation going too. I’ve just done the gathering together, cajoling and persuading, steering the ship full of all these people who care about kids,” said Childs.

In 1998, Childs created the first Children’s BBC websites, and ran one of the BBC’s first cross-media units creating interactive content online and linear programming for kids and teens for TV. He then moved into broadcast television as Head of Children’s Digital. In this role, Childs was Deputy Commissioner for Children’s BBC, while running a daytime preschool service on BBC Choice and developing the children’s channels CBBC and CBeebies, which he steered to their successful launch in 2002. He subsequently led an innovative research and development unit within BBC Children’s, investigating and piloting ideas on the future of kids’ media.

In 2004, Childs left the BBC, set up Childseye Consulting, where he developed projects for Playhouse Disney in the U.S., was in the launch team for Teachers TV, managed the development and launch of the CITV Channel, was advisor to Al Jazeera Children’s, and from 2011-13 advised the European Broadcasting Union on their Children’s and Youth strategy. The same year, he was invited to join Kathy Loizou in setting up the groundbreaking Children’s Media Conference in Sheffield, which has grown into a pan-media, industry-wide annual event regularly welcoming 1,200 delegates. As Editorial Director, Childs is responsible for the content CMC offers the industry and provides behind-the-scenes support to companies and freelancers.

Childs is also a founding member of Save Kids’ TV, running the organization for six years and leading to the creation of the Children’s Media Foundation, which campaigns for U.K. kids’ media, publishes the annual Children’s Media Yearbook, runs the All Party Parliamentary group for Children’s Media and the Arts, successfully lobbied for the Young Audiences Content Fund and has recently published a Report on the future of public service media for young people. Childs serves as Director of the Foundation.