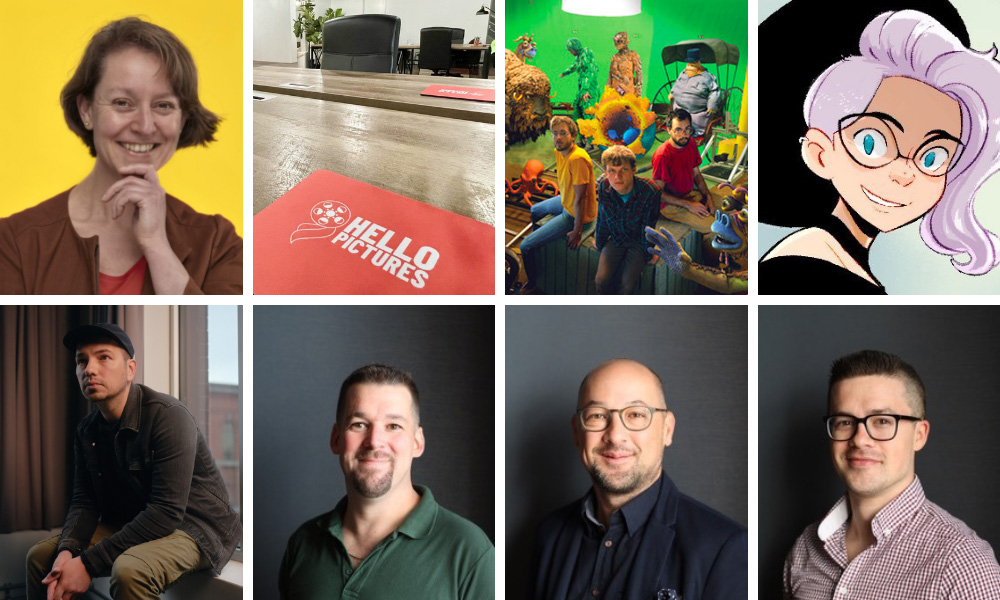 In response to its rapidly expanding content slate, Ireland’s Lighthouse Studios (www.lighthousestudios.ie) announces the promotion of long-time series director & showrunner Gilly Fogg to Head Creative, responsible for creatively overseeing the studio’s original IP development and service project slates. The announcement was made by MD Claire Finn. Fogg will work closely with the showrunner of the studio’s first own adult IP, a gritty animated crime drama loosely based on real events at the turn of the millennium in Ireland. She is also overseeing the company’s “short film project,” an in-house initiative for employees to submit an original concept, with the top pick to be developed and produced by the studio. A creator herself, Fogg is also currently writing an original work, which explores intergenerational relationships in a changing world.

“This new role as Head Creative allows me to oversee and act as the ‘creative guardian’ for all of our projects and collaborate with the creative talent in our partner studios. What I enjoy most in the creative process is working closely with people and building long-lasting creative relationships. It’s also a privilege to mentor upcoming directors in our own team. I love working with Claire whose vision inspires the entire team to bring to life projects that entertain audiences across the globe,” said Fogg.

Fogg joined Lighthouse at launch in 2017 as Studio Series Director and then became Showrunner in February 2021. She has been involved in the studio’s creative process since inception, directing the Amazon Prime original Bug Diaries and creatively overseeing the tests that won the projects currently in production, including The Cuphead Show for Netflix. She is currently directing a TBA mini-series for one of the global streamers and is serving as showrunner on another series, currently in development, which Fogg successfully pitched alongside Finn in Sept 2019.

Prior to joining Lighthouse, Fogg worked as a Series Director for DHX Media on Wishenpoof for Amazon Prime with Angela Santemero and Wendy Harris, Space Ranger Roger and three seasons of Animal Mechanicals for Canada’s CBC. Previously, she worked for HIT Entertainment for eight years, starting as a stop-motion animator and then serving for four years as an episodic director for the hit series Bob the Builder. Fogg began her entertainment career during university as a puppeteer, touring Scotland with the Perfect Chaos theater company. Following university, she received an internship at Studio Jiri Trnka in Prague, studying all aspects of traditional animation under Vlasta Pospislova. Fogg received a degree in Film & Theatre Studies and English Literature at the University of Glasgow and studied film at Queen’s University in Canada. 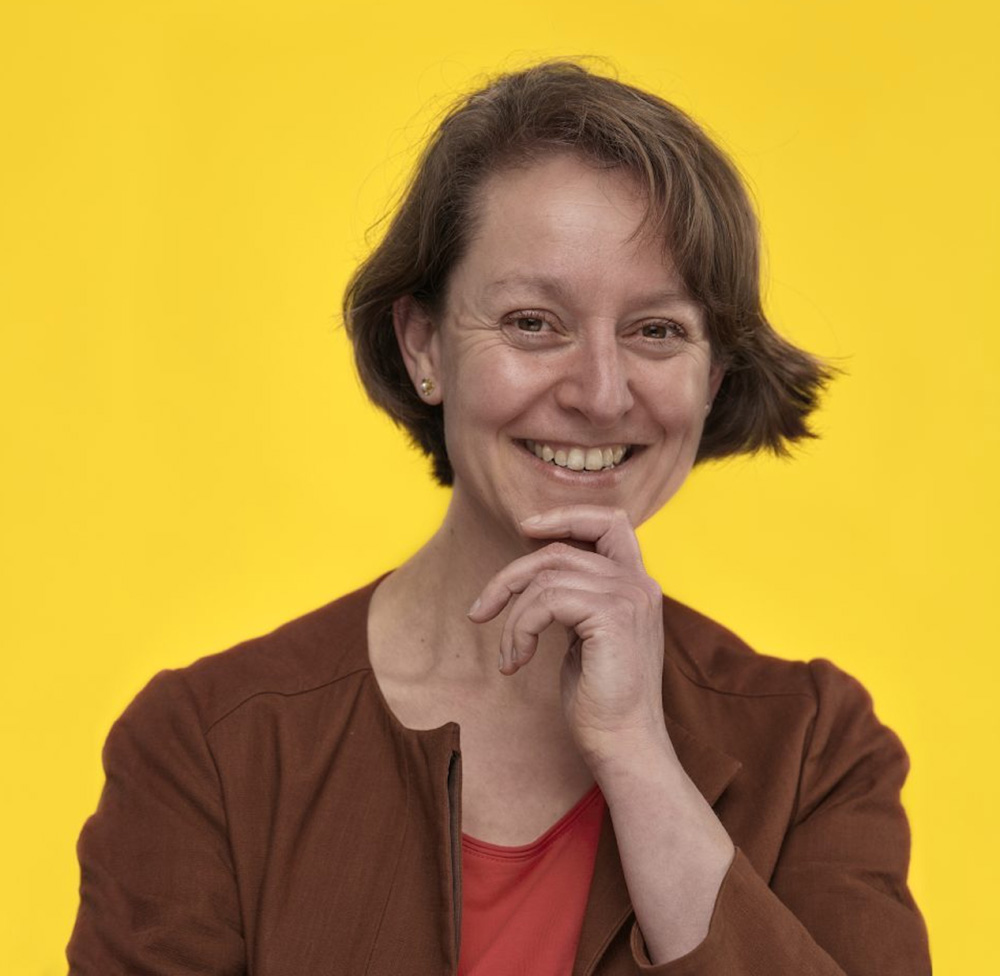 Hello Pictures is a next-generation production company that develops and produces original IP in television and film with an emphasis on young adult, family and music-based series and features. The company will leverage their studio facility to enable them to manage the entire creative supply chain effectively. Long-term – Hello Pictures will look to open up new, additional revenue streams, including games, books, consumer products, live entertainment, endorsements, sponsorships and licensing, tapping into other fully operational divisions at The Hello Group.

The two new ventures are led by an award-winning team of producers, directors, writers, cinematographers and animators, including: 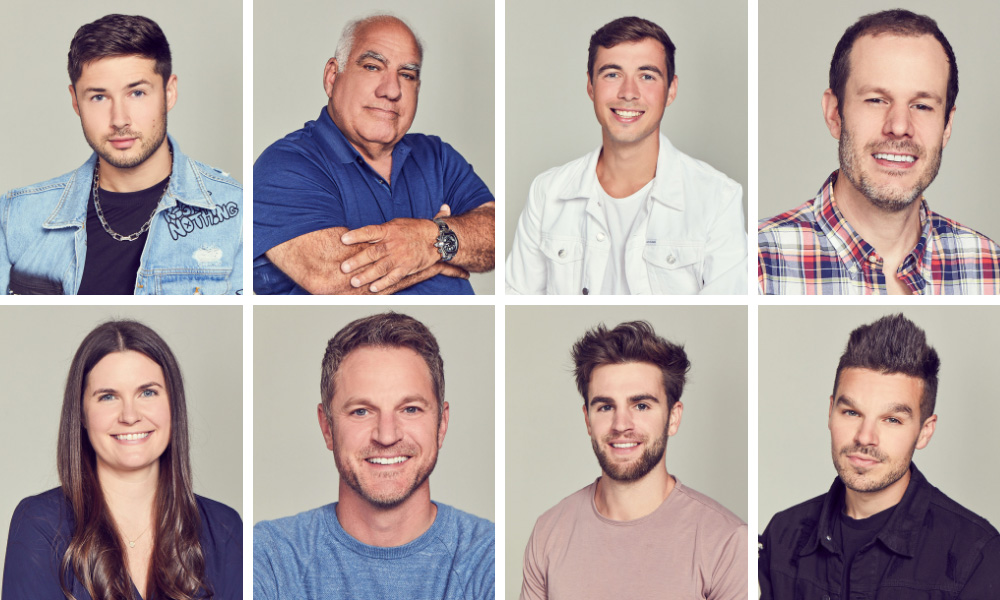 Director and story artist Liza Singer announced via Twitter that they have signed on as a new Director for a TBA animation project at Marvel Studios (marvel.com). “I’m so excited to share that I’m starting a new journey today as a Director over at Marvel Studios!” Singer wrote. “It’s going to be an awesome and special team and I’m feeling just incredibly excited.” Studio EVP Victoria Alonso revealed this year that Marvel is forming its own animation department to develop projects set within the MCU, following Disney+ original series What If…?

Singer’s most recent credits include working as a storyboard artist and writer on the upcoming Gaumont/Netflix Animation feature adaptation of Paul McCartney’s High in the Clouds and directing an episode of Paramount+ original adult animated series The Harper House. They have also worked as supervising director on a series in development at Rooster Teeth, as a sequential director on a new series at Titmouse, and as a story artist for the adult action-comedy Harley Quinn and DC Superhero Girls for Warner Bros. Animation, Netflix’s Disenchantment for Rough Draft Studios, a preschool series for Oddbot and a new NDA Xbox title for Microsoft.

I'm so excited to share that I'm starting a new journey today as a Director over at Marvel Studios!

It's going to be an awesome and special team and I'm feeling just incredibly excited 🙂 pic.twitter.com/1Q41HUL1YC

Based in Los Angeles, the bold and imaginative film and animation outfit is led by directors Isaiah Saxon, Daren Rabinovitch and Sean Hellfritsch, whose passion for the natural world, adventure, friendship and kindness play out through colorful, quirky madcap creations, driven by intrigue and wonder. Encyclopedia Pictura has built a unique body of work across a variety of mediums. From surreal mixed media music promos to detailed 3D universes for short films and commercials, they masterfully blend a range of techniques to make work which stands out from the crowd. Their vast portfolio includes the emotive and captivating short Earth Crisis, the bold and fun “Fly Robot Fly” for IKEA and the critically acclaimed, mind-boggling promo for Björk, “Wanderlust.” They are also behind the artful and surreal promo exploring the rise and fall of relationships for Dirty Projectors, “Up in Hudson,” and the mesmerizing “Panda Bear” for Boys Latin, which takes viewers on an epic journey of discovery in celebration of the wonders of nature. 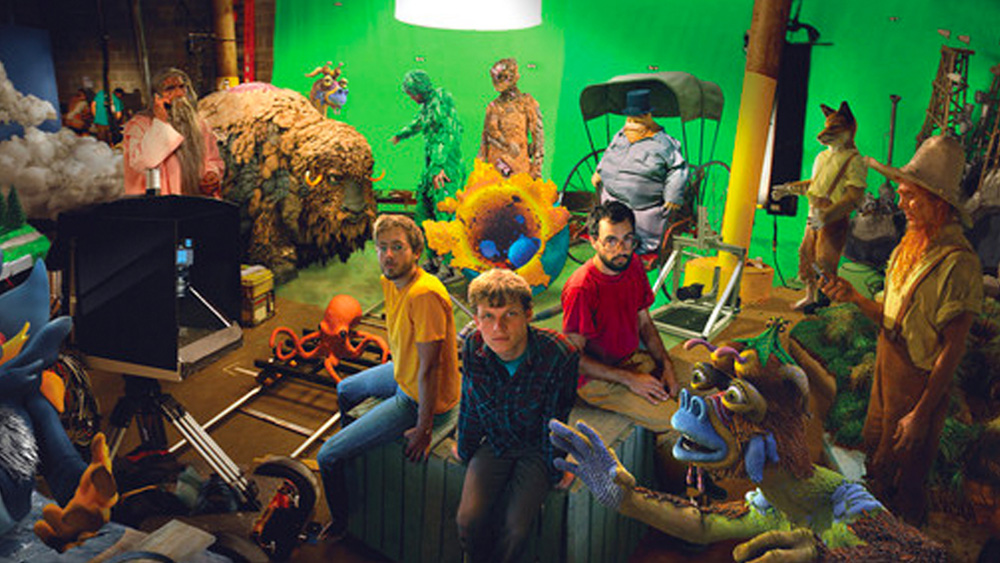 With 20 years of experience in the VFX industry, Lefebvre has worked on some of the most extraordinary movies of this past decade including the visual effects Oscar winner 1917, King Kong vs. Godzilla, Ghost in the Shell (for which he was nominated for an HPA Award for Outstanding Visual Effects) and the upcoming Ghostbusters: Afterlife with Jason Reitman. Lefebvre began his career in matte painting and advanced as an Environment Supervisor, On-Set Supervisor and then VFX Supervisor for Motion Picture Company (MPC). His work brought him around the world on award-winning shows set in Jordan, Hong Kong, Iceland, Ireland and more — an international journey that brought him back to his roots in Montréal. 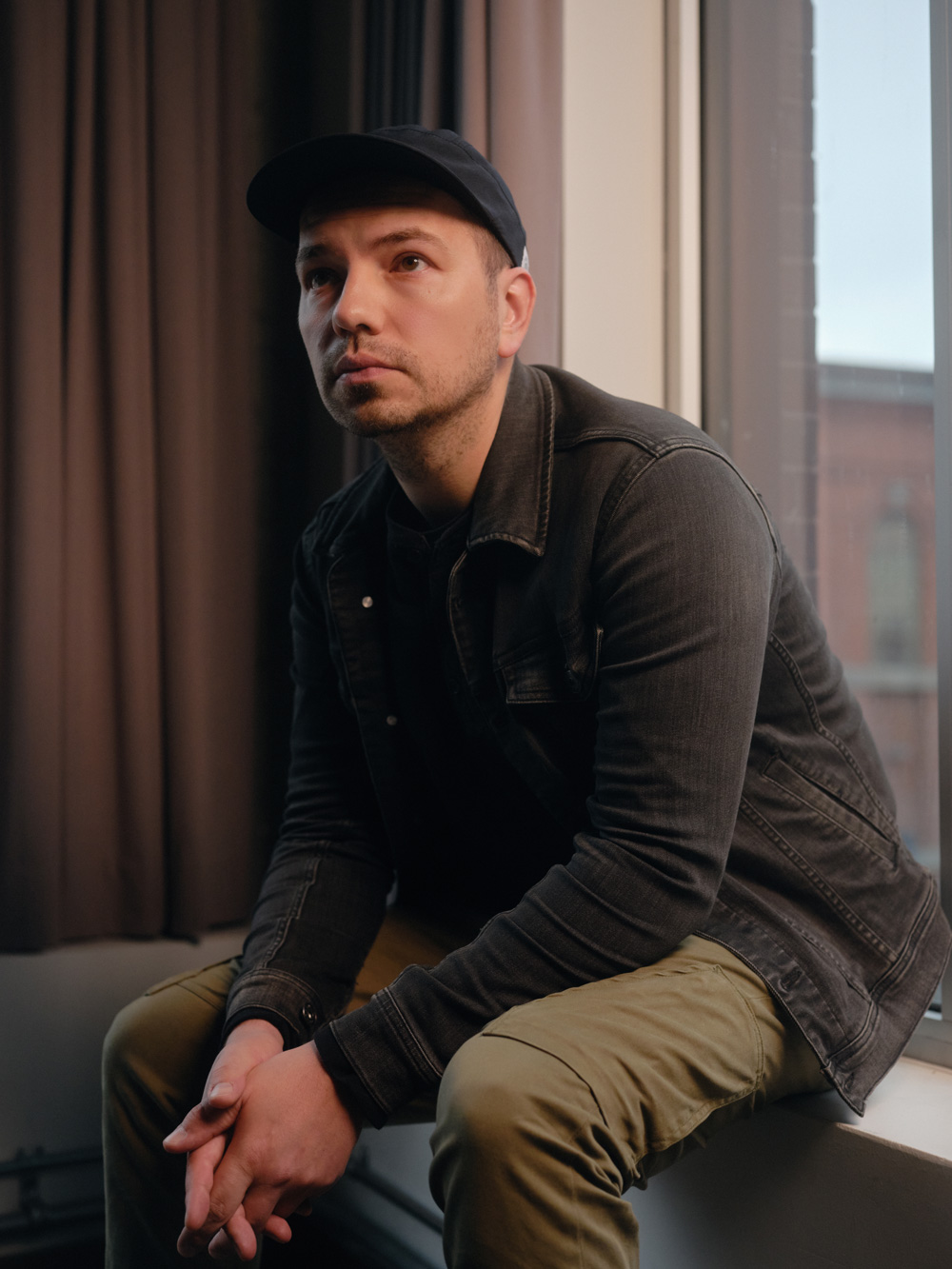 Oslo-based Pixotope (pixotope.com), the world’s leading solution for live augmented reality and virtual production, has made three key additions to its global leadership team. After a strong year of growth in 2021, the company has established itself as one of the market’s key players, securing talent from some of the biggest technology providers in the world. With these hires, Pixotope has increased its global leadership team by 20% in line with its expanding customer base as the company prepares for a big 2022. 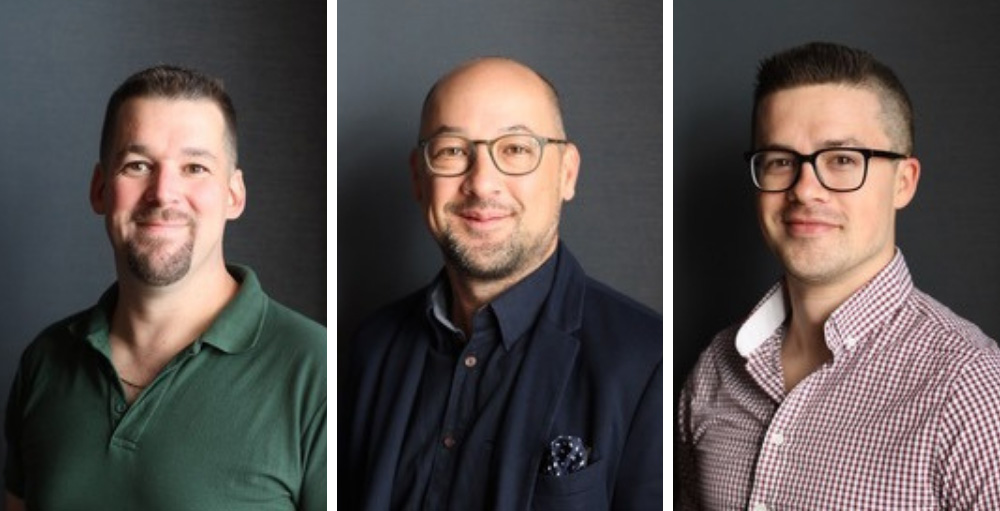