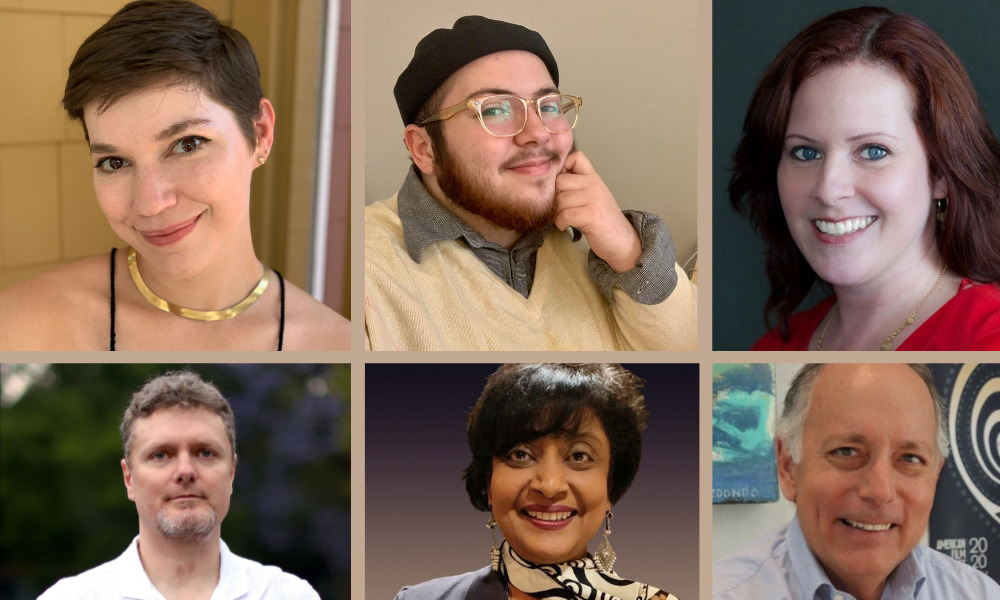 FredFilms (fredfilms.com), the production entity by animation luminary Fred Seibert, announced two key promotions as the outfit continues to grow and build an exciting new slate of programming. Specifics of new projects are expected to be announced this Summer. 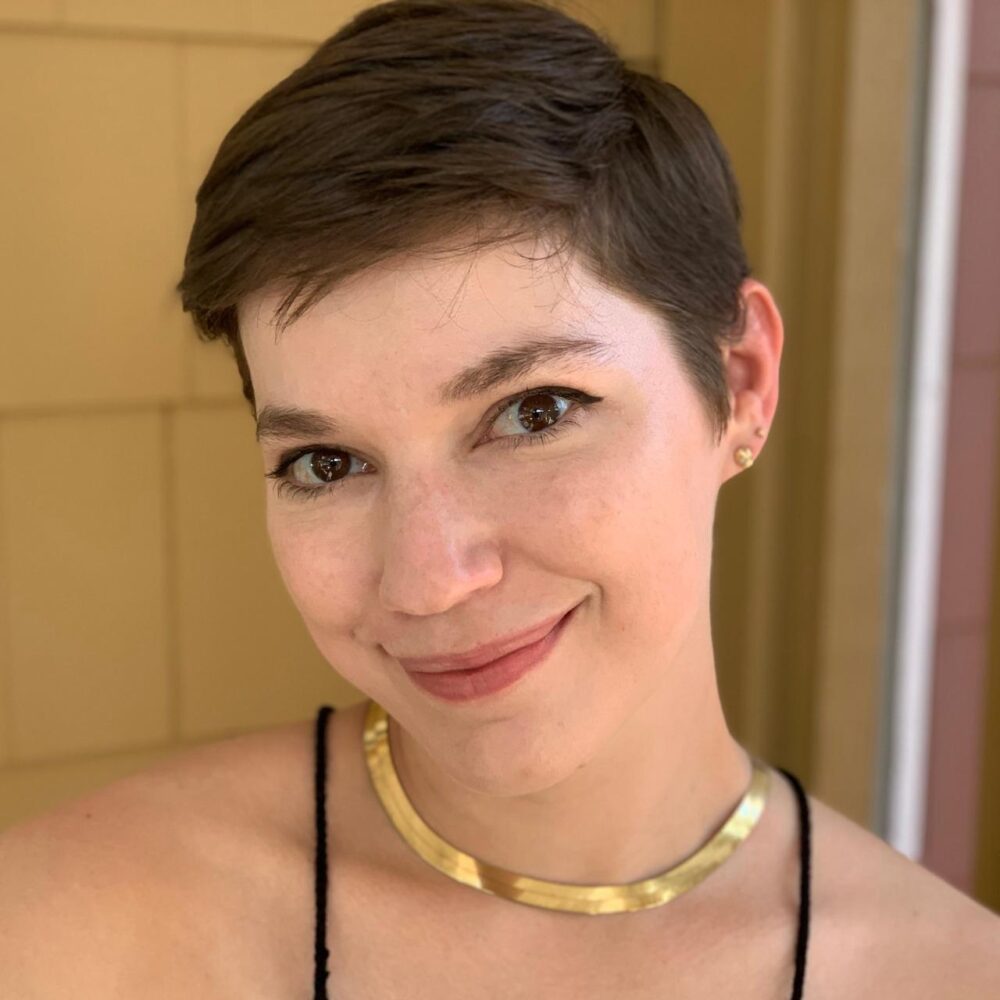 Previously Director of Development, Casey Gonzalez has been elevated to Vice President of Development. Reporting directly to Seibert, Gonzalez will play a key role in helping to identify and foster relationships with animators as the company works to meet the increased demand for premium adult and kid animation programming from traditional linear networks and a wide range of streaming platforms. “I’m so grateful to be a part of the FredFilms team, and I look forward to continuing my career here as Vice President of Development,” said Gonzalez. “I believe that the best cartoons can be as delightful as they are innovative. There is no better place to champion original voices in animation than with Fred Seibert.”

An award-winning writer and producer, Gonzalez began her career in comics, editing bestselling graphic novels for First Second and others. She launched the Science Comics series and shepherded award-winning projects like Battling Boy (NYT best seller, Eisner Award), The Divine (NYT best seller, Hugo nominee) and Coral Reefs (Green Book Award). Eventually, Gonzalez transitioned into the entertainment space, where she took on roles as Head Writer/Producer for Frederator, launching the popular anime vertical Get in the Robot, and Crunchyroll, the world’s largest anime streaming service. 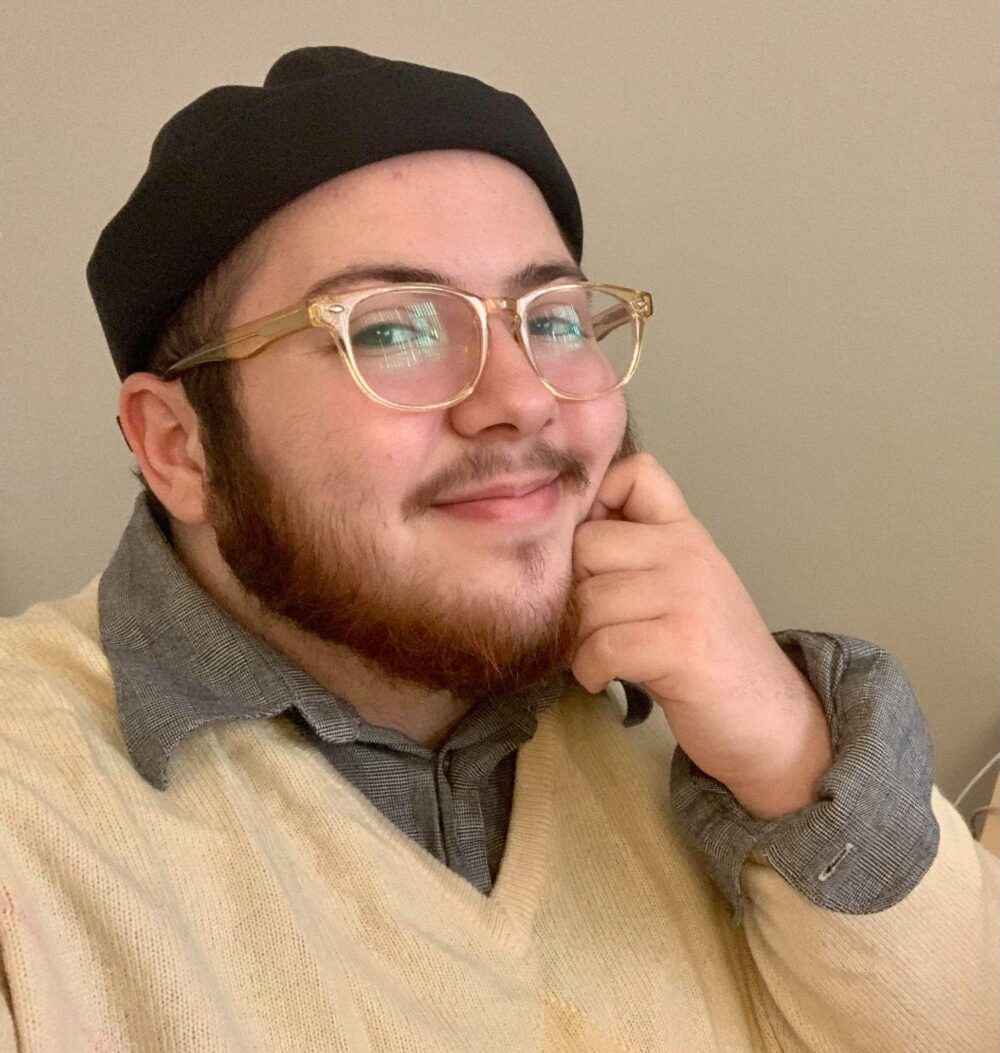 FredFilms also recently promoted Flip Sarta to Development Manager, where he will continue to support Gonzalez in fostering emerging creative voices. In his new role, Sarta will tap into his background as an artist and life-long lover of animation to give visibility to new and developing projects. Sarta received his BFA for Film/Screenwriting from the School of Visual Arts in 2020. During his time at SVA, he honed his skills in animation by interning at Frederator Networks and Baboon Animation Studio.

“I’m so proud to have both Casey and Flip as part of our team at FredFilms. Their impressive ability to help bring to light fresh new talent and stories combined with their true love for animation only makes the quality of our creators’ work stronger. I’m looking forward to continuing to build FredFilms with them,” said Seibert. 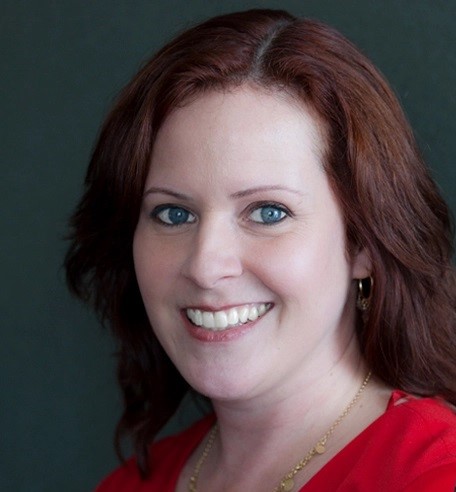 Mainframe Studios (mainframe.ca) has appointed Kristy Scanlan as Senior Vice President, Business Development. The animation and entertainment veteran joins the studio’s growing operations, which already span over 700 people, a global studio pipeline and 17 projects in production. “Having long admired Mainframe’s quality of animation and excellent reputation, I am thrilled to have the opportunity to join such an amazing team,” Scanlan commented.

Previously, Scanlan was Vice President of Business Development, Animation & Games at Technicolor, where she oversaw the business development for episodic animation and video games, growing the global gaming team from 20 to nearly 500 artists. Prior to Technicolor, Scanlan was at Threshold Entertainment, where she oversaw the development and production of longform animated content for brands such as LEGO and Marvel, as well as location-based entertainment.

Scanlan has worked with many of the biggest entertainment companies and brands in the world, including Disney Television, DreamWorks Animation, Activision, Electronic Arts, Ubisoft, Capcom, 2K, Sony Computer Entertainment and Warner Bros. Games. She is a former Co-President of Women in Animation, and a member of the Producers Guild of America, the Visual Effects society and ASIFA-Hollywood. 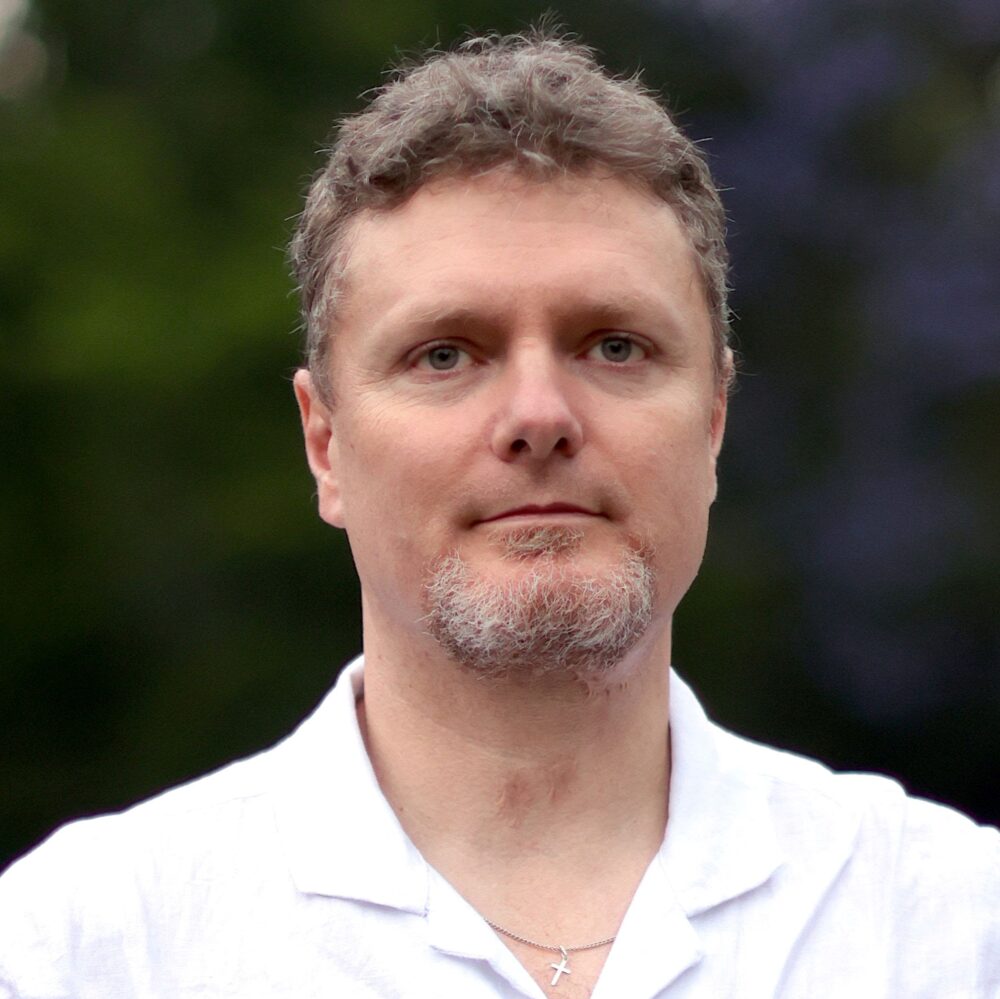 Framestore (framestore.com) has welcomed Kamen Markov to its award-winning London Advertising Team as Creative Director. “My style of work can be defined by a constant drive for closer and early collaboration with agencies and directors,” said Markov. “I’m incredibly excited to continue my journey with Framestore which is a powerhouse in VFX, and I can’t wait to learn from the award-winning talent within the studio whilst also bringing my unique experience to the team.”

Markov has been a major player in the VFX world for a number of years, collecting accolades for work including Cravendale “Cats with Thumbs” which reached over 10 million YouTube views, John Lewis & Partners “The Boy and the Piano,” which won more than 15 VFX awards globally including VES, Cannes Lion, British Arrows and ADC, as well as LEGO’s “Rebuild the World” campaign, which was nominated for outstanding VFX at VES.

Markov started his career as a Motion Graphic Designer for TV before going on to work as Editor and VFX Artist for TopForm Studio, in his home country of Bulgaria. He then relocated to Mexico City, where he began working at The FilterFX and quickly built a good name for himself collaborating with top advertising directors such as Fred Clapp, Jorge Aguilera and Oliver Castro. Markov then moved to London to join MPC, where he worked as a VFX Supervisor and Lead Compositor on countless award-winning projects with renowned directors including Daniel Kleinman, Jonathan Glazer, Ulf Johansson, Frederic Planchon, Robert Stromberg, Johan Renck and the Traktor collective. 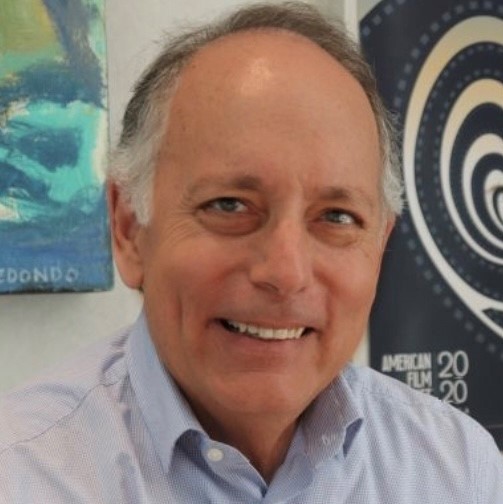 The Independent Film & Television Alliance (IFTA) announced that Jonathan Wolf, Managing Director of its American Film Market (AFM, americanfilmmarket.com) and EVP of the trade association, will step down when his current term ends on June 30, 2022. Wolf, who has led the AFM for 24 years, will continue on as an advisor through the 2022 AFM, which is set to make its in-person return to Santa Monica for the 43rd edition, November 1-6.

Under Wolf’s leadership, AFM transformed from its import-export roots to an event that serves and includes the entire independent film production and distribution community. Today, AFM is recognized as a must attend market and, as a part of IFTA, remains the only market controlled by the independent industry itself.

During his tenure, Wolf enhanced the market’s tools for Buyers and Sellers, continually developing and adapting services to meet the industry’s needs. He launched TheFilmCatalogue.com, a leading industry resource with information on thousands of projects and films available from global producers, distributors and sales companies, and its companion TFC Weekly Update email. He also introduced significant networking and education programs, including multi-stage conferences and panels, and the MyAFM online platform.

Earlier with IFTA, he spearheaded IFTA Collections , the industry’s first centralized service for the collection and distribution of royalties and levies from secondary audio-visual rights for films and TV programming. To date, IFTA has collected over $150 million for its clients and continues to distribute more than $5 million annually. 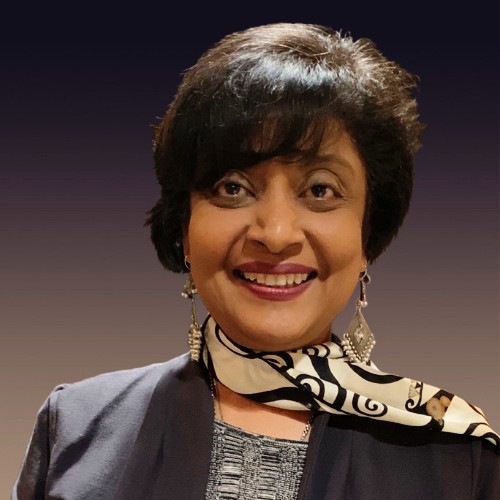 Canela Media (canelamedia.com), a best-in-class, industry-leading, minority-owned digital media technology company, announced the appointment of global product leader Dr. Shampa Banerjee as its first ever Chief Product & Technology Officer (CPTO). Banerjee previously served as an EVP at ViacomCBS and the Chief Product Officer for Pluto TV, where she established the product organization and helped the platform grow MAUs to 50M and become a billion-dollar business a year ahead of schedule. Banerjee will report to Isabel Rafferty, Canela Media Founder & CEO, and be based in Silicon Valley.

A physicist turned technologist, Banerjee will lead Canela Media’s new Innovation Lab created to reinvent production, distribution and revenue models for the entertainment industry. With the tech-savvy Latino community in mind, Banerjee will build a cross functional leadership team across Product Management, UX and Engineering, aligning underlying technology with Canela’s business priorities and growth strategy, and ensuring products exceed expectations when it comes to entertaining and engaging users. The Innovation Lab is supported by the company’s recent oversubscribed $32M Series A funding round.

Banerjee previously served as the Chief Product Officer of Eros Digital, growing the service from inception to 150M global subscribers in 135 countries resulting in a 241% increase in subscription revenue. Prior, Banerjee turned around the social enterprise collaboration platform Socialtext, driving growth by 40% and collaborating with the CEO to a successful sale to the $1.4B tech fund Bedford Funding. She also served as CTO of Ziff Davis Media where she launched the first ever social network for video gamers and won the Application Development Trends distinguished innovator award. She started her business journey with Netscape/AOL, where she owned and managed product lines for AOL’s top 3 revenue and traffic generating channels.

Banerjee holds two Masters degrees in Physics from Case Western Reserve University and the Indian Institute of Technology, Kanpur as well as a Ph.D. in Theoretical Physics from Kent State University.