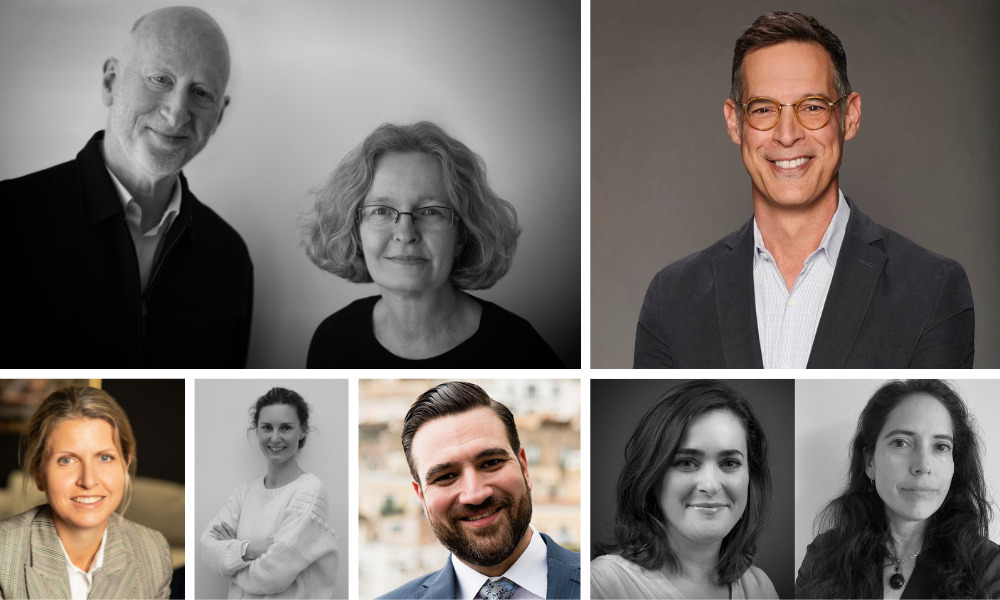 “Framestore has grown and evolved in startling ways since we started the company with five people and a big idea,” said Sargent. “From ad spots and pop promos for David Bowie and Madonna we’ve moved into blockbuster franchises, tentpole episodic productions and landmark theme park installations. In less than five years the company has doubled in size and expanded into three new territories, so it definitely feels like Mel is taking the reins at another pivotal stage of the company’s evolutionary growth. I have absolutely no doubt that under her stewardship we will see the company continue its ambitious trajectory.”

Sullivan has been with Framestore since 1998, most recently serving as the company’s Chief Operating Officer. The new role will see her increase her focus on the company’s strategic direction, with new group CFO Claire Price taking on the day-to-day financial responsibilities for both Framestore and Company 3 as of July 1. Sullivan will be supported in her new role by Fiona Walkinshaw, who takes on the role of CEO, Film & Episodic, and Charles Howell, who will serve as President, Global Advertising and Content. 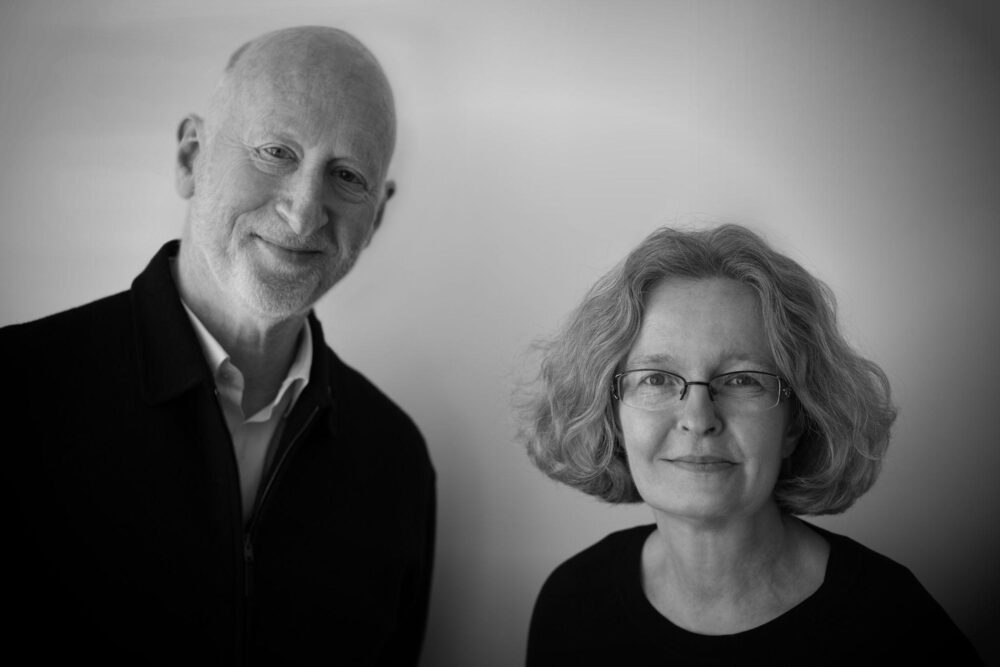 “From day one I always felt like Framestore had a rare, lightning-in-a-bottle quality as a company,” said Sullivan. “I think it stems from a unique mixture of creativity, collaboration and boldness of vision — it sets our work apart and it sets our people apart, and it’s something we’ve been keen to hold onto throughout the integration of studios in Montreal, Vancouver and Melbourne, the growth of our Mumbai studio and the strides we’re making in fields like real-time, machine learning and virtual production. I’ve been constantly amazed by the people here and what they do, and it’s my absolute pleasure to be playing an even bigger part in Framestore’s story as we move forward. I’m grateful to William for his ongoing support, and to an incredible management team whose diligence and expertise have helped so much on this ongoing journey.”

The new CEO began her career in finance and corporate brokerage, which helped hone her business acumen and gain a deep understanding of investor relations and the corporate landscape — two skills that would prove invaluable for a career within a very different industry. Since joining Framestore, Sullivan has played a pivotal role in growing the company from its London roots and a staff of 150 to a global company with eight offices across four continents and a headcount of some 3,000 artists, producers and technologists. She has a deep understanding of Framestore’s business, its people and its unique creative culture, and balances her day-to-day operational knowledge with a keen strategic focus. 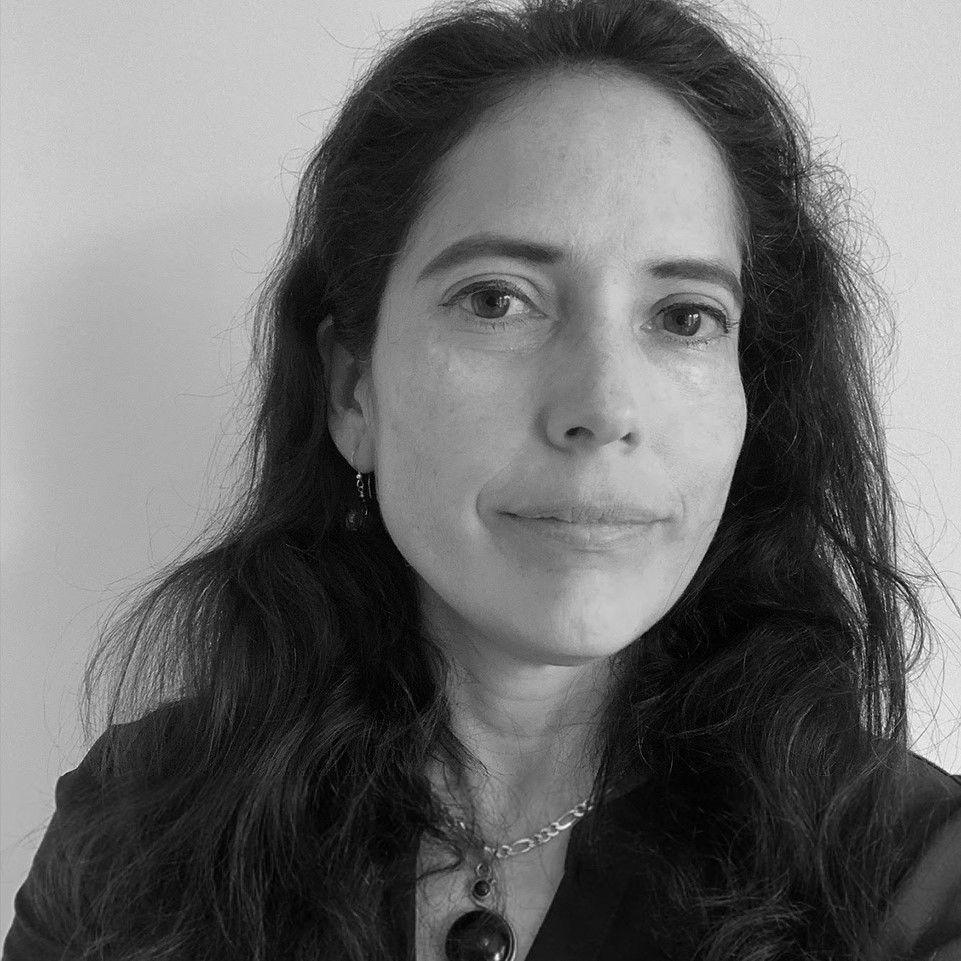 Framestore Canada previously announced key changes to its Montreal office as the company continues to grow.

Melinka Thompson-Godoy joins as the new Head of Studio, Montreal. Her career spans some 20 years — the last decade of which has been with DNEG, where she held roles such as Head of Production for Montreal and senior producer at the outfit’s London office. Her successful VFX production career takes in blockbuster films like Avengers: Infinity War and three installments of the Hunger Games franchise, as well as 16 episodes of the game-changing TV series Lost. 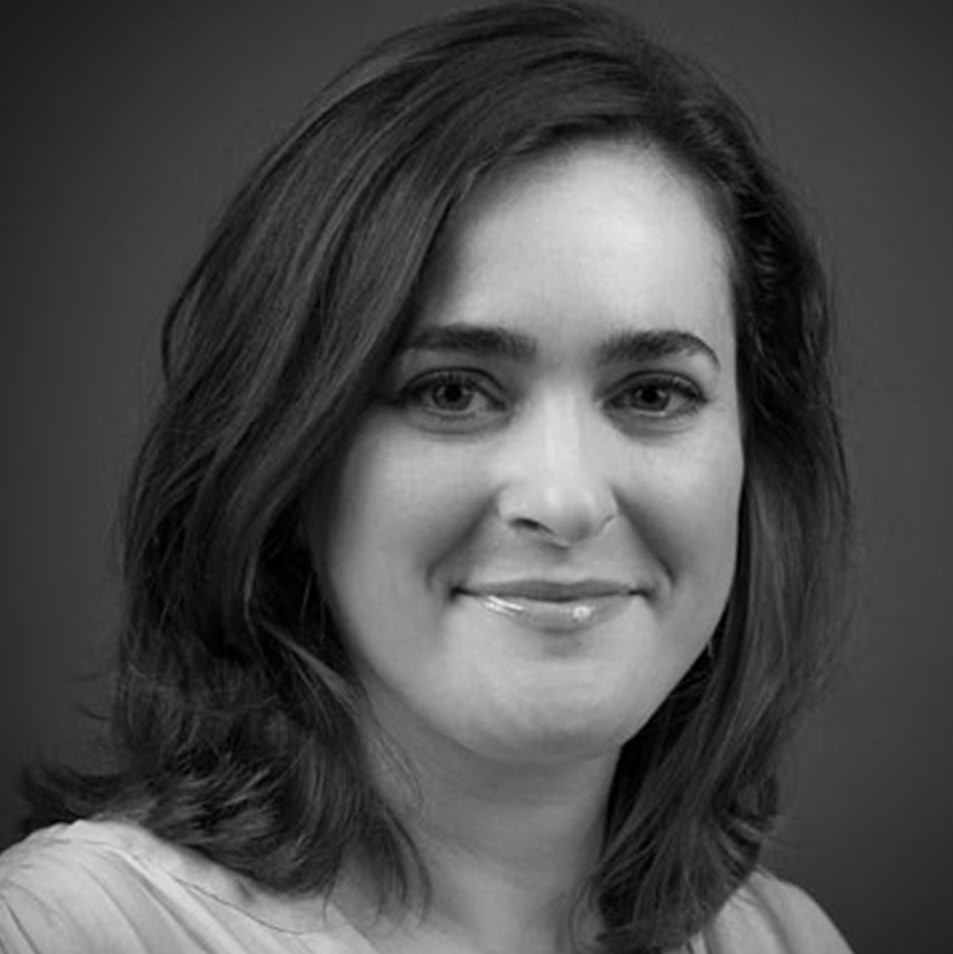 Chloe Grysole, meanwhile, expands her role to MD Canada, Film & Episodic. She has been with Framestore for over four years, serving as Managing Director, Montreal and overseeing the studio’s exponential growth as it delivers impeccably-crafted visuals for the world’s biggest directors, films and episodic projects. Prior to her time with Framestore, Grysole’s experience encompassed a variety of high-profile roles, including General Manager of Cinesite’s Montreal facility and over 15 years producing VFX on a wide range of projects ranging from the Harry Potter franchise to Edge of Tomorrow and Skyfall. 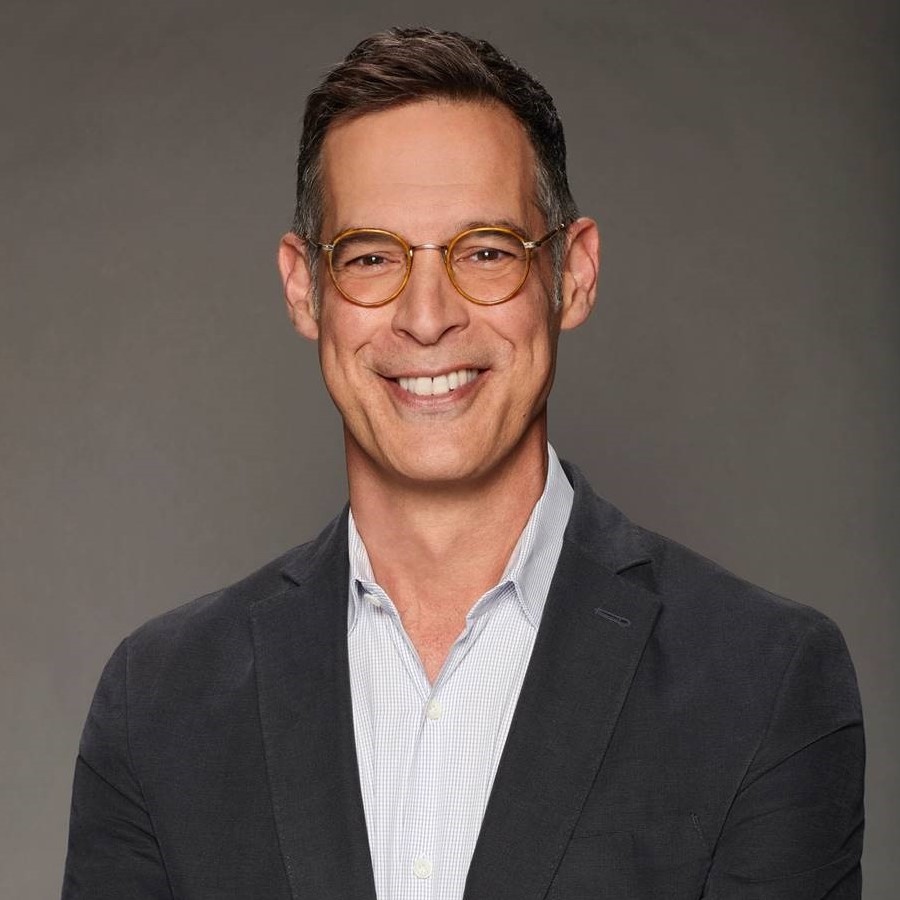 Amid leadership shuffles at Warner Bros. Discovery, it was announced that Tom Ascheim is leaving his post of President of Kids, Young Adults & Classics. He joined Warner Bros. in April 2020 after spending several years as President of Freeform, leading its rebranding from ABC Family. Prior, Ascheim was Chief Strategy Offices of Sesame Workshop and EVP of Sesame Learning. He has also served as EVP and General Manager for Nickelodeon Television.

“I was fortunate to have two unbelievably exciting years rejuvenating some of the world’s most iconic franchises and IP and helping create a vision for kids, young adults and classics within Warner Bros.,” said Ascheim. “While it’s now time for me to move on, I hope the new Warner Bros. Discovery leadership team will continue to nurture future generations of fans and the incredible teams who are so committed to these brands.” 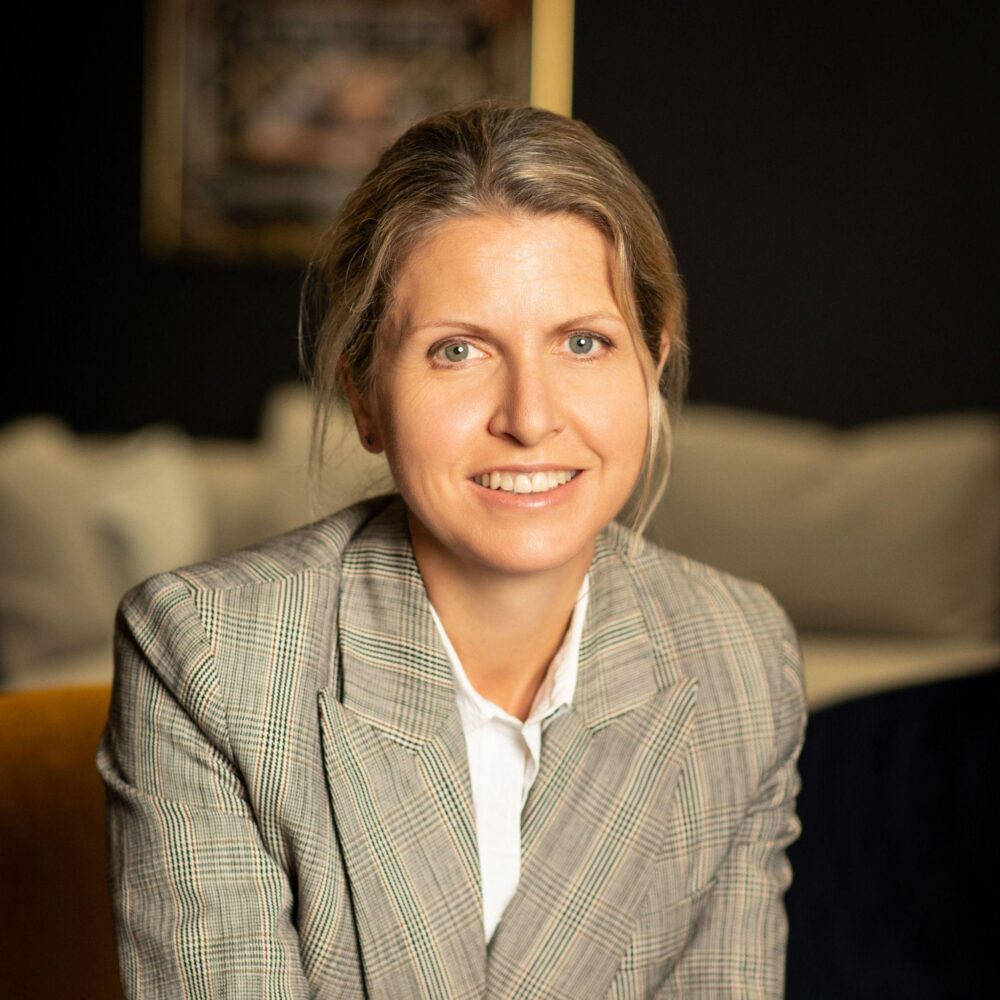 Earlier this week, Polly Cochrane announced her intention to step down as EVP & Country Manager, U.K. & Ireland, WarnerMedia after 13 years in senior management at the company, and more than three decades taking the reins of leadership roles in the entertainment industry. Following the close of the merger between Discovery and WarnerMedia, Warner Bros. Discovery continues its integration of the two businesses. Priya Dogra will announce her new management team in due course, and Cochrane will stay on in the interim as well as a subsequent transition period.

Cochrane joined WarnerMedia in 2009 as SVP of Group Marketing. In 2014, she took on responsibility for the global development and management of the Wizarding World franchise, overseeing a period of significant expansion and growth. In 2020, she was appointed Country Manager for the U.K. and Ireland, leading the development and execution of WarnerMedia’s commercial and marketing activities across the region. In this role, she integrated the Warner Bros. and Turner businesses in the region, delivered significant synergies and built and executed a cohesive strategy across the company’s many lines of business. Cochrane leaves the company to pursue a portfolio career, which will include coaching and mentoring leaders and emerging talent. 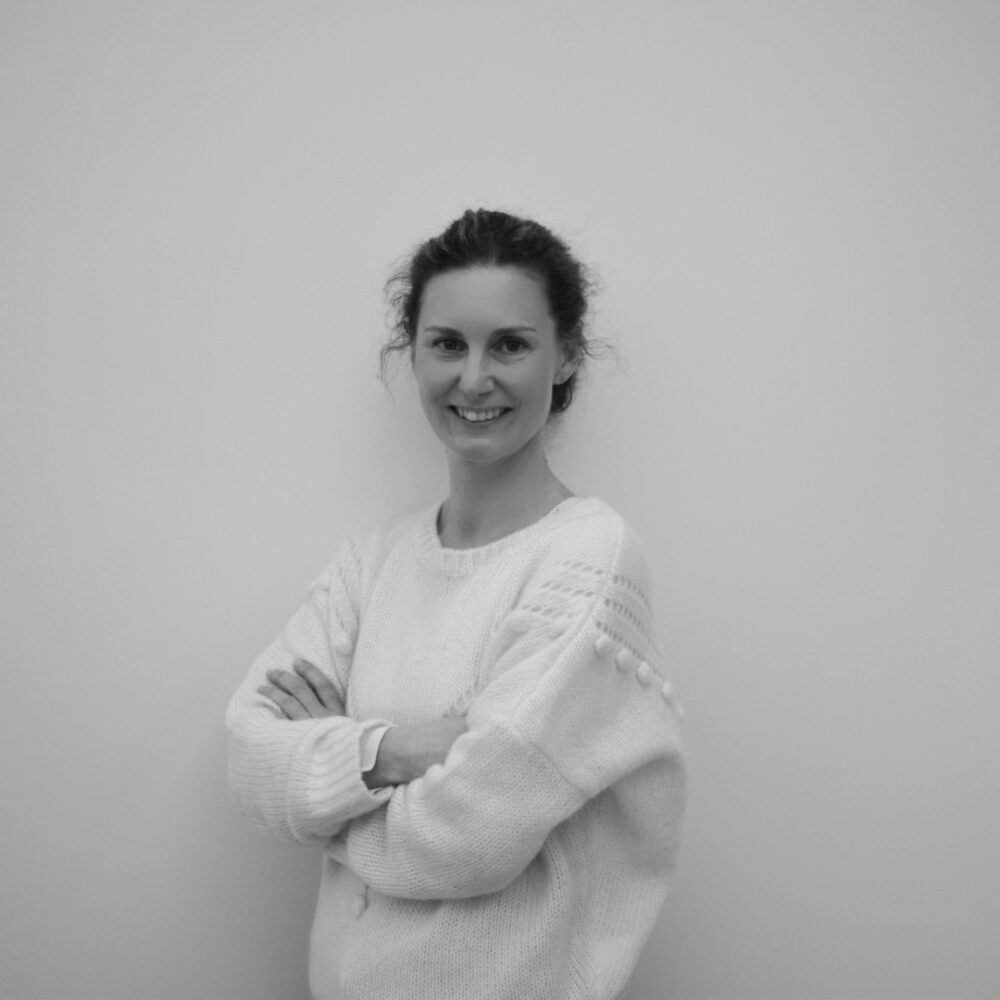 Magic Light Pictures (magiclightpictures.com) announced the appointment of Marie-Laure Roche as Head of International Sales. This new position, with a focus on Asia, Central & Eastern Europe, Scandinavia, Middle East & Africa and Latin America, has been created to reflect and build upon the company’s expanding global footprint. In this key new role, reporting to International Distribution Director Muriel Thomas, Roche will support business development, seeking new opportunities across broadcasters, streamers, distributors and on-demand platforms. She will also maintain and build existing relationships, collaborating closely with Marketing and International Licensing to be across all aspects of the business to ensure successful launches of Magic Light’s brands in each market.

Roche has a 360-degree understanding of content distribution and content strategy gained over 15 years’ experience in the field. Specializing in Kids & Family Entertainment and Factual, she has worked on the distribution of iconic TV programs including Talking Tom, Dennis and Gnasher Unleashed, Thomas and Friends, Barbie, Angry Birds and the BBC Open University catalog, building a strong network and relationships with media partners in Europe, and APAC. She joins Magic Light from Superights SAS, where she was Sales Director, and has also worked at Jetpack Distribution as Head of Global Sales, Mattel Inc as Senior Manager Content Distribution Europe and Cake Entertainment as Senior Sales Manager. 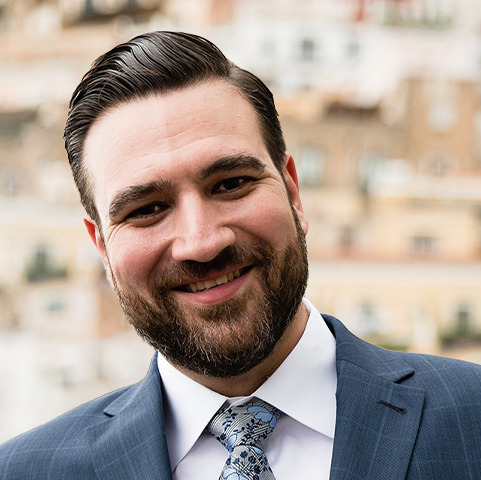 Leading children’s entertainment co. Guru Studio (gurustudio.com) announced the appointment of Mark Pinder as VP of Technology. The new hire comes as the company continues to expand its production technology infrastructure to support the studio’s rapid growth. The powerhouse animation studio is currently in production on several new projects, including Mecha Builders, the Sesame Street animated spin-off which debuted this week on Cartoonito on Cartoon Network and on HBO Max, as well as new seasons of the smash hit PAW Patrol.

In his role as VP of Technology, Pinder will lead all production pipeline strategies at Guru including production technology, IT/business systems and post production. He’ll advise on all technology requirements to grow and strengthen the studio’s infrastructure with a focus on innovation, data management performance and overall quality and productivity.

Pinder is a highly accomplished technology leader with expertise leading IT, Pipeline and Software Development teams at some of Canada’s leading animation and VFX studios such as Pixar Canada, Sony Pictures Imageworks, Image Engine and Cinesite. Most recently Mark was Head of Technology at IoM Media where he initiated and oversaw large-scale pipeline enhancements, and led the company through major technology upgrades as they transitioned from in-person to remote work. 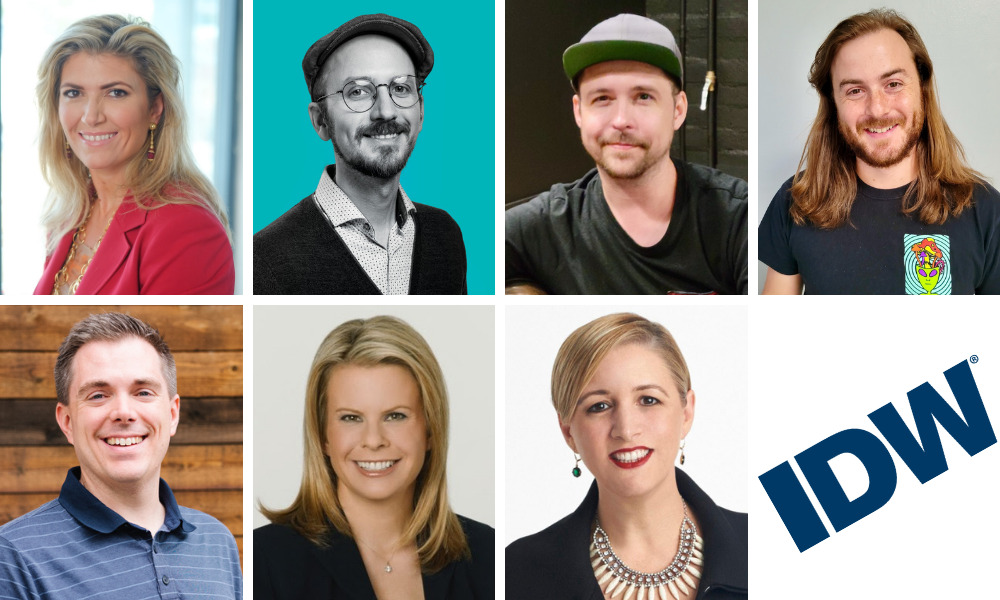 Animate BootCamp Launches in Syracuse, Headed by Dean Lyon
Watch: The Cat’s Out of the Bag in ‘Luck’ Teaser Trailer