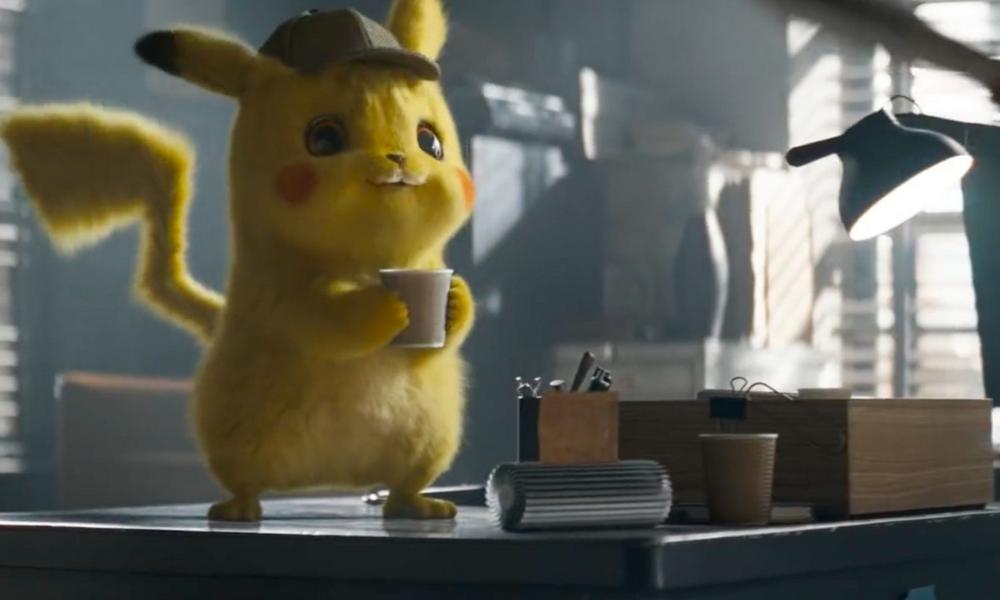 The Academy of Motion Picture Arts and Sciences announced its newly elected 2020–2021 Board of Governors. The governors will take office at the first regularly scheduled board meeting of the new term. Rob Bredow was elected to the Visual Effects Branch for the first time, while Jon Bloom returns to the Short Films and Feature Animation Branch after a short hiatus. 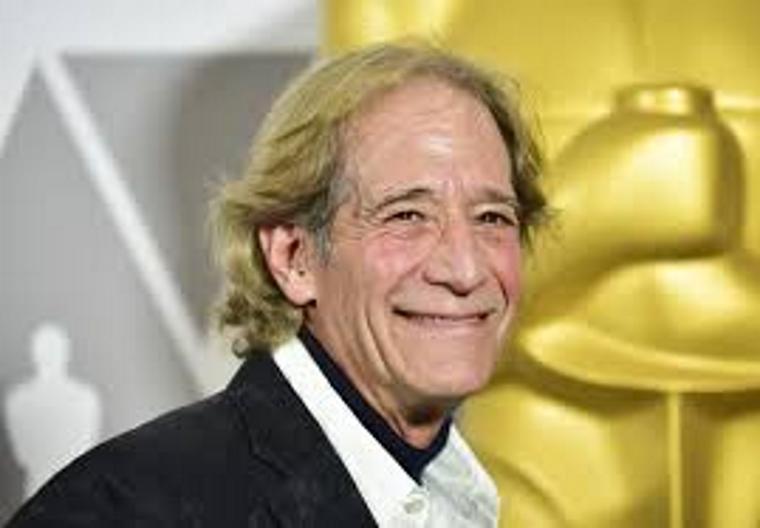 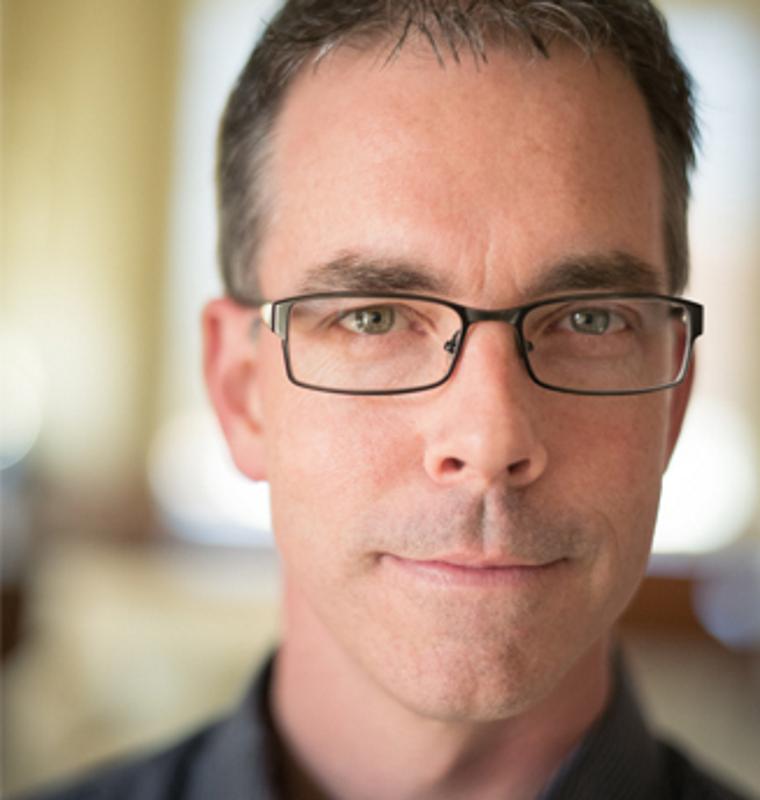 As a result of this election, the number of female Academy governors increases from 25 to 26, and people of color increases from 11 to 12, including the three Governors-at-Large. The Academy’s 17 branches are each represented by three governors, who may serve up to three consecutive three-year terms. The Board of Governors sets the Academy’s strategic vision, preserves the organization’s financial health, and assures the fulfillment of its mission.

See the current Board of Governors here. 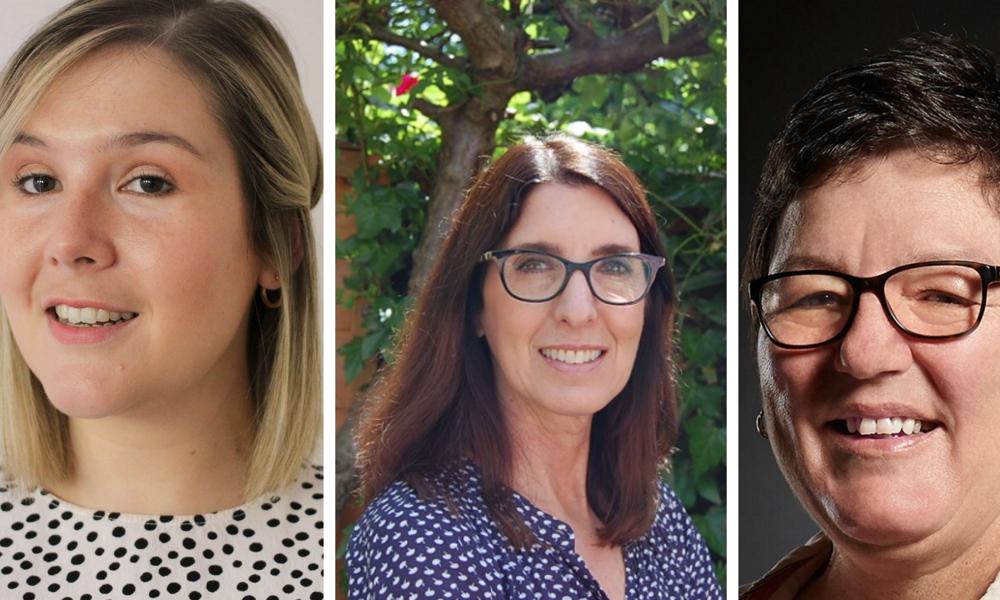 “Melissa, Siobhan and Tamara are proven talented executives with deep knowledge of the visual effects and feature animation industries. In joining our global leadership team they’ll bring a broader range of ideas and approaches to further strengthen Cinesite’s position in the market,” said Hunt. “Working towards equal representation in an industry which is statistically male-dominated is very important to us all and we’re working hard to improve the balance. Cinesite is driven by talented people, whatever their gender, race or orientation. We have a collective philosophy on diversity and inclusion which is embodied in our wider approach of encouraging everyone on the team.”

Melissa Taylor, General Manager, will oversee Cinesite London’s VFX studio while working closely with Montreal colleagues and group VFX brands Image Engine and TRIXTER. Taylor brings over 30 years’ industry knowledge and relationship-building experience. She joins Cinesite from Framestore, where she served as Global Head of Business Development and was involved with projects such as Spider-Man: Far From Home, Wonder Woman 1984, Lady & The Tramp, Tom and Jerry and Fast & Furious: Hobbs & Shaw. Prior to Framestore, Taylor was EP at DNEG; her extensive experience will further strengthen the studio’s VFX offering.

As Head of Production for VFX, Siobhan Bentley joins Taylor at Cinesite’s London headquarters. She’s tasked with leading, developing and motivating the production teams to drive efficiency and continuous improvement throughout a show’s lifecycle. Bentley joins Cinesite from MPC, where she oversaw the production teams on many acclaimed films such as The Lion King, Roma, The Jungle Book, The Martian and Guardians of the Galaxy. Bentley will work closely with crewing and producers to ensure projects are progressing through departments effectively and deadlines are being met.

Based at Cinesite’s Montreal studio, Tamara Boutcher has been promoted to Global Head of Production for feature animation. In this expanded position, she will be responsible for the production and day to day operations of Cinesite’s growing feature animation service slate, developed and produced out of the Montreal & Vancouver studios. With 20+ years of experience, Boutcher’s first dive into animation began at The Walt Disney Company. As the studio transitioned from 2D features to 3D features, she worked as the Director of Production, helping to guide the teams and develop the necessary practices and technologies for pioneering Disney’s unique blend of traditional and CGI practices. Her work is featured in The Addams Family 1 & 2, The Star, Dinosaur, The Angry Birds Movie and We Are Not Princesses.

Cinesite’s London crew is currently working hard on Fate: The Winx Saga for Netflix and The Wheel of Time for Amazon. Both Canadian studios are currently hiring for a number of high-quality features including Respect and the untitled Addams Family sequel for MGM and Blazing Samurai for Aniventure & GFM Films (an animated comedy based on Mel Brooks’ classic film Blazing Saddles). The crews are currently putting the finishing touches to Riverdance, an animated musical comedy inspired by the stage show featuring Bill Whelan’s multi-platinum Grammy Award-winning music, and MILA, CG animated short about a little girl whose life takes an unexpected turn during WWII directed by Cinzia Angelini. 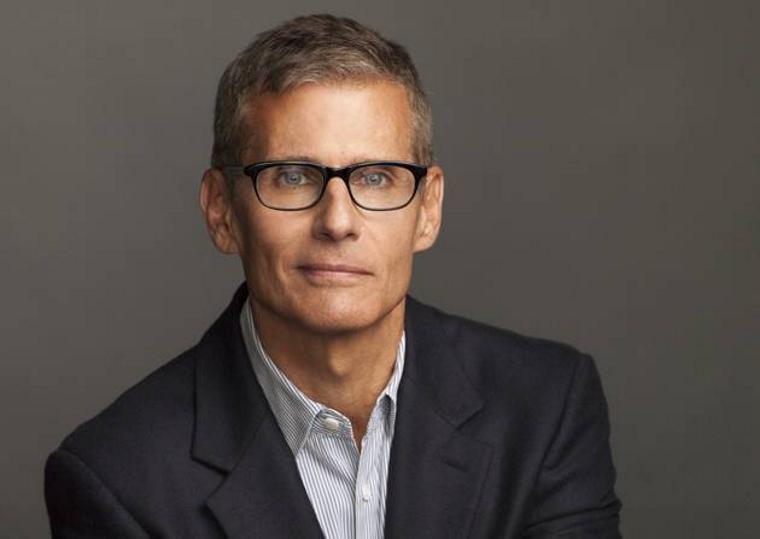 Entertainment One (eOne) has brought on HBO veteran and producer Michael Lombardo as President of Global Television. Lombardo will oversee TV strategy for the company (acquired by Hasbro last year) and the studio’s global development and production efforts across scripted and unscripted programming. The exec spent over three decades at HBO — he served as President of Programming for 12 years, overseeing HBO and Cinemax’s programming initiatives, including HBO Films, HBO Sports, HBO Documentaries & Family and HBO Entertainment. He most recently was a principal and producer at Film 44, and was EP on USA’s Dare Me and HBO’s Our Boys.

“We couldn’t be more thrilled to welcome Michael to the eOne team,” said Steve Bertram, eOne President of Film & Television. “His incredibly impressive history of success during his long tenure at HBO resulted in some of the most ground-breaking, iconic television series over the past two decades. A true champion of creative excellence, Michael is the ideal leader to guide our television strategy at a time where audiences are demanding content of the highest quality.”

“Throughout my career, I have been driven by a passion for great stories. I’m excited to join eOne where we have some of the most beloved brands in the world to inspire our work, in addition to an outstanding talent-rich pipeline built by a team that I very much look forward to leading,” said Lombardo. 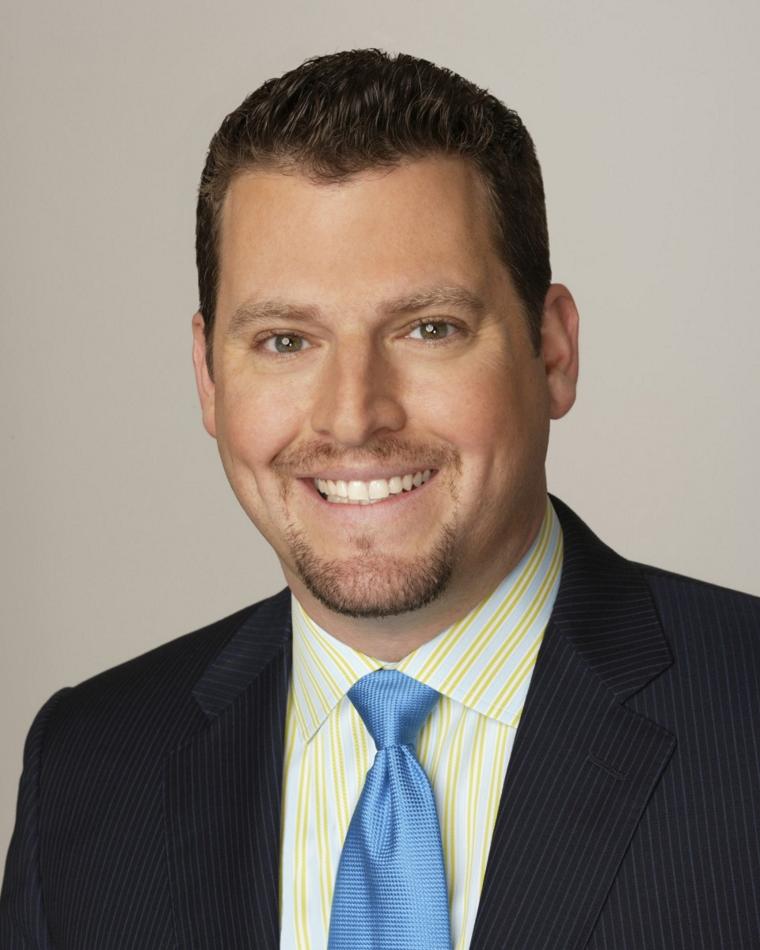 David Levine is leaving his post as Vice President of Kids’ Programming for Disney Channels Europe & Africa/U.K. & Ireland, at the end of June. The role makes Levine responsible for all strategic and operational aspects of kids’ programming across channels in these territories, including the development of linear and multiplatform/OTT programming strategy. Levine is also responsible for determining the direction of original production and overseeing the development and production slates of originals, acquisitions and co-pros.

Levine joined Disney/ABC Cable Networks in 2004 as VP Worldwide Programming Strategy, added Acquisitions and Co-Productions to his title in 2009 and then was named VP & General Manager of Disney XD Worldwide in 2011. In 2013, he relocated to London to take on the mantle of VP, Programming, Production & Strategic Development. Levine was made GM of Disney Channels U.K. & Ireland in October 2014, and took on his current role in May 2019. 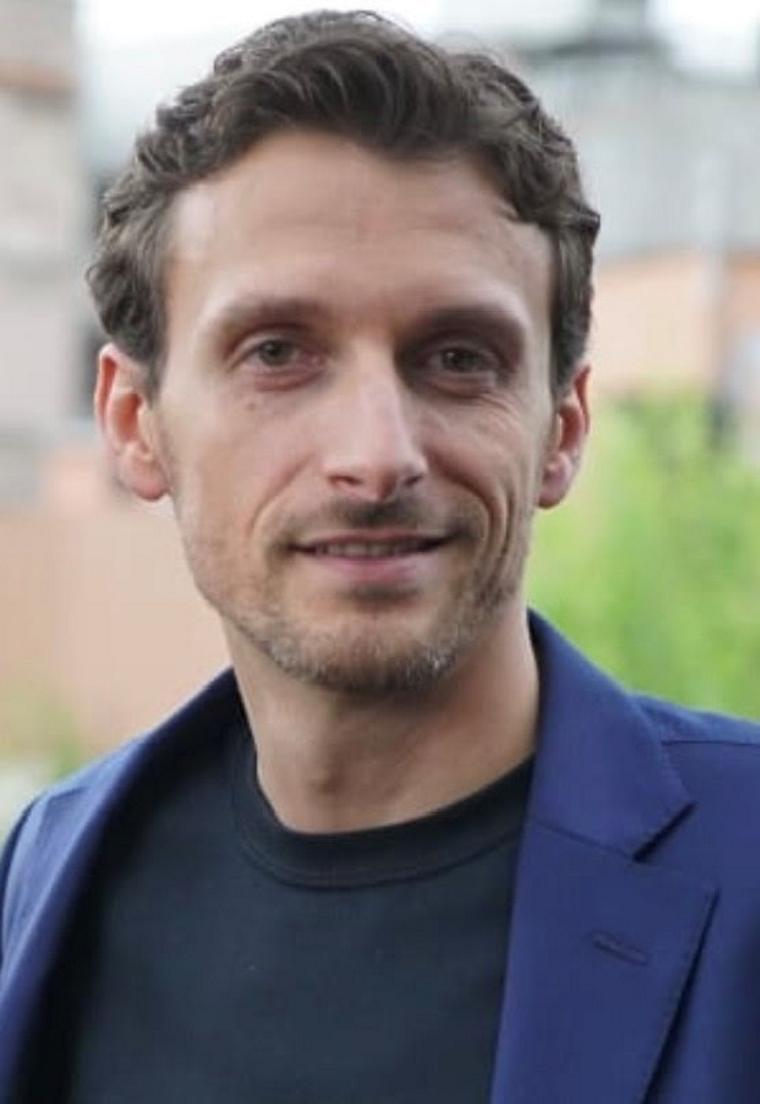 ViacomCBS Networks Americas named Marco Nobili to the newly created role of Senior Vice President of Strategy and Emerging Business. Nobili will be responsible for driving the emerging strategy for the Americas across its products, platforms, and commercial lines of business. In addition, Nobili will lead the OTT strategy and execution of ViacomCBS Network America’s key streaming properties in the free and paid space — Pluto TV, Noggin and Paramount+, aligned and fully in sync with the global ViacomCBS Networks International strategy. He will also oversee the Business Intelligence areas, including research and analytical functions for all entertainment programming, streaming and data operations. Nobili will report to JC Acosta, President, ViacomCBS Networks Americas and will be based in Mexico City, Mexico.

Nobili joins ViacomCBS from Netflix, where he was Director of Product Innovation & Originals Launch Strategy in Spain and Latin America. In this capacity, he identified long-term opportunities and oversaw the launch strategy for new content. Prior to joining Netflix, Nobili held several critical positions at Amazon, including Regional Manager for Amazon Prime Video, where he launched and oversaw the market strategy for Prime Video in Mexico and Spanish-speaking Latin America. He also held the position of Marketing and Product Management Lead for Marketplace. Nobili also held several leadership positions and oversaw new product launches at Microsoft, particularly with Xbox in the entertainment space.

Nobili holds a Master of Business Administration from SDA Bocconi in Milan, Italy, and a Bachelor of Science in Industrial Engineering from Università Degli Studi Di Bologna in Bologna, Italy.