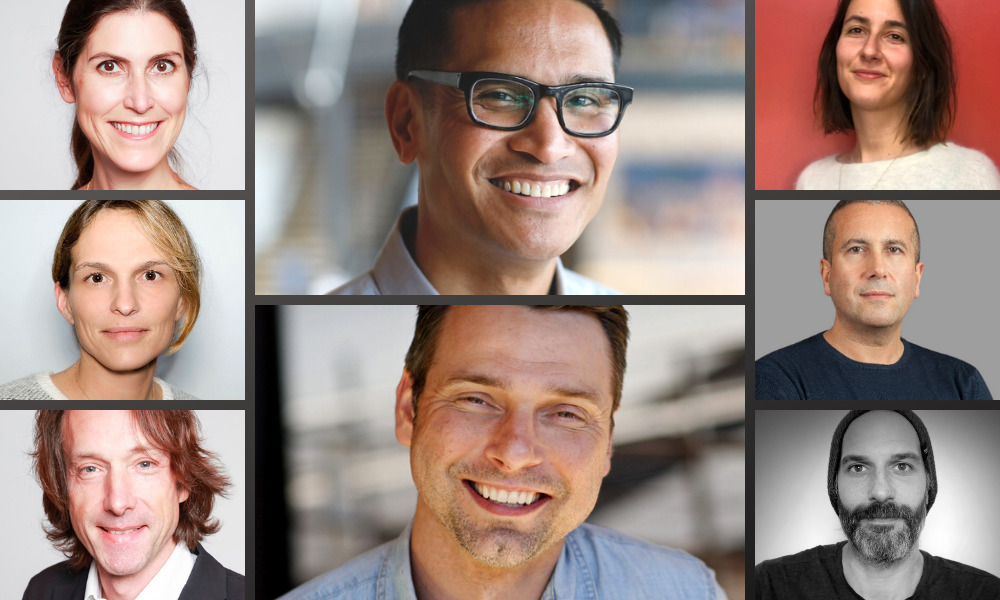 Spire Animation Studios (spirestudios.com) announced two key new hires to their powerhouse team: Pixar alumni Ricky Nierva and Michal Makarewicz. “We couldn’t be more excited to be working with Ricky and Michal. Both bring a wealth of creative experience from working at Pixar on many of the studio’s most beloved movies. Their addition to our growing team continues us down the path of building a next-generation studio with best-in-class professionals,” said studio founders Brad Lewis and P.J. Gunsagar. 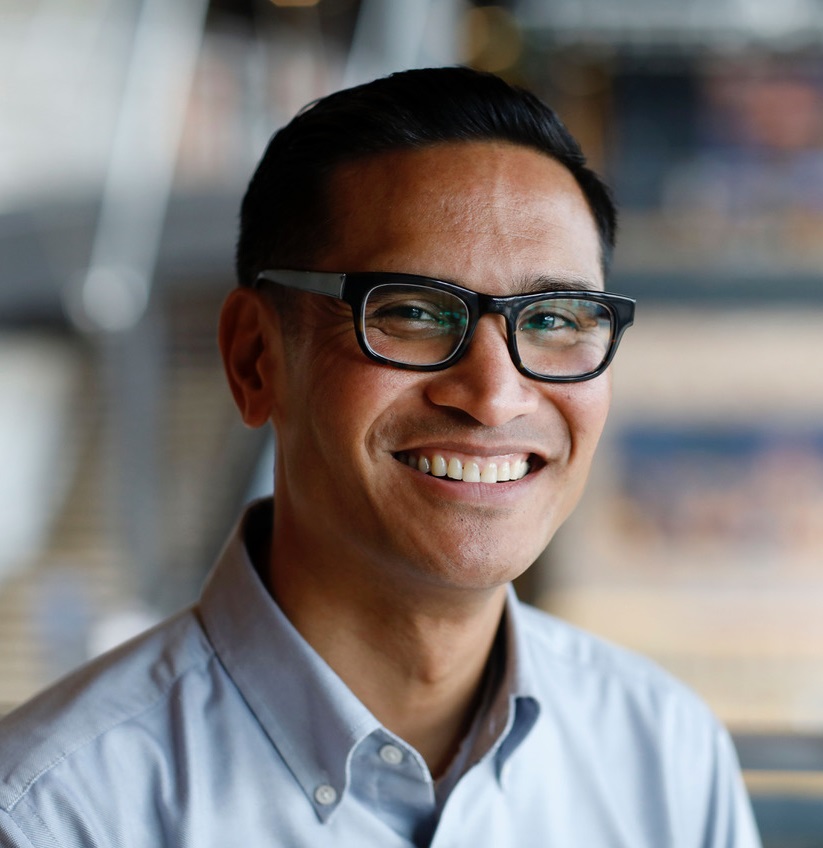 Ricky Nierva is a Filipino-American animation production designer. Nierva started his acclaimed career at Pixar in the Story Department on Toy Story 2 in 1997, and is best known for his work designing iconic characters for Monsters, Inc. and Finding Nemo: Mike Wazowski, Sully and Dory. He also led Pixar’s production design team on award-winning Up. As Spire’s new Production Designer, Nierva will initially be focused on Trouble, the studio’s first animation feature co-created by writer, actor and director Danny McBride and Brad Lewis.

“I’m honored to join Spire Animation Studios and to have the unique opportunity to production design our first animated feature film,” said Nierva. “The team is unbelievably talented and we are breaking the way things have been done in the past, blazing new trails. I’ve loved the animation art form since I was a kid — and through my time at Pixar — and want to push this medium forward. It’s altogether invigorating, terrifying and exciting!” 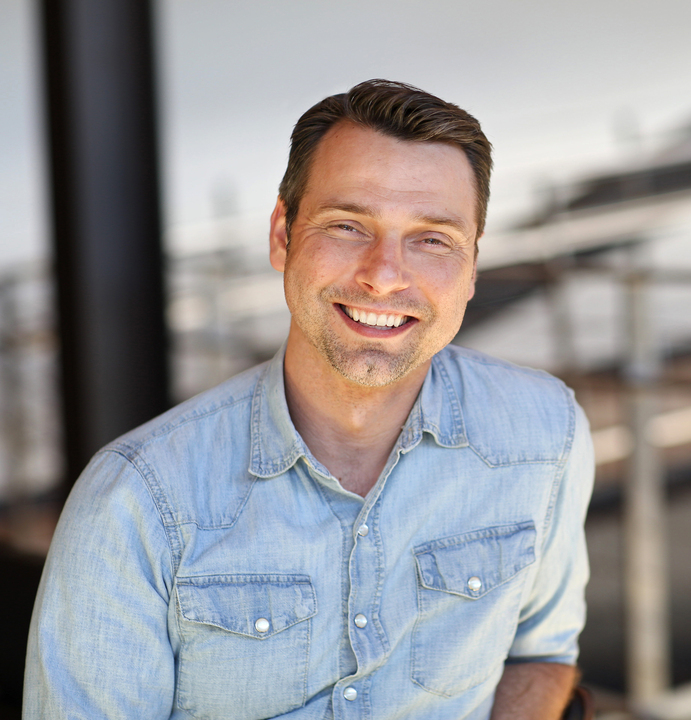 Before joining Spire as its new Head of Character Animation, Michal Makarewicz was at Pixar for 19 years, where he worked his way up to directing animator. While there, he worked on more than 14 feature films and five shorts, including The Incredibles, Cars, Ratatouille, WALL-E, Up, Inside Out, Onward and Soul, among others. Makarewicz has been honored by ASIFA with two Annie Awards for Best Animation in a Feature Production (Soul, Ratatouille), a VES Nomination for his animation on Helen in Incredibles 2 as well as a Feature Animation nomination for the 75th annual 2020 Reuben Award for his work on Soul.

“Spire is a melting pot of tremendous talent from the leading companies in the animation industry,” said Makarewicz. “It’s exciting to build something new from the ground up with all that knowledge and experience at our disposal. We get to play in a sandbox where the what-ifs are all very possible. I’m also thrilled to keep the animation industry growing, for the community as a whole, and to push the boundaries of our field in a new way with a fantastic team.” 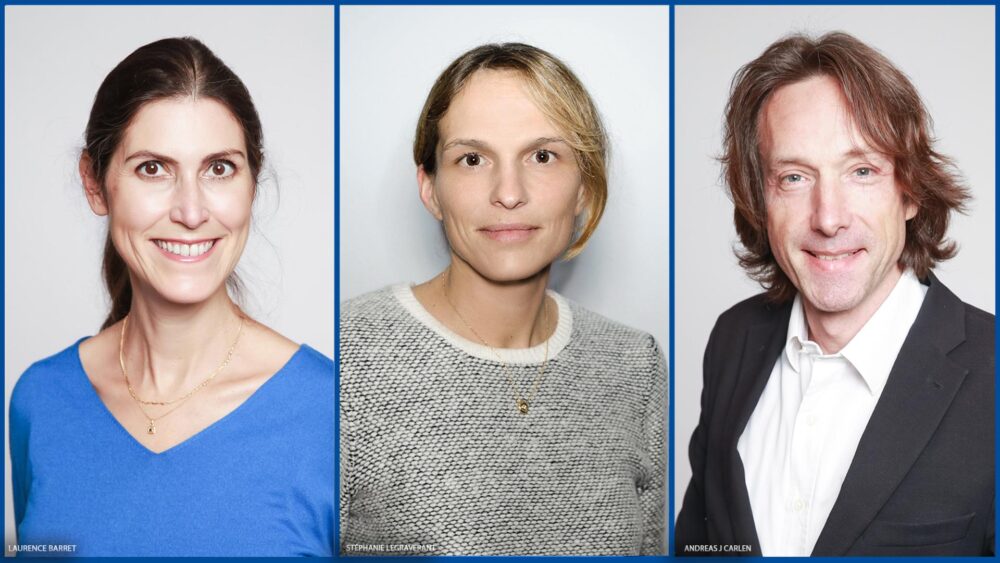 Cyber Group Studios (cybergroupstudios.com) has named three industry veterans to lead its production, development and R&D in response to the strong business growth now at an historical high with 10 series in production and 10 more in development this year. All three will report to COO & Co-founder Dominique Bourse. “We are thrilled to have the opportunity to partner with such a talented team of executives at an exciting moment of growth for our company, where new opportunities are constantly arising in this very fast-evolving industry worldwide,” said Bourse. 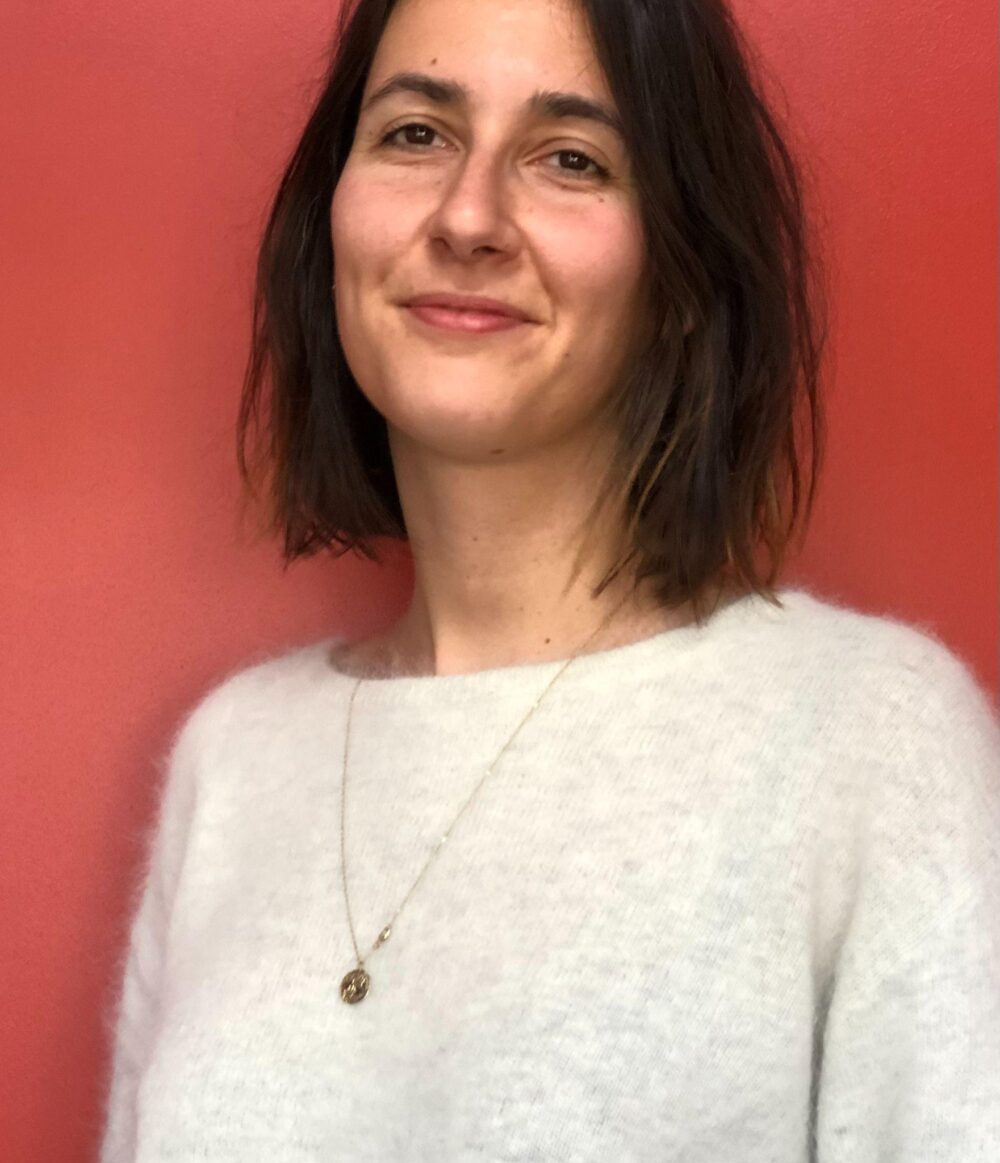 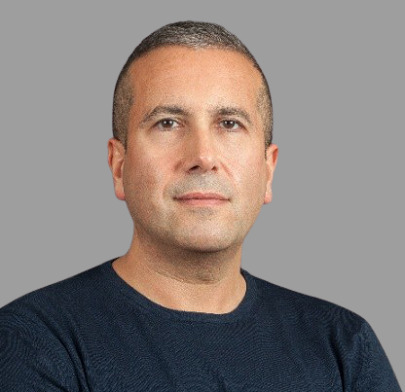 Boutique VFX and finishing house Stone Dogs (stonedogs.co.uk) announced the expansion of its studio, relocating to a larger office to provide a wider, more flexible service to clients. The new space, located next to Lincoln Fields, will roughly double Stone Dogs’ current footprint. In order to deliver on this increased scope and flexibility of services, the studio has invested in both its backend capabilities — increasing capacity and speed of storage — and a brand new cooled server cabinet.

In addition, Kabir Malik has joined the team as Executive Producer. Kabir joins from Bubble TV Group, where he was responsible for creating and building the commercials picture department. Prior to that, he worked as an EP for both production and post-production projects, having developed his craft at a range of VFX studios. He now represents Stone Dogs alongside Orchard for CG, which complements both company’s creative services and helps the team deliver on more complex CG and VFX combined projects. On top of this, he will place any of his own production requirements with the appropriate studio, strengthening Stone Dogs’ ties with the industry. 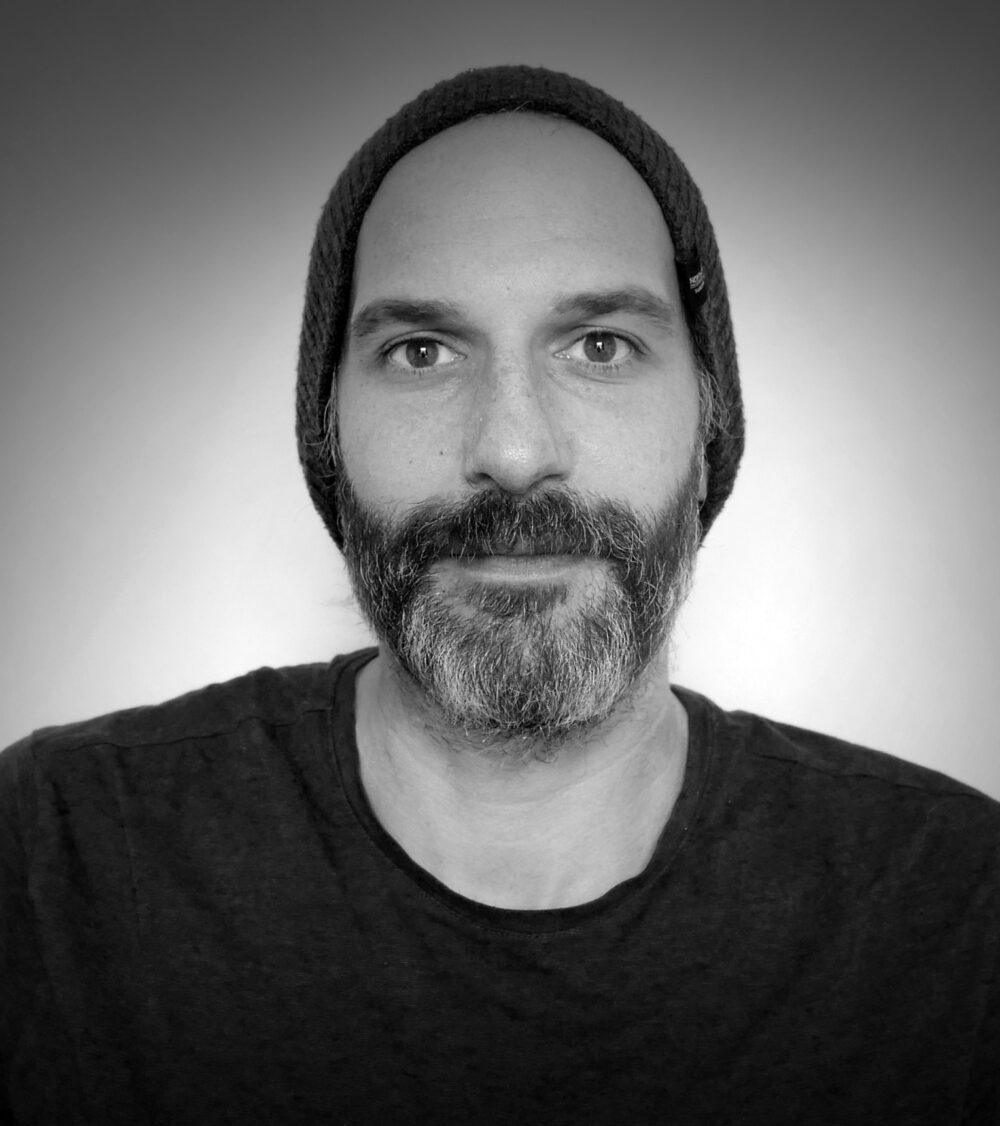 Framestore (framestore.com) has named Johannes Sambs as Head of CG, London. Based at the company’s headquarters, Sambs will lead the CG team on a range of projects across Advertising, Episodic and Immersive. He joined Framestore in 2016, and has been instrumental in a number of major projects including Framestore’s first dark ride, Pearl Quest for China’s Wanda Group, and the technically challenging immersive experience for Comcast’s Philadelphia based planetarium-style theater, the Universal Sphere. Sambs was also Framestore’s CG supe on Netflix’s Alien Worlds, which won an Emmy for the studio, and delivered the Storybook Sequences for Netflix’s Jingle Jangle: A Christmas Journey.

Originally from Austria, Sambs studied Audiovisual Fine Art before moving to the U.K., where he worked as a CG generalist freelancer, mainly in advertising as well as theater productions. He joined Framestore as a Lookdev Artist and has subsequently worked as both CG supervisor and VFX supervisor across many forms including commercials, TV shows and feature films including the Sky Atlantic episodic show, Curfew. “I am delighted to embark on this journey as Head of CG,” Sambs commented. “Framestore partners with world-renowned brands and creative studios and the spectrum of the projects we can work on is limitless. I am excited to lead our talented team as we take on even more challenging, ambitious and fresh projects this year and beyond.” 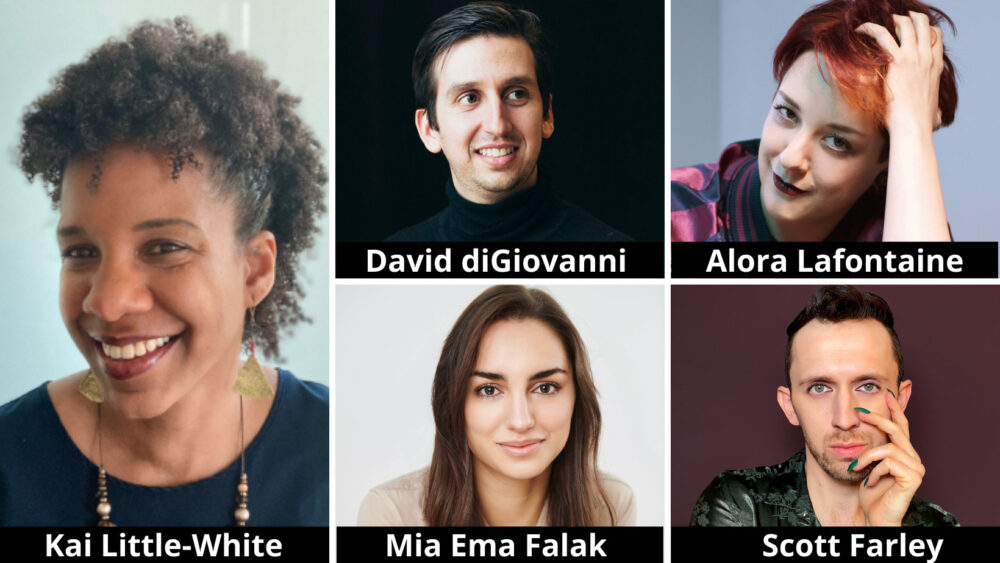 Youth Media Alliance (YMA) and TAAFI have announced the first recipients of the John Rooney Creator Fund. Established to honor the late Rooney’s ardent support of LGBTQ2S+ talent in children’s, youth, and family animation, the fund has two streams of professional development: Content Development and Scriptwriting.

Scriptwriting Stream laureates will be placed in a writing room for a show currently in production to gain an understanding of the script writing process, how stories are developed for series and, if possible, contribute to the room creatively. The Fund will cover a maximum of 10 working days, at $250 per day, for a total allocation of $2,500 per writer: