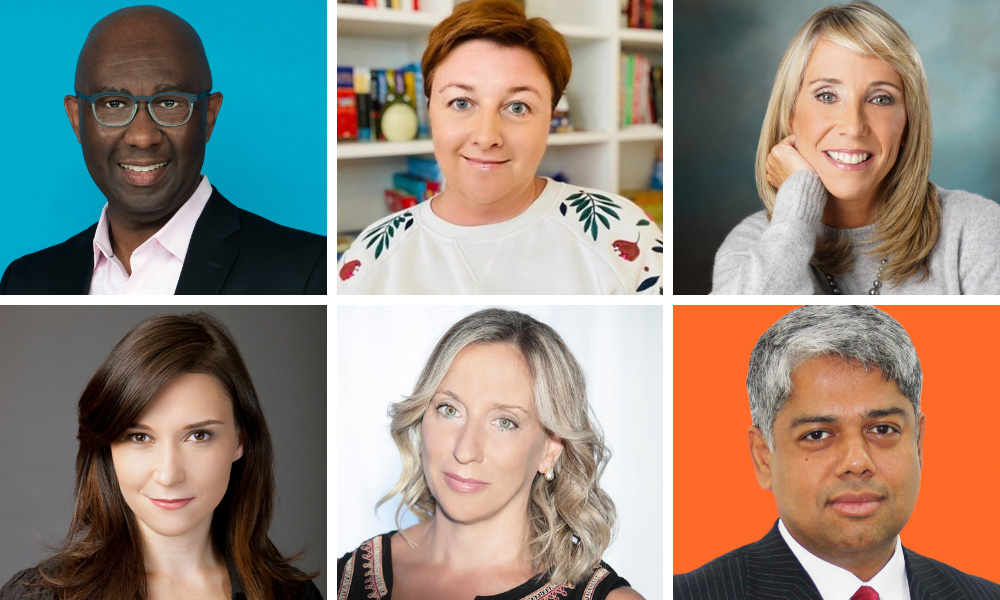 9 Story Media Group (www.9story.com) announced the appointment of Farrell Hall to the newly created position of Chief Inclusion Officer. Working with internal and external stakeholders, Farrell will be empowered to create and execute diversity, equity and inclusion initiatives that will impact all aspects of the business, including 9 Story’s animation studio, Brown Bag Films. He will also be integral in developing and establishing DEI content guidelines to further the company’s mission in the creation and production of diverse and authentic stories. Reporting to Vince Commisso, President and CEO of 9 Story, Farrell joins the Executive Leadership team and is based out of Toronto.

Most recently, Farrell held the role of Director of Diversity, Equity and Inclusion at the Children’s Aid Society (CAS) of Toronto, where he led a team responsible for advancing equity and anti-oppression within the organization. While engaged with the CAS, Farrell had a clear focus on combating anti-Black racism to eliminate disparity and disproportionality in their service outcomes for clients. Farrell also brings additional relevant experience from his time as Manager of Workplace Equity at the Peel District School Board, where he championed the development of workplace equity, anti-oppression and inclusion programs, as well as established initiatives to ensure workplace excellence. Farrell has a strong background in Human Resources, working in the field for over twenty years in the not-for-profit, private and corporate sectors. In addition, Farrell spent three years working in radio roles at the Canadian Broadcasting Corporation. 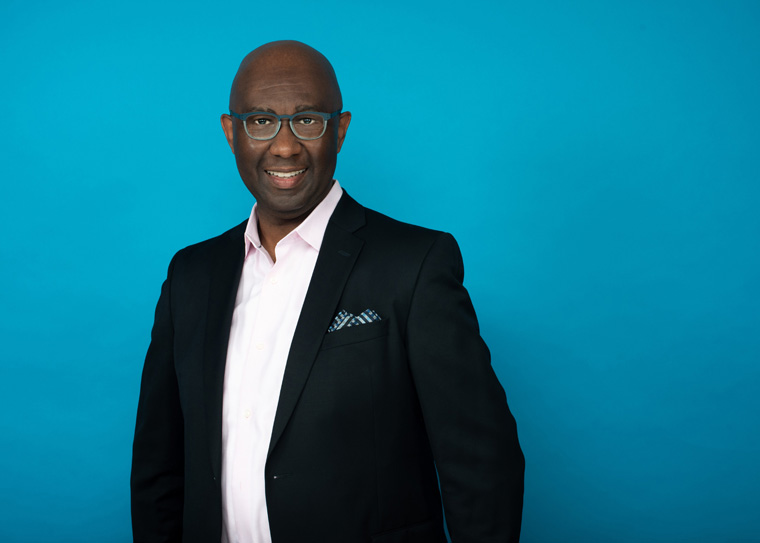 Anna Taganov has been appointed as BBC’s Head of Children’s Content & Programming Strategy, the U.K. broadcaster announced (www.bbc.co.uk). Currently a children’s media consultant, Taganov will be responsible for managing content and programming strategies for BBC Children’s video output across CBeebies, CBBC and BBC iPlayer, and oversee the teams responsible for planning and scheduling all Children’s and Education video content on these platforms. She will also oversee the department’s YouTube channels as well as CBeebies House and CBBC HQ presentation. She will work alongside BBC Children’s two lead commissioning and acquisition execs; Kate Morton (Kids 0-6) and Sarah Muller (Kids 7-12), to deliver the best content mix and offer for U.K. children. Taganov will report to Patricia Hidalgo, Director, BBC Children’s and Education.

Taganov (née Kozyreva) started her media career in radio, where she discovered her passion for children’s content while working on the launch of the first children’s radio station in Russia. Since then, her career journey has taken in some of the biggest brands in children’s content. She headed up Content & Programming Strategies for Disney channels in Europe, the Middle East and Africa. She led Program Planning, Media Planning and Scheduling for 16 Disney Junior and Disney XD channels and worked on the content transition strategy from linear to on demand ahead of the launch of Disney+. During her 13 years there, she worked on the pan-regional Disney Junior channel launch and helped to grow a multitude of Disney, Marvel and Lucasfilm franchises, deploying children’s TV content across Disney Branded Channels multiplex and video-on-demand services. 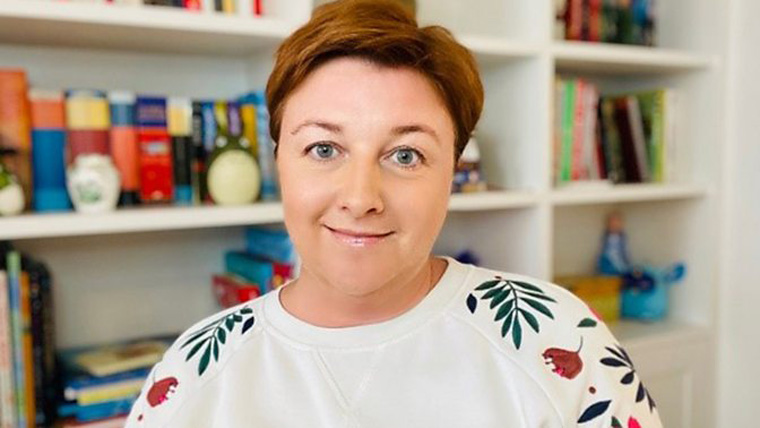 Most recently, Gray served as General Manager, SVP of Operations and Business & Legal Affairs. In that capacity she has overseen the growth and resurgence of the Yu-Gi-Oh! brand in territories outside of Asia while also spearheading business development for the gaming IPs Contra, Bomberman and Frogger, including Executive Producer on the new Frogger Game Show set to stream on Peacock this Fall. Previously, at 4Kids Entertainment she oversaw the programming block on The CW, and production. She played an instrumental role in negotiations for Konami to acquire management of the Yu-Gi-Oh! franchise from 4Kids Entertainment and led the start-up of Konami Cross Media NY.

Kose was named President of Konami Cross Media NY in 2009, with the responsibility of launching full media mix strategies based on Konami’s videogames for the global market. Konami Cross Media NY will continue its focus on building and managing intellectual property (IP) through its 360-degree approach for some of the world’s most iconic gaming brands, such as Yu-Gi-Oh!, Bomberman, Contra and Frogger. 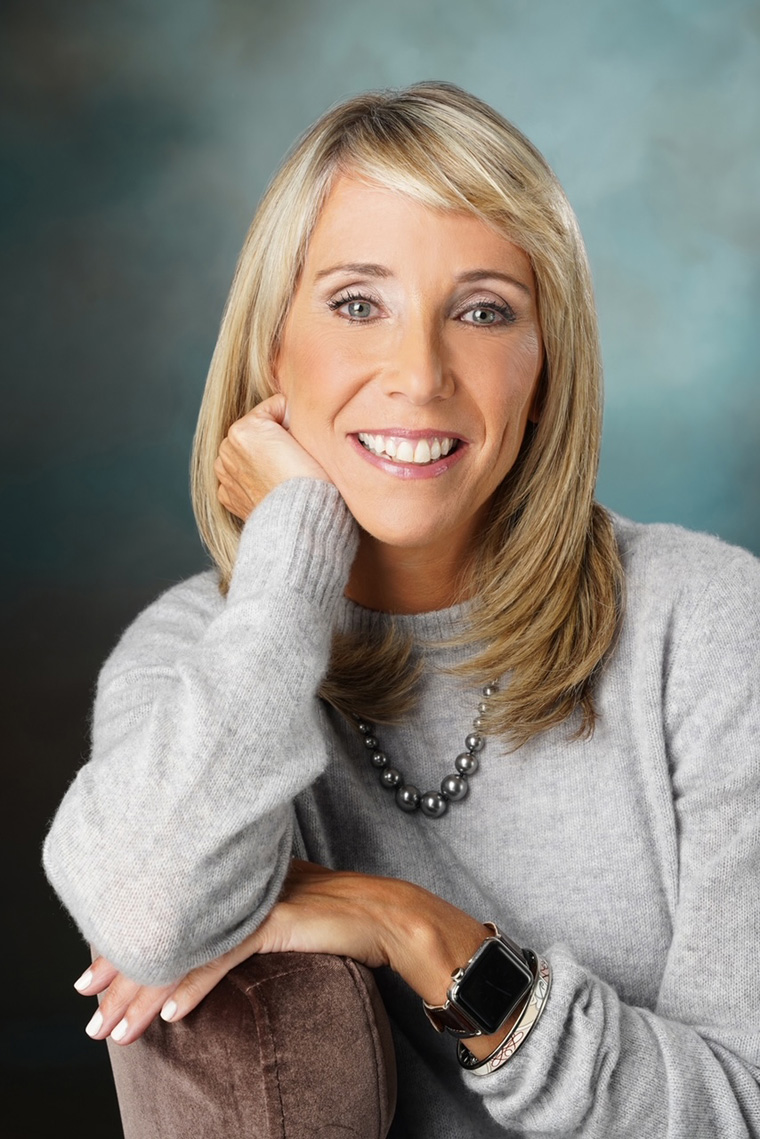 Sabrina Caluori has been named Senior Vice President, Brand and Content Strategy for Nickelodeon. In this role, Caluori will oversee the launches of all original shows and movies, brand strategy and execution, media buying, performance-based and lifecycle marketing, and marketing analytics. The announcement was made by Jenny Wall, Chief Marketing Officer for Nickelodeon, to whom Caluori will report while based in New York.

Caluori spent the last 18 months as Founder & President of Theia Communications, a CMO and digital advisory consultancy focused on the media and education verticals. Prior to that, she spent 12 years at HBO, most recently as EVP of Marketing & Digital Media, where she built and led the digital and social marketing function across all brands and programming. She utilized digital media and emerging technologies to build massive, global franchises for iconic series including Game of Thrones, Girls, Insecure, Euphoria, Big Little Lies, VEEP, Westworld and Silicon Valley, leading to three Interactive Emmy Wins and a Cannes Lion Grand Prix. Additionally, Caluori ran the publishing and editorial operations for all of HBO’s digital platforms including overseeing the go-to-market strategy for HBO’s direct-to-consumer streaming service, HBO NOW.

Before joining HBO, Caluori headed the account team at the interactive agency Deep Focus, where she oversaw digital media, creative and publicity to create integrated, buzz-worthy marketing campaigns for clients such as HBO, Miramax, Google, Court TV and Comedy Central, growing agency billings by over 400% and winning 10+ prestigious awards. Caluori was inducted into the American Advertising Federation (AAF) Advertising Hall of Achievement in 2016. 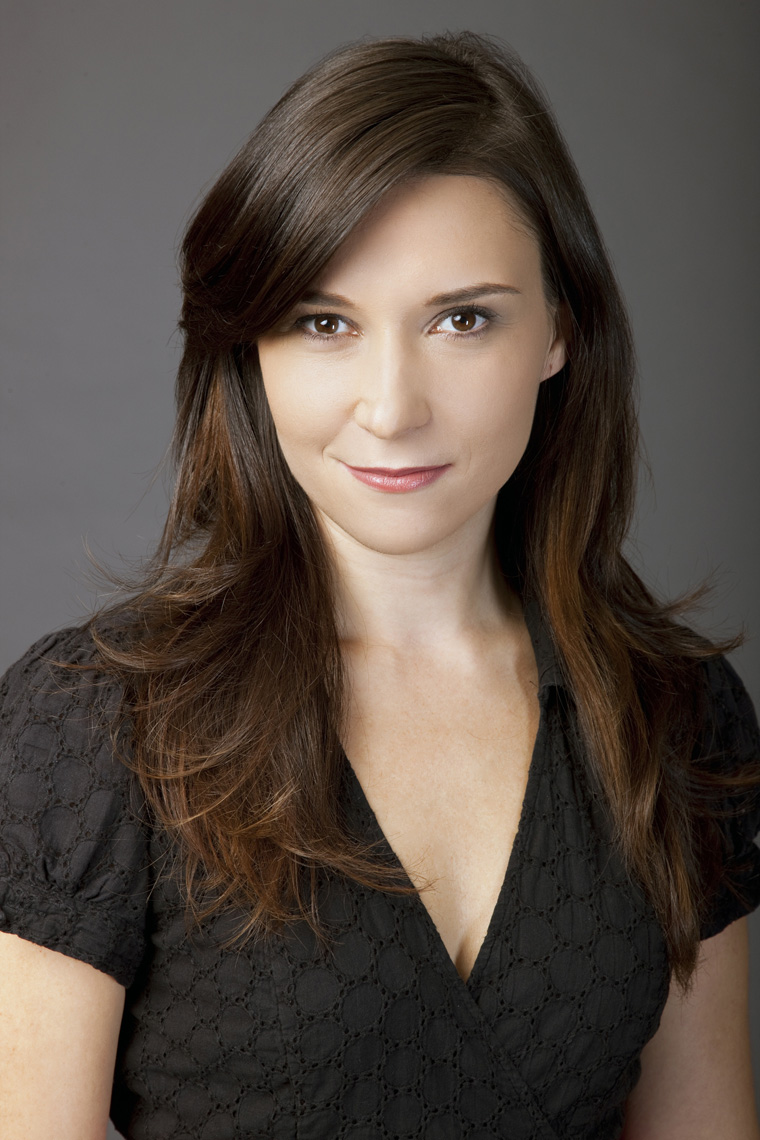 Canada- and Madrid-based Pink Parrot Media (www.pinkparrotmedia.ca), the international sales company, known for the development, production and distribution of high-quality family entertainment films, is expanding its business services with a dedicated international television distribution division, and announces the appointment of industry sales veteran Begoña Esteban to the newly formed role of Head of International TV Sales & Acquisitions. Based in Madrid, Esteban will report directly to Partner/Vice-President and Head of International Sales & Acquisitions (Film) Tania Pinto Da Cunha, and will lead the company’s day-to-day operations and new initiatives in the acquisition, pre-sales, and sales for all of PPM’s kids animated and live-action content for television including platforms.

Esteban will begin initial sales for animated series Butterfly Academy (52 x 11′, currently developing financing); and Joy Eternal (13 x 11′, currently in production) while attending this year’s Cartoon Forum followed by the MIPCOM and MIP Junior markets, where the company will exhibit under the Canadian Pavilion umbrella.

Esteban joins PPM from 14-year tenure at Imira Entertainment, where as the Audiovisual Sales Content Manager she was directly responsible for the sales of kids’ content such as The Smurfs, Oggy and the Cockroaches and inhouse titles Lucky Fred and Mondo Yan for Latin America, Spanish-speaking U.S.A., Spain, Portugal and Eastern Europe. Prior to Imira, she spent 10 years at Spain’s BRB International, handling the Spanish classical series such as Dogtanian and the Three Muskehounds, David the Gnome and Willy Fog. As the Marketing Manager of New Projects and Sales Manager she was in charge of television and home entertainment sales specifically for Latin America, U.S. Hispanic Market, Eastern Europe and Asia. 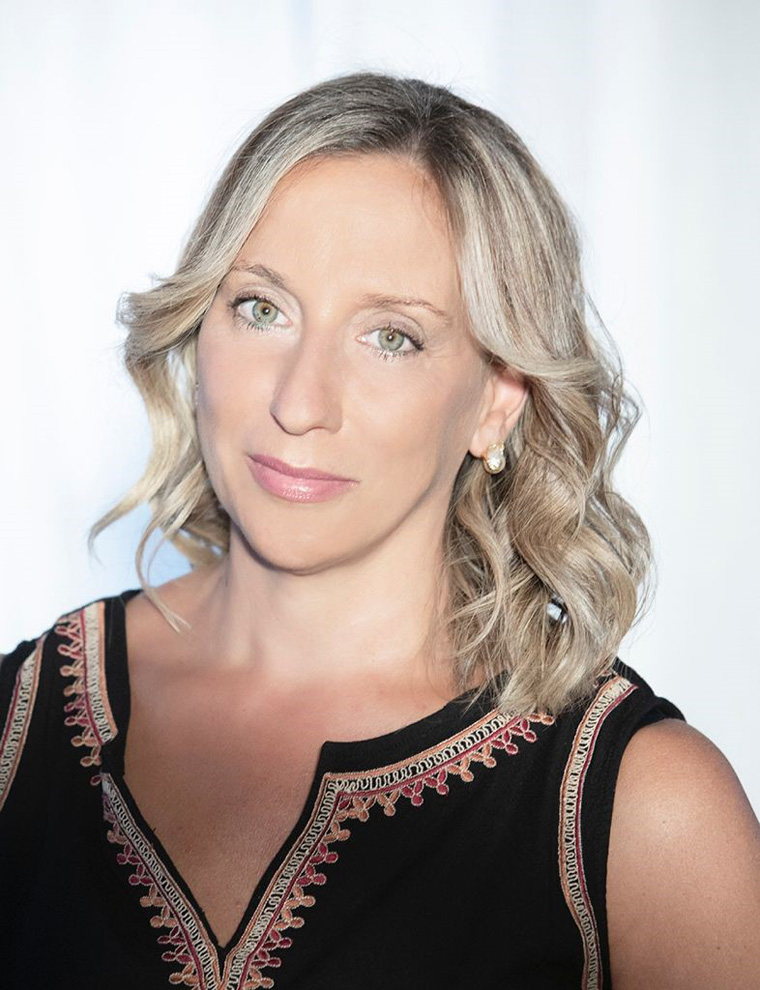 Close on the heels of launching their own OTT platform, global kids and family entertainment major Toonz Media Group (https://toonz.co) is venturing deeper into the platform entertainment business. Toonz has constituted a new SBU, Toonz Media Networks, with the aim of widening the scope of the company’s platform business. The company has appointed former Zee Entertainment COO Mukund Cairae to give strategic leadership to the new SBU, which seeks to expand to more territories in the next two years.

Apart from its well-established YouTube ecosystem as well as television channels in Russia and LatAm, Toonz Media Networks SBU will supervize launch of the Group’s new linear TV channels in the fast-growing kids’ television markets of Indonesia, Malaysia, Singapore & MENA. Like the MyToonz OTT launched earlier this year, the TV channels will cater to the kids and family audience. With 1,000+ hours of content in multiple genres ranging from preschool to tween and family target demos, Toonz will bank on its rich library to bring world-class shows and movies to families across the world via the mini screen. Toonz’s homegrown content will be dubbed into a slew of global languages like Bahasa Indonesia, Bahasa Maleyu, Arabic, Urdu, Thai, French and Swahili. The company will also be actively pursuing content partnerships in these regions to co-create premium content, including e-Sports, to engage with tweens and teens. 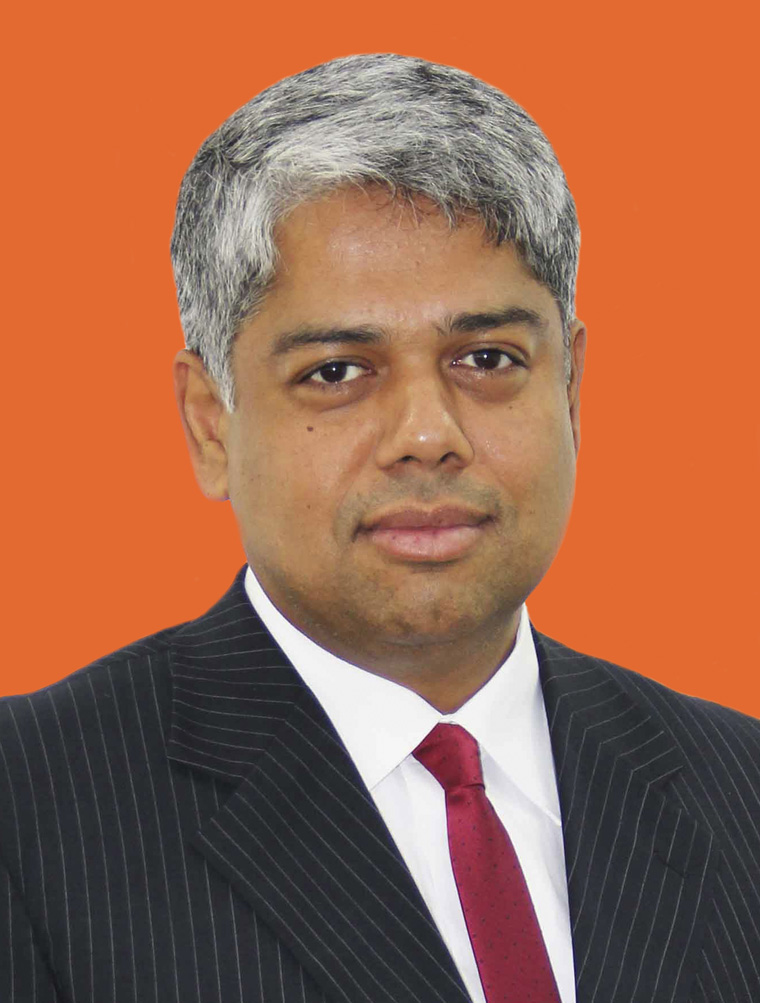