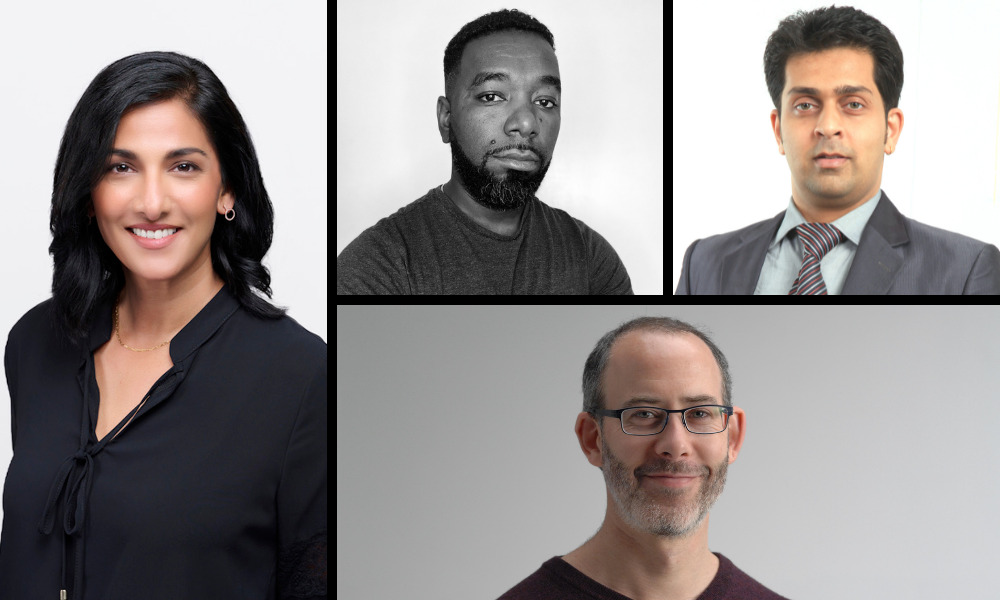 Leading VFX & animation studio DNEG (dneg.com) announced the promotion of Chas Jarrett to Creative Director, taking the reigns from Paul Franklin, who will continue as a VFX COnsultanto Based out of the company’s London studio and working closely with Josh Jaggars, Group President, VFX & Stereo, Jarrett will partner with directors and filmmakers to leverage DNEG’s creative capabilities and innovative technology in service of their projects, while helping to maintain and build upon the company’s strong working relationships with its studio clients. Jarrett will also nurture and support the progression and development of DNEG’s talented artists and represent DNEG’s creative teams at executive level.

“DNEG has an incredible brand and reputation in our industry. Part of my new responsibilities as Creative Director will be to ensure that DNEG maintains its position as the go-to house for incredibly realistic, huge scale visual effects, while also expanding our capabilities to bring new and enhanced specialisms and technologies to our filmmaking partners,” said Jarrett. “Equally important to me is the nurturing of our teams of highly skilled creatives across the globe. I will be focused on ensuring that our creative teams have the structure and support necessary to continue delivering the amazing, industry-leading work that DNEG is known for.”

The promotion provides further executive level support for DNEG’s strategic direction and worldwide growth initiative as the company targets an expanded international headcount benchmark of 10,000 employees within the next 12 months. DNEG’s growth plan also explores further opportunities in content development and production, and in adjacent markets, including gaming and metaverse applications.

Jarrett, who joined DNEG as Senior VFX Supervisor in 2019, has a wealth of creative and technical experience earned over 20 years in the entertainment industry. This includes 13 years as a client-side production VFX supervisor with credits such as Disney’s live-action Aladdin, Logan, Guy Ritchie’s Sherlock Holmes films and Sweeney Todd for Tim Burton. Most recently, he was Production VFX Supervisor on the movie adaptation of the highly successful video game franchise Uncharted
for Sony Pictures.

Jarrett was a co-founder of boutique VFX house BlueBolt VFX, and previously served on the executive committee of MPC. He is also an active software developer, currently working with an in-house team at DNEG on the development of xSTUDIO, a new playback and review tool which DNEG intends to release as an open source project later this year.

“Janet is a tremendously dedicated and strategic leader who has an incredible record of service at the Academy. She has been instrumental in launching and elevating several Academy initiatives on membership recruitment, governance and equity, diversity, and inclusion,” noted Academy CEO Bill Kramer.  “I am thrilled that she is taking on the esteemed role of Academy President and look forward to working closely with her on our shared vision to serve our membership, celebrate the collaborative arts and sciences of motion pictures, and inspire the next generation of filmmakers.”

Yang’s extensive film producing credits include The Joy Luck Club, The People vs. Larry Flynt, Zero Effect, High Crimes, Dark Matter, Shanghai Calling and the Oscar-nominated animated feature Over the Moon. She won an Emmy for the HBO film Indictment: The McMartin Trial. A member of the Academy’s Producers Branch since 2002, Yang most recently served on the Board as Vice President and chair of the Membership Committee and prior to that, the Membership and Governance Committee. She is also co-chair of the Academy’s Asian Affinity Group.

Cartoon Crossroads Columbus (CXC; cartooncrossroadscolumbus.org), the international showcase for cartoon art, announced that the second annual Tom Spurgeon Award will go to writer, translator and manga scholar Frederik L. Schodt. The Spurgeon Award honors those who have made substantial contributions to the field of comics, but are not primarily cartoonists. The award is named after Tom Spurgeon, a writer, historian and champion of comic arts who served as CXC’s founding executive director. The award is open to retailers, distributors, journalists, editors, publishers and others.

“I have spent most of my life doing work related to currents of thought flowing between Japan and North America,” said Schodt, “With a particular interest in manga, writing about them, doing translations of what I consider worthy works, giving talks on manga, and interpreting for Japanese and North American artists.”

Schodt is a pivotal figure who helped bring manga to the West by way of his translations, research and writing. Schodt had a close relationship with Osamu Tezuka, a cultural giant known as the “God of Manga.” Schodt translated Tezuka’s Astro Boy for U.S. publication in 2002 and translated the 900+ page manga biography, The Osamu Tezuka Story, in 2016. Schodt’s translations of manga also include works such as Henry Yoshitaka Kiyama’s 1931 The Four Immigrants manga, Tezuka’s Phoenix (with Dadakai and Jared Cook) and Yoshiyuki Tomino’s Mobile Suit Gundam trilogy of novels. In recent years, along with Beth Cary, he has worked on translating collections of animator Hayao Miyazaki’s writings. His other best known works on manga include Dreamland Japan: Writings on Modern Manga (1996), and The Astro Boy Essays: Osamu Tezuka, Mighty Atom, and the Manga/Anime Revolution (2007).

The PGS Company (pgsentertainment.com) announced the appointment of Agnès Lecuyer as Head– Legal & Business Affairs and Charisma Kerr as Finance Coordinator. Both will work with Philippe & Guillaume Soutter, Co-Founders of PGS. The recent hires come on the back of PGS providing remote-only work opportunities in the company. Lecuyer is based in Toulon, France, while Kerr is based in Johannesburg, South Africa.

Lecuyer is a veteran with more than 12 years of experience in the entertainment industry. She has previously worked with SND, a subsidiary of the M6 Group, and will oversee legal and business affairs for PGS companies in her new role. She aims to administer, implement and optimize legal processes to ensure effective collaboration.

Kerr, who has over 14 years of experience in the industry, has previously worked with key industry firms such as PWC, RSM and The Standard Bank Group. She will oversee administrative and operational tasks for the company.

Creative studio Nice Shoes (niceshoes.com) announced the hire of Jeff Wolfe as Managing Director of Immersive. Wolfe will be dedicated to solidifying and expanding its immersive offering, educating clients on its varied applications and establishing the company as the go-to studio in this realm. “There’s no limit to what immersive can entail, and I’m really excited to explore that with my colleagues and clients, finding the right tools that suit them to create some truly mind-blowing content,” Wolfe commented.

With over two decades of experience, Wolfe started off in film production before moving into post production and high-end VFX. He has worked with some of the best in the business, ranging from agencies such as R/GA, FCB and 72andSunny, to production companies and creative studios including Method Studios, RadicalMedia and Nathan Love. Wolfe’s collaborations with high-profile clients include short form content for Apple, Facebook and Google, as well as longform Hollywood blockbusters and features from the Marvel Universe. Most recently, Wolfe worked with RadicalMedia and Illuminarium Experiences to bring to market their first three major immersive shows: Wild, Georgia O’Keeffe and Space.

Thirdverse Inc. (thirdverse.io), a leading virtual reality and Web3 game development and distribution company, announced that Isao Moriyasu has joined the company as the Executive Producer of Web3 Games. Moriyasu was the former CEO of DeNA Co., Ltd., where he grew the company into one of Japan’s leading IT providers in mobile games. He will leverage his more than 20 years of experience in the technology and gaming industries to help further drive Thirdverse’s growth in the metaverse and Web3.

Thirdverse is dedicated to realizing a “VR x Metaverse” and has been developing VR games in Japan and the U.S. since 2020. In addition to its world-class VR game development capabilities, the company is partnering up with global leaders such as Animoca Brands to bring cutting-edge know-how in Web3. “Thirdverse is building a world-class company in the VR, Metaverse and Web3 markets. As more players discover the thrill of immersive gaming experiences, Thirdverse is uniquely positioned to serve these audiences with superior quality content,” said Moriyasu. “I look forward to applying my experience in the gaming industry to help Thirdverse continue its push for innovation.”