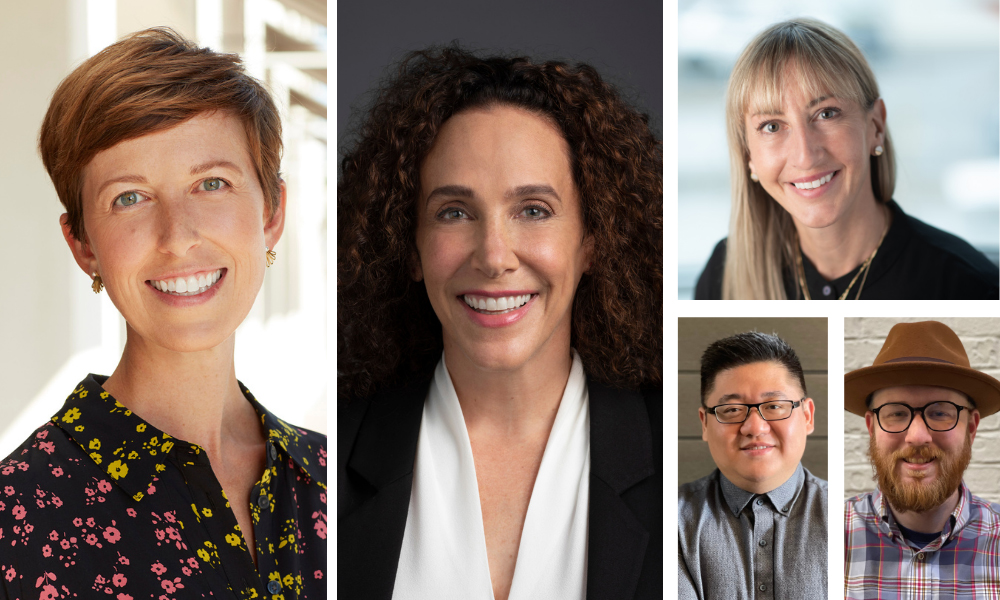 Disney Television Animation has named two new Vice Presidents of Development, who will be integral to guiding the flow of toon content to key linear and streaming outlets. 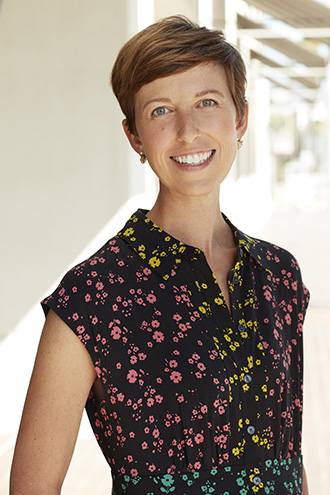 Elizabeth Waybright Taylor has been promoted to the post. She will oversee a team that identifies and steers new animated Disney Channel content for kids 6-11 and families. A Disney employee for 11 years, she was most recently Executive Director, Development, Disney Television Animation. She reports to Emily Hart, SVP Animation Development, Disney Branded Television.

“Elizabeth’s decade of experience at TVA and her passion for creator-driven projects makes her the ideal executive to lead our development slate for Disney Channel,” said Hart. “She has an eye toward curating character-driven comedies and is a strong partner and ally to talent — a true champion of their creative vision. I’m delighted to see her take on this leadership role with the development team!”

Taylor has shepherded a steady stream of projects through development, including the acclaimed cartoon shorts The Wonderful World of Mickey Mouse and the Annie Award-winning series Amphibia, Kiff and the recently announced Primos. She joined Disney TVA in 2010 as an assistant on the Development team and, as the studio grew, she was promoted into roles of greater responsibility: coordinator (2012-14), manager (2014-16), director (2016-2020) and executive director (2020-2021). Prior to Disney, she worked in animation production at Nickelodeon and was an independent event planner and florist. A native of Syracuse, New York, Taylor has a Bachelor of Arts in film studies from Emerson College. 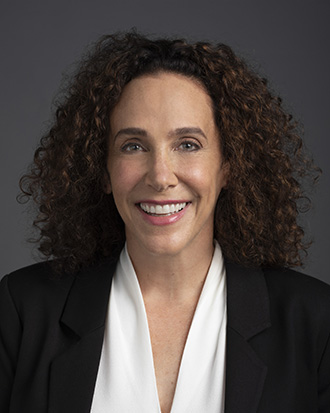 At the same time, Lisa Fragner has newly joined Disney TVA as VP Development, adding more depth to the animation studio’s senior ranks as it helps fuel the rapidly expanding content slate for Disney+. In her new role, which is based in New York, she also reports to Hart. Fragner was most recently VP and Head of Development for Blue Sky Studios (a division of The Walt Disney Studios) from 2003-21.

“Strong creative executives are the key to our success in the marketplace. Lisa has deep experience in the animation industry, and her acute creative and business sense — especially as a longtime mentor of creator talent from underrepresented groups — is a hand-in-glove fit with our commitment to world-class storytelling,” commented Meredith Roberts, SVP & General Manager, Television Animation, Disney Branded Television. “Emily’s team has demonstrated formidable talent and ability to collaborate across the Company, and I have confidence that we will continue to meet our ambitious goals.”

Fragner has a proven track record of leadership results and creative storytelling capability for all audience sectors. At Blue Sky, she steered several creator-driven feature films from concept pitch to greenlight, including Ice Age: Dawn of the Dinosaurs, Dr. Seuss’ Horton Hears a Who!, Rio, Spies in Disguise and Nimona. She also secured the rights to several feature film properties for 20th Century Fox Animation and Fox Family feature divisions, including the animated Confessions of an Imaginary Friend and the live-action Better Nate Than Ever.

In addition to producing Blue Sky’s “Pitch Fest” for short and feature films, Fragner steered multiple diversity and inclusion initiatives within key creative roles and the development executive team. Her producer credits include The Hebrew Hammer (Sundance 2003) and Death of a Dynasty (Tribeca Film Festival 2003). Fragner earned degrees in history and theater from Stanford University and is a member of Stanford Alumni in Entertainment and its mentoring program, BEAM/Stanford Career Education. She is also affiliated with The Animation Project, Women in Animation, ASIFA, The Animation Industry Council and the New York Mayor’s Office of Media and Entertainment/Made in NY. 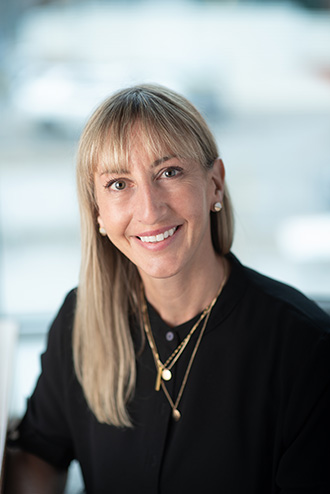 Former senior lead compositor and comp supervisor at Industrial Light & Magic Nathalie Girard is joining Emmy-winning Montreal studio Rodeo FX (Game of Thrones, Lovecraft Country, WandaVision; rodeofx.com) as Senior Head of 2D, returning to Canada after more than a decade in the U.S. Over the last 18 years, Girard specialized in compositing and continuously explored new software and solutions to stay ahead of the curve. She trained herself on Autodesk’s Flame very early on and was one of the first few women at ILM to be trained on Nuke, developing a unique set of skills.

In addition to working on Oscar-nominated movies The Chronicles of Narnia: The Lion, the Witch and the Wardrobe, War of the Worlds, Pirates of the Caribbean: At World’s End, Transformers and Iron Man, Girard also supervised ILM’s first theme park project at Universal Studios, The Transformers. Bringing the two-year, VES Award-winning project to fruition was a completely new endeavor for the company and the ride is now found in every Universal Studios park worldwide. She was also behind the Oscar- and BAFTA-winning Warner Bros. animated feature Happy Feet.

As Head of 2D, Girard will develop new workflows and technologies and lead the department onto the industry’s cutting edge. She will continue to build a talented, agile and creative team which will push Rodeo FX further as the established studio moves beyond its first 15 years of operation. “I was so impressed by Rodeo, by the projects and the team,” Girard said. “It’s a long way from California, but this is where it all started for me and I’m already feeling right at home.”

Silver Spoon has augmented their real-time animation and VP capabilities with new production team hires. The appointments follow the studio’s plans to expand operations to Los Angeles in addition to their New York base, as the company continues to grow and innovate in real-time production. The virtual production boom during the pandemic saw Silver Spoon support projects such as the Super Bowl, CBS’s March Madness and Fox’s avatar singing show Alter Ego. 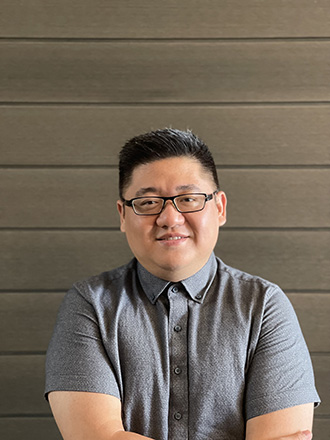 Tao Li joins as Director of Technology and Innovation after over a decade’s experience in audiovisual programming. After starting out in technical programming roles on cruise ships, Li then worked across the board in entertainment, from cultural establishments such as the MET Museum and theatre productions in Broadway to audio-visual (AV) rental companies. Before joining Silver Spoon, Li worked under Lucid Creative as the Director of Technical Productions, mounting concert shows with artists like Madonna, Shakira, Fleetwood Mac and Childish Gambino. Drawing from technical capabilities across visual mediums, Tao will ensure that Silver Spoon remains cutting-edge in its implementation of new technologies across their real-time productions.

“I’m excited to be joining Silver Spoon and diving deeper into the emerging industry of virtual production and real-time content,” said Li. “I believe Silver Spoon’s work will continue to set us apart as industry leaders while developing new capabilities and technologies — and hope to deliver some industry firsts in the process!” 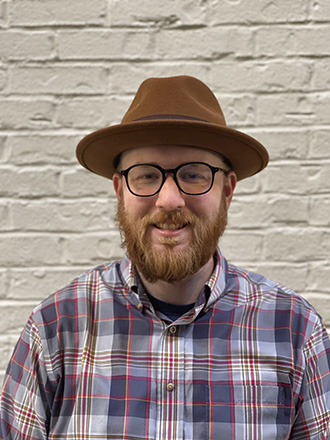 Silver Spoon’s new Lead Systems Designer, Matthew Houstle, joins the team after a decade in the live entertainment industry. Having worked as a disguise programmer on many award-winning Broadway shows, Houstle’s project highlights in his career include Beetlejuice: The Musical, and recently working on projection mapping the Brooklyn Bridge for a New York City Covid Memorial Ceremony. Houstle recently worked as an AV Technologist designing AV systems at NBBJ | ESI Design. In the new role, Houstle’s aim is to expand Silver Spoon’s capacity in audio-visual entertainment in an exciting emerging strand of the industry.

“We are in a magical time of innovation and expansion in the augmented reality space, and Silver Spoon is right at the front of it all. I’m excited to grow and learn with Silver Spoon, and contribute my skills, ideas and passion to this world,” Houstle commented.

Director Hugo de Faucompret Discusses His Award-Winning Short ‘Mum Is Pouring Rain’
‘The Mitchells vs. the Machines’ Careens to Disc & Digital in December