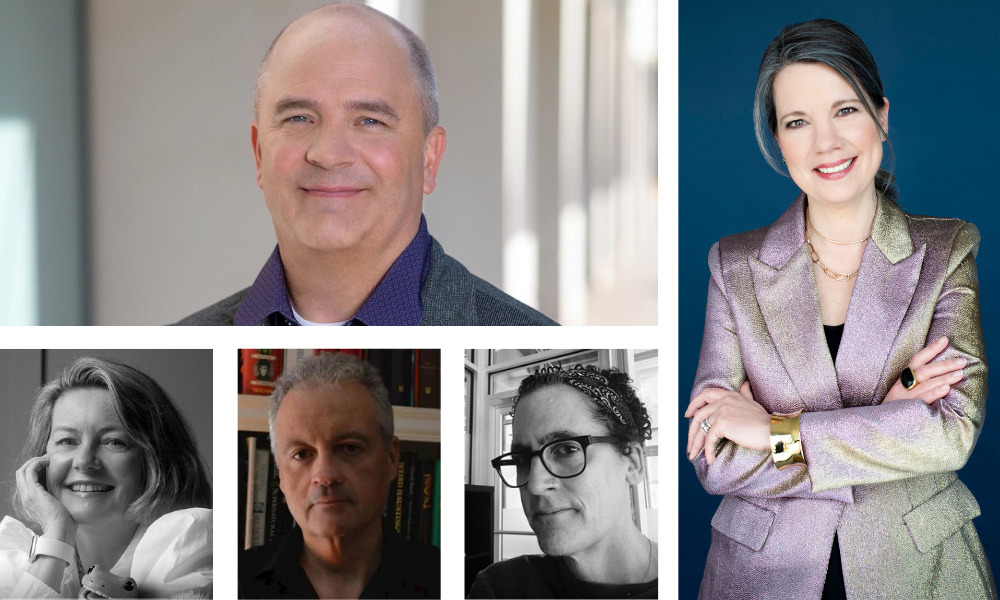 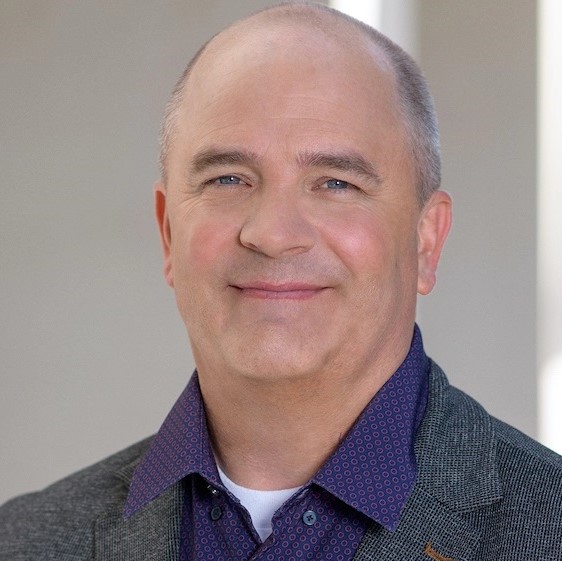 Wright began his casting and animation career in 1994 with Marvel Productions, working on popular series such as Iron Man, Fantastic Four and The Incredible Hulk. In 1996, he joined Columbia Tri-Star Television and worked on the animated series Extreme Ghostbusters and Men in Black. Wright joined Disney in 1997 as a talent coordinator for Walt Disney Pictures and Television and since then, in roles of increasing responsibility, worked on hundreds of animated films beginning with Lion King II: Simba’s Pride and series starting with Pepper Ann.

Since being named VP of Casting & Talent Relations in 2013, Wright led the team responsible for the casting of all DTA’s series and movies, including Elena of Avalor, which won three Emmys for casting, and the multiple Emmy- and Annie Award-winning Mickey Mouse shorts. The team is currently overseeing casting of more than 40 productions. In addition to working closely with voice directors, Wright also provides animation casting and recording guidance for many of Disney’s global partners, creating original animation in the U.K. and Canada.

His series credits also include Emmy-winning  Gravity Falls and Phineas and Ferb, DuckTales, Star Wars Rebels and The Lion Guard. Film and video credits include the English-language version of Hayao Miyazaki’s Spirited Away, which received the 2003 Academy Award for Best Animated Feature; Return to Neverland and The Fox and the Hound 2. 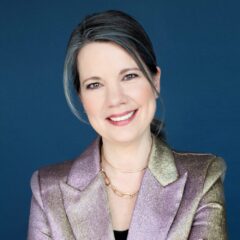 Telefilm Canada announced that after more than four years at the helm of the organization, Christa Dickenson will be moving on from her role as Executive Director & Chief Executive Officer effective September 9. Appointed by the Governor in Council, Dickenson assumed her role on July 30, 2018, following a prominent career in television, technology, telecommunications and digital media. Dickenson has led Telefilm through a period of transformation and modernization during her tenure: Telefilm launched its largest-ever pan-Canadian consultation on the Success Index, the Development Program and the Talent to Watch Program.

Under her leadership, Telefilm was allocated $105M in additional funding over a three-year period. Telefilm was also entrusted by the Government of Canada with the administration of the Canadian Audio-Visual Short-Term Compensation Fund as well as additional funding to support the recovery and reopening of the arts and culture sector. Dickenson modernized Telefilm’s programs, reviewed its decision-making processes and promoted access to its programs for a greater diversity of Canadian voices. In recent years, Telefilm has also increased its transparency, strengthened its governance, and put in place clear and concrete action plans in the areas of environmental responsibility and equity and representation.

“It was a difficult decision to make, but since I set out to make meaningful change, I felt that after all we accomplished together, I could leave to take on a new challenge within another organization,” said Dickenson. “I am proud of the Telefilm team, an accomplished and passionate team of dedicated professionals who have proven to be particularly agile and determined during this period of profound transformation. Telefilm has a solid foundation to continue to support the audiovisual industry as a whole and enable it to flourish. The future of this industry is promising.” 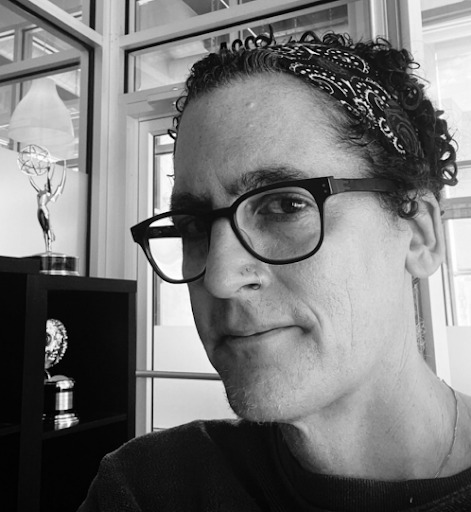 “It’s the perfect situation for me,” said Reynolds. “It’s an opportunity to take ownership of projects from the script to final. I enjoy supervising artists in studio settings, and I also enjoy collaborating with directors and other production staff on sets. It’s very exciting to enter a situation that offers both components as part of an exceptional team.”

Educated at the School of Visual Art, Reynolds got his start as a compositor at Spontaneous Combustion. He went on to work as a Flame/Inferno artist at many New York shops. In a key early project, he served as a Nuke finishing compositor on the animated film Ice Age 3 through Blue Sky Studios. His first credit as a compositing supervisor was at Brainstorm Digital on HBO’s Boardwalk Empire, and went on to win an Emmy and two VES Awards for his work on the show.

Reynolds spent nearly four years at FuseFX, New York. As visual effects supervisor and head of 2D, his credits there included The Tick, Madame Secretary, FBI and Pose. For the past several years, he has worked as a freelance VFX supervisor on projects including the STARZ! series Power Book II: Ghost and Power Book III: Raising Kanan, and compositing supervisor on HBO’s Mare of Easttown. 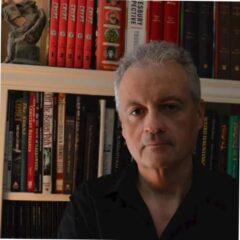 Johnson has decades of experience in the publishing industry and has been involved in multiple aspects of bookselling ranging from store manager, to buyer to publisher. Most recently, Johnson served as President & Founder of Brick Road Media, a publishing consultancy firm. Previously, he served as VP Sales, Marketing & Business Development for Lion Forge Comics, Co-Founder & Co-Publishing Director for Yen Press / Hachette Book Group and VP of Book Trade Sales for DC Comics. He has taught at Drexel University and is currently an Adjunct Professor at Pace University in their Masters Publishing Program. 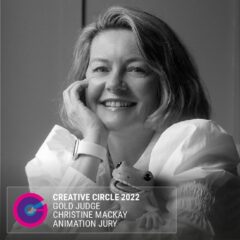 Christine MacKay, CEO and founder of multi-award-winning animation studios, salamandra.uk, was selected as a judge on the Creative Circle 2022 Animation Gold Jury (creativecircle.co.uk), with judging set to take place in June and July, and Creative Circle’s 77th Awards Ceremony in September at Dreamland Margate. MacKay is joined on the Animation Gold Jury by Brad Silby from Framestore, as foreperson, and a cohort of British animation experts.

The Creative Circle is an educational awards body dedicated to creativity in British advertising, and the oldest advertising and marketing awards body in Europe. Their mission is to help promote creative excellence in advertising, while sharing knowledge and experience through educational programs and supporting young creative people. Creative Circle is pledges 10% of all award entry fees and 100% of all membership fees to the Creative Foundation, a charity that supports young, under-represented creatives in need on their pathway to a creative career. Sponsors include Creative Pool, Little Black Book, Creative Equals and the Young Creative Council. 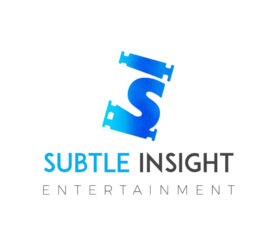 The Inland Empire is home to more than 11% of California’s population and is one of the fastest-growing population areas in the country. But, the center of the entertainment industry is in Los Angeles, where most auditions take place. Simply fighting traffic is just one of the barriers that aspiring actors, musicians, storytellers and film directors from the Inland Empire face.

“As a Black business owner, and as someone who has spent years in the business, I know how difficult it is to break through,” Jones said. “I don’t want others to struggle like I had to, so I am creating a space and opportunity for others who have the same aspirations but not the same access. I am striving to uplift my community through Subtle Insight Entertainment by providing high-quality area talent with local representation.”