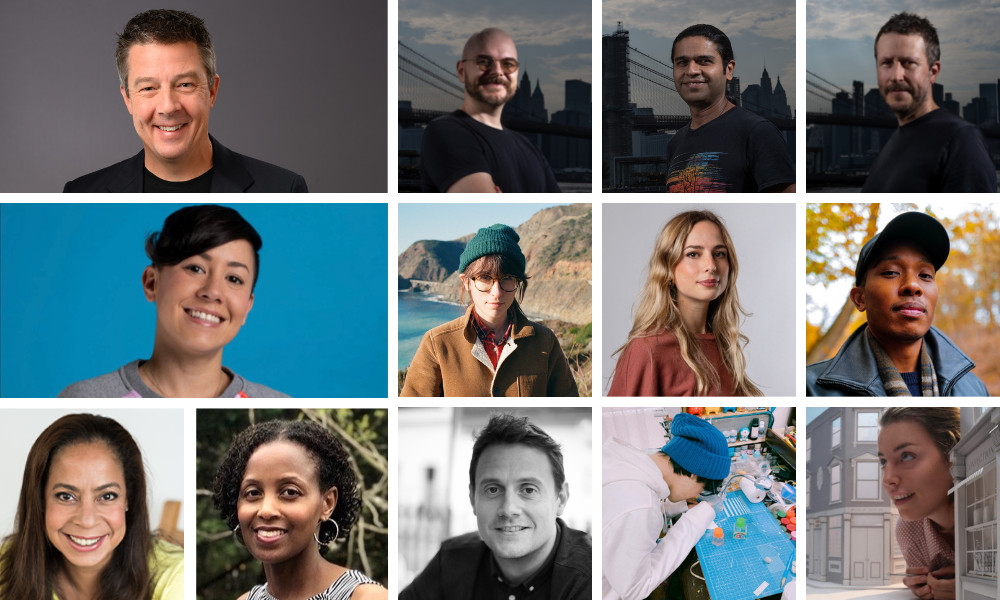 Leading VFX and animation studio DNEG (dneg.com) announced Josh Jaggars as its new Group President, VFX and Stereo. Based out of the Los Angeles studio, Jaggars will lead the global VFX and Stereo Conversion teams for the DNEG Group (DNEG and ReDefine). He will report directly to DNEG Chairman and CEO Namit Malhotra. Jaggars brings more than 25 years of industry experience and expertise to the role. As part of DNEG’s senior executive team, he will oversee the company’s client relationships and its industry-leading team of VFX and Stereo supervisors, leveraging the company’s production and creative strengths to drive new business and further inspire dynamic new VFX approaches that elevate DNEG in the competitive marketplace.

The addition of Jaggars also bolsters DNEG’s leadership position as a modern-day content production powerhouse that is capitalizing on the surge in demand for high-quality VFX and content creation across streaming, feature film, and gaming content. As part of his remit, Jaggars will partner with filmmakers and content creators worldwide, forming and managing content creation partnerships and co-productions.

Jaggars joins DNEG from Legendary Entertainment, where he served as Senior Vice President, Visual Effects and Stereo Production since 2017. In this role, Jaggars’ credits include Dune, Godzilla vs. Kong, Enola Holmes, Godzilla: King of the Monsters and Pokémon Detective Pikachu. Prior to that, he was a VFX Producer at Warner Bros. with acclaimed work on Batman vs. Superman: Dawn of Justice, Justice League and Man of Steel. Additional VFX producer credits include Hancock, 2012 and Fast Five. 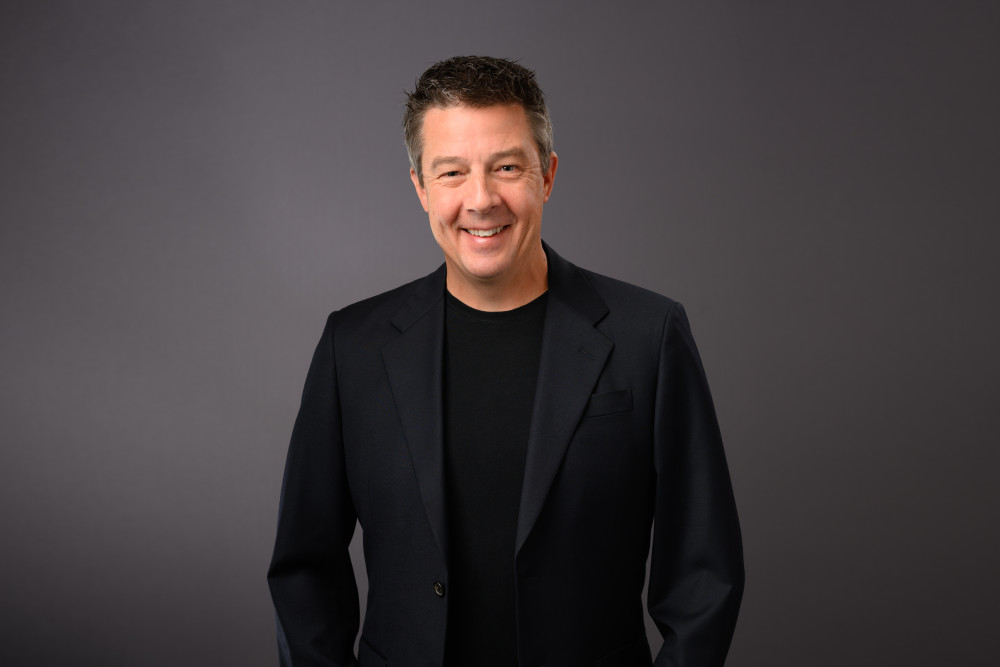 Outpost VFX (outpost-vfx.com) has enhanced its Montreal leadership team with the appointment of VFX producer Jennifer Fairweather as Head of Production. The U.K.-based studio has enjoyed a significant growth period, expanding its crew to 300 people worldwide. The Montreal facility has recently provided VFX for Foundation, Project Power and Star Trek: Discovery, and is currently working on a variety of productions including Slumberland and Outer Range.

Alongside Managing Director Becca Scott, Fairweather will work closely with production leads across North America, the U.K. and Asia to harmonise global production workflows and will support Outpost’s artist teams in Montreal as they deliver across a large body of film and episodic projects throughout the rest of this year and into 2022. Her other areas of focus will include supporting the development of Outpost’s training infrastructure and proprietary production software.

Well-known in the visual effects sector, Fairweather joins from DNEG, where she most recently produced Denis Villeneuve’s acclaimed remake of Dune and oversaw Apple TV+’s sci-fi epic Foundation as Executive Producer. She brings with her 15 years’ experience across various roles in the industry. “I was attracted to Outpost by the calibre of crew and the rare opportunity to join a newer studio beginning to firmly establish itself as a top-tier facility. The management team they’ve built in Montreal features some of the most extraordinary talent in the region,” said Fairweather. “By making a conscious effort to cultivate an inclusive environment where everyone feels heard, we can hold each other accountable to pursue a unique culture while making high quality, beautiful pictures.” 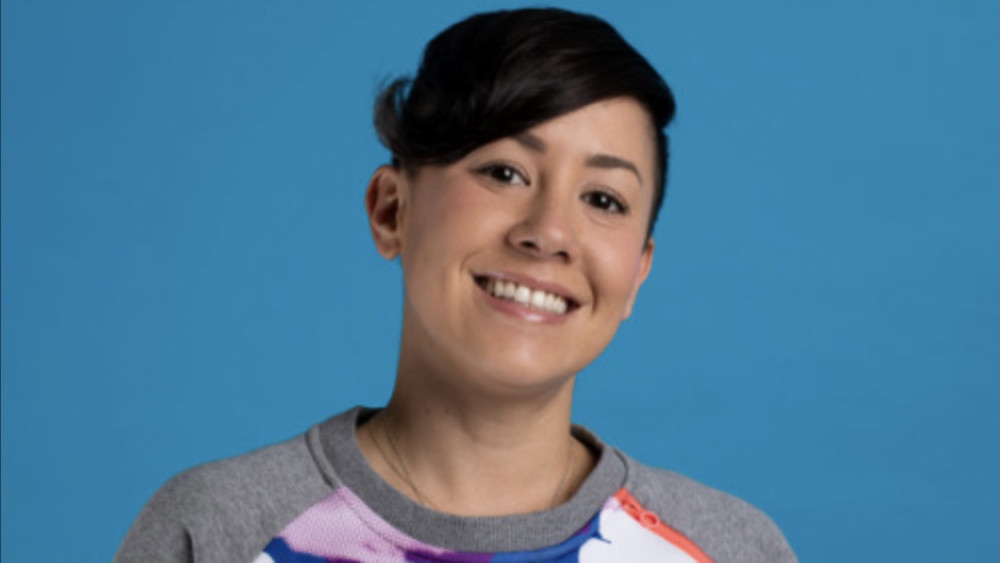 After five years of creating her Emmy- and GLAAD-nominated original series Summer Camp Island (HBO Max), award-winning British director Julia Pott has rejoined Hornet‘s roster of talent (hellohornet.com). The animator is hoping to bring her “wonky” artistic touch to short form and beyond — from brand installations to textile collabs. “Ideally, I love working with socially-conscious companies or companies focused on sustainability. I would love to work in the fashion and textile space, and I’m deeply keen to have my work turned into a knitted pattern,” said Pott.

Pott’s films have screened at festivals worldwide including Sundance, SXSW, Telluride, Ottawa and Annecy. In addition to being creator and executive producer of Summer Camp Island, she’s also an ADC Young Gun and was named one of the 25 new faces of film by Filmmaker Magazine. She has created commercial work for clients including Channel 4, Toyota, Oreo, J. Crew, Hermes, Madewell, Rachel Antonoff, MTV, Cartoon Network, Bat for Lashes and Glamour. 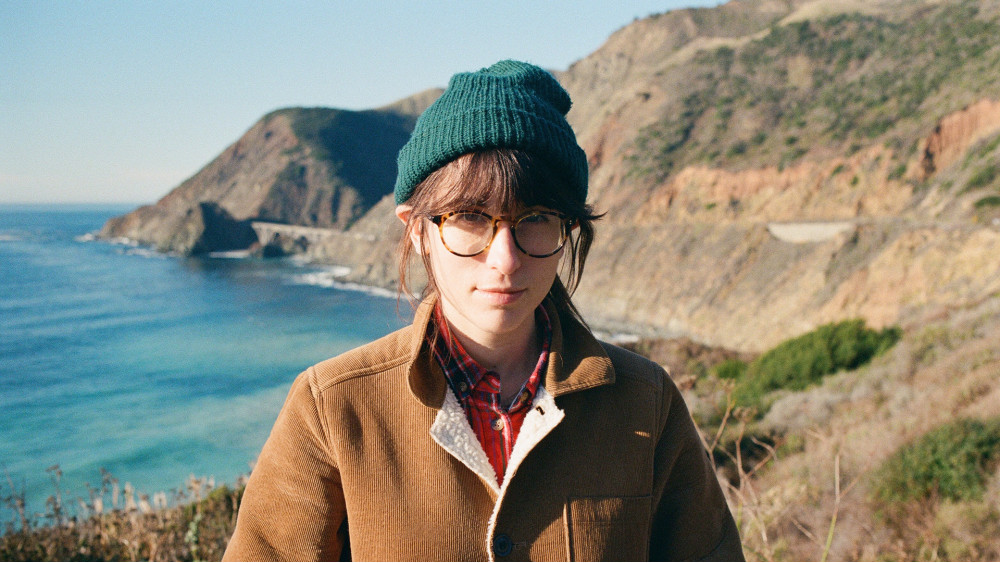 Rascal Post (www.rascalpost.com) announced that acclaimed colorist James Bamford has joined the team as Creative Director. He comes on board following an exciting year for Rascal, who will be opening a third studio in Old Street —  alongside offices in Kings Cross and Stockholm —  to service their growing list of clients.

Bamford joins Rascal Post from an 18-year tenure at The Mill London, having been appointed Head of Color in 2020. The highly regarded artist blends this wealth of industry experience with exceptional technical skills and a drive to push the boundaries of the craft, and has worked with top directors including Matthew Vaughn, Oscar Hudson, Taika Waititi, and Nicolai Fuglsig. His portfolio includes Volvo’s ‘Epic Split’, John Lewis’ ‘The Man on the Moon’ and Coca Cola’s 2020 Christmas ad ‘The Letter’; collaborations with PlayStation, Amazon, Guinness and Sipsmith; and music videos for Little Mix, Metronomy, Khruangbin and Hozier. His work has been recognized at multiple award shows including the Creative Circle, Kinsale Sharks and British Arrows. 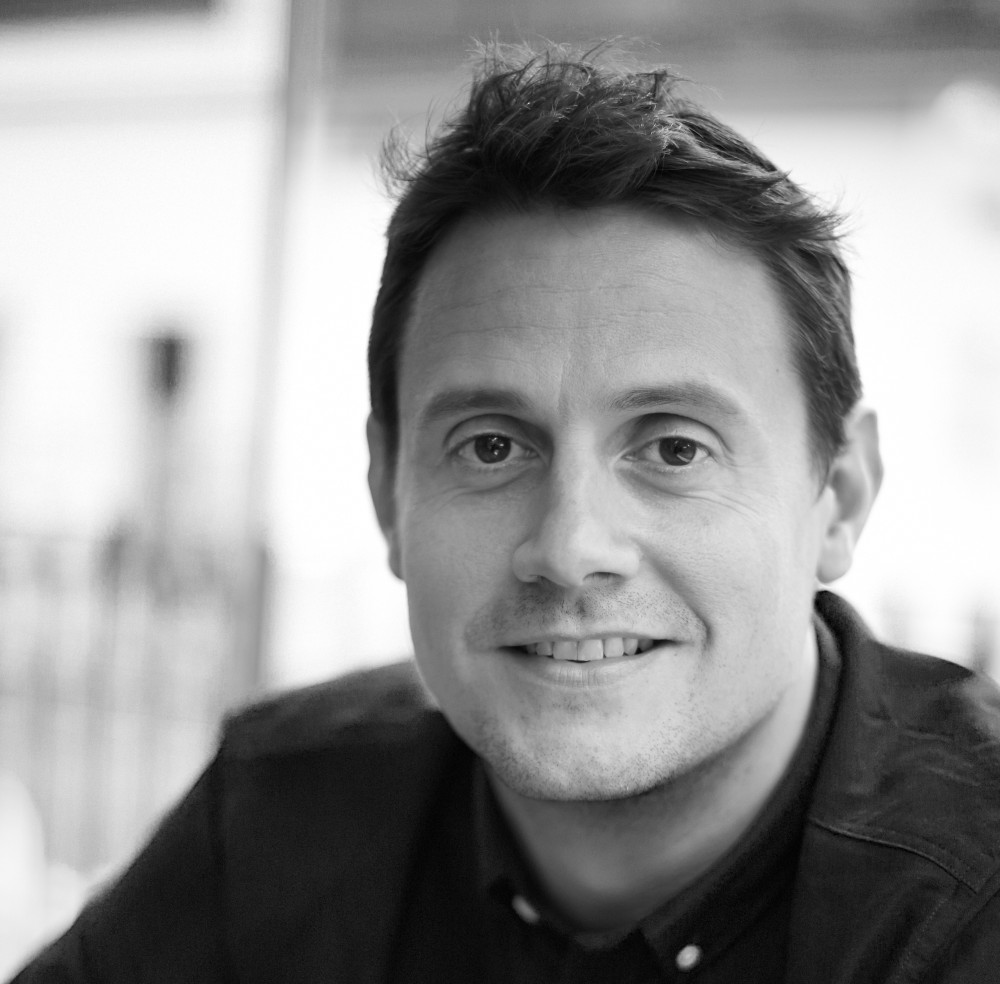 PBS (pbs.org) announced today that Lori Brittain has been promoted to serve as Vice President of Learning Media. In this role, Brittain will lead PBS’s education strategy and expand the reach of public media content through the PBS LearningMedia platform. The pubcaster further announced that media pro and journalist Adaora Udoji is joining the General Audience Programming team as Vice President of Programming & Operations, with a focus on business, operation, management and strategy around news, public affairs and indie films (effective Nov. 15). Both executives will report directly to  PBS Chief Programming Executive Sylvia Bugg

Now in its 10th year, PBS Learning Media served as a critically important resource during the COVID-19 pandemic, offering tens of thousands of contextualized learning resources aligned to state and national standards; the free service currently receives 1.5 million unique visitors each month. As the VP, Brittain will manage the development of innovative content, products and services for educators and students that build on PBS’s reputation as a trusted educational brand. She will also lead efforts to extend the platform’s impact and reach by collaborating with educator communities, member stations and national partners to support students, teachers and parents across the country.

Brittain has served as the interim head of education since September and will take on the responsibility full-time beginning today. Prior, she served as Senior Director of Business Operations for PBS Children’s Media & Entertainment, where she directed operational aspects of PBS LearningMedia including strategic planning and implementation, management of revenue generating activities, process management, financials, analytics and special projects. She has also held previous titles including Director of Grants Management and Senior Grants Manager for PBS Interactive. Brittain began her career at the National Crime Prevention Council, where she directed programming for violence prevention and law-related education programs for school-age youth. She serves on the Advisory Council for Go, Grow, be and holds a Bachelor of Science from George Washington University.

Most recently, Udoji led a corporate innovation and venture program team at RLab, which focused on emerging technologies such as virtual reality, augmented reality, artificial intelligence and related emerging technologies. Previously, she ran the media-tech startup News Deeply and worked in venture capital. As a journalist, she has covered some of the most impactful moments in modern history — from the Iraq War to Hurricane Katrina — for outlets such as ABC News and CNN. She previously served as the co-host of New York Public Radio and PRI’s The Takeaway, and has produced several award-winning immersive experiences, short films and documentaries including Girl Talk and Yemi’s Wedding. Udoji is an adjunct professor at NYU  Tisch School of the Arts Interactive Telecommunications Program, and serves on the board of Sundance Institute’s IDP, Artizen Board of Directors, the Broadway Accelerator and the New Museum Board of Advisors. She holds a Bachelor of Literature, Science and Art from the University of Michigan and a Juris Doctor from UCLA School of Law. 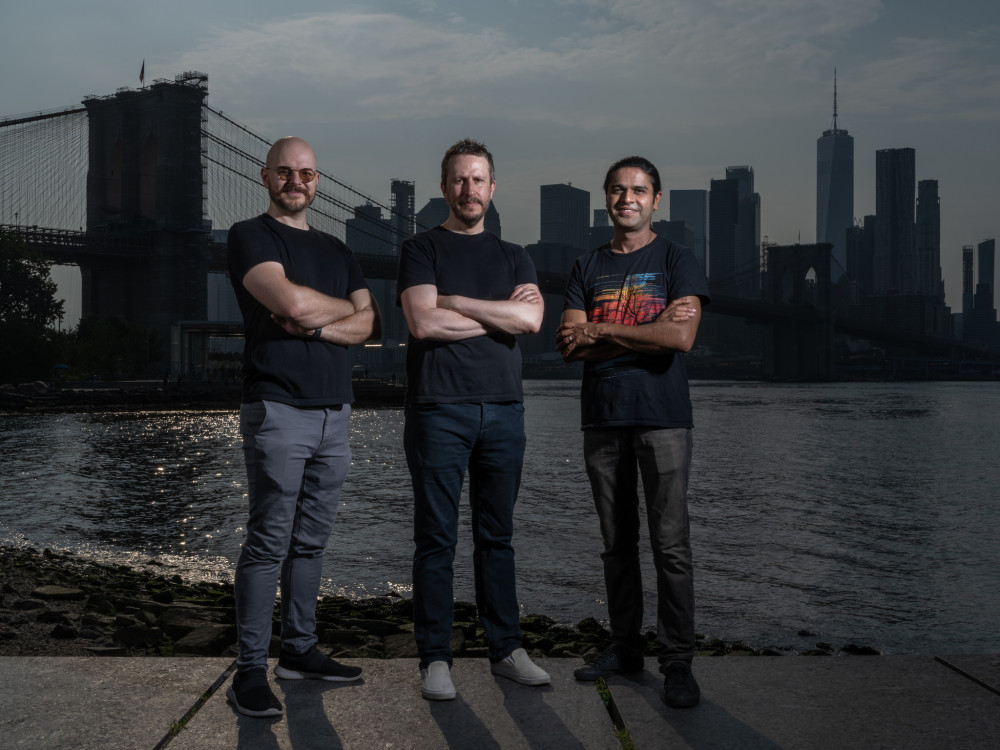 A diverse group of 32 talented creatives in 14 countries and regions have been named winners in the prestigious Young Guns 19 competition, celebrating creative professionals aged 30 or younger. A program of The One Club for Creativity (oneclub.org), the world’s foremost non-profit organization recognizing creative excellence in advertising and design, Young Guns is the industry’s only global, cross-disciplinary, portfolio-based awards competition that identifies and celebrates today’s vanguard of young creatives. This year’s entries were received from 38 countries, and judged by a diverse jury of 88 top creatives, nearly half of whom are past YG winners. This edition’s Animation honorees are: 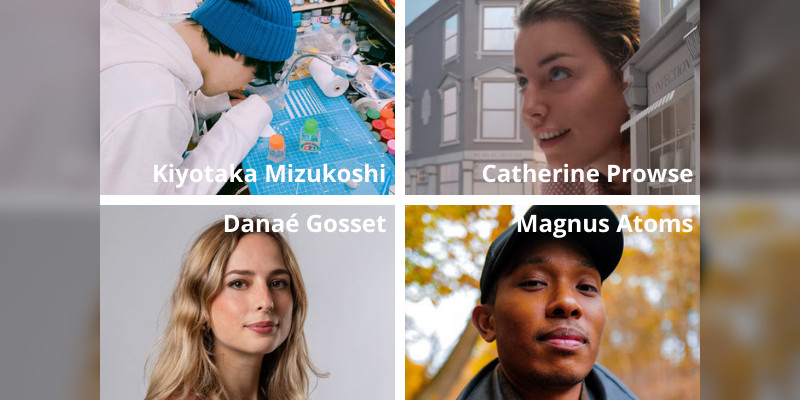