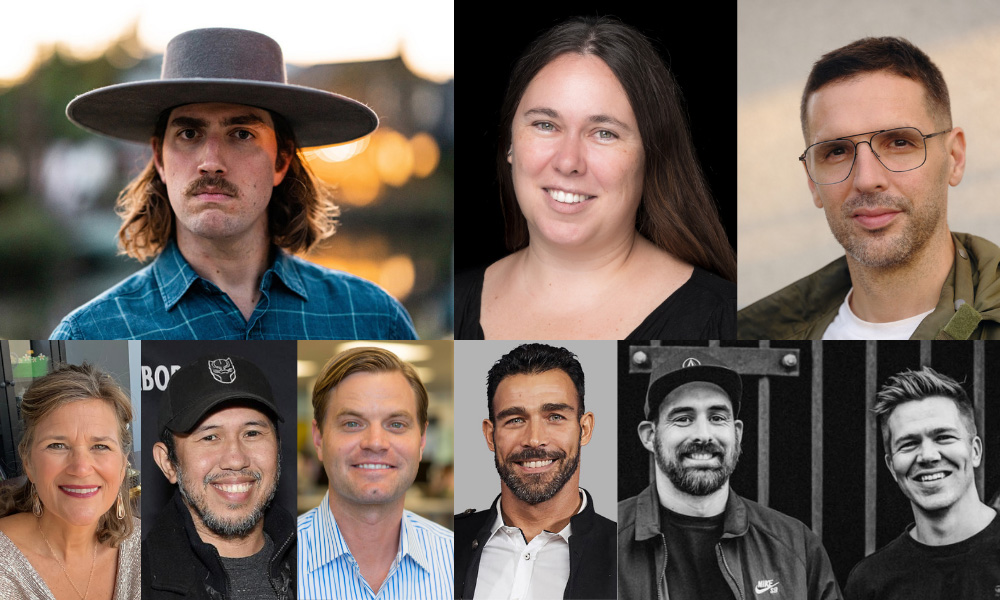 A Philadelphia native and graduate of Loyola Marymount University’s Film Program, where he spent three semesters in the Disney ABC Internship program, Cikowski entered the television industry as an assistant to Aaron Kaplan. He joined the studio as an assistant in the 20th Century Fox Television comedy division and was soon chosen to work directly under studio President Jonnie Davis. Cikowski left 20th to work as a coordinator under film/TV director McG, rejoining 20th Television Animation under Marci Proietto as a manager and receiving two promotions prior to being named VP. 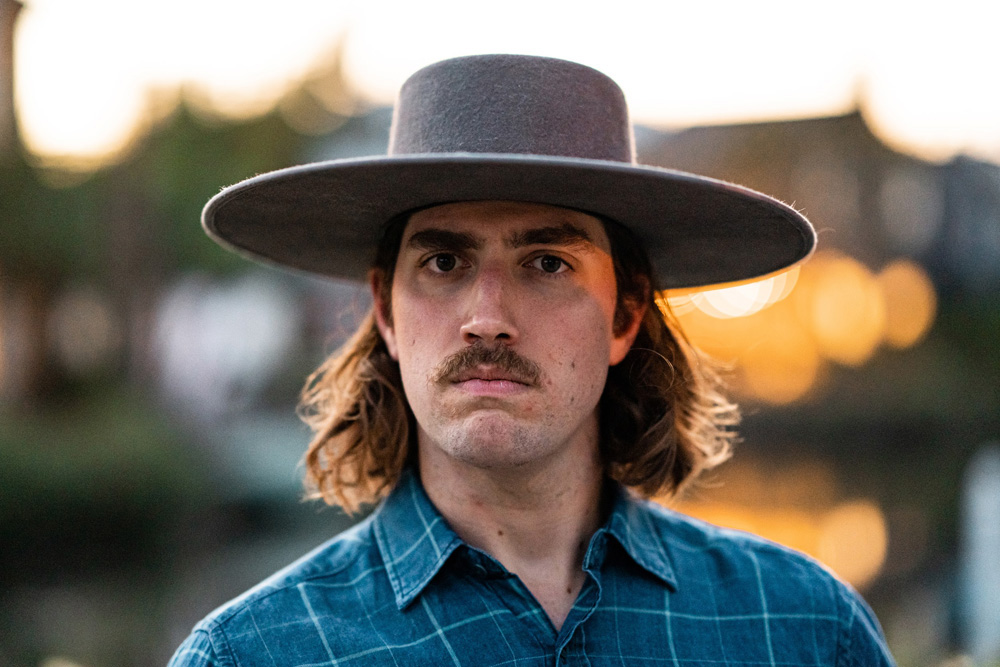 Veronica Orvalho, Founder of Portuguese digital human startup Didimo (www.didimo.co), has been named among the 21 finalists for the EU Prize for Women Innovators from a pool of more than 260 candidates by the European Innovation Council. The winners will be announced at the EIC Summit in Brussels, Nov. 24 & 25. Orvalho holds a degree in Software Engineering from the University of Belgrano, a Master’s degree in Video Game Development from Universitat Pompeu Fabra and completed her Ph.D. in Computer Science at the University of Catalonia.

Hailing from Argentina, 44-year-old Orvalho has been dedicated to the study of computer vision, computer graphics and facial communication for more than 18 years. A professor at the University of Porto and attentive to the opportunities that the digital world brings, the entrepreneur believes that knowledge must be shared and that education is the greatest weapon to fight poverty. For this reason, she developed the unique technology for “didimos,” believing digital humans, can contribute to a connection of cultures and knowledge sharing, creating a better human experience in the digital world.

“The future of work is digital, and it is important to share the best examples of what we do to inspire new generations to follow us and to aim to do more and better with new technologies. I believe that the education of a young person is only complete with the complementarity between the academic aspect and professional experience, and I am happy that there are initiatives that demonstrate the importance of going further and innovating in everything we do. Being part of this list is, more than anything, a motivation to continue to grow as a professional and to inspire others to strive for breakthroughs that help people. It is an honor to share this with more women in the technology sector and I think that young women who dream of working in this area will look at these examples as an impulse to join and help,” commented Orvalho.

Over the past few years, Didimo has been developing its innovative technology to create 3D avatars from a simple selfie in 90 seconds. Didimo also promotes the Paper Wings initiative (pt.paperwings.co), whose motto is “Learn, Share and Build,” annually financing scholarships for university students and summer internships in startups in Portugal, accompanied by mentoring by their founders, creating a link between the academic and business universes and proposing a more practical and complete teaching experience for students. 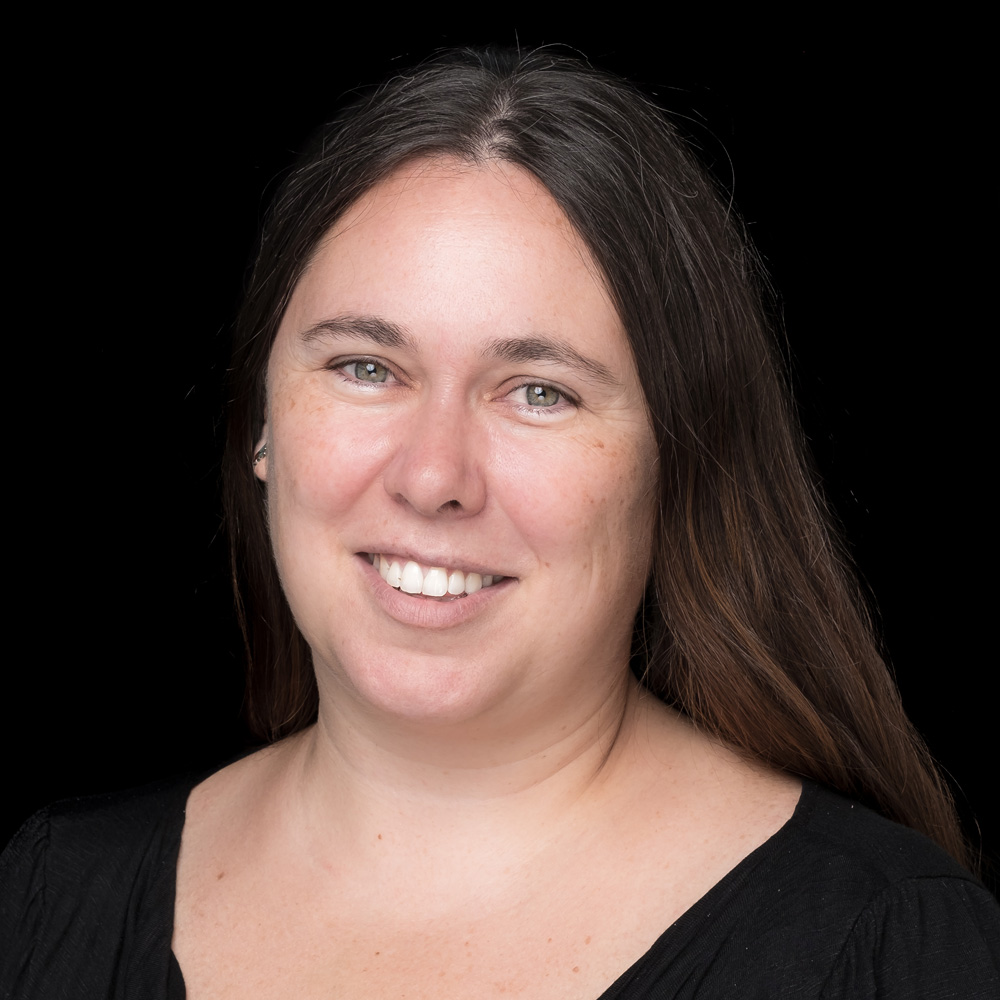 Francisco most recently served as a Senior Visual Development Artist at Marvel Studios, where he worked for nine years designing some of the world’s most beloved characters and elements for the Marvel Cinematic Universe, from Baby Groot to Loki to the Dora Milaje (female warriors of Black Panther). His work has been featured in Guardians of the Galaxy Volumes 1, 2 and 3, Captain Marvel, Avengers: Infinity War, Avengers: Endgame, Antman, Antman and the Wasp, Black Panther and Doctor Strange. His designs, concepts and creations will be featured in the highly anticipated Eternals (November 5) as well as upcoming films Black Panther 2, Ant-Man and the Wasp: Quantumania, Thor: Love and Thunder and Captain Marvel 2.

“NFTs are such an exciting new world for any visual artist,” said Francisco. “I’m very excited and grateful for the opportunity to establish a creative role that doesn’t already exist inside Dolphin Entertainment. The ideas are endlessly flowing and it’s thrilling for a designer like myself to feel that anything is possible. I can’t wait to share what we’ve been working on with the world.”

Prior to joining Marvel, Francisco served as a Senior Concept Artist at Rhythm & Hues, contributing to movies such as R.I.P.D., Seventh Son, Percy Jackson: Sea of Monsters, The Hunger Games and Snow White and the Huntsman. In January of 2019, he published his first book called Anthony Francisco Art Vol. 1: Uber Monsters, which includes numerous creature designs and renderings. 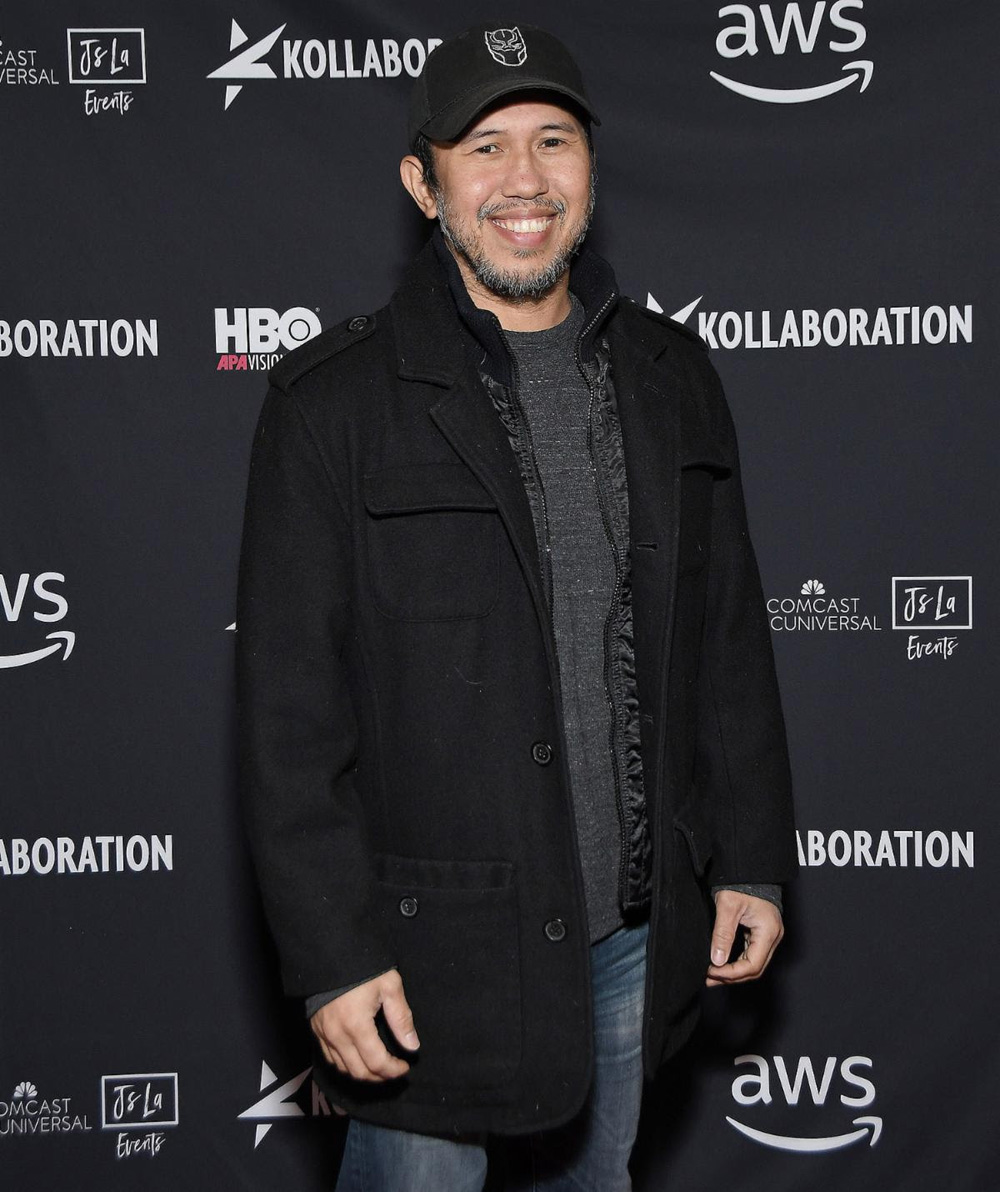 Unbound by medium or platform, Mike&Payne are able to create seamlessly across 3D, 2D and a hybrid of live action and animation. Brought up on a filmic diet of science fiction and anime films, their work is driven by a fascination with imaginative, fantastical and cinematic storytelling. The pari has applied a meticulous eye for detail and penchant for explosive visuals to works for clients including Riot Games, Adidas, Nike, SKII, Honda and Spotify. Their work has been featured in Vimeo Staff Picks, Stash and Promo News and has won Gold and Silver Promax awards. (nexusstudios.com/talent/mike-payne) 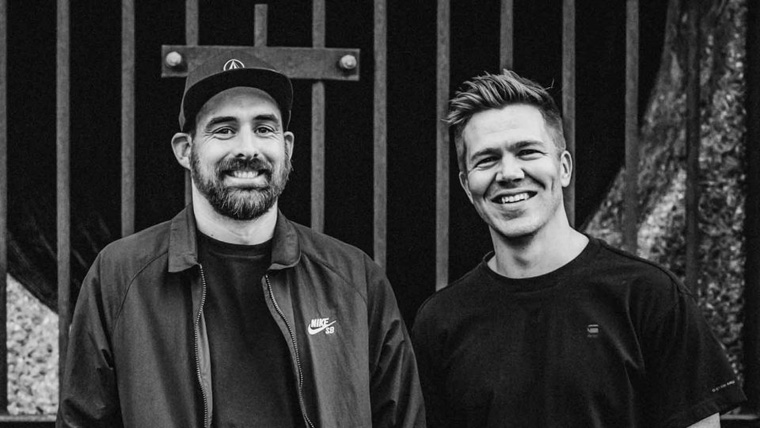 Following an international journey in visual effects taking him from Spain to Australia and back again, Javier Roca is now joining the Montreal team of Rodeo FX (rodeofx.com) as VFX Supervisor. The full-service studio was recently nominated for three Emmy Awards for its work on Lovecraft Country, WandaVision and The Falcon and the Winter Soldier. Employing nearly 600 artists across its Montreal, Quebec, L.A. and Munich locations, Reel FX’s notable credits also include Oscar winner Blade Runner 2049, VES Award winners Stranger Things S3 and Jack Ryan, and three-time Emmy winner Game of Thrones.

Roca has worked with some of the biggest directors in the industry, such as Steven Spielberg and Luc Besson, and has contributed to many award-winning projects including X-Men: Days of Future Past (2014), The Martian (2015) and Jurassic World (2015). After studying and directing films, he forayed into camera work and editing before returning to school to complete a Master’s in fine arts specializing in post-production. Since then, Roca has traveled the world to work on movies and shows with ILM, MPC and Weta Digital. He is known for recreating the destructive tsunami in 2012 VES-winning movie The Impossible, and was involved in the Emmy-nominated Game of Thrones S8 and The Mandalorian S1. 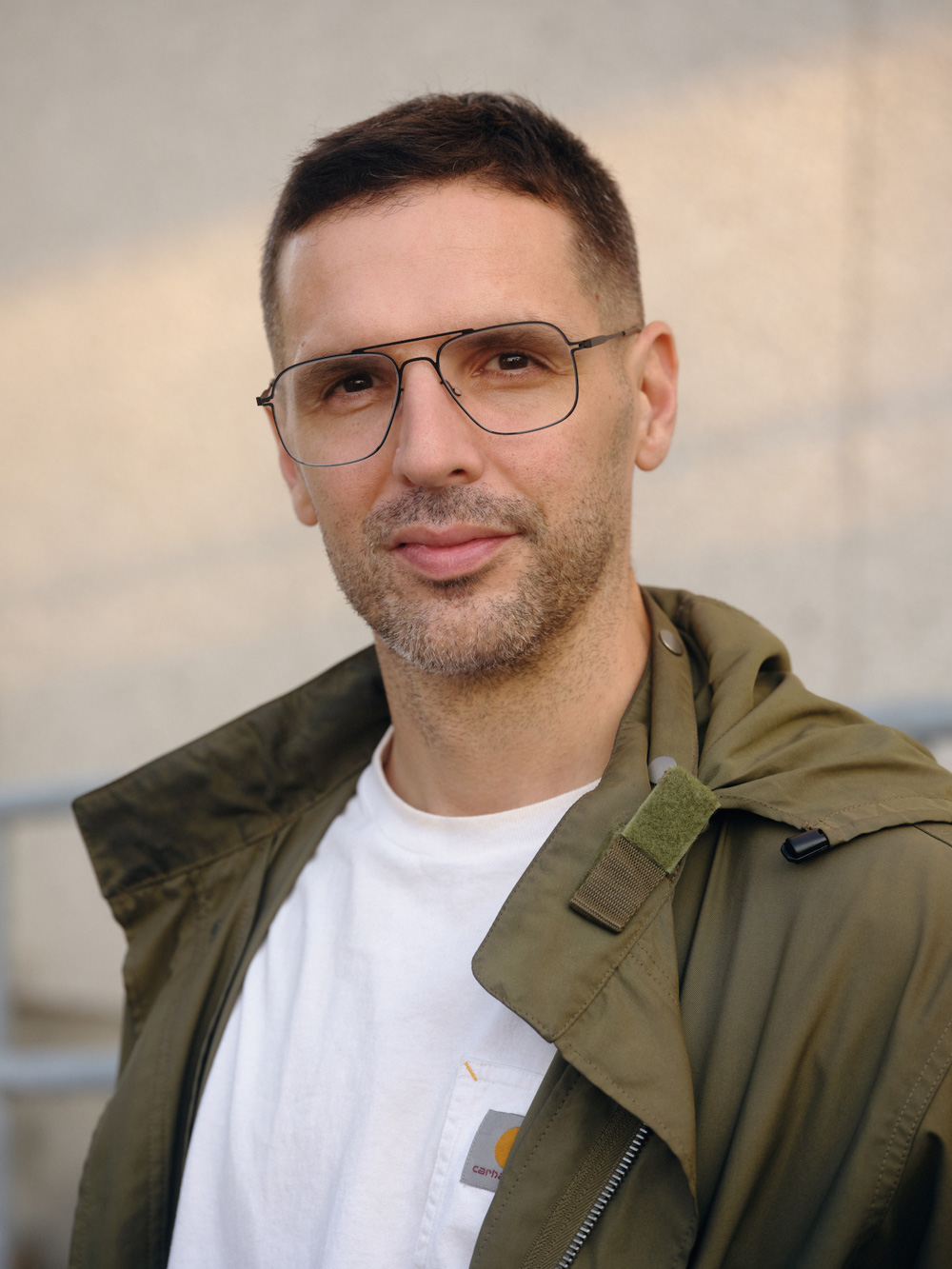 Breckenridge has held positions at iconic Silicon Valley companies like Salesforce.com, Linkedin, Box and Zillow, and is an advisor to Verb, Inc. He currently leads Snyk’s impact agenda generating social, environmental, and business returns for Snky’s stakeholders. The executive team at Sequin is excited to lean into Breckenridge’s expertise to help the company fulfill its positive social impact aspirations and potential. “Empowering AR professionals to collaborate efficiently and cost effectively will be a key industry accelerator,” he noted in the announcement. 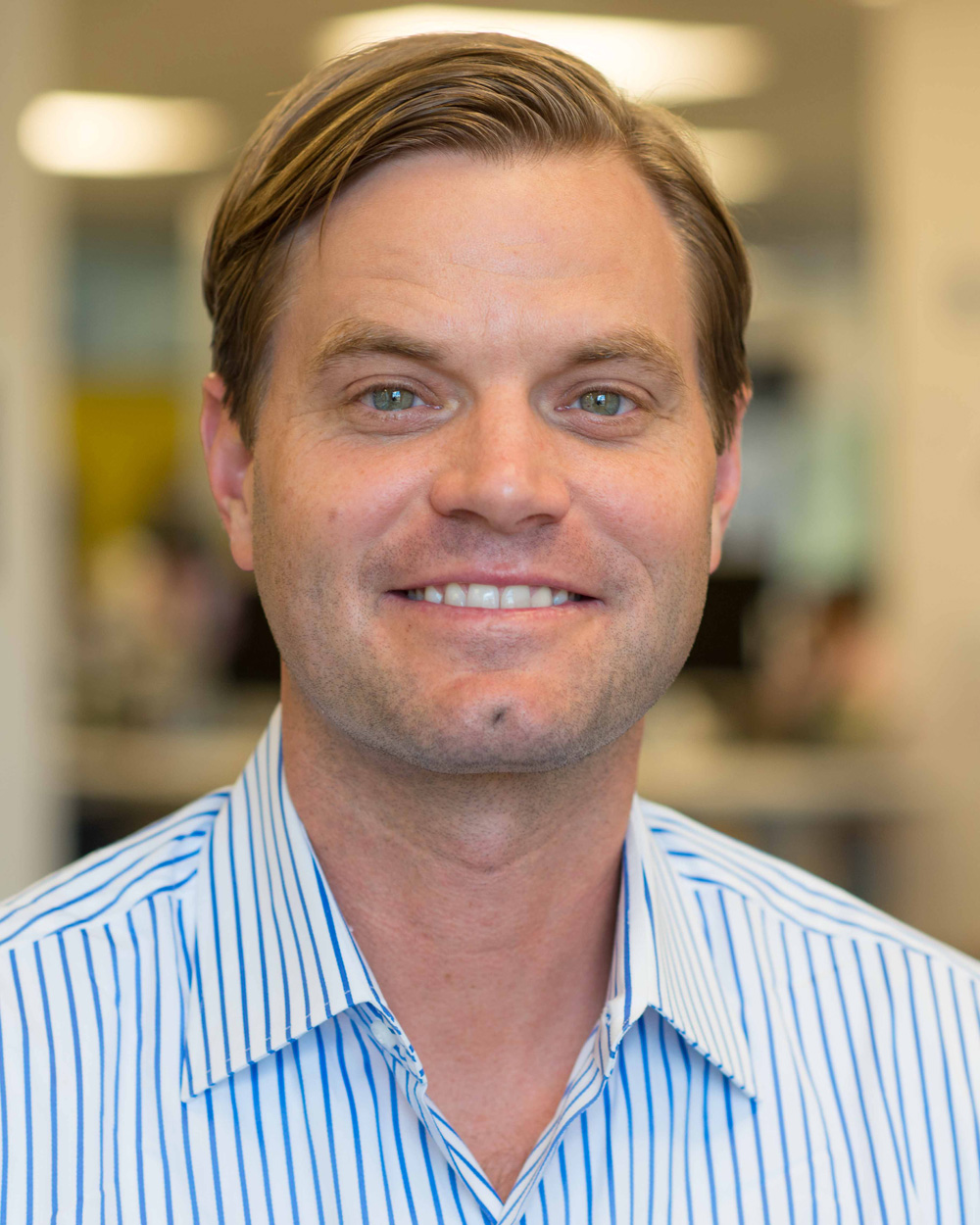 Award-winning global experience design company Imagination (imagination.com) has appointed Cyril De Baecque as Production Director of Digital Content in its Sydney office. This appointment is part of the company’s strategic goal to pursue premium content, capitalizing on the shift to digital content since COVID. De Baecque will report to Imagination Australia’s Managing Director, Antony Gowthorp, and will be responsible for driving growth and establishing Imagination as a center of excellence for premium content production, working with clients globally with a particular focus on key Australian clients AWS and Telstra.

De Baecque has a wealth of experience in the experience sector, initially working on live production TV commercials and feature films in Paris before moving to Australia, where he joined Spinifex Group, working his way up to become its Managing Director. He joins Imagination from Sydney experiential agency VANDAL, where as Executive Producer he worked on global projects including world-class TV automotive commercials and feature films. 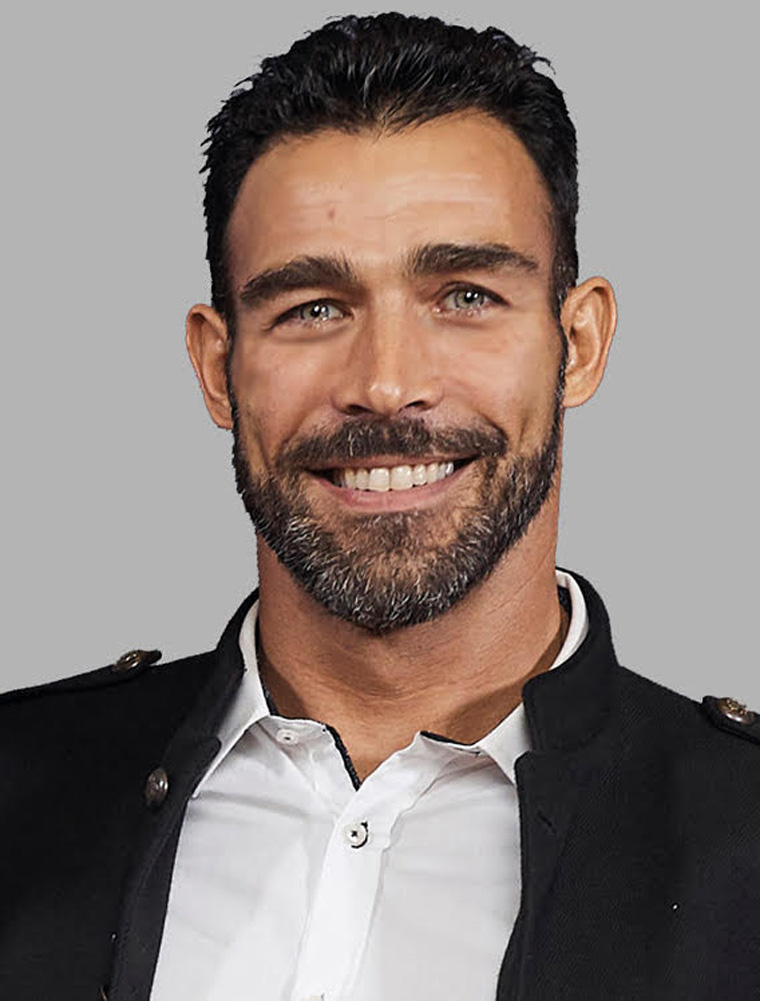 SMPTE (smpte.org), the home of media professionals, technologists and engineers, announced that Barbara Lange will step down as the Society’s executive director at the close of 2021, which marks the end of her current contract. Lange has served in this role for 12 years, guiding SMPTE through a dynamic period of growth, extending the Society’s leadership as a global standards organization, and working closely with staff, volunteers, members, and the SMPTE Board of Governors to make SMPTE a more inclusive organization that brings value to individuals and organizations across the media and entertainment industry. Lange will be engaged in the transition of leadership to her successor.

A short list of achievements during Lange’s tenure includes the creation and institution of a new, more comprehensive three-year strategic business plan process; reimagination of the SMPTE brand and the Society’s web presence; the launch of the SMPTE Digital Library; completion of a successful capital fundraising campaign and celebration of the Society’s centenary; publication of more than 200 engineering documents including groundbreaking standards such as SMPTE ST 2110, SMPTE ST 2067 (IMF), and SMPTE ST 2084 (HDR); production of the first virtual presentation of the Society’s annual technical conference; successful navigation of the pandemic through the acquisition of government support and loan forgiveness; and the launch of the innovative Rapid Industry Solutions (RIS) program.

“Of all that SMPTE has achieved during my tenure, I’m most proud of how we’ve transformed the Society into a modern organization that remains very relevant 105 years after its founding … Living through this pandemic, it really makes you think about your life. As I neared the end of my SMPTE contract, I realized I am now ready to discover the next steps of my career,” commented Lange. “I am passionate and interested in several new directions. From working to increase the diversity in technology, particularly girls taking up STEM fields, to studying the growing concerns around sustainability in media tech, there are plenty of areas to focus my attention and offer my skills. While I will miss working daily with my SMPTE family, and particularly the home office team in White Plains, I look forward to new opportunities ahead.” 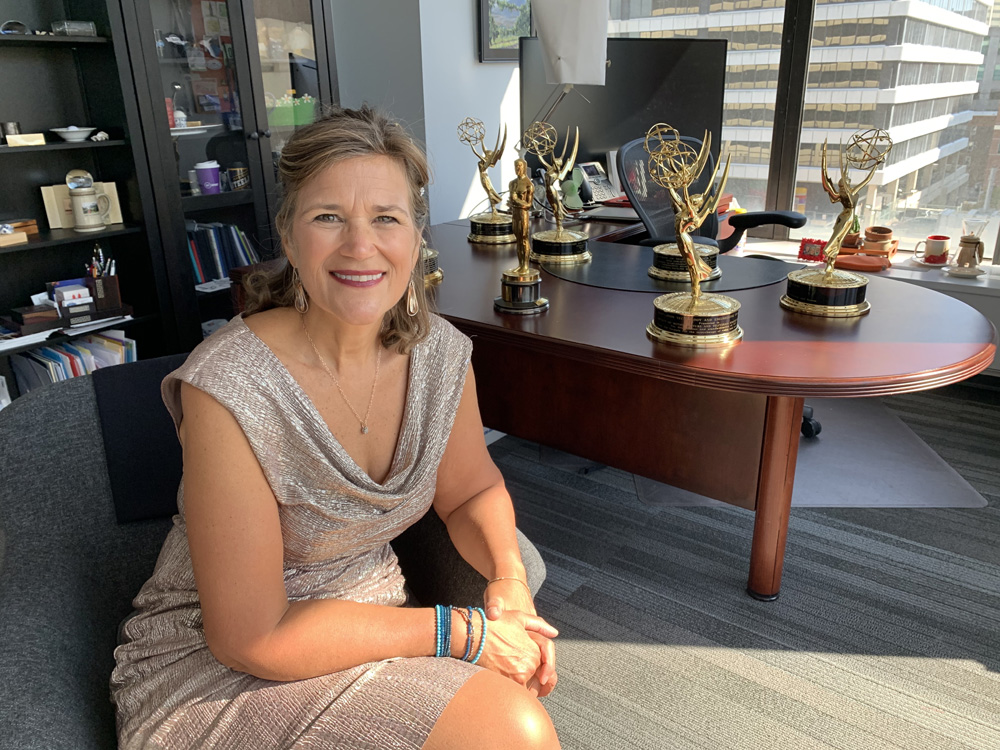