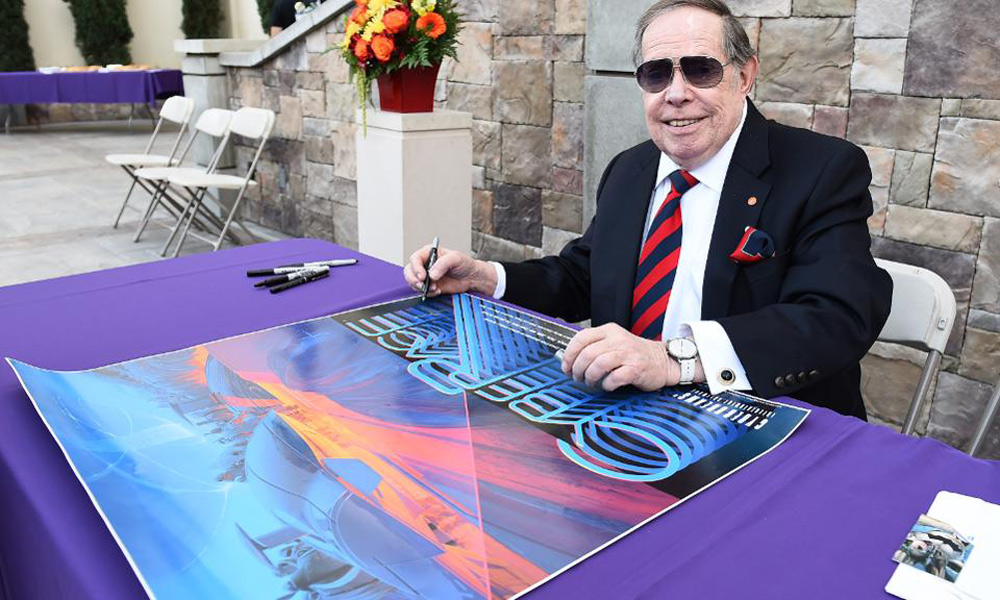 Syd Mead, influential conceptual artist and designer whose works made up the aesthetic framework of iconic films like Tron, Blade Runner and Alien, died December 30 at age 86. Mead’s husband and business partner, Roger Servick, told The Hollywood Reporter that the visionary artist died at their home in Pasadena, having lived with lymphoma for three years.

Born in St. Paul, Minnesota in 1933, Mead began drawing at a young age, and was drawn into the world of science fiction through pulp magazines such as Buck Rogers and Flash Gordon. After graduating from high school in Colorado Springs, Colorado, Mead served in the U.S. Army for three years and then enrolled at the Art Center School in Los Angeles (now Art Center College of Design, Pasadena).

Upon graduating in 1959, Mead was recruited as an industrial designer at Ford Motor Co.’s Advanced Styling Studio, relocating to Detroit. He left after two years to illustrate books and industrial catalogs before launching his own company in 1970. Through the next two decades, Mead travelled between the U.S. and Europe, designing and illustrating for clients like Philips Electronics, Sony, Bandai and Honda, as well as creating architectural renderings for Intercontinental Hotels and others.

Mead has been named the winner of the 2020 William Cameron Menzies Award from the Art Directors Guild (having previously shared the Excellence in Production Design honor for Blade Runner 2049 as well as being nominated for Elysium). He would have accepted the award during a ceremony February 1. Mead was also the recipient of the Visual Effects Society Visionary Award in 2016, as well as an Honorary Award from Sitges in 2007. He announced his retirement in September 2019 after a six-decade career.

Mead is survived by Servick, by his sister, Peggy, and several nieces and nephews.

Something to Say About Danny Aiello
Hasbro Completes $3.8B eOne Acquisition