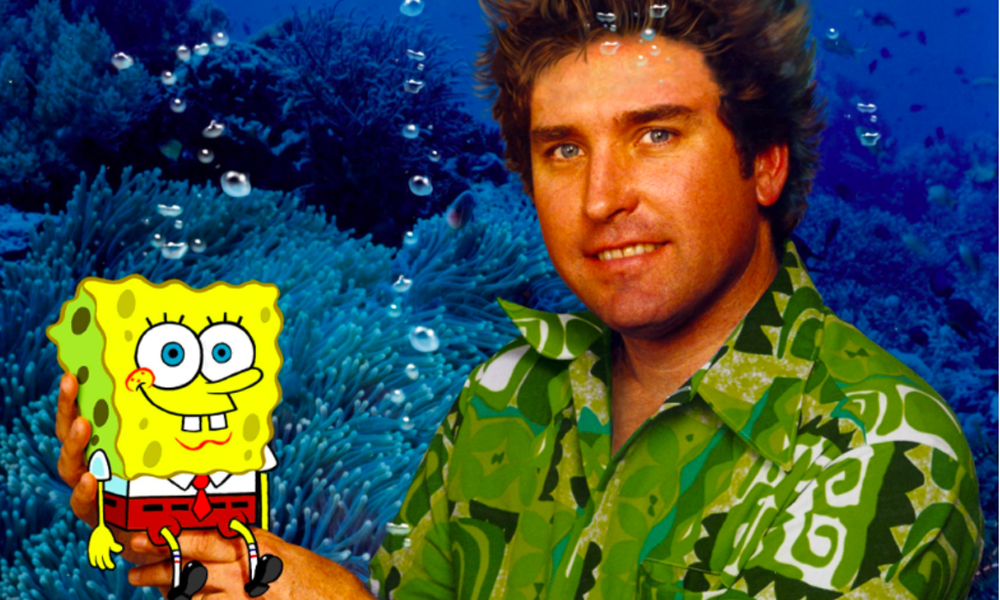 Stephen Hillenburg, the brilliant creator of Nickelodeon’s hugely popular animated series SpongeBob SquarePants, died on Monday at age 57. The cause of death was ALS, which he was diagnosed with in March of 2017.

“We are incredibly saddened by the news that Steve Hillenburg has passed away following a battle with ALS,” Nickelodeon said in a statement. “He was a beloved friend and long-time creative partner to everyone at Nickelodeon, and our hearts go out to his entire family. Steve imbued SpongeBob SquarePants with a unique sense of humor and innocence that has brought joy to generations of kids and families everywhere. His utterly original characters and the world of Bikini Bottom will long stand as a reminder of the value of optimism, friendship and the limitless power of imagination.”

After studying marine resources at Humboldt State University, Hillenburg became a marine biology teacher at the Orange County Marine Institute (now the Ocean Institute) in Dana Point, California. He studied Experimental Animation at Cal Arts in 1987 and received his Master Fine Arts in 1992. He won the award for Best Animated Concept at the Ottawa International Animation Festival for his animated short Wormholes. He worked as writer and director on Nickelodeon’s Rocko’s Modern Life from 1993 to 1996.

Hillenburg’s interest in marine biology led him to creating SpongeBob and the denizens of Bikini Boom. To prepare for the pitch, he spent weeks creating a tiny version of the Bikini Bottom set complete with little models of the characters, all inside a large aquarium he covered with a sheet and wheeled into the meeting room, as Hawaiian music played in the background. As the story goes, after only a few minutes, the executives greenlit the show. According to then president Nickelodeon Cyma Zarghami, “their immediate reaction was to see it again, both because they liked it and it was unlike anything they’d ever seen before”.

The first episode of SpongeBob SquarePants debuted on Nickelodeon on May 1, 1999 and the show began its official run on July 17 of that year. One of the most successful animated series of all time, it has aired nearly 250 episodes to date. It has won Emmy Awards, Annie Awards, and ASACP Awards and has been dubbed or subtitled in more than 60 languages. Earlier this year, Hillenberg received the special Winsor McCay Award at the Annie Awards.

Hillenburg went on to write, produce and direct the 2004 feature The SpongeBob SquarePants Movie, which made over over $140 million worldwide. He also wrote the story for and was the executive producer of the 2015 sequel, The SpongeBob Movie: Sponge Out of Water. Paramount is planning a third movie titled It’s a Wonderful Sponge, slated for 2020, which explores the origins of the beloved character.

“I wanted to do a show about a character that was an innocent, and so I focused on a sea sponge because it’s a funny animal, a strange one, I thought he was a funny, nerdy, squeaky-clean square,” Hillenburg said in a 2001 interview.” It finally dawned on me that if I was going to do my own show, all those things I lectured about and obsessed about would make for an interesting world.”

“I think we all thought the show would be good, but I didn’t ever assume it would catch on in a mass audience sort of way, that’s unexpected, and we’re flattered and relieved,” Hillenburg noted. “Our characters act silly, even totally ridiculous at times, and most of our jokes don’t come out of pop cultural references, he added. It seems like we’re aiming at a child audience, but everyone can laugh at the basic human traits that are funny. It’s playful, the humor is playful, the world is playful. You can kind of let go.”

Tom Kenny, the beloved actor who voices SpongeBob, praised Hillenburg in April, during his speech  at the Daytime Emmy Awards. “SpongeBob’s vocal cords might be mine, but SpongeBob’s playful spirit of gentle anarchy, his humor and the joy he takes in his vibrant, colorful, music-filled world come directly — directly — 100% from my buddy, Mr. Stephen Hillenburg,” Kenny said as Hillenburg arrived on the stage to accept the award for outstanding children’s animated program.

You can watch Tom Kenny, the voice of SpongeBob, present the special Winsor McCay award to Hillenburg at this year’s Annie Awards here: 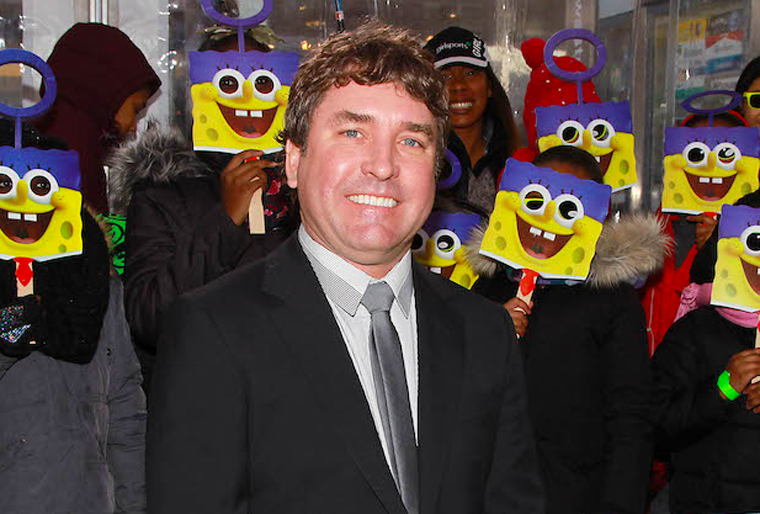 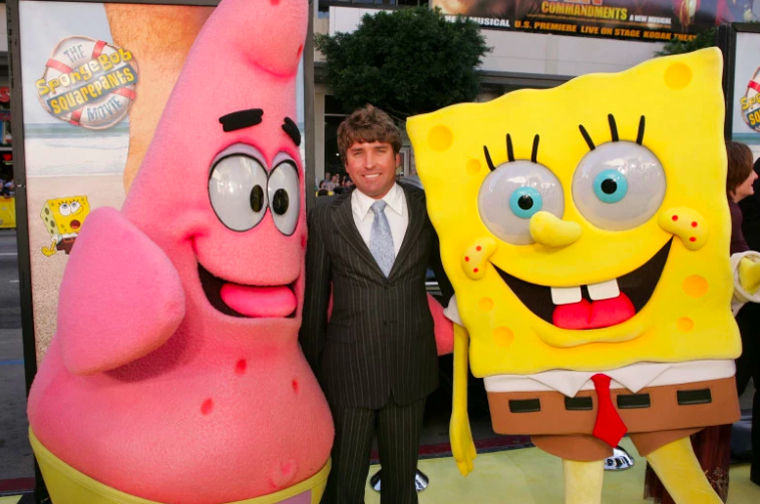