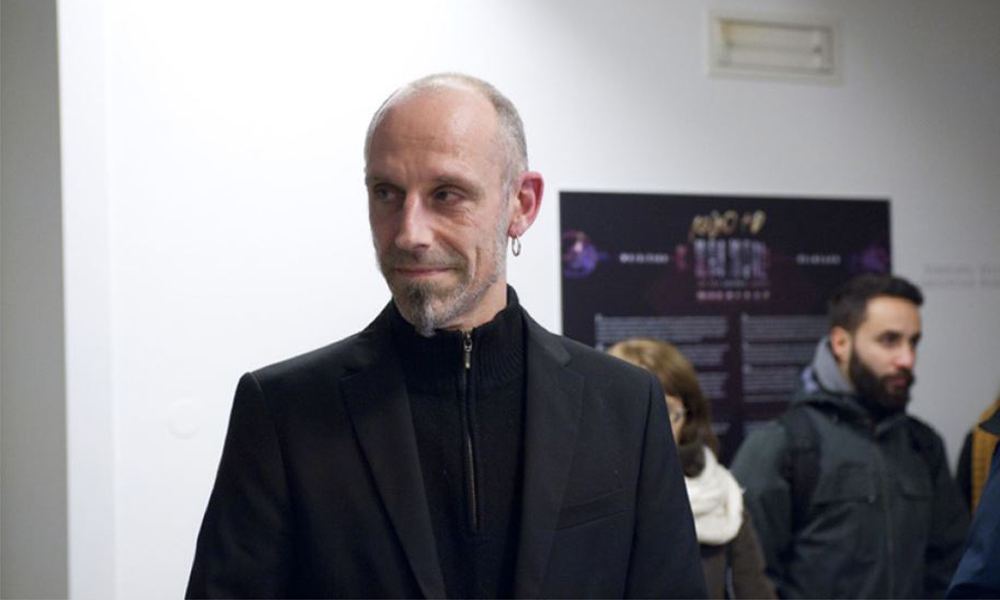 Award-winning Dutch animated filmmaker, graphic novelist and musician Rosto died March 7, according to a Facebook post by producer Nicolas Schmerkin (Autour de Minuit). He had been undergoing treatment for lung cancer, AWN reports. Rosto had recently been shortlisted for the 2019 César Award for best animated short film for Reruns — the piece which completed his Thee Wreckers Tetralogy. The piece was just this weekend announced as the winner of the ANIMA 2019 Grand Prix in Brussels.

Known for his dark themes and sometimes grotesque characters, Rosto’s work evolved from his rock band The Wreckers (which disbanded and then reformed as Thee Wreckers), whose songs served as the narrative basis for his webcomic Mind My Gap. These stories in turn spawned a trilogy of animated shorts: Beheaded (2000), (the rise and fall of the legendary) Anglobilly Feverson (2002) and Jona/Tomberry (2005), and the spin-off The Monster of Nix (2011) — an ambitious, half-hour work which featured voice roles by Terry Gilliam, Tom Waits and The Residents, dedicated to Rosto’s son.

The founder and owner of Amsterdam-based Studio Rosto A.D, the filmmaker achieved international recognition from his earliest animated projects. Anglobilly Feverson won the Grand Prize for European fantasy short at the Amsterdam Fantastic Film Festival; Jona/Tomberry won the Canal+ Award at Cannes and was nominated for the Annecy Cristal — as were The Monster of Nix and Lonely Bones. The latter film also contended at Fantasporto and Hiroshima (where it took the Special Jury Prize) and won the Ottawa Int’l Animation Festival Grand Prize.

Last year, Rosto was feted at the Clermont-Ferrand Int’l Short Film Festival, where he debuted Reruns as part of a special program screening the full Tetralogy and Rob Gradisen and Joao Costa’s behind-the-scenes documentary Everything’s Different, Nothing Has Changed.