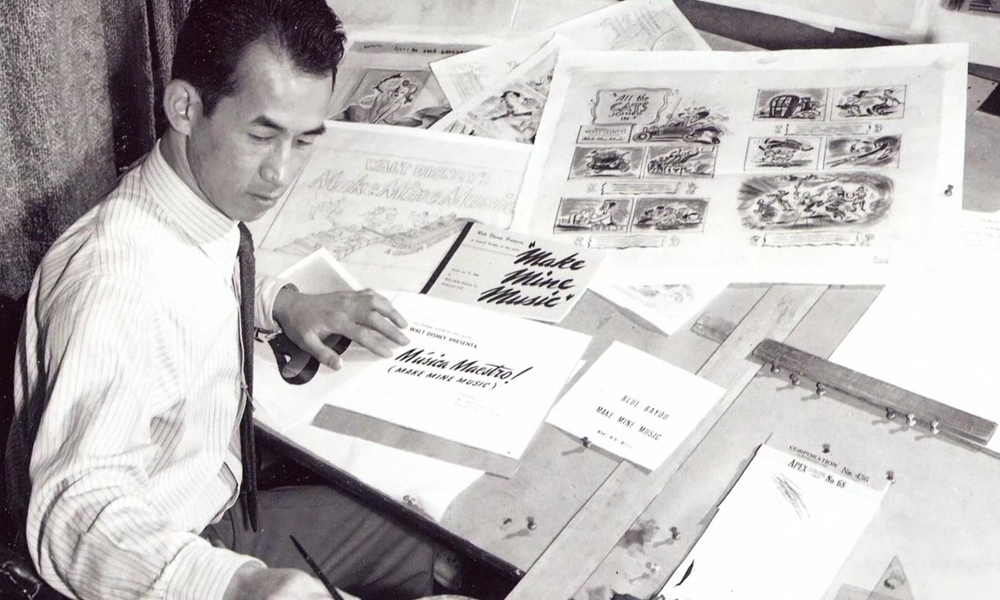 Milton Quon at work as the head of Disney’s promo department, ca. 1946.

Milton Quon, who worked at the Walt Disney Studios during its Golden Age on classic animated features such as Dumbo and Fantasia, died June 18 at the age of 105. One of the last Disney artists of this iconic era, Quon died at home in Torrance, California of natural causes. The news was shared with Hollywood Reporter by his son, artist Mike Quon, who told the outlet that his father was “drawing right up until his last days.”

Born August 22, 1913 in Los Angeles, Milton Quon was the oldest child and only son of eight children, born to immigrant parents from Canton, China. He received a scholarship to the Chouinard Art Institute (now CalArts) and got his start as a young freelance artist creating menus and design work for restaurant’s in what is now L.A.’s Chinatown neighborhood, including Man Jen Low, Soochow Restaurant and Grandview Gardens, where his outdoor lantern sign is now a historic landmark.

Soon after graduating, Quon joined Disney in 1939 as the studio’s third Chinese-American hire. He worked on the “Waltz of the Flowers” and “Arabian Dance” sequences for Fantasia (1940), and as a first assistant animator on Dumbo. During World War II, Quan led a team of artists illustrating repair manuals for Douglas Aircraft. He then returned to Disney and ran its publicity and promotions department, creating promo artwork for films including Make Mine Music and Song of the South (1946).

Quon shifted course in 1951, joining advertising agency BBD&O as the first Chinese-American art director at a national ad agency. Beyond normal business hours, Quon ran his own Mid-City Art Service, preparing illustrations, layouts and presentation materials for clients. In 1964, he became a senior design artist at packaging firm Sealright, where he stayed until his retirement in 1980.

From 1974-1989, he taught drawing, painting and advertising courses at Los Angeles Trade-Technical College.

Later in his career and throughout his retirement, Quon continued to grow and learn as an artist by attending weekend watercolor workshops and classes. Painting and sketching for pleasure, he captured thousands of images of his native Los Angeles and scenes from his travels.

The Chinese American Museum in Los Angeles presented a retrospective of Quon’s work in 2005. He was one of five artists featured in “Round the Clock: Chinese American Artists Working in Los Angeles” at the Vincent Price Art Museum in Monterey Park in 2012. He was presented with the Golden Spike Award from the Chinese Historical Society of Southern California in 2013. And in 2017, Quon featured in a father-son art exhibition in New Jersey with Mike, and in a solo exhibition at Santa Monica College’s Emeritus Gallery.

Quon is survived by his wife of more than 70 years, Peggy; children Mike, Jeff, Tim and Sherrill; and four grandchildren.

Donations in his memory may be made to the Chinese American Museum, the Chinese Historical Society of Southern California, or the South Bay Presbyterian Church of Torrance.

See more of his work at http://miltonquon.com/Welcome.html. 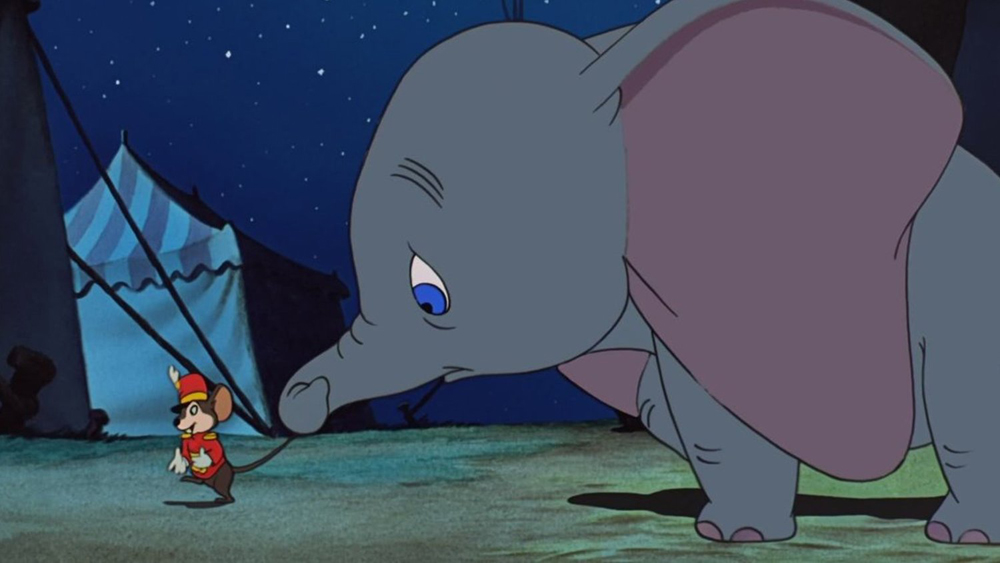 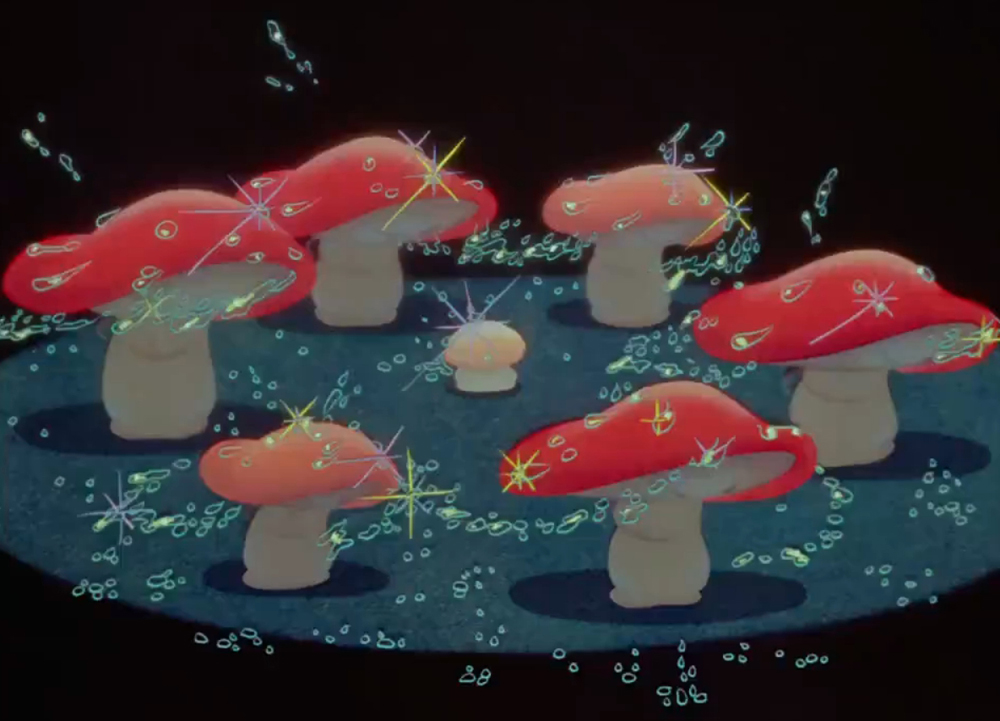 Fantasia “Waltz of the Flowers” 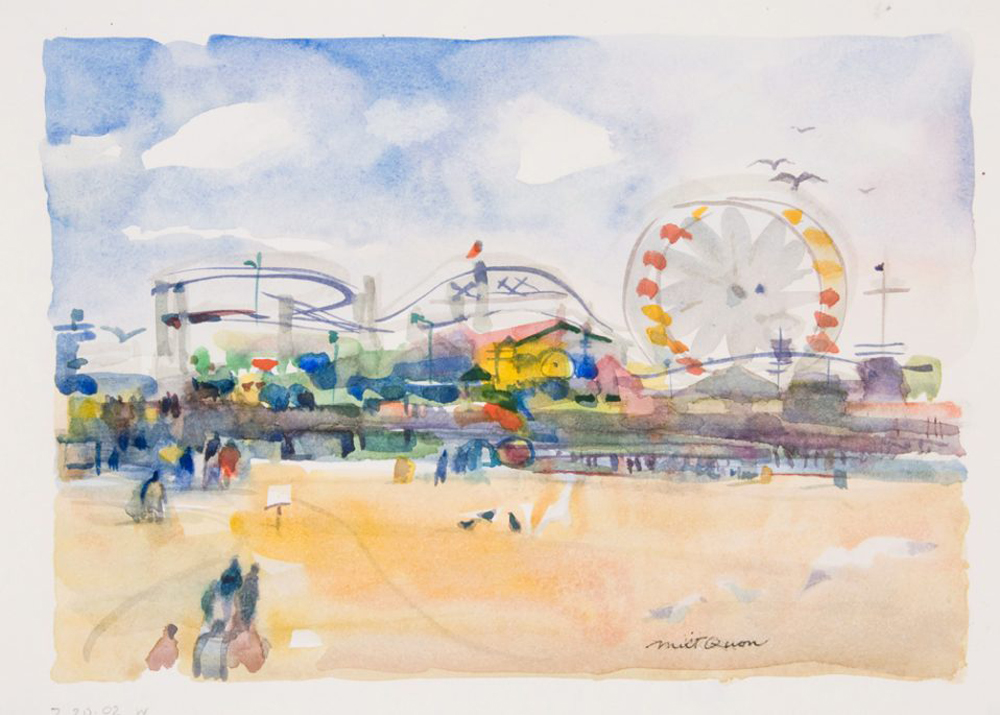 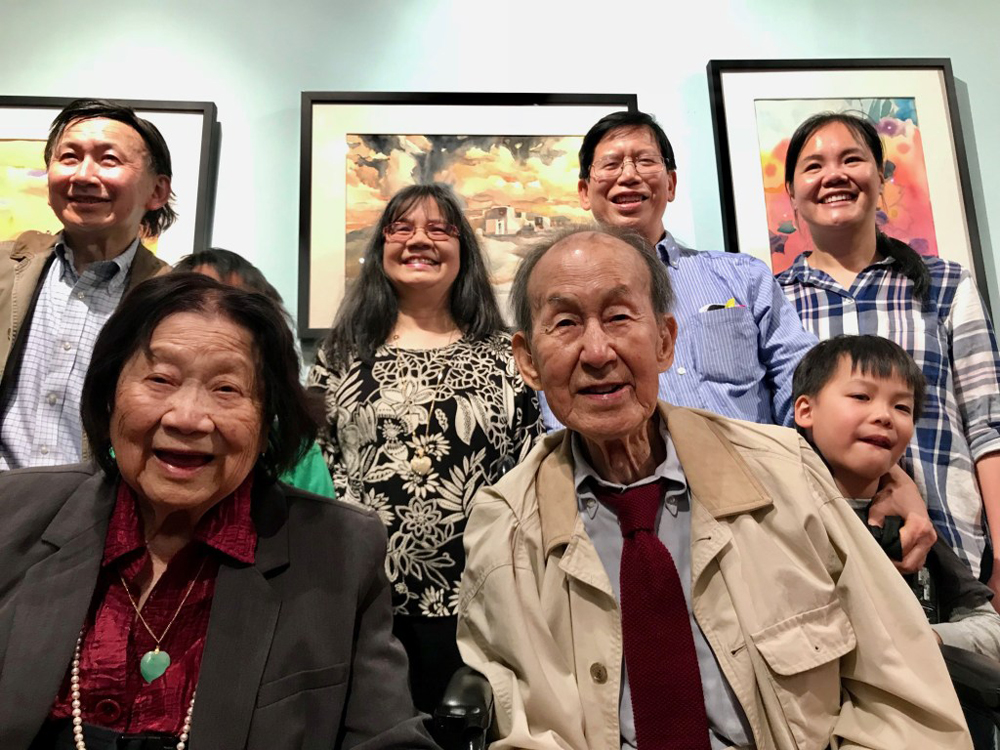 Milton Quon and his family at the opening of his exhibit at Art Salon Chinatown, June 2018 © TheMinistryOfCulture.com