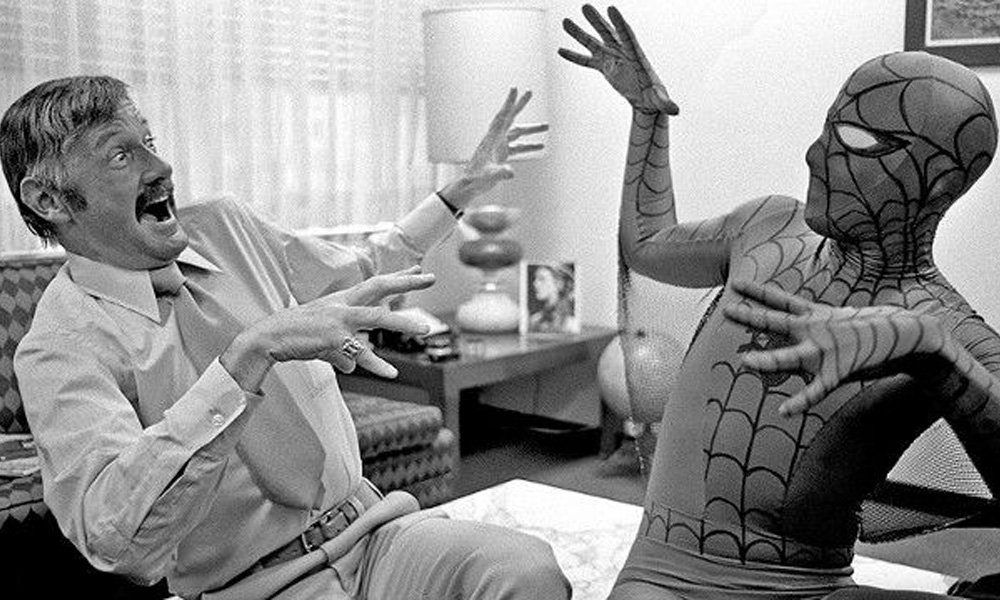 Stan Lee with a costumed Spider-Man photographed in the early 1970s for CREEM magazine.

Comic-book writer, editor, publisher and former editor-in-chief, publisher and chairman of Marvel Comics Stan Lee died early Monday morning at Cedars-Sinai Medical Center in Los Angeles, according to The Hollywood Reporter. His cause of death has not been reported. Lee is credited with launching a comics revolution in the ‘60s by creating Marvel characters that were flawed and complex that appealed to older readers, and leading the publisher in its transformation into a multimedia entertainment powerhouse.

Born Stanley Lieber in New York City in 1922, started his career when his cousin’s husband Martin Goodman hired him in 1941 as an interim comics editor for what was then Timely Publications. Lieber took on the name “Lee” to reserve his birth name for more literary writing, but instead transformed the comics media and created some of the biggest cross-media franchises in the world.

In collaboration with artists including Jack Kirby, Steve Ditko and others, Lee co-created superheroes including Spider-Man, Black Panther, the X-Men, Hulk, Doctor Strange, Daredevil and the Fantastic Four — as well as Ant-Man, Iron Man and Thor with co-writer (and younger brother) Larry Lieber. Lee helped pioneer and encourage a more complex, adult approach to superhero stories, which challenged the Comics Code Authority and lead to an update in its policies in the 1970s.

As Lee told NPR’s Beth Accomando in a 1998 interview: “Before Marvel started, any superhero might be walking down the street and see a 12-foot-tall monster coming toward him with purple skin and eight arms breathing fire, and the character would have said something like, ‘Oh! There’s a monster from another world, I better catch him before he destroys the city.’ Now, if one of our Marvel characters saw the same monster, I’d like to think Spider-Man would say, ‘Who’s the nut in the Halloween get-up? I wonder what he’s advertising?'”

After retiring from Marvel, Lee remained a very public face of the company, making frequent appearances at comic conventions and cameo appearances in the blockbuster Marvel Cinematic Universe films — including in Disney’s Oscar-winning animated feature Big Hero 6 and Sony Pictures Animation’s upcoming Spider-Man: Into the Spider-Verse.

Lee was inducted into the Will Eisner Award Hall of Fame in 1994 and the Jack Kirby Hall of Fame in 1995. He was honored with a National Medal of Arts in 2008. Sadly, his last months were plagued by personal loss, illness, scandal and fraud, with a judge issuing a restraining order against his manager late this summer. But his legacy lives on through the characters and stories he brought to the page and to the screen for generations of true believers. As Lee would say: ‘Nuff said.

Stan Lee was predeceased by his wife of 69 years, Joan Boocock Lee, in 2017. He is survived by two children. 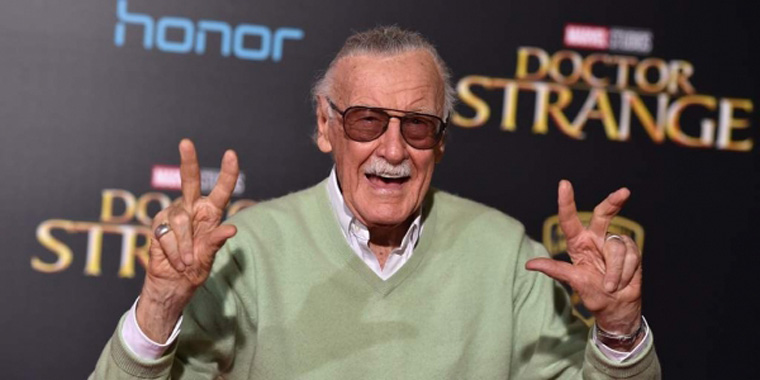 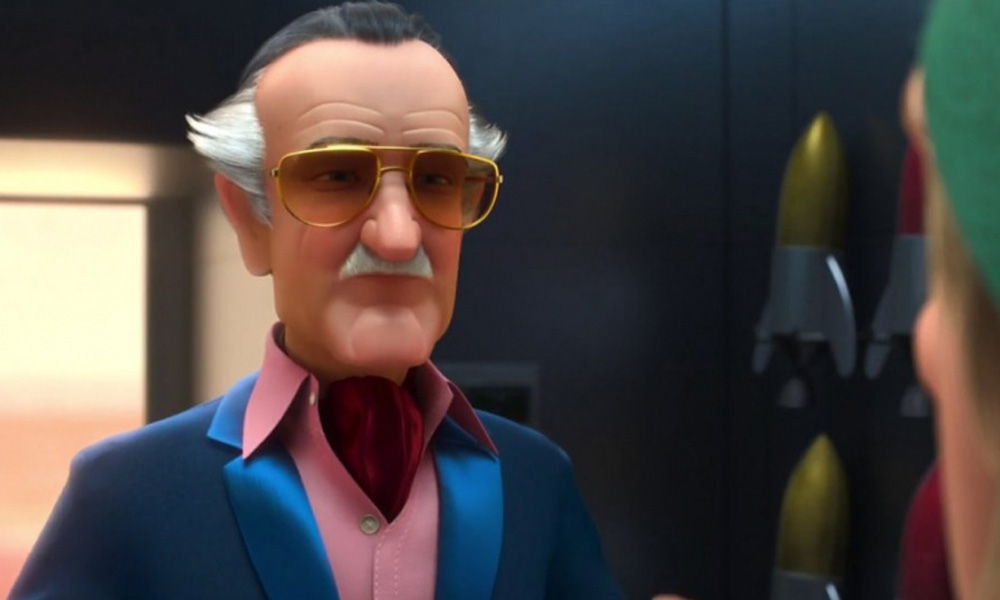