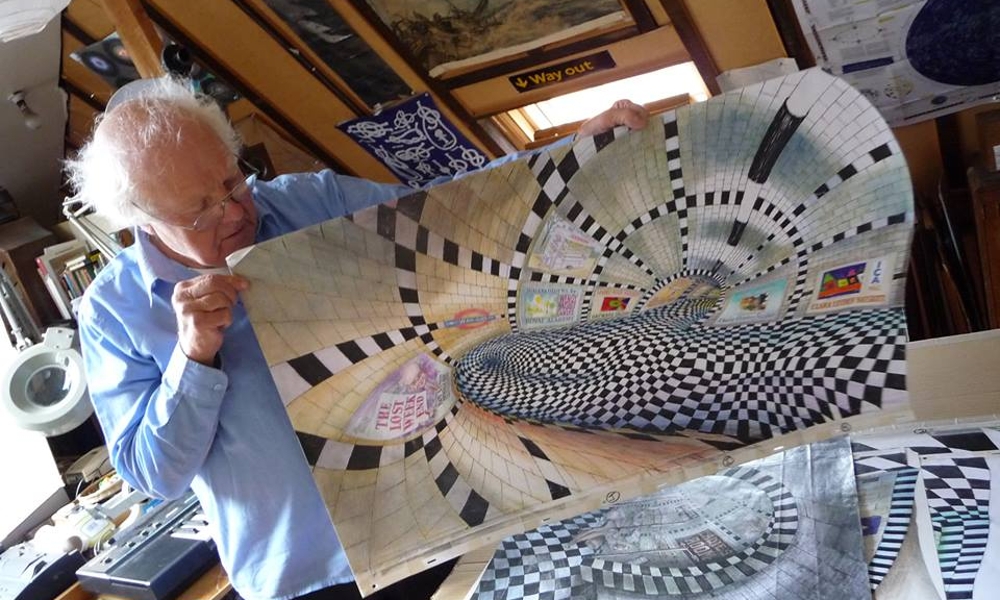 Roy Naisbitt with a background design for The Last Belle (2011)

Roy Naisbitt, a celebrated layout and background designer known for his work on Who Framed Roger Rabbit, Space Jam, Balto and 2001: A Space Odyssey, died Saturday, April 25, having nearly reached his 91st birthday on May 6. Animation Magazine learned the news through animator Fraser MacLean’s Facebook post in memory of the talented designer — he had word from animator Claire Williams, daughter of the late Oscar-winning director (and longtime collaborator of Naisbitt’s) Richard Williams.

“I cannot think of Roy and be sad at the same time. It’s just not possible,” MacLean wrote. “He was such a joy, such an inspiration and such a kind friend from the moment we met back in 2008 … Rest in peace, dear Roy – with a good drink always in your hand and with loved ones always close by.” 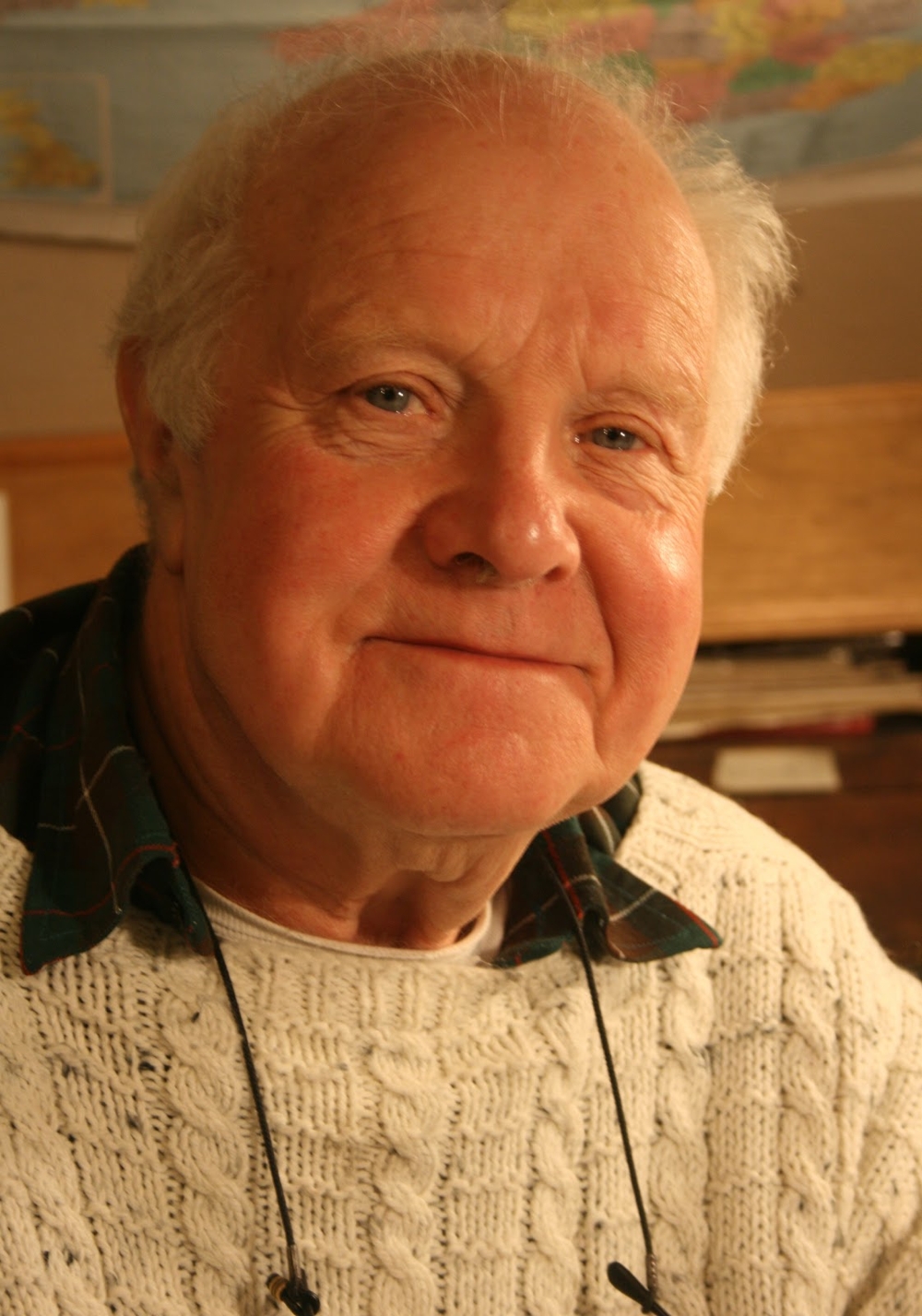 Naisbitt’s special talent for intricate, technical animation led to his first collaboration with Williams: The director hired Naisbitt on to illustrate a paddle-wheel ship engine in the animated title sequence for 1968’s The Charge of the Light Brigade. The designer joined the Richard Williams Animation studio, tackling a variety of projects over the years — including Williams’ unfinished fantasy feature masterpiece The Thief and the Cobbler. Naisbitt created most of the ‘War Machine’ sequence and the intricate architecture of the film, drawing up a master plan of the whole Golden City in his spare time. 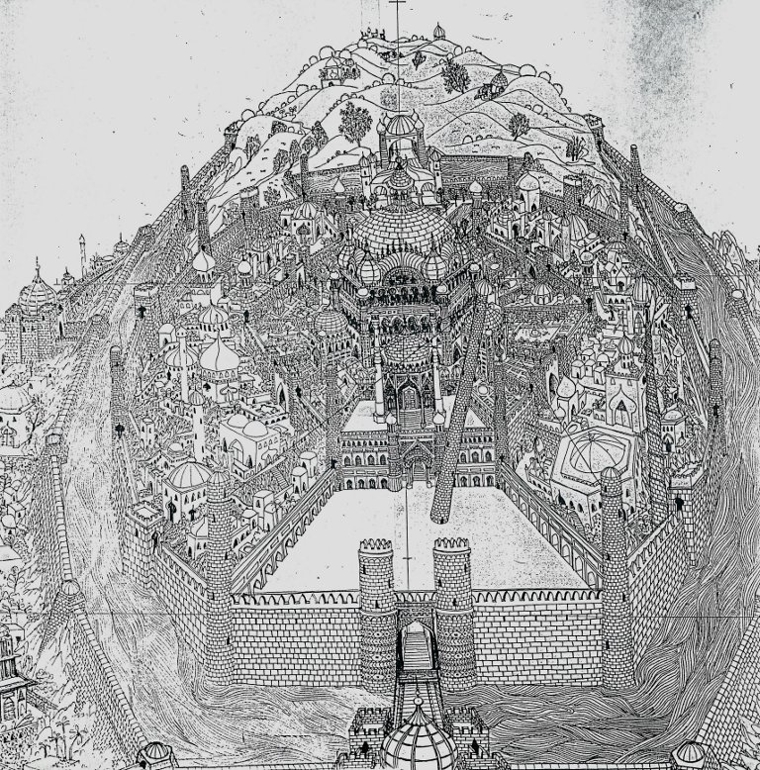 In the ’80s, Naisbitt created the tot-level POV backgrounds for the ‘Maroon Cartoon’ featured in Who Framed Roger Rabbit while at RWA. In the following decade, he contributed his finely honed talents to Amblimation’s Balto and Warner Bros. hybrid hit Space Jam. Neil Boyle, who served as supervising animator on Space Jam and is currently directing Kensuke’s Kingdom with Kirk Hendry, brought Naisbitt out of retirement to create the hypnotically complex and ever unfurling backgrounds of his 2011 short The Last Belle.

Read more about Naisbitt’s fascinating career on the Pulling a Rabbit out of a Hat blog here.

You can also learn more about the making of The Thief of the Cobbler in Kevin Schreck’s documentary Persistence of Vision, available to rent or buy on Vimeo. 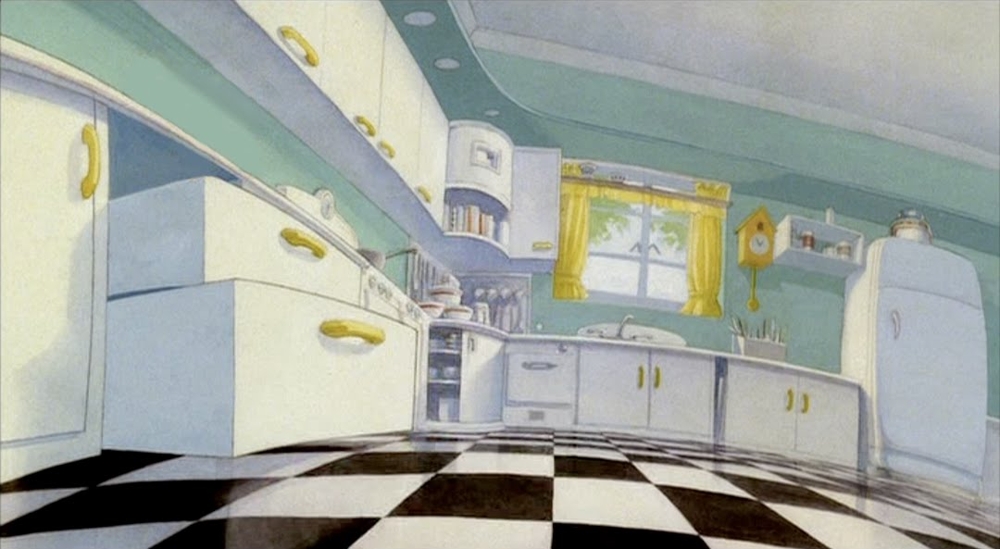 Background design for the ‘Maroon Cartoon’ in Who Framed Roger Rabbit by Naisbitt. 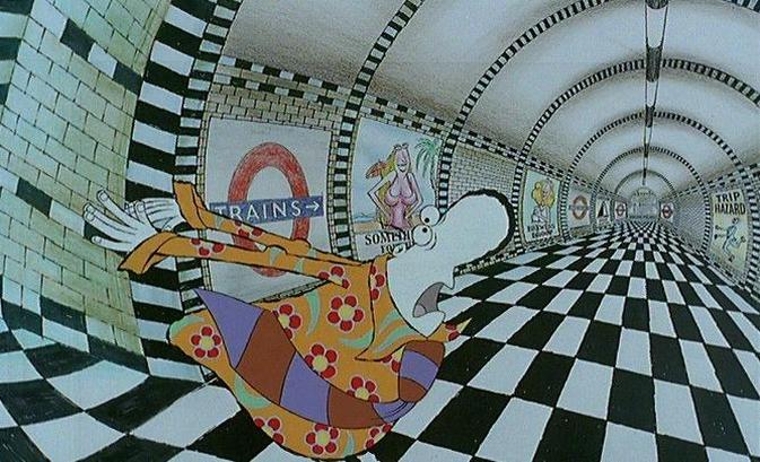