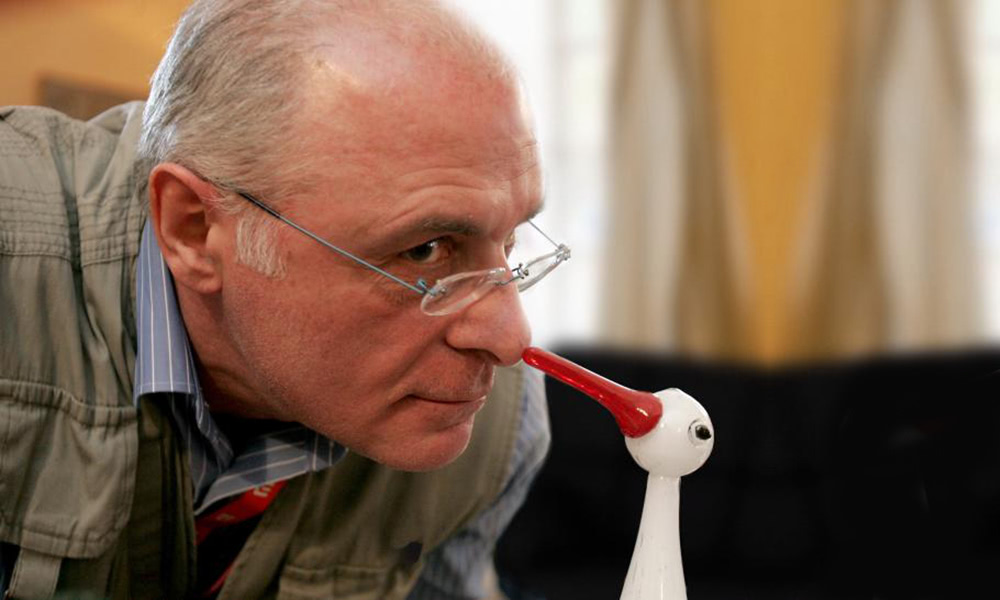 Giannalberto Bendazzi with an AniFest trophy. He served as president of the Czech festival.

On December 13th of 2021, the animation community lost a dear friend and true champion when the well-respected Italian teacher, historian and journalist Giannalberto Bendazi passed away at the age of 75.

Bendazzi was born in Italy on July 17, 1946. He studied law at the University of Milan before moving to Genoa, Italy. At the age of 21 he became the youngest Italian daily film critic, but he soon began to write essays on animation and live-action movies. He devoted his full attention to the study of animation in the 1980s and also turned to full-time academic teaching by 2002 and lectured on several continents. In 2002 he first received the Award for Outstanding Achievement in Animation Theory from the Animafest Zagreb. In 2016, ASIFA (Association Internationale du Film d’Animation) granted him the Life Achievement Award and in 2019 he received an Honorary Doctorate from Universidade Lusófona in Portugal.

Among the over 30 books and articles Bendazzi authored were the seminal Cartoons: 100 Years of Cinema Animation, the three-tome Animation: A World History,  Alexeieff: Itinerary of a Master and Twice the First: Quirino Cristiani and the Animated Feature Film. He also wrote books on live-action cinema, on auteurs such as Woody Allen and Mel Brooks. He was also a beloved fixture at animation festivals and events around the world.

In preparation for the first podcast of Cartoon Researchers and Educators, I had the opportunity of working with him where we spoke about the history of animation. He granted me his last interview, three days prior to his death. When asked about his future plans, Bendazzi said: “Before my book Cartoons, of 1988, there was no global history of animation, even though a lot was known about American animation. Cartoons was translated in many languages. The 1994 English edition was improved and published in 2015 as Animation: A World History [CRC Press, 3 vols.].” 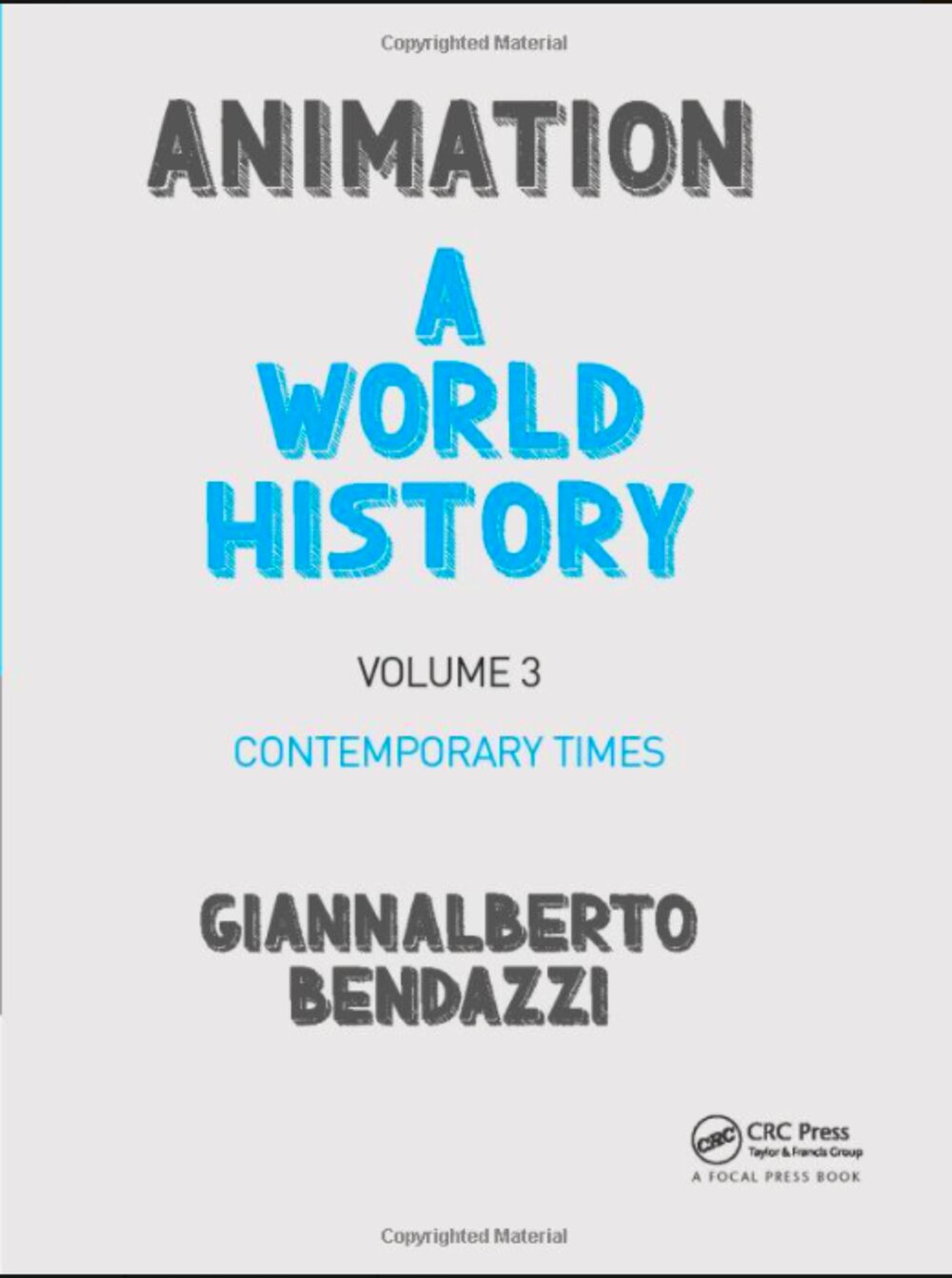 He added, “For culture in general, and for journalists specialized in visual arts and film, this filled a giant gap. However, very few people were aware of this gap because they were blinded by Disney’s presence. I reached this goal through years and years of work and research.”

“The knowledge on animation is dispersed throughout several books written in different languages. The research is in full expansion. So, I thought it was right to give students, scholars and specialists a themed library which stores a wide array of books in many languages. Some of them are very rare. The collection is being archived and catalogued, at present, but I hope it will become accessible as soon as possible.”

I also asked him how he saw the future of the art of animation. He responded, “In the present day, animation is like a star which has just exploded, a supernova, which embraces communication, advertising, entertainment (including drama theatre and opera) and poetry. Animation is in every area of knowledge. Of course, as all supernovas do, this one will also collapse to a small white dwarf, of dim light, but with all the characteristics it had before. For example, Hollywood films using digital technologies are presented as live-action features, but for the most part they are animated!” 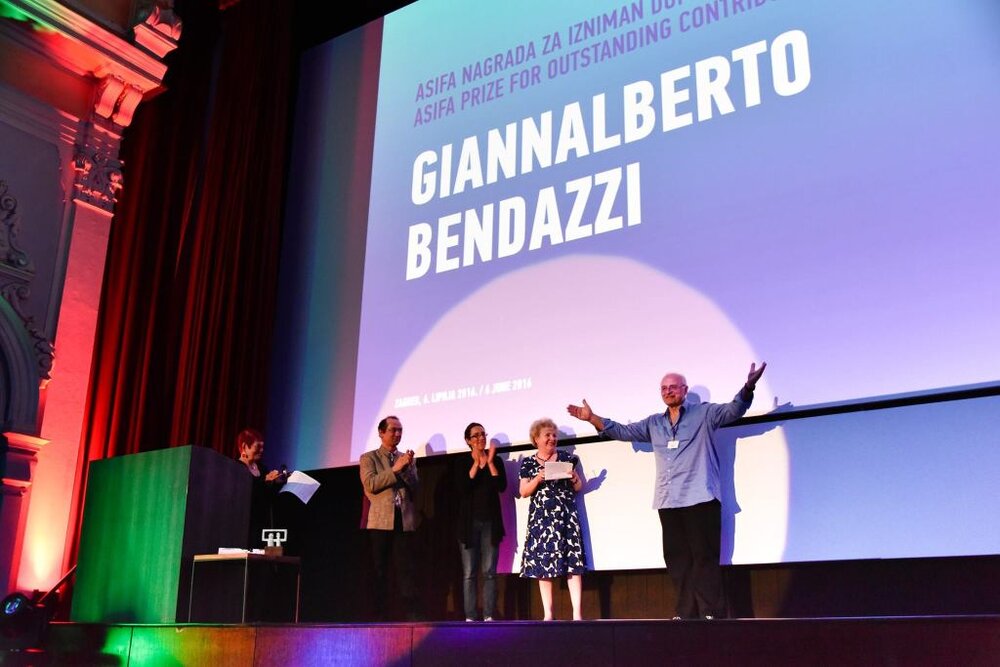 Bendazzi was honored with an ASIFA Prize for his life’s work in animation in 2016.