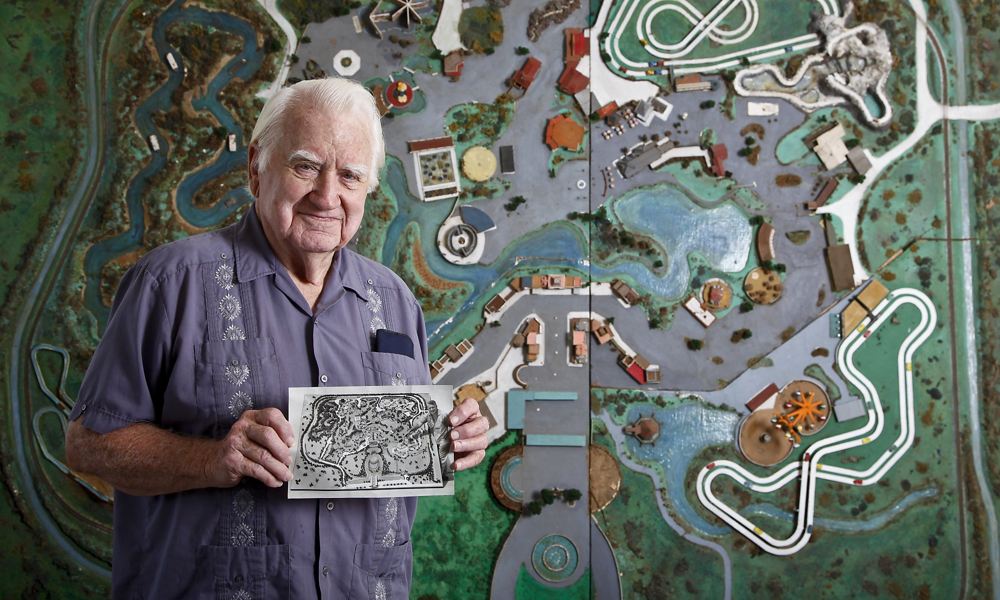 Artist and animator Edgar Henderson, who brought his Hollywood studio know-how back home to Houston to bring life and color to the Astros baseball fan experience, died on January 25 of natural causes. He was 95 years old.

“Ed was like a dad to me. He was just the sweetest, kindest man you ever saw in your life,” family friend Clayton Thorp told the Houston Chronicle.

Henderson was born in Mississippi in 1924, and moved to Houston, Texas as a child. As a 17-year-old, he got special permission from his father to join the Marines after the attack on Pearl Harbor sent the U.S. into the fray of World War II. Henderson served at Guadalcanal, where he contracted malaria — but survived to return home and marry his wife Shirley. They were wed for 75 years, and lived together until a few months ago when Ed suffered a fall and was moved from hospital to a care center.

After marrying, the couple moved to California, where Henderson worked at Columbia Pictures’ Screen Gems studio on the popular The Fox and the Crow cartoons. He later moved to Walt Disney Animation, working on the beloved traditional animation classic Sleeping Beauty (1959).

Ed and Shirley had a daughter, Sherry, in 1954, and moved back to Houston in the early 1960s. Here, Henderson began working with larger-than-life public figure Roy “The Judge” Hofheinz — who was a driving force in bringing Major League Baseball to Houston — lending his artistic touch to the expanding Astros brand. Over his 20-plus years working with the team, Henderson brought joy to fans with his Astrodome scoreboard animations and designed visitor maps for AstroWorld theme park.

Hofheinz also commissioned Henderson to create a folding replica of AstroWorld that could fit in a briefcase, which The Judge toted while raising funds to build the park. An 80-square-foot replica (complete with model of Hofheinz’s trademark black Cadillac) once sat in the AstroWorld corporate HQ, then in Henderson’s garage, before finding a home at the Houston Public Library.

After the closure of the Astrodome and AstroWorld, Henderson and his brother, Frank, set up shop for themselves, creating animation and graphics for commercials and other client projects out of Ed’s garage studio.

Services will be held Tuesday at Southeast Church of Christ in Friendswood. Henderson will be buried with full military honors at Houston National Cemetery on Wednesday.

Super Bowl Trailer Round-Up: From ‘Minions’ to ‘Mulan,’ ‘SpongeBob’ to ‘Sonic’!
Mondo’s ‘MeteoHeroes’ Ready to Blast Off at Head of Kidscreen Slate