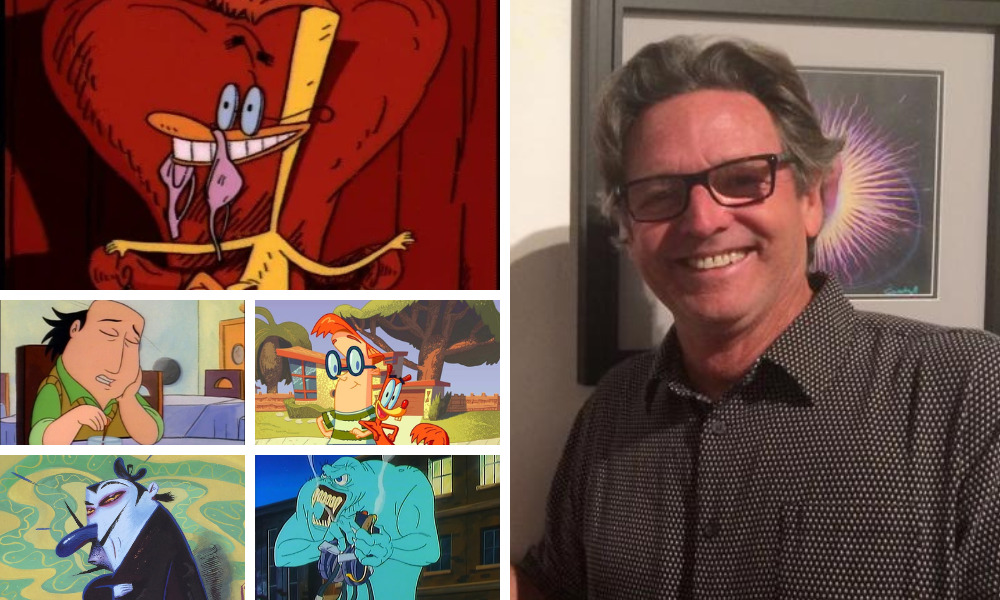 Illustrator, cartoonist, animator, writer and teacher Everett Peck — best known for his popular animated series Duckman and Squirrel Boy — died Tuesday, June 14. The sad news was shared today on Peck’s Instagram and Facebook feeds. His cause of death was not disclosed.

Born October 9, 1950 in Taos, New Mexico, Peck’s distinctive illustration style brought colorful, edgy characters to life across the pages of The New Yorker, Playboy and Time, as well as comics, print ads, books and movie posters. As an artist, he has shown work in galleries across the U.S. and as far away as Tokyo. Peck was the subject of a solo art exhibition in 2011 at California’s Oceanside Museum of Art 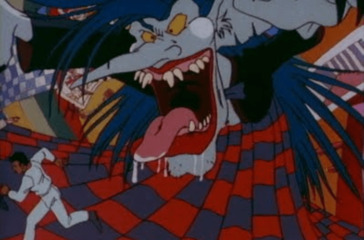 Peck turned his talents to animation with the late 1980s hit The Real Ghostbusters  as a character designer/executive design consultant, creating most of the show’s imaginative ghosts. He returned to the franchise for the 1997 animated series Extreme Ghostbusters. At Klasky-Csupo, Peck wrote for the classic Nickelodeon cartoon, Rugrats (1991-2004).  But his most famous work, Duckman, was already finding fans as a comic book published by Dark Horse in 1990. The concept was adapted into a critically acclaimed adult animated sitcom for USA Network, running for four seasons from 1994 to 1997 and animated at Klasky-Csupo.

The series received three Primetime Emmy nominations for Outstanding Animated Program, for the episodes “T.V. or Not to Be” (1994), “Noir Gang” (1996) and “Duckman and Cornfed in Haunted Society Plumbers” (1997). Duckman won a CableACE award for Animated Programming in 1996. 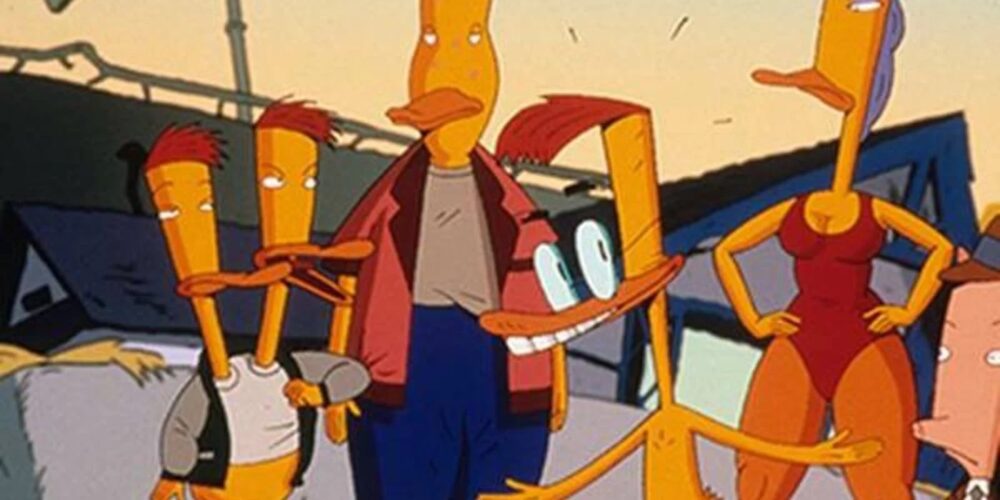 In 2008, Peck told Animation Magazine,  “I came up with Duckman the same way I come up with most of my ideas, by observing people and drawing in my sketchbook. I generally carry my sketchbook around with me were ever I go. I like to sketch in public places like coffee shops and bars. I don’t usually draw exactly what I’m seeing. I’m just looking at all the different types of people and they’re public interactions. If I see something interesting it usually ends up in my sketchbook in one form or another. Sometimes that forms the basis for a character. I used to draw caricatures of people sitting in bars in exchange for drinks. But after a few beers my drawings started looking worse than they usually do and people started getting mad. I almost got in a fight a couple of times so I quit doing that.”

“The basic personality of Duckman and the working relationship with Cornfed is based on a friend of mine and his ex-partner (I emphasize ‘ex’.),” he noted. ” In my earliest sketches I played with putting Duckman in a muscle suit. In one sketch a primeval Cornfed says, ‘Aww Duckman, every time you put that thing on someone gets hurt, and it’s usually you.’ I quickly moved away from the superhero angle. I never really got the whole superhero thing anyway. I mean it’s easy to fight evil when you’re ripped and have a bunch of super powers and a cool suit. Where’s the fun in that? I liked the idea of taking a skinny duck with a big mouth and no genitalia and throwing him up against the world. Now that’s entertainment! I digress. After I got Duckman and Cornfed worked out the other characters fell into place fairly quickly. I lifted King Chicken from a painting I was working on and an old girlfriend inspired Bernice. I started working out stories in comic-strip form, then compiled those with some new material to create the first Duckman comic for Darkhorse Publications. At around the same time I showed Duckman to Gabor Csupo (co-owner of Klasky-Csupo Animation studio). He liked it immediately, so we went into partnership to produce Duckman as an animated property.”

When asked about the reason behind the show’s popularity, Peck responded, “I just went with something that was interesting to me. You can never really judge how people will receive stuff you do, you can drive yourself crazy thinking that way (but now they have some wonderful drugs for that). Of course, I’m happy people do like it. I think one thing people respond to is that Duckman is pretty much the only animated show out there that’s truly an adult show. One thing that I was concerned about initially was retaining the attitude and sexuality of the comic in the animated series. I think we were pretty successful. I didn’t let my kids watch it. I didn’t even mention I was working on Duckman. I told them Daddy had to spend a little time in jail but he’d be home soon.”

Through the 1990s, Peck worked on several favorite series of the decade, including as a visual designer on The Critic, animated by Film Roman for ABC, and as character designer/design consultant on Dragon Tales, Men in Black: The Series, Godzilla: The Series and the Jumanji cartoon. He also animated for Sesame Street.

Peck again collaborated with Klasky-Csupo to create the seven-minute TV short Stinky Pierre (2003), which featured Charlie Adler as the titular character. The film was directed by Zhenia Delioussine and Andrei Svislotski. 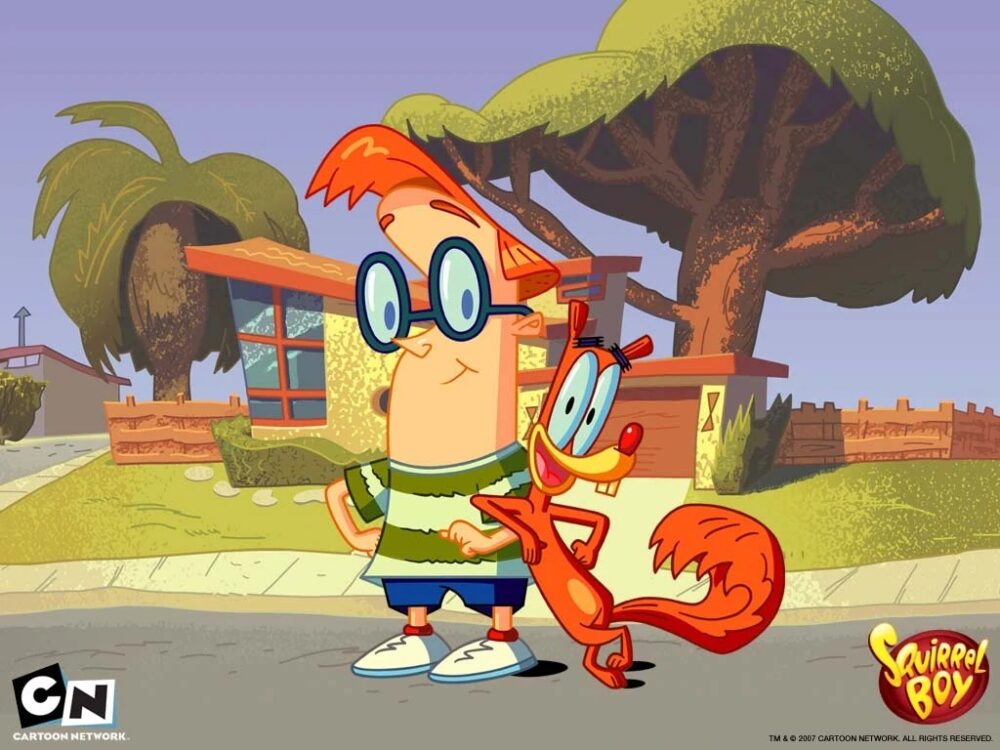 Taking a milder, kid-friendly tone after Duckman, Peck created the Cartoon Network series Squirrel Boy, which aired two seasons and half a dozen shorts from 2006 to 2008. The 2D series produced by Cartoon Network studios centered on an anthropomorphic squirrel named Rodney (voiced by Richard Steven Horvitz) who was always dragging his human boy BFF Andy (Pamela Adlon) into his nutty schemes.

Peck was residing in Oceanside, California at the time of his death. He is survived by his wife, Helen Vita Peck.