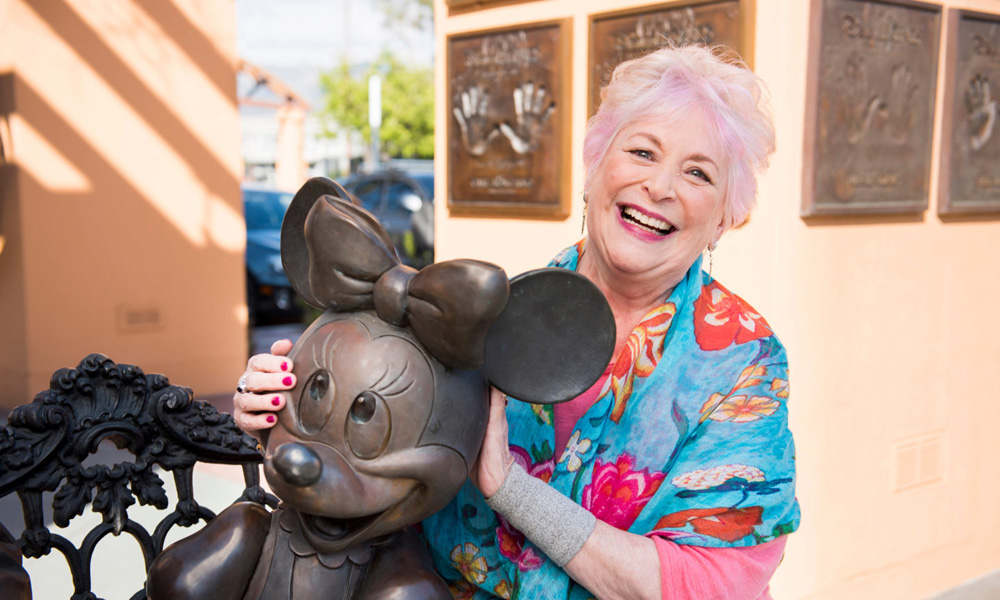 Russie Taylor, an award-winning voice actress who was the official voice of Minnie Mouse for over three decades, died July 26 in Glendale, California. She was 75 years old.

“You have to bring yourself to a character. But because of this particular character, she actually enhances who I am, she really does. In a sense Minnie makes me better than I was before ’cause there’s a lot to live up to.” — Russi Taylor

Taylor was born on May 4, 1944 in Cambridge, Massachusetts, and her career took off in the 1980s, when she became the voice of Strawberry Shortcake and many other beloved characters from classic toons like The Flintstone Comedy Show, The Smurfs, My Little Pony, Muppet Babies and DuckTales, in which she played all three nephews and Webby Vanderquack. At the end of the decade, Taylor began performing multiple roles for the newly launched The Simpsons (notably Martin Prince and twins Sherri & Terri), and brought Minnie Mouse back to the big screen in Who Framed Roger Rabbit.

Taylor beat out 200 other auditioners for the coveted role during a casting call in 1986. From then on, she gave voice to Walt Disney’s beloved bow-wearing character in hundreds of projects across TV, shorts, films and theme park experiences. Most recently, Taylor played Minnie in the shorts Get a Horse!, the series Mickey Mouse Clubhouse, Mickey and the Roadster Racers and the award-winning Mickey Mouse shorts from Disney Television Animation.

Bob Iger, Chairman and CEO of The Walt Disney Company, commented: “Minnie Mouse lost her voice with the passing of Russi Taylor. For more than 30 years, Minnie and Russi worked together to entertain millions around the world — a partnership that made Minnie a global icon and Russi a Disney Legend beloved by fans everywhere. We’re so grateful for Russi’s talent as well as the tremendous spirit and great joy she brought to everything she did. It was a privilege to have known her and an honor to have worked with her, and we take comfort in the knowledge that her work will continue to entertain and inspire for generations to come. Russi will be sorely missed and our hearts go out to her family and friends, along with our deepest condolences.”

Gary Marsh, President and Chief Creative Officer, Disney Channels Worldwide, said, “Russi was every bit as sweet, effusive, stylish, and fun-loving as the Minnie Mouse character she voiced. Throughout her illustrious career, and certainly for the dozens of characters she played for us on Disney Junior and Disney Channel, she approached her work with meticulous and loving care, ensuring that every character she created was embraced and adored by generations of viewers. She was a wonderful person and a friend to everyone at Disney Television Animation, and we extend our deepest sympathies to her family and loved ones.”

Other Disney titles enlivened by the talented actress include The Rescuers Down Under (as Nurse Mouse), TaleSpin, The Little Mermaid, Buzz Lightyear of Star Command, Kim Possible, Sofia the First, The Lion Guard and Tangled: The Series.

Over the course of her career, Taylor received a Primetime Emmy nomination for her work playing multiple characters in The Scariest Story Ever: A Mickey Mouse Halloween Spooktacular! (2017), two Annie Award nominations and two Daytime Emmy Award nominations for voicing Ferny in Jakers! The Adventures of Piggley Winks, and won two Behind the Voice Awards — for best children’s series ensemble in Mickey Mouse Clubhouse and best video game ensemble for Kingdom Hearts 3D: Dream Drop Distance –on top of multiple nominations.

Taylor was predeceased by her husband, Wayne Allwine (the third voice of Mickey Mouse), who died in 2009 after nearly 20 years of marriage. They were both named Disney Legends in 2008. 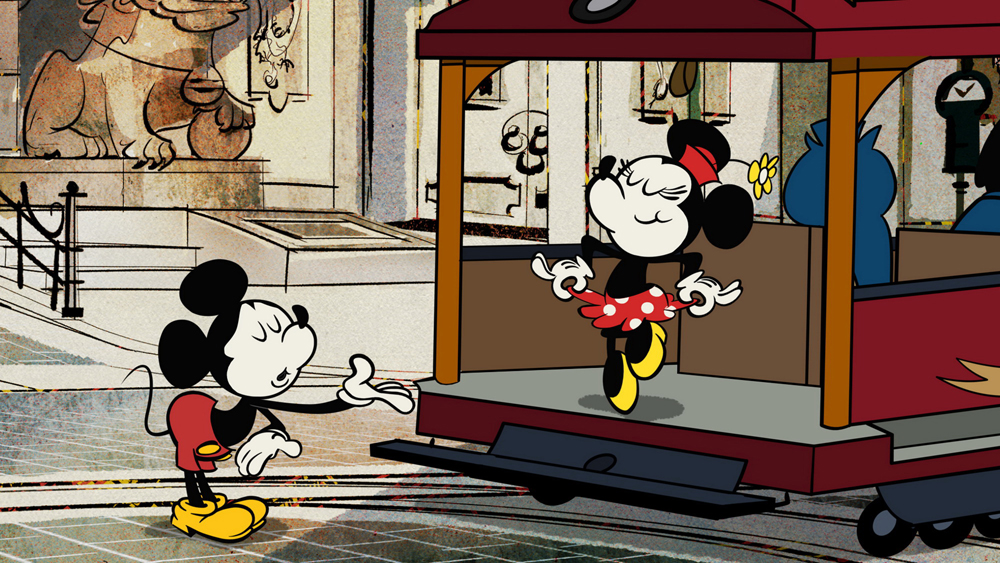 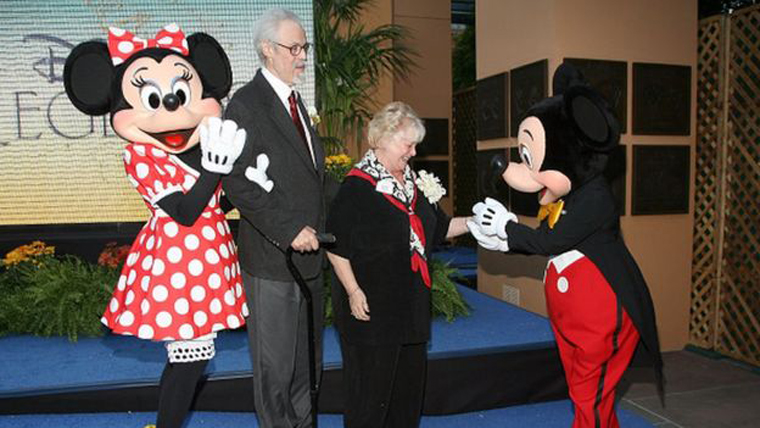 Russi Taylor (right) and her husband/costar Wayne Allwine receiving their Disney Legend honors in 2008 for voicing Minnie and Mickey Mouse.