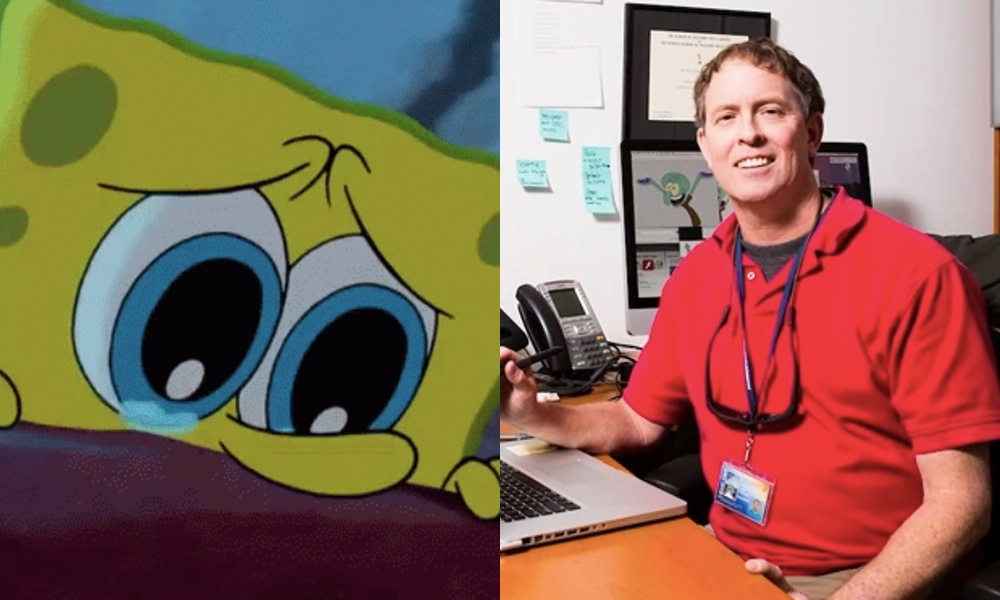 We are sad to report the passing of veteran animator, writer, storyboard artist, director and songwriter ‘Tuck’ Tucker at age 59 on Dec. 22nd.  Born in Lynchburg, Virginia, Tucker fell in love with cartoons and the world of animation at an early age.His first job out of college was breakdown artist on Pinocchio and the Emperor of the Night (1987), which led to work on the BraveStarr series and Disney’s feature The Little Mermaid. In the early 1990s, he worked as a layout artist on Rugrats, The Ren & Stimpy Show and The Simpsons. He soon became a storyboard artist and director on animated series such as Hey Arnold!, Aaahh! Real Monsters and Duckman.

Among the many other popular animated shows and movies Tucker worked on were SpongeBob SquarePants, The Fairly OddParents, Oh Yeah! Cartoons (“Planet Kate/Fat Head”),  The Mighty B!, Camp Lazlo, as well as The SpongeBob SquarePants Movie. (Tucker’s daughter is one of the kids’ voices that heard in the SpongeBob SquarePants theme song.) He also won the 38th Annual Annie Award in 2011 for Best Music in a Television Production (along with Jeremy Wakefield, Sage Guyton, and Nick Carr.) for his work on SpongeBob.

On Thursday (Dec. 24), Hey Arnold! Creator Craig Bartlett paid tribute to the late artist on Facebook: “A great friend, a master draftsman, a tireless practical joker, a brilliant storyteller, the first one I reached out to when I began Hey Arnold! because he was the best board guy I had ever met. I’ll always remember him at his drawing board, arms blackened to the elbows with graphite, eraser shavings everywhere, bringing my characters to life. A killer work ethic, passionately into it. I’m so lucky I got to work with him for so many years. He gave and gave. I miss him already, my heart is broken. Rest in power, Tuck Tucker.”

Former SpongeBob storyboard artist Nick Lauer wrote: “Last night I found out my mentor from college, Tuck Tucker, passed away. He was a wonderful man with a great sense of humor. I learned so much from him. You might know him from Spongebob and Hey Arnold (he was a big reason why Helga turned out to be such a great character). I would not be where I am today without his guidance. I can’t get over the fact that I won’t be able to chat on the phone with him again. Don’t forget to tell the important people in your life how much they mean to you. One day it may be too late. Thanks for everything, Tuck.”

You can listen to a wonderful interview with Tucker here.

You may also like...
Related Topics:BraveStarr, featured, Pinocchio and the Emperor of the Night, Tuck Tucker
Geographic Region:North America