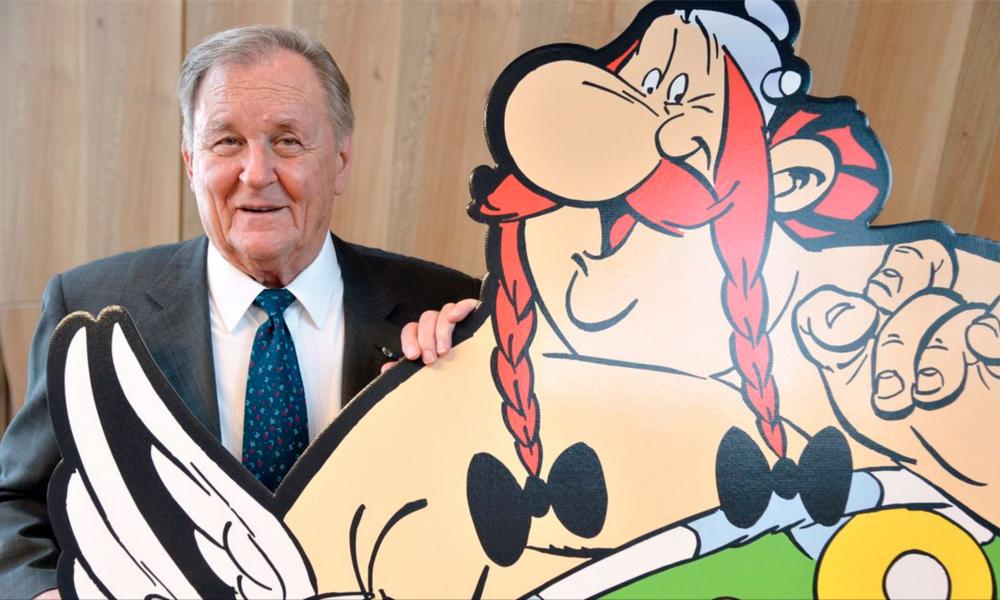 French comic-book artist Albert Uderzo, the creator of hugely popular character Asterix (with writer Rene Goscinny) has passed away at at the age of 92. According to his family, “Uderzo died in his sleep at his home in Neuilly from a heart attack unrelated to the coronavirus. He had been very tired for several weeks.”

Asterix is considered one of the most beloved characters in French popular culture and around the world. It has sold over 370 comic-book albums and been featured in 11 features and even a theme park near Paris. The stories center on a clever Gaulois warrior who fights the Roman legionnaires along with his best friend Obelix and a dog named Dogmatix around 50 B.C. Obelix fell into a cauldron of magic potion as a child, which made him invincible. Asterix and his pals travel the world, from Britain and Spain to Switzerland and Spain, relying on their wits and occasional magic to defeat the crafty Romans.

Uderzo, the son of Italian immigrants, met Goscinny in 1951, and the pair began creating characters together. In 1959, they created a magazine called Pilote, which would feature a French hero. They set their story in ancient Gaul, with the first issue published in October featuring The Adventures of Asterix the Gaul. More than 300,000 copies were sold.

Uderzo continued the adventures of Asterix alone after Goscinny died in 1977, during an exercise stress test for a medical checkup. The 25 th Asterix album The Great Divide, was published in 1980 and was the first to be written and drawn solely by Uderzo.

How to Train Your Dragon author Cressida Cowell told The Guardian: “I loved Asterix as a child, and his style was absolutely iconic. Creating a huge cast of individually recognizable characters, and the minute detail of all those group battles and the action scenes is an achievement in itself, but his real skill was combining fast-paced adventure with such humor and warmth. Children come to reading in a lot of different ways, with comics and graphic novels being hugely important for a lot of kids. Asterix has taught generations of children around the world to love reading.”

Comic artist Mark Millar (Kingsman, Kick-Ass) called Uderzo “the Master” and his “gateway drug to beautiful European comic.” Rafael Albuquerque, illustrator and co-creator of American Vampire, praised Uderzo on Twitter and called him one of his biggest influences in comics. He wrote, “Asterix was the first comic I read, from my aunt’s bookshelf. With him I learnt about expression more than anyone. Merci maître!”

Here is some wonderful footage of Uderzo drawing Asterix:

Here is some rough animation produced by Sergio Pablos Animation studios for the movie Asterix and the Vikings. Pablos (Klaus) was the animation director on that project.

Sources: The Guardian, The Hollywood Reporter 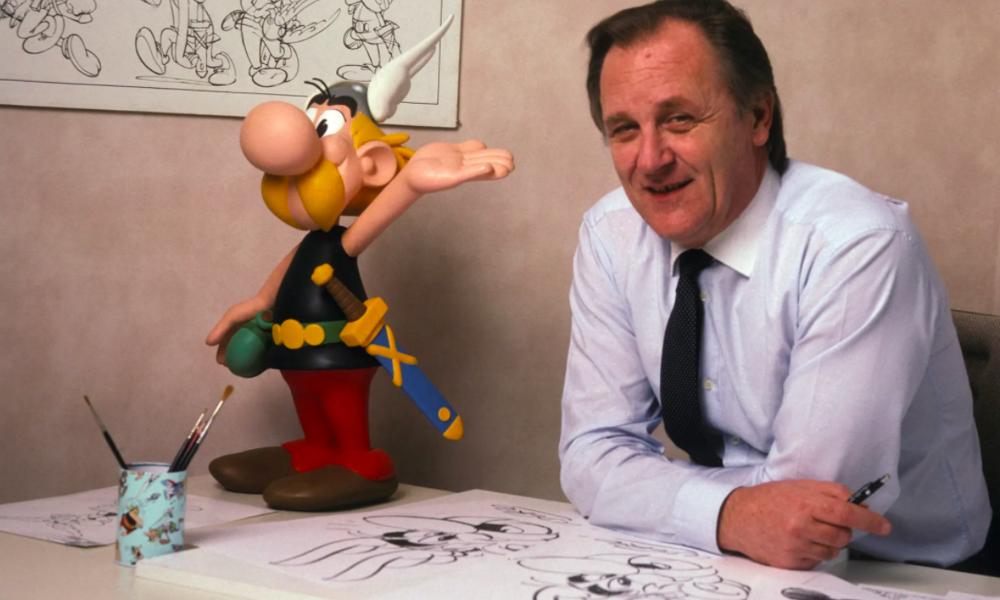 You may also like...
Related Topics:Albert Uderzo, American Vampire, Asterix and Cleopatra, Asterix and the Big Fight, Asterix and the Vikings, Asterix Conquers America, Asterix in Britain, Asterix vs. Caesar, Asterix: The Mansions of the Gods, Asterix: The Secret of the Magic Potion, Cressida Cowell, featured, Gaulois, How to Train Your Dragon, Kick-Ass, Kingsman, Mark Millar, Pilote, Rafael Albuquerque, Rene Goscinny, The Adventures of Asterix the Gaul, The Great Divide, The Guardian, The Twelve Tasks of Asterix
Geographic Region:Europe