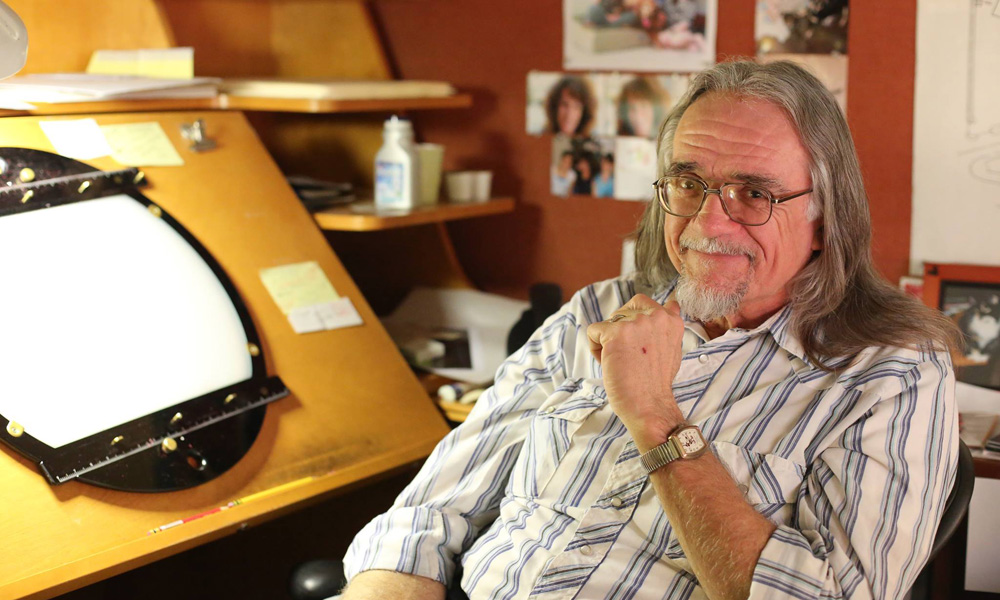 We’re sad to report the passing of beloved animator Dale Baer at age 70 from complications due to ALS.A contributor to many beloved Disney Animation features and co-founder of his own studio, The Baer Animation Company, Baer won an Annie for Outstanding Achievement for Character Animation for his work on The Emperor’s New Groove in 2001 and the Winsor McCay Lifetime Achievement award in 2017.

Baer started at Disney Animation in 1971, being only the second person hired into the Studios’ inaugural training program, and went on to contribute to many of the feature films that followed, starting with Robin Hood (1973) and continuing through Frozen”(2013) and beyond.  From his landmark work on Who Framed Roger Rabbit to his supervising roles on The Lion King (adult Simba), The Emperor’s New Groove”(Yzma), The Princess and the Frog (the frog hunters), he was acclaimed and admired by his peers.

He began his career in animation working on features such as Bedknobs and Broomsticks, The Rescuers, Pete’s Dragon and Lord of the Rings. In the 1980s, he worked as animator on Winnie Pooh and Tigger Too, Winnie the Pooh and Friends, Mickey’s Christmas Carol, The Black Cauldron, The Great Mouse Detective and Who Framed Roger Rabbit (as chief exec and supervising animator).

Born in Denver, Colorado on June 15, 1950, Baer was captivated by animation (particularly the Disney films) as a young child, and had decided by the tender age of eight that he wanted to work at Walt’s Studio.  During a visit to see his grandparents in California, he pleaded with his grandfather to park outside the Disney Studios so that he could stare at the animation building, and wonder what magic was happening inside.  As a high school student, he wrote to the Animation Department inquiring where he could learn the craft.  This led him to enroll at the Chouinard Art Institute (which later merged with CalArts), after creating the perfect portfolio.  He finally got a chance to sneak into the Animation building on the Disney lot while running an errand for the school.  A few years later, he found himself accepted into Disney’s fledgling inaugural training program, as only the second applicant.

Among his many other credits over the past 30 years were Rover Dangerfield, Tom and Jerry: The Movie, The Lion King, Quest for Camelot, Tarzan, The Emperor’s New Groove, Treasure Planet, Home on the Range and Chicken Little, Meet the Robinsons, The Princess and the Frog, How to Hook Up Your Home Theater, Winnie the Pooh and Get a Horse! He also worked on The Simpsons, Pups of Liberty and Tom and Jerry: Willy Wonka and the Chocolate Factory. His last credit is as animator on this summer’s upcoming feature Bob’s Burger: The Movie.

Walt Disney Animation Studios shared the news on its Facebook page with a statement of remembrance, noting: “Having directly worked with six of Disney’s legendary Nine Old Men (Walt Disney’s trusted and pioneering team of animation giants), [Baer] carried on their legacy in his own work, and through the many aspiring animators, he so generously mentored at the Studio and through his classes at CalArts and other institutions. He was a great friend and will be deeply missed.”

Eric Goldberg, Baer’s friend and colleague at Walt Disney Animation Studios, added, “Dale was one of the very few special animators. It was an honor to know him, chat with him, and work with him, which I did on several occasions. He was trained by the ‘golden generation’ of Disney animators; Johnny Lounsbery was one of his main mentors. As such, Dale was a vital link for us to that illustrious group, and we could see it in his work. His drawings and animation had the whiff and inspiration of all of our Disney heroes, and every scene he did was a joy to watch. Amongst his many accomplishments were Mickey Mouse in ‘Who Framed Roger Rabbit,’ Owl in ‘Winnie the Pooh,’ the three hillbilly hunters (and a lot of Ray) in ‘The Princess and the Frog,’ Yzma in ‘The Emperor’s New Groove,’ and many, many more.  Dale was also a great teacher, teaching classical animation at several venues, including CalArts. We will miss him terribly, but we were fortunate enough to bask in his aura.”

His family has requested in lieu of flowers, etc. that a donation be made to help find a cure for ALS. He is survived by his wife Teddy and daughters Nicole and Clarisse. Our condolences to his family, friends and colleagues.

You can watch Baer receive his Winsor McCay Annie Award in 2017 here:
https://www.youtube.com/watch?v=CkhdcrPb3pc