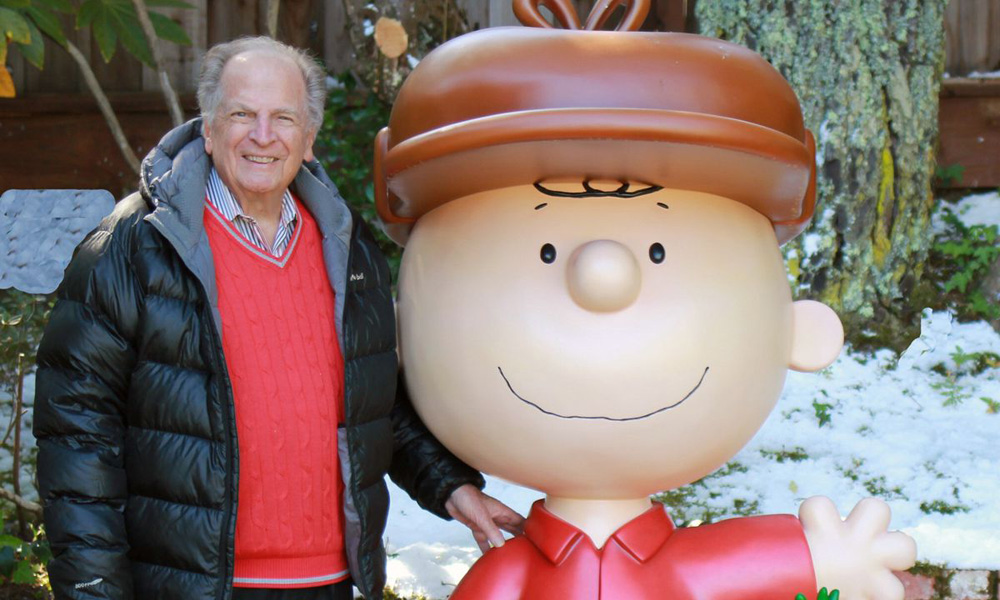 Multi-Emmy-winning producer, writer and director Lee Mendelson, who brought the iconic Peanuts gang to animation in the classic 1965 special A Charlie Brown Christmas, died Wednesday, December 25 at age 86. Mendelson succumbed to lung cancer and congestive heart failure at his Bay Area home in Hillsborough, California, where his family had gathered for Christmas.

His son, Jason Mendelson, told the Los Angeles Times: “It is a terrible feeling … but as he would have put it, it was serendipitous to go on Christmas Day — a day when the song that he wrote was playing every 10 minutes on radio stations.” (“Christmastime Is Here” was written for the animated special.)

Mendelson, a San Francisco native, got his start at local TV station KPIX before becoming a documentary producer, which lead to his partnership with Peanuts comics creator Charles Schulz (who died in 2000). Mendelson initially pitched a movie about Schulz’s life and the creation of the beloved comic strip, leading to 1963’s A Boy Named Charlie Brown.

While Mendelson struggled to sell the doc to networks, it attracted the attention of Coca-Cola’s ad agency, which was looking for family TV content to sponsor — in May of ’65 the agency asked the producer whether he could deliver a Peanuts Christmas special in time for the holiday season, and he said yes despite the tight timeframe. Schulz, who was put on the spot to deliver a story “tomorrow”, insisted Mendelson hire former Disney animator Bill Melendez for the project, as he had worked with the characters in a series of Ford commercials which Schulz felt captured the spirit of his creation.

Debuting on CBS, A Charlie Brown Christmas was an instant hit, watched by more than 15 million U.S. households (45% of that night’s TV viewers) according to Nielsen. It remains a beloved seasonal touchstone, attracting 5 million viewers on ABC in December 2019.

The successful small screen debut was followed by other beloved specials including It’s the Great Pumpkin, Charlie Brown, Snoopy Come Home and A Charlie Brown Thanksgiving. Over the years, Mendelson, Schulz and Melendez created 50 TV specials and four animated features. Mendelson’s producer credits also include the Saturday morning variety program Hot Dog, Mother Goose and Grimm, Garfield and Friends, The Charlie Brown and Snoopy Show, a dozen Garfield specials and TV movies based on Cathy and Babar. He won 12 Emmy Awards in the course of his career, most recently for It’s Your 50th Birthday, Charlie Brown (2015), with over 30 additional nominations.

Mendelson is survived by his wife, Ploenta and her son, Ken; his four children, Glenn, Lynda, Jason and Sean; and eight grandchildren.