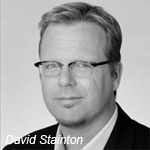 Stainton joins Paramount after a 17-year run at Disney, where he served as President of Walt Disney Feature Animation. During his studio tenure, he oversaw several dozen releases across various platforms that brought in $3.5 billion in worldwide revenue. He spearheaded Disney’s transition from its hand-drawn roots to fully digital animation production, led the successful Disney Video Premieres division, and oversaw the studio’s 150-person animation facility in Paris. More recently, Stainton served as CEO of family entertainment producer Henry’s World Media, which he founded in 2007.

“The success of Rango this year helped us recognize our potential and ability to create wonderfully imaginative animated pictures with global appeal,” said Brad Grey, Chairman & CEO of Paramount Pictures. “David is a proven leader with a broad portfolio of experience in animation and family entertainment. He will be a welcome addition to Adam’s highly talented team.” 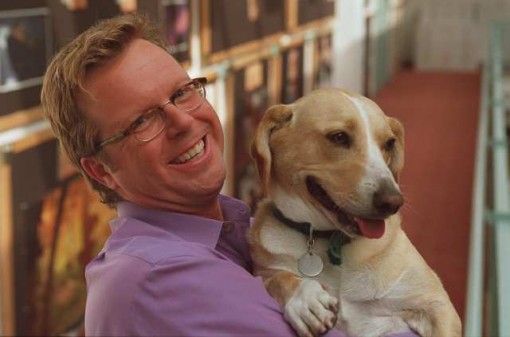 David Stainton with his dog Henry

“David’s accomplishments speak for themselves, and I am glad to welcome him to the lot as we start this exciting new chapter,” Adam Goodman added. “With David’s leadership, we will look to build on what has been a very strong year for our studio in animation, with Rango and the upcoming Adventures of Tintin pointing to the kind of artist-driven, broad-appeal films we intend to make at Paramount Animation.”