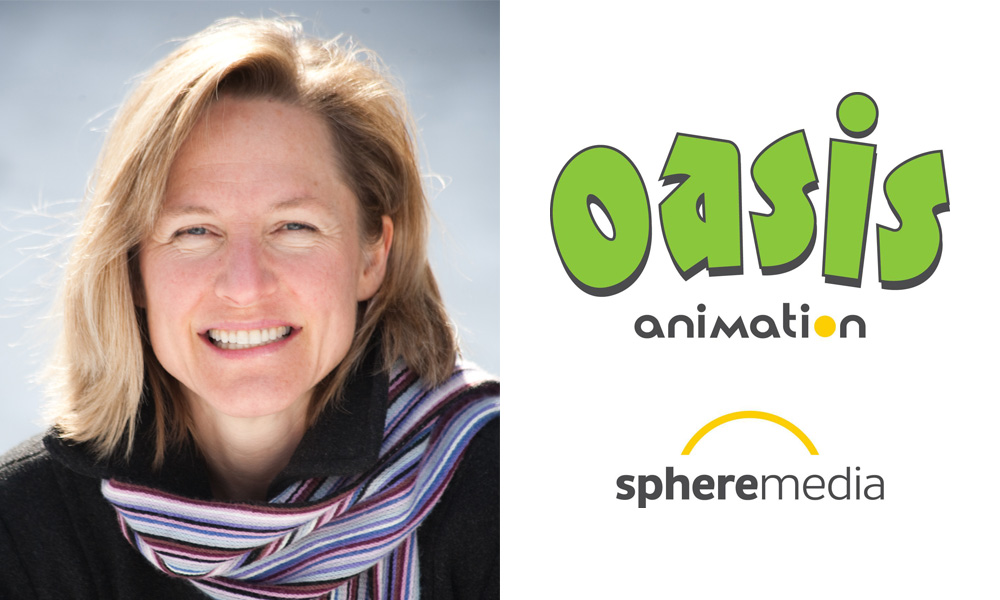 Oasis Animation, a Montreal-based 2D animation studio part of the Sphere Media group, is pleased to welcome Marianne Culbert as Head of Production. In a context of ongoing corporate growth, Culbert will be responsible for all production activities at Oasis and will supervise the studio’s artists.

Culbert has extensive experience in the production sector, and a lengthy record of achievements. Over a career spanning more than 30 years, she has occupied various positions as producer and executive producer, leading large teams at several 2D animation studios across Canada, like Nelvana, Mercury Filmworks and, more recently, Portfolio Entertainment, where she served as Vice President of Production.

Over the course of her career, Culbert has produced and delivered on many series for prestigious clients including PBS, Disney, Netflix and Teletoon, just to name a few.

“We are extremely delighted and excited to welcome Marianne Culbert in our team,” said Jacques Bilodeau, President of Oasis Animation. “With her knowledge of the industry and her inspiring leadership style, Marianne will bring a breath of fresh air to the team, which is currently working on numerous significant and stimulating projects.”

Founded in 2003, Oasis Animation is the biggest 2D animation studio in Quebec and one of the biggest in Canada. Specialized in producing high-quality animated series, the studio offers a full range of digital 2D animation services to the global animation industry. With its head office in Montreal, Oasis Animation employs 150 people and derives most of its current revenues from foreign markets. The company is known for its international productions like F Is for Family, Arthur and Curious George.

Oasis Animation is part of Sphere Media, a leader in the field of creation, adaptation, production and distribution of television and cinematographic content.