Nickelodeon Animation has made two major promotions for its Stateside operations, SVP of current series Rich Magallanes announced today. Megan Casey, executive in charge of Teenage Mutant Ninja Turtles, The Legend of Korra and Kung Fu Panda: The Legends of Awesomeness, and Claudia Spinelli, executive in charge for SpongeBob SquarePants and related content, have been upped to Vice President, Current Series.

Casey will now oversee various shows in current programming for the studio’s entertainment productions. She joined Nickelodeon in 2007 as an exec in charge, supervising the final season of Avatar: The Last Airbender, The Mighty B! and Fanboy & Chum Chum. Prior to joining the studio, Casey served as director of production for Warner Bros. Animation, overseeing creative development and production for all-genre family entertainment for broadcast, cable, and DTV (What’s New Scooby-Doo?, Tom & Jerry: Shiver Me Whiskers, Superman: Doomsday). Previously, she was development manager for VH1 Original Movies and held several positions at Fox Animation. A University of California graduate, Casey began her entertainment career at Jim Henson Company.

Spinelli will be overseeing various animated shows in production, including Sanjay & Craig, Get Blake! and Rabbids Invasion and will continue to serve as exec in charge for SpongeBob. A Nickelodeon team member since 2000, Spinelli started as a development assistant before moving into current series, and has since worked on Nicktoons like The Mighty B!, Making Fiends, Planet Sheen and Robot and Monster. Spinelli also managed ancillary activities for SpongeBob, including the recent 4D ride film The Great Jelly Rescue!, short-form content for the app game SpongeBob Moves In, original social media content and the hit stop-motion holiday special “It’s a SpongeBob Christmas!” In her former life, Spinelli worked as an animator and clean up artist for commercials and shorts at various NY and LA studios. She holds an MFA in Animation and Digital Arts from the University of Southern California and a BFA in Film and Television from New York University. 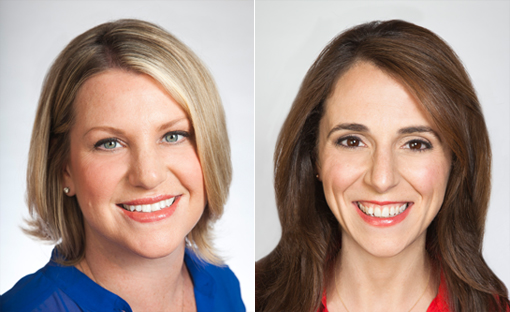