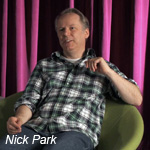 Aardman Animations’ Nick Park has joined a recently launched global multimedia initiative, spearheaded by The United Nations Forum on Forests Secretariat in partnership with the Jackson Hole Wildlife Film Festival, that highlights the relationship between people and forests. The project, which was launched at the Rio+20 Conference on Sustainable Development, is called “Forests for People: UN International Short Film Contest” and has invited 200 million people in 193 countries to create and share a personal film up to five minutes long.

“Through the visual power of film, we are asking everyone, in every part of the world, to share their own stories of how forests protect, sustain, nurture or inspire them.,” says Jan McAlpine, director of the UN Forum on Forests Secretaria. “Together, their films will explore the intricate human connections we have to forests in a way never before told.”

The festival encourages people to tell their forest story using any type of media, from video to mobile footage, animation to photos. The initiative has been launched with a promo film featuring some of the renowned filmmakers who have joined the campaign. Check it out:

Winning films from Forests for People will be premiered at the United Nations Forum on Forests conference in April 2013 in Istanbul, Turkey, and screened at events worldwide, including the 2013 Jackson Hole Wildlife Film Festival. The initiative has been created by the creative agency/film production partnership of Traffic Concept and Film and Tomato, with footage and film resources provided by the National Geographic Society, BBC Motion Gallery and Footage Search, Inc.