The National Film Board of Canada has notified the film community of the death of director-producer René Jodoin. The Quebec native passed away January 22, 2015 at the age of 94. Jodoin was recruited to the NFB in 1943 by Norman McLaren following his graduation from the Ecole des Beaux-arts de Montreal (Montreal School of Fine Arts). He became head of the organization’s science film program in 1963, and in 1966 was charged with creating an animation studio within the NFB’s newly created French Production sector.

In this role, Jodoin assembled a team of young filmmakers including Pierre Hebert, Co Hoedeman, Paul Driessen, Francine Desbiens, Suzanne Gervais and Jacques Drouin. He initiated a collaboration with the National Research Council of Canada which resulted in the production of the landmark computer-assisted animation Hunger by Peter Foldes, which earned a Special Jury Award at Cannes in 1974. Jodoin and his team ushered in the golden age of NFB French Animation, producing gems like the Palme d’Or winning Balablok (Bretislav Pojar, 1973) and Oscar and Annecy Grand Prize winner The Sand Castle (Co Hoedeman, 1977).

In addition to co-directing Alouette and Spheres with Norman McLaren, Jodoin created a pioneering body of work which explored geometric forms as well as animation techniques. Among his best known works are Notes on a Triangle (1966), a masterpiece of cutout animation, and computer-animated Rectangle & Rectangles (1984). He continued to experiment on his home computer following his retirement from the NFB in 1985, and in 2001 was awarded the Prix Albert-Tessier by the Government of Quebec.

NFB.ca has prepared an online playlist of Jodoin’s work. Click here to view it. 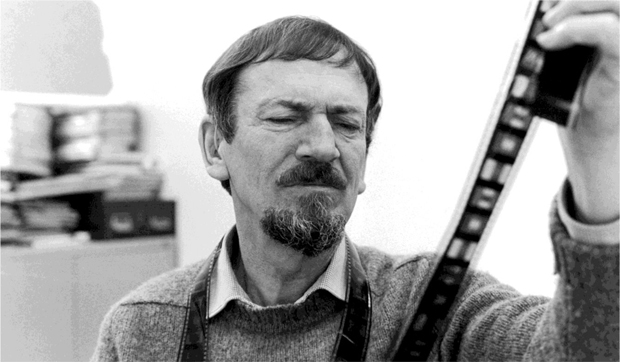