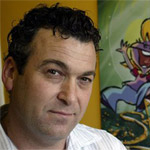 The New Zealand Herald has reported that comics and animation creator Brent Chambers died suddenly at age 54 on Saturday, October 1. Chambers was the founder and creative director of Auckland-based Flux Animation, an award-winning commercials and television production studio which he started in 1997.

Chambers started out making comics with his school friend Stephen Maire, with whom he would later write the preschool animated series Wiki the Kiwi. He studied Graphic Design at AUT before training as an animator under Disney veteran John Ewing.

As creative director at Flux, Chambers directed and oversaw award-winning campaigns for NZ Dairy, Westpac, Tip Top and “Lotto Cog” for NZ Lotteries (through Saatchi & Saatchi). He created and often directed over a dozen series for TVNZ, including Tamatoa the Brave Warrior, The Adventures of Massey Ferguson and Tiki Tour. He also co-created international co-productions including Staines Down Drains and Master Raindrop.

Other notably directing projects were sequences for An Inconvenient Truth and projects for Saturday Night Live, Cartoon Network and Mattel as part of US-based Famous Group. As a producer, Chambers’ credits include award-winning shorts Grass and It Was A Dark and Silly Night.

In the last two years, Chambers lead the animation team at Flux in its production work for Leanne Pooley’s animated documentary about the WWI Gallipoli Campaign, 25 April — the first animated feature to be produced in New Zealand.

A notice posted in the Herald reads: “Brent will be forever remembered as a generous, kind, talented and devoted family man. We have been robbed of him far too soon but his memory will live on through all those that knew him … His significant contribution to New Zealand’s animation and advertising community pale in comparison to the impact he had on the lives of those who loved him.”

Chambers is survived by his wife, producer Sue Chambers; mother, Gillian; and children Tom, Jess and Max. A funeral is scheduled for Friday at 2 p.m. at St. Mary’s Catholic Church in Northcote, according to M+AD. 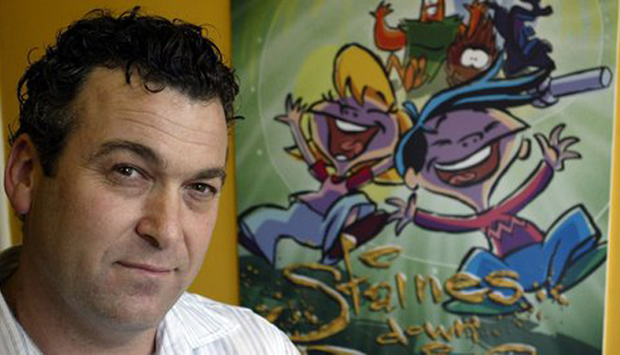