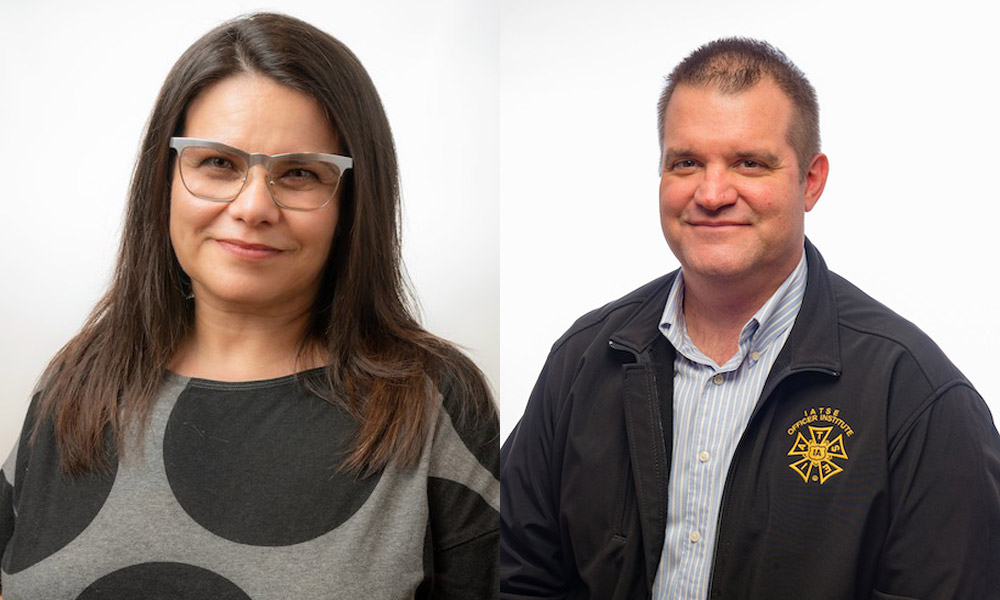 The newly-elected Executive Board of The Animation Guild (Local 839) was sworn into office on December 3, with two incumbent officers resuming their positions: Recording Secretary Paula Spence and Sergeant-At-Arms Robert St. Pierre.

New Business Representative Steve Kaplan replaces Jason MacLeod, who did not seek a second term, and Jeanette Moreno King (former Vice President) was elected as the new President of the Guild. Jack Thomas, who has previously served as both President and Vice President, has returned to the Executive Board as its newly elected Vice President.

“The results of the last election brought 10 new people on the Executive Board (two returning from a brief hiatus),” said Kaplan. “These new leaders are committed to bringing positive change to the Guild and our agreements, and we are looking forward to getting to work.”

Business Representative Steve Kaplan served as The Animation Guild’s in-house organizer from 2010 to 2015 until accepting a position with the International Alliance of Theatrical Stage Employees, where he was charged with organizing visual effects and non-traditional motion picture and television production work, such as animation. During this time, he continued to serve on Local 839’s Executive Board and as a Trustee before returning to The Animation Guild as a Field Representative in early 2019.

President Jeanette Moreno King is a 25-year veteran of the animation industry. From her first job as a key assistant animator on Space Jam, she has gone on to direct, storyboard, and do layout for Futurama, The Simpsons, Scooby-Doo and many other shows for Fox, WB, Disney TV, Cartoon Network, Netflix and more. She has also been a proud, active member of Local 839 for 15 years since she helped unionize The Simpsons crew at Film Roman Studios.

Vice President Jack Thomas started his career as a lawyer but broke into animation after writing a freelance script for The Fairly Odd Parents. Currently a DreamWorks showrunner, he won an Emmy for his work on Regular Show and has previously served as both Vice President and President of The Animation Guild.

Recording Secretary Paula Spence has over two decades of experience in the animation industry and currently works as Art Director in the Shorts Department at Cartoon Network. She took part in the last three negotiations for the Master Agreement, has served on the Executive Board since early 2015, and edits The Animation Guild’s long-running newsletter, The Pegboard.

Sergeant-At-Arms Robert St. Pierre is a production designer (Lady and the Tramp 2), visual development and layout artist (Space Jam) currently working as an Associate Professor in Animation at CSUN while continuing to freelance for studios. This is his second term as Sergeant-At-Arms.

The Animation Guild, Local 839 of the International Alliance of Theatrical Stage Employees (IATSE), was founded in 1952 to organize workers and advocate for better wages and conditions. The Animation Guild represents the interests of more than 5,000 artists, writers and technicians in the animation industry.