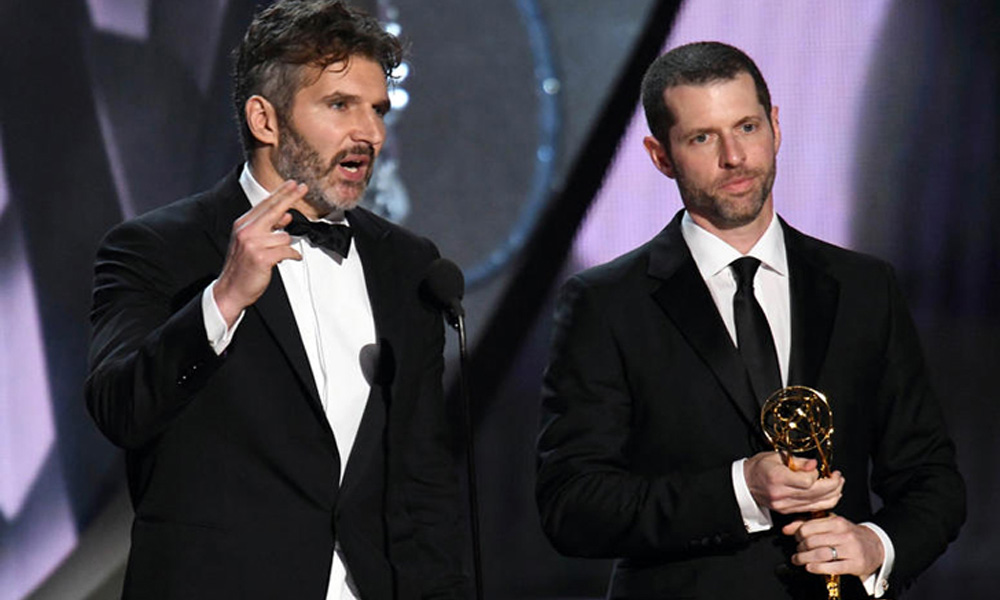 David Benioff and Dan Weiss, who turned author George R.R. Martin’s fantasy epic Game of Thrones into a staggering success for HBO, have closed a multiyear overall film and TV deal with Netflix, which sources tell Hollywood Reporter is worth $200 million. The duo will create and develop new projects for the streaming giant, which won out in a bidding contest for the creatives with Disney and Amazon.

Netflix Chief Content Officer Ted Sarandos said, “We are thrilled to welcome master storytellers David Benioff and Dan Weiss to Netflix. They are a creative force and have delighted audiences worldwide with their epic storytelling. We can’t wait to see what their imaginations will bring to our members.”

Benioff and Weiss added jointly, “We’ve had a beautiful run with HBO for more than a decade and we’re grateful to everyone there for always making us feel at home. Over the past few months we’ve spent many hours talking to Cindy Holland [VP, Content Acquisition/Original Series] and Peter Friedlander [VP, Original Series], as well as Ted Sarandos and Scott Stuber [Head of Original Film]. We remember the same shots from the same ’80s movies; we love the same books; we’re excited about the same storytelling possibilities. Netflix has built something astounding and unprecedented, and we’re honored they invited us to join them.”

With the final season of Game of Thrones wrapped up and the show setting a new Emmy nominations record for a single program in one year with 32 nods, Benioff and Weiss are reportedly turning their focus to building their production company. The two-man team will have plenty to keep them busy with their three-picture commitment to Star Wars for Disney/Lucasfilm. The first of these flicks is set for release December 16, 2022. They had previously been set to write and run the alternate timeline drama Confederate for HBO, but backlash against the Man in the High Castle style reimagining of a world where the South seceded and there was a modern American nation where slavery persisted lead to it being shelved indefinitely.