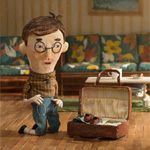 When animation directors Ru Kuwahata and Max Porter came across Ron Koertge’s poem Negative Space on Facebook (of all places!), they had a feeling it would be a good inspiration for a short project. “The text had this rare directness, balancing the sentimental with humor perfectly, and the last line felt like a satisfying ‘period,’ but could also be interpreted multiple ways,” recalls Kuwahata. “We contacted Ron a week later and he joked that he wanted $50 for the rights so that he could bet on horses at Santa Anita. We ended up paying him a bit more than that.”

The stop-motion animated short, which is also titled Negative Space, explores a father-and-son relationship and how specific memories have a powerful resonance throughout our lives. Kuwahata and Porter knew right away that stop-motion was the perfect method to illustrate the theme. “We felt strongly that the tone of the original text demanded a direct, distinctly human process,” say the filmmakers. “Being that the film is about a relationship through a physical process—packing a suitcase—we knew that we wanted to emphasize the wrinkles of a shirt, the crease of the leather belt and the crinkle of plastic.”

As the Baltimore-based animators dug deeper, they discovered that it was interesting to look back at their own childhoods and how memories are closely connected to the sensations of texture and touch. “We remember the itchiness of a wool sweater from childhood or the upholstery of our parents’ sofa from the early ’80s,” they point out. “By animating real materials that flex and wrinkle, we hoped that we would activate the same connections for the people who watch the film.”

The directors made a conscious decision to use scale to exaggerate the space that the father takes up in his son’s life, and how that presence changes over time. “Stop-motion gives a unique physicality to space that graphic mediums do not have, and was the most effective technique to communicate that feeling,” they explain.

“It was important that the film feel personal, and we were nervous that we wouldn’t be able to maintain that intimacy while working with other people,” says Kuwahata. “We doubled down on pre-production by preparing visual reference material and creating written explanations for all of our directorial decisions, but at some point we realized that letting go a bit and encouraging our team to bring their own ideas and experiences to the film would only make the project better. The majority of the production happened at CICLIC Animation (Vendôme, France) and IKKI Inc. (Orbigny, France) where the team members lived with us during the week. This structure allowed us to become very close with the people we worked with and we ended up spending a lot time discussing our relationships to our families.”

The directors were adamant that the characters have large, bulbous heads and tiny feet. “You don’t see those proportions often in stop-motion because you’re asking the little puppet to defy the law of gravity,” says Porter. “To deal with this, we had to use support rigs for every single character in every single shot. That became a post-production headache because we had to remove multiple overlapping rigs and shadows.”

Kuwahata and Porter tell us that they’ve been quite touched by the way their short has been received around the world since its premiere at the Annecy International Animated Film Festival earlier this year. “The reactions we received have been quite personal,” they note. “Some people have volunteered emotional stories about the relationships they have with their parents and the ritualized connections that are a part of their lives. At the core, the presence and/or absence of a parental bond is something that is universal.”

The filmmakers say they count Wendy Tilby and Amanda Forbis (When the Day Breaks) and Koji Yamamura (Mount Head) as three of their animation idols. They are also huge believers of the magic of stop-motion animation.

“In stop-motion, you can see how an animator is an actor and that their performance and timing is closely linked to how they’re feeling on a particular day,” says Porter. “And when the last frame of a shot is taken, it becomes a record of that moment in time.” Kuwahata adds, “I love how the textures come alive. You really feel like there is life in every object.”

They also have some great words of advice for aspiring artists. “When you find true inspiration, hold on to it for dear life because these things are fragile and can disappear as quickly as it came.”

This week, you can screen the short online at Cinema.Art.TV. 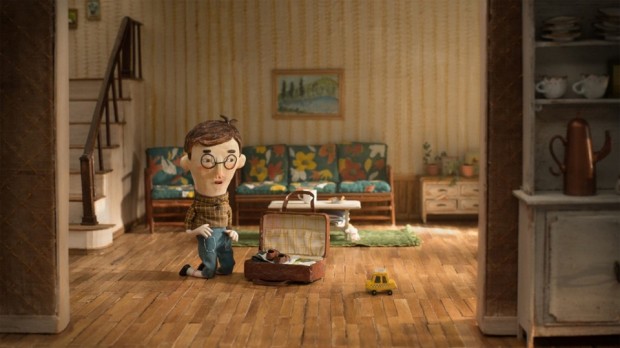 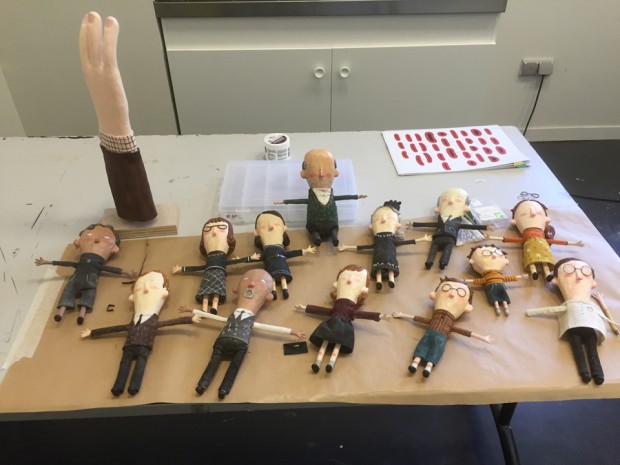 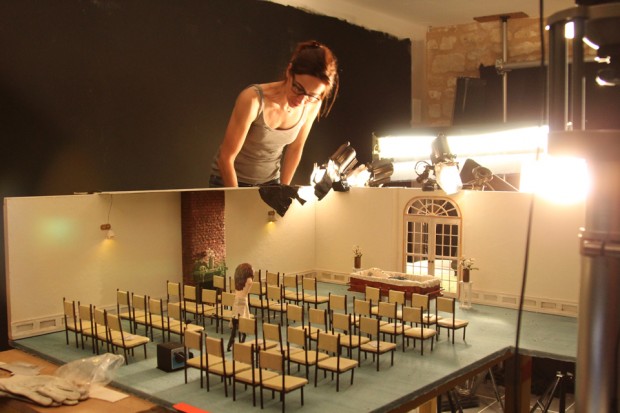 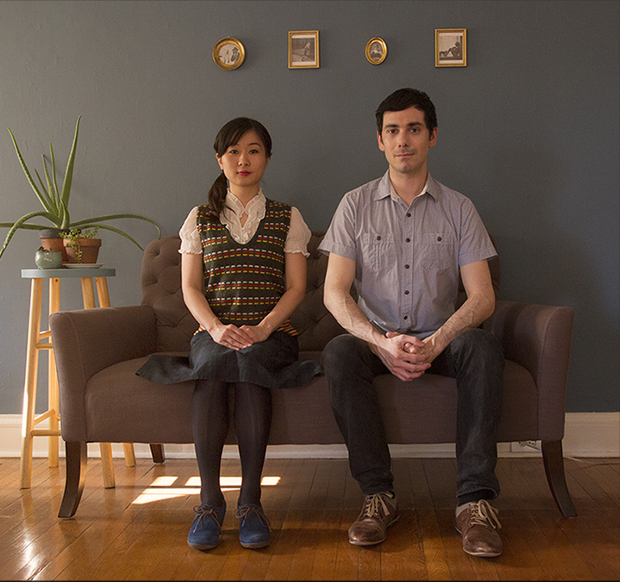