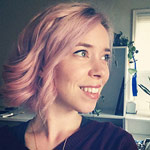 A new, terribly relatable original graphic novel about one woman’s quest to fulfill her animation career dreams will be hitting shelves in December, when BOOM! Studios releases I Moved to Los Angeles to Work in Animation from cartoonist Natalie Nourigat. The illustrated tale is both an autobiography of the artist’s ambitious move to the entertainment mecca, and a how-to for aspiring animators on surviving the ups and downs, served with humor and encouragement. Check out a special multipage preview below!

“I Moved to Los Angeles to Work in Animation is a first-person account of how I landed my first animation storyboarding job and survived my first year in Los Angeles, along with all the things I wish I had known while I was trying to break in,” said Nourigat. “I set out to make a friendly, practical guidebook relaying what I have learned thus-far so that other people can be empowered with more concrete information about salaries, career paths, studio cultures, how to meet other artists, what to put in a storyboard portfolio, and much more. I’m thrilled to release this story as a graphic novel with the potential to reach readers considering big career moves of their own, and hope it’ll help make those decisions easier.”

“As someone who spent her entire youth and the timid beginnings of her adult life staring hard at the animation industry with yearning in my heart, I Moved to Los Angeles to Work in Animation would have blown my mind with joy as a young creative,” commented Shannon Watters, Editor, BOOM! Studios. “Tally’s part memoir, part how-to would have been one of my favorite books, and I know that the unique blend of concrete advice, humor and personal experience will make it a must-have for anyone who has ever dreamed of a career in animation.”

I Moved to Los Angeles to Work in Animation will be available in print at local comic-book shops and bookstores, as well as digital books available from major online marketplaces including ComiXology, iBooks, Google Books and the BOOM! Studios App.

This is the latest title from the acclaimed BOOM! Box imprint, which issues popular original series such as  Lumberjanes by Shannon Watters, Grace Ellis, Brooklyn A. Allen and Noelle Stevenson; Giant Days by John Allison, Lissa Treiman, and Max Sarin; The Backstagers by James Tynion IV and Rian Sygh; SLAM! by Pamela Ribon, Veronica Fish & Mar Julia; Fence by C.S. Pacat and Johanna The Mad; and Goldie Vance by Hope Larson and Brittney Williams.

Natalie “Tally” Nourigat is a writer and cartoonist from Portland, OR and storyboard artist for Walt Disney Animation Studios. She is also the creator of Oregon Book Award finalist Between Gears and has illustrated works such as the Eisner-nominated The Thrilling Adventure Hour, GLAAD Media Award-nominated HUSBANDS, and A Boy & A Girl.

Follow BOOM! for updates on I Moved to Los Angeles to Work in Animation and other titles at www.boom-studios.com and @boomstudios. Keep up with Nourigat at natalienourigat.com. 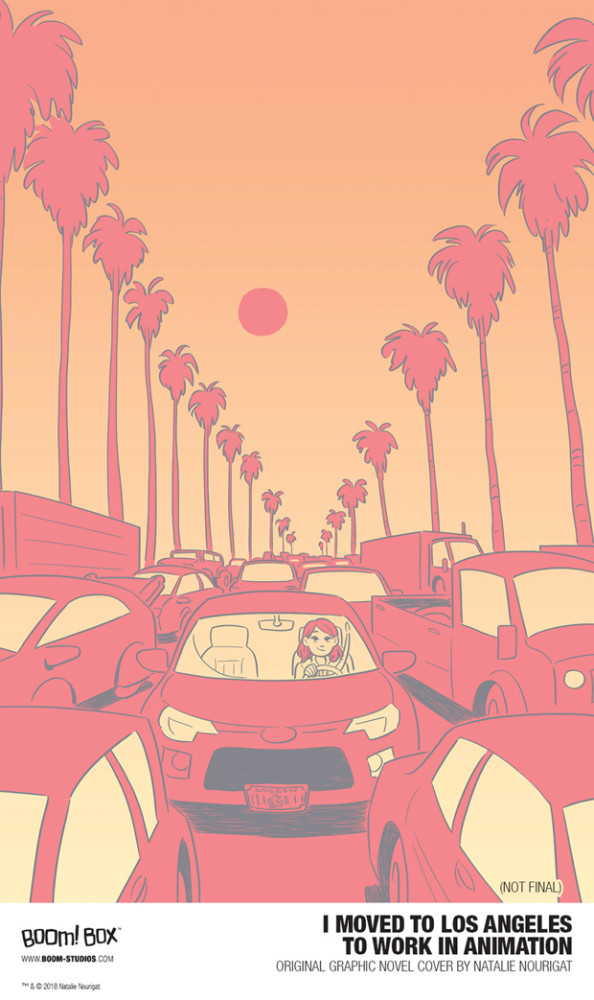 I Moved to Los Angeles to Work in Animation