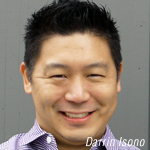 It’s good to see businesses expanding and hiring, and people in VFX and animation getting new opportunities. Here’s a few recent moves:

‘SamSam’ Scores Deals in Europe, Asia for Moonscoop
‘Five’ is Fast, But ‘Rio’ Hangs On as ‘Hoodwinked’ Struggles