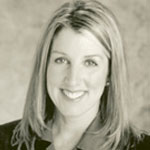 Miller will be in charge of creating and executing acquisition strategies for all Disney Kids channels in the United States, including Disney Channel, Disney XD and Disney Junior.

Previously, Miller was at Atlantyca Entertainment, where she supervised the development, production and distribution of the Geronimo Stilton animated series. Prior to that, she worked as an animation associate producer on The Simpsons Movie and spent 18 years Warner Bros., most recently as VP  of property acquisitions for the consumer products division. She began her career on the CBS soap opera Capital and has worked for Miller-Boyett Productions and produced such hit series as Baby Blues and The Oblongs.

“Karen’s expertise in kids and family television will be instrumental in generating quality programming worldwide which will reflect the core values of our brands,” says Levine.