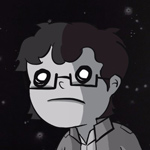 Frederator is building its highly prized digital catalog by commissioning several new, original series for its Cartoon Hangover Select channel (available on Ellation’s VRV), including Shadowstone Park from Jason Steele (Charlie the Unicorn), which premiered in December; (not)Hero from Liz Chun, coming Feb. 9; and newly launched Slug Riot, created by Mike Rosenthal. These join Cartoon Hangover originals Bravest Warriors and Bee and PuppyCat on the platform. Read on for an interview with Rosenthal below!

Shadowstone Park: A pelican with a cat in her mouth attempts to uncover the secrets of Shadowstone Park, a nature preserve where murders have become perilously frequent. The pelican is an athletic warrior-type, the cat is an investigative mastermind, and together they form the only mystery-solving duo capable of solving this tricky case. Creator/writer Jason Steele and Filmcow did all production. Available now on Cartoon Hangover Select on VRV and on YouTube

(not)Hero: Heromy is destined to be the kingdom’s hero from birth, except there’s one problem: Heromy doesn’t want to be ANYBODY’s hero. He just wants to bake banana cream pies and mostly avoid other people. But when the terrible villainess, Missie, arrives to obliterate his face, he has to confront his destiny. Or maybe run away. He’ll probably just run away.

Slug Riot (5 x 3 min.) centers on a notorious guitarist reeking of failure and sewage who returns to his hometown full of fans who want him dead to save his little sister from following in his moldy footsteps. Production services on Slug Riot are provided by Wildseed Studios and feature the directorial talent of Martin Wooley and the design talents of Louis Neubert. Justin McElroy from My Brother, My Brother and Me does the voice of Very Deadward, who claims to be an immortal swamp goblin. He is joined by Desiree Burch as Shannon, Glenn Wool as Slug Riot, DeAnne Smith as Georgia and Kerry Shale providing additional voices.

Slug Riot is created by Mike Rosenthal, who came up with one of the original Cartoon Hangover Too Cool! Shorts, Our New Electrical Morals; Rosenthal has subsequently interned on The Late Late Show with Craig Ferguson and wrote for Disney XD’s Pickle and Peanut.

I doodled throughout school and made a few animations with the default movie maker on my computer, but I first started drawing regularly in high school when I’d submit shirt designs to Threadless. I went to college for writing, so all of my drawing experience was for comics for my college newspaper. Storyboarding is just comics, so that’s how I learned to do that. Making Our New Electrical Morals for Cartoon Hangover back in 2013 was my first big project. I do some limited animation for personal projects, but that’s about it. Real animation is hard.

What’s the story of Slug Riot and its creation?

Slug Riot was a character I created for a comic in 2012 about being hardcore and crying. I fell in love with the idea of a character who’s just always emotionally extreme. For my grad school thesis, I wrote and storyboarded a 15-minute pilot about him. The current series is very different than that original pilot—different story, different characters—but Slug Riot himself is the exact same. His personality has never changed. He’s also a reflection of my love for weird music subgenres.

Are there real-life inspirations for the colorful characters in Slug Riot?

Every character is me. I was in an awful punk band with my friends in 8th grade. We were so bad that the band teacher wouldn’t let us play the school talent show. As Vonnegut wrote, all this happened, more or less.

Can you explain the musical genre you’ve dubbed as “moldcore”?

Slug Riot is the founder of moldcore, a music scene he started in his boring hometown 10 years ago. Stylistically, it reflects noise rock with some garage, shoegaze, and punk. It’s a fuzzed-out, erratic, loud mess, and if it doesn’t result in something getting damaged, then you aren’t doing it right. I made a moldcore playlist to get me in the mood when writing. It has Yuck, Mclusky, Melt-Banana, Tobacco, Flying Saucer Attack, The Brian Jonestown Massacre, Les Rallizes Dénudés, Westkust, Japandroids, and Lightning Bolt. So, moldcore is like all that. But more than a specific sound, moldcore is about self-destructing out loud.

What’s up with the blue gunk dripping out of Slug Riot’s ear?

That’s the Mold. Slug Riot’s brain is infested with it.

What kind of bands would have opened up for Slug Riot during their 10 years of touring the world?

Slug Riot would never work with a competent band. Every opener was some local teens who didn’t know how to play their instruments. Once their opener was a pack of wolves.

Is music an important part of your life? What are some of your favorite albums or your current jams?

Music was definitely how I defined myself for a long time. Once I learned that the punk and ska bands on Tony Hawk’s Pro Skater were real and not fake video game bands, I downloaded a bunch of stuff off Napster and bought my favorites at my mall’s one CD store. I had a NOFX shirt in 4th grade no one else could pronounce correctly. I took up French horn until realizing ska bands don’t have French horns and took up bass guitar instead. My older sister took me to the Warped Tour in 6th grade. I burned a CD for my Bar Mitzvah DJ to play that was full of songs you definitely couldn’t dance to. Wish I could still find that CD.

Freshman: Neutral Milk Hotel, In the Aeroplane Over the Sea

After grad school: The Go! Team, The Scene Between

Now, uh, I’ve been listening to a lot of Kero Kero Bonito. So let’s go with Bonito Generation.

If you were locked in a room for 24 hours with every TV show and movie ever made, what would you watch?

That’s my life right now, and the answer is always Frasier.

Who are some animators or artists that inspire you?

Don Hertzfeldt’s work, Homestar Runner, Clone High, and FLCL were my favorites growing up. Everything I make is me just trying to be like those. I want to make the art I wanted when I was 13 and everything felt important.

To throw all the video games into jail.

What else have you been working on lately?

I’ve been working on little cartoons with my friend Sean Godsey. We put them up on https://vimeo.com/user73952089. I still draw little comics. I also run a D&D campaign about Frasier.

How can we keep up with you? Got any of them fancy Internet links for us?

@vectorbelly is where I put all my very bad tweets. My Tumblr is vectorbelly.tumblr.com. My Instagram is a broken down toilet somewhere deep in the forest.

Please go make something creative today. It will make you feel better. 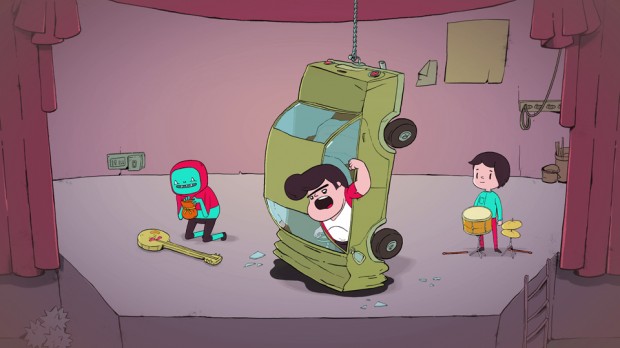 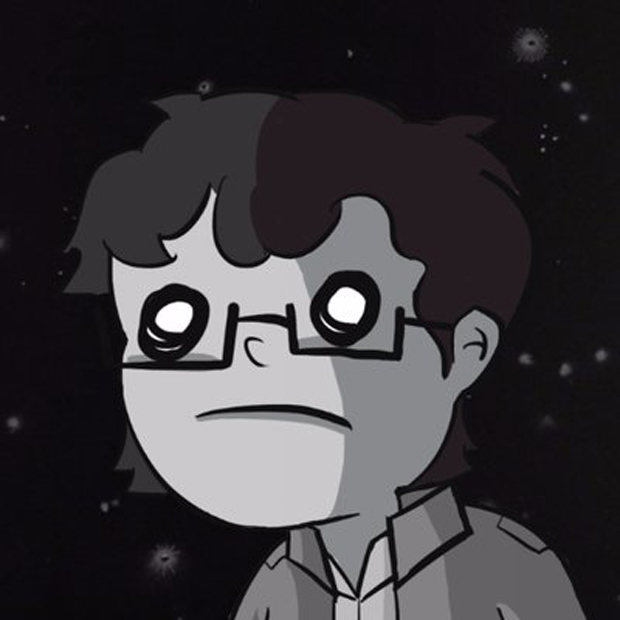