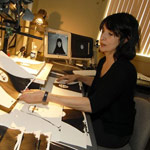 The National Film Board of Canada congratulations animation filmmaker and frequent NFB collaborator Michèle Cournoyer on winning the 2017 Prix Albert-Tessier, making her the first female in the discipline to receive Quebec’s highest cinema honor. The prize recognizes Cournoyer’s body of work and significant contribution to filmmaking in the province. The award ceremony took place Wednesday at the Parliament Building in Quebec City.

“The NFB is delighted to see this prestigious prize awarded to a female animation filmmaker, a first in the history of the award. The award underlines the important role of animation in Quebec cinema and the contribution of Michèle Cournoyer as an artist whose ability to powerfully and eloquently express a woman’s point of view on personal subjects has served as a model for young women directors. This year, the Cinéaste recherché(e) competition, through which Michèle began her animation career at the NFB, is open to women only, in order to increase their numbers in the world of animation,” said Claude Joli-Coeur, Government Film Commissioner and NFB Chairperson.

Cournoyer’s work, primarily created in black and white, is marked for its exploration of metamorphosis and deft handling of difficult topics with a sense of both humor and tragedy. Born in Saint-Joseph-de-Sorel, QC in 1943, Cournoyer studied piano, graphic arts, photography and animations. She made several independent shorts in the 1970s, including experimental collage films. She also worked as a set designer, art director, costume designer and screenwriter, collaborating on a number of local films such as Gilles Carle’s La mort d’un bûcheron (1973) and Mireille Dansereau’s L’arrache-cœur (1979).

In 1989, Cournoyer won the ninth Cinéaste recherché(e) competition, organized by the NFB French Program’s Animation Studio. The five films she subsequently made there garnered some 30 international awards.

These include the bitter seduction of A Feather Tale (1992), the rotoscoped story of musical devotion An Artist (1994); The Hat (1999), an unflinching look at incest, which screened at the Cannes Film Festival Critics’ Week; tech-vs-romance tale Accordion (2004), presented in competition at the Cannes Festival. With Robes of War (2008), Cournoyer again explored a timely topic—female suicide bombers—from a decidedly feminine standpoint.

Cournoyer left the NFB in 2009, but her next film, Soif (2014), which deals with alcoholism, was produced by Unité centrale and co-produced by the NFB. These six films, produced or co-produced at the NFB, are streaming free of charge at NFB.ca through the linked titles above.

You can watch a video interview with Cournoyer on the NFB website here.

Cournoyer was also named this year’s recipient of the Governor General’s Award in Visual and Media Arts.

The Prix Albert-Tessier is one of 14 Prix du Québec awarded every year by the provincial government, named for the historian, filmmaker and priest who celebrated nature, history and culture in his nonfiction works. Previous awardees include animation filmmakers Frédéric Back (1991) and Norman McLaren (1982). 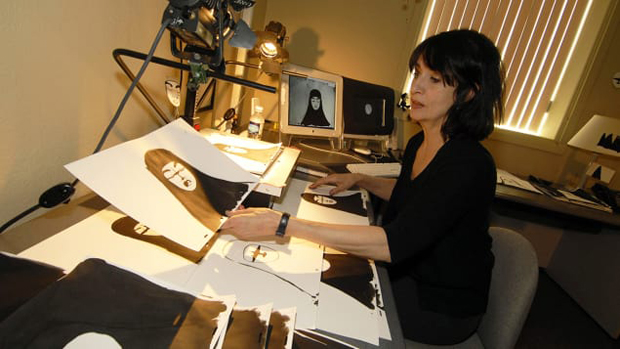